Going Even Bigger on The Border: A North American Infrastructure Push

Contrary to popular sentiment, the Trump administration’s approach to U.S. borders and security could be less bold than is required by current circumstances. Going even bigger on the border would entail not just convincing one ally to pay for security measures, but working with two—both Canada and Mexico to develop and finance a major North American border upgrade that improves security, further prevents illegal migration, and helps our workers and their export products compete better in global markets. Given ongoing U.S. budgetary constraints, sharing costs with two other countries and looking for creative public-private financing options would allow the United States to keep costs down, while doing a critical upgrade to security and commerce.

An early signal of U.S. intent not to back away from North America, but to double-down on North American competitiveness, is in order from the Trump administration. This could take the form of calling for a North American cabinet-level meeting in the United States with Canadian and Mexican counterparts to kick-start discussions for a concrete, comprehensive, trilateral infrastructure deal to upgrade U.S. borders to the North and South.

At the end of the day, America should be more secure and, at the same time, it’s workers given every opportunity to compete in global markets. We can do both things at once. We can build more barriers if those are necessary in some places and cut back on shipping times, facilitate the movement of legal goods, human capital and inputs, improve our cross-border energy and rail infrastructure and make doing business in North America easier for American small-and medium sized businesses.

For a compelling rationale to make North America work better, not just for security, but to help American workers be more competitive, one needs to look no further than CSIS’s Reconnecting Asia Project. American workers must compete in global markets and need world class infrastructure, not only internally, but also at our northern and southern limits so we can import efficiently what we do not competitively produce and lower costs of our exports. CSIS’s Asia experts note that, “Since the 1980s, infrastructure investment has been trending down in the Western developed world to a level of about 2.5 percent of GDP while rising to 5.5 percent in emerging markets. Japan and China have the highest capital expenditure in infrastructure at 5 percent and over 8 percent of GDP respectively.” The interactive CSIS Reconnecting Asia site analyses the implications of China’s One Belt, One Road (OBOR) infrastructure program. “China’s One Belt, One Road (OBOR) initiative is at the center of this [infrastructure] push. Estimates vary, but all point toward an ambitious endeavor. Geographically, OBOR could span 65 countries responsible for roughly 70 percent of the world’s population. Economically, it could include Chinese investments approaching $4 trillion.” Asia is on the move.

There is little debate that more can be done to secure the U.S.-Mexico border in both directions, to prevent the flows of illegal goods and people. Drugs and people come northward, while guns and funds head south. Further securing the U.S.-Mexico border can be done through a combination of physical barriers, where such measures are appropriate and cost-effective, technology to keep threats from reaching the border in the first place, and increased manpower on both sides. This is the multi-layered approach currently in practice thanks to bilateral cooperation and the building of trust between security services. Information exchange, modern shipping infrastructure and technology, and intelligence cooperation ensure that many threats are intercepted early. Trusted trader programs and trusted-traveler pilots and programs have been expanded in recent years to facilitate and reduce costs (time) for the crossing of legal goods and persons.

Any meaningful border security discussions with Mexico aimed at curbing illegal immigration must also correctly identify and address the current migratory crisis, which is not Mexicans crossing into the United States, but citizens of Central America fleeing violence and lack of opportunity there. The United States and Mexico, together, can review and build upon existing policy frameworks looking to stem those flows primarily from Guatemala, Honduras, and El Salvador. There is much more that could be done to slow flows by focusing more attention on Mexico’s southern border as well as on U.S. policies in Central America, including the Alliance for Prosperity.

The security picture, however, is only part of the story.

Roughly 80 percent of U.S. trade with Mexico crosses the land border by truck, rail, or pipeline. A myriad of transportation studies exist at the state level regarding border wait times, and the cost to the U.S. economy of idle trucks waiting to cross. Estimates vary, but the clear picture emerges that waiting because of infrastructure inefficiencies costs money and jobs in the billions and hundreds of thousands, respectively. 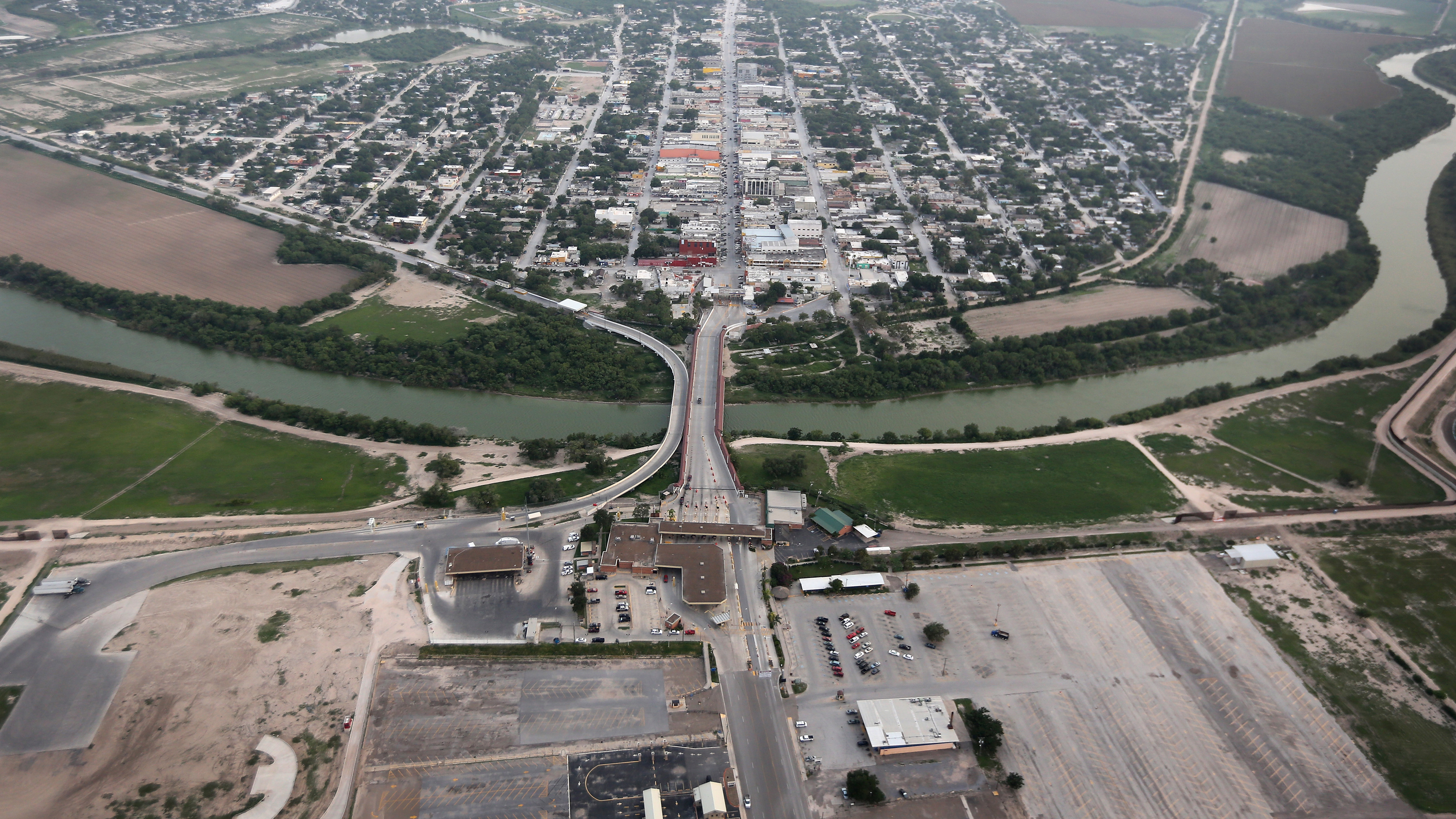 On the Canadian side, more than a quarter of all trade with Canada passes over a single bridge, the Ambassador Bridge between Detroit, Michigan and Windsor, Ontario. The Ambassador bridge’s construction was completed in 1929, and it bears up to 10,000 vehicle crossings per business day. From both a national security and trade standpoint, it is not ideal to have an economic relationship of that volume handled over one, narrow and dated, point of entry. After years of bilateral discussion with the United States, the Canadian government is financing the entirety of a new bridge alone, to the tune of roughly US$4 billion. The Gordie Howe Bridge is a complex project, with remaining hurdles before it, but one that is sorely needed to modernize cross-border flows in both directions.

Coordination and prioritization of border infrastructure has always been a major challenge, both within sovereign governments and between them. The reason is simple: border projects invariably involve multiple agencies at the local, state, and federal levels within each government and then require having all of those stakeholders on each side coordinate with the parallel set on the other.

The story that has reached the status of North American lore is the tale of the Tornillo-Guadalupe port of entry, outside of El Paso. For many years the crossing was known as the “bridge to nowhere,” as construction on the U.S. side of the entry was begun in 2011 and completed two years later with a bridge that literally stopped at the border with Mexico. The Peña Nieto government began construction on the Mexican side in 2013. The fully operational bridge was inaugurated by President Peña Nieto with U.S. officials in February 2016. That new bridge, spanning six lanes, replaced a two-lane bridge built in 1938. [1]

Once projects are prioritized, funding, particularly on the U.S. side, has been an obstacle. A focus on border infrastructure by the Trump administration, with the support of Congress and the private sector, could change that. Various border financing proposals and ideas have been discussed in recent years—among the ideas have been to expand the charter of the already existing North American Development Bank (NADBank), or create a North American Infrastructure Fund.

There are other creative public-private options. The Department of Homeland Security’s Customs and Border Protection (CBP) has an existing mechanism for private-sector contributions to border infrastructure projects. Known as Section 559, the underutilized program has been operational since 2014 and allows CBP and the General Services Administration (GSA) to, under certain circumstances, accept private donations toward infrastructure projects. There may also be some interesting lessons from Otay-Mesa East (San Diego) and models of tolling that could be re-examined for broader lessons. Options are many, creativity is in order, pluses and minuses can be weighed, but the needs on both the security and border efficiency fronts are urgent.

Why Do Alone What We Can Do Better With Help?

Perhaps more importantly, we can do this together. Both Canadian Prime Minister Trudeau and Mexican President Peña Nieto have already made public commitments to infrastructure upgrades. The elements of a solution are in place, should the three governments choose to combine them. The cabinet-level meeting should include relevant agency heads, both security and commerce-related, from all three countries whose agencies would be tasked with drafting the details of the plan. It would include planning for physical barriers as well as technology and infrastructure upgrades such as planning for new points of entry. Such a meeting would be designed to set the tone for future cooperation.

Instead of asking one country to pay for border security upgrades, let’s work with two countries, and all three private sectors, to modernize our security and trade infrastructure at the same time, at both the northern and southern borders. American workers deserve no less.

Kimberly Breier is the director of the U.S.-Mexico Futures Initiative and the deputy director of the Americas Program at the Center for Strategic and International Studies (CSIS) in Washington, D.C.

[1] Interestingly, the US Congress passed a bill in 2016 to rename Tornillo-Guadalupe after an undocumented immigrant, Marcelino Serna, who lived in El Paso and fought with valor for the United States in World War I. He was the most decorated WW I soldier from Texas and became a US citizen in 1924.