The Gulf Military Balance in 2010: An Overview

The Southern Gulf states have far more modern weaponry and military technology than Iran, and far larger numbers of modern weapons. They are spending far more than Iran, and importing far more – with far better access to the most modern weapons. Iran so far has not made good on its claims of creating a significant domestic industrial capability to provide its own modern weapons, and much of its inventory is either the worn product of the Iran-Iraq War, or an even older inventory of weapons it obtained from the US and Europe during the time of the Shah.

Iran is, however, building up a major capability for asymmetric or irregular warfare, and the Southern Gulf states still cooperate largely in terms of the hollow rhetoric emerging out of the ministerial meetings of the Gulf Cooperation Council (GCC). Their lack of cooperation, interoperability, and serious exercise activity cripples their ability to act with any unity and makes them more of a facade than a force. It also makes them far more dependent on the US, while limiting their collective ability to fight along side the US in a major crisis.

These issues are address in a new study by the Burke Chair at CSIS entitled The Gulf Military Balance in 2010. This report is available on the CSIS web site at https://csis-website-prod.s3.amazonaws.com/s3fs-public/legacy_files/files/publication/100422_GulfMilBal.pdf, and provides a detailed quantitative and graphic analysis of the major trends in the balance as of 2010. It makes it clear that Iran is anything but a meaningful military hegemon, and is – in fact – a third rate military power in every aspect of warfighting other than irregular warfare. At the same time, it is all too clear that the Southern Gulf states will remain their own worst enemy until they can translate decades of hollow rhetoric from the Gulf Cooperation Council into a far more cohesive and effective military reality.

Downloads
The Gulf Military Balance in 2010: An Overview
Written By 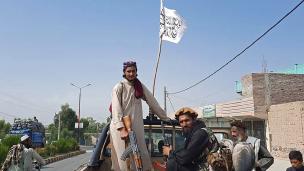 The Lessons of the Afghan War That No One Will Want to Learn
By Anthony H. Cordesman
June 15, 2022
View all content by this expert