A video of Kurdish farmers dumping truckloads of tomatoes onto the ground went viral in Iraq. Cheap—and reportedly low quality­—tomatoes from neighboring Turkey and Iran were driving down demand for Iraqi-grown products and the local farmers could not sell their produce. Following local outrage, the Kurdistan Regional Government (KRG) banned the import of foreign tomatoes in hopes of increasing demand for domestic products. But even after the ban was implemented, tomato traffickers have continued to inundate Iraq’s markets with illegal produce.

As Turkey and Iran struggle economically, they have flooded towns across Iraq with cheap manufactured goods and produce. Iraqis are fighting back, organizing “Made in Iraq” movements that encourage the purchase of local goods. An annual pomegranate festival in Halabja promotes local pomegranates as far superior than those from neighboring states. Similar celebrations for honey, grapes, and other products stoke local pride.

Iraq has long been a stage for its neighbors’ proxy conflicts. Many Iraqis have concluded that self-sufficiency is the only way out. In December, protesters in Baghdad took aim at Iranian imports, inspiring a slew of viral videos in which Iraqis film themselves buying or eating Iraqi products. The Iraqi government has encouraged local movements, implementing protectionist policies to support local farmers.

Even so, Iraqi farmers face a foreign threat. Local produce relies on irrigation from the Tigris and Euphrates rivers, but those rivers flow through Turkey and Syria, too. Upstream dams have already lowered water levels in Iraq. When even domestic produce relies on water that flows from outside Iraq’s borders, insulating the country from the vicissitudes of the neighborhood is harder than it looks.

This article is part of the CSIS Middle East Program series Mezze: Assorted Stories from the Middle East. 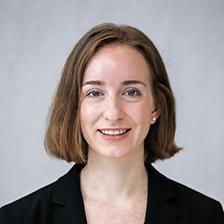