This commentary is an expanded version of an article published in Defense News on September 20, 2022.

North Korea’s recent launch of a long-range ballistic missile over Japan is the latest reminder that the United States faces an increasingly perilous security environment. It is an environment defined by the expansion of offensive missile arsenals of potential opponents, who continue to integrate these weapons into their strategies of coercion, intimidation, and aggressive military behavior. Today, the United States possesses defenses against an intercontinental ballistic missile (ICBM) attack on the homeland by “rogue states” like North Korea and potentially Iran. This is a result of investments made over the last twenty years in the Ground-based Midcourse Defense (GMD) system that presently includes 44 Ground-based Interceptors (GBIs).

However, over the past half decade, the missile threat to the homeland has become more urgent. North Korea has launched more than 30 ballistic missiles in 2022, the most it has ever launched in a single year, and it is continuing to make progress in its nuclear weapons program, including preparing for another nuclear test. North Korea’s ICBM launches this year follow the flight test of two different types of road-mobile ICBMs in 2017, the 2020 display of a new, larger ICBM during a military parade, and the test of a submarine launched ballistic missile (SLBM) this past spring. Meanwhile, Iran’s continued development of several different types of space launch vehicles, along with its ongoing pursuit of nuclear activities, promises to shorten Tehran’s pathway to a long-range ballistic missile that can reach the United States.

In response, U.S. officials are considering how to improve missile defenses to deter possibly larger and more sophisticated rogue state missile threats and, if deterrence fails, to continue providing reliable protection to the nation. At the same time, these developments have raised concerns among some in the national security community that an increase in the scale or complexity of the North Korean missile threat may eventually overwhelm the GMD system, thereby calling into question the broader strategic value of improving or maintaining the nation’s missile defenses.

This argument too readily discounts the contribution missile defense makes to U.S. deterrence and defense strategy even in the context of an expanding missile threat. Moreover, it leads to a mistaken “all or nothing” approach to defending the United States against significant dangers.

For much of the past 20 years, a consensus has existed across Republican and Democratic administrations and Congresses about fielding national missile defenses to counter unpredictable nuclear-armed regimes like North Korea and, potentially, Iran. Before walking away from this, there are a number of considerations to make that inform the case for sustaining and improving homeland missile defense as North Korean missile threats increase.

The first is the uncertainty surrounding the evolution of the missile threat over the next decade. While North Korea is unalterably committed to its ICBM program, its projected arsenal size and development pace remain uncertain. U.S. decisionmakers prudently assess worst-case scenarios, but should also recognize it has taken Pyongyang decades to get where they are. North Korea has encountered technical and developmental setbacks in its ICBM program that not only impact the pace of how this threat may evolve but raise questions over the operational reliability of such complex weapon systems. What is also not known is how many ICBMs North Korea would launch (or hold in reserve) throughout the duration of a conflict. Moreover, there will almost certainly be some degradation of its missile arsenal through the growing U.S. capability to destroy missiles prior to launch. Assessments about when and whether U.S. missile defenses can be “overwhelmed” should not readily dismiss these factors.

Second, missile defenses do not have to be large or perfect to inject uncertainty, complexity, and doubt into both the opponent’s prewar planning and their execution of missile strikes. Even limited defenses can undermine an adversary’s confidence in their ability to achieve military objectives, thereby reinforcing deterrence. The existence of U.S. homeland missile defense strengthens deterrence by adding a new and daunting prospect to North Korean calculations over the risks and benefits of launching ICBMs: the United States will confront the aggressor with the prospect that their limited attack will be futile while incurring the risk of a devastating U.S. response.

Third, even in the face of possible advances in rogue state long-range missiles, missile defenses provide significant value in a crisis to blunt blackmail or coercion where the adversary seeks to undermine U.S. political will by threatening limited strikes. In these circumstances, the U.S. ability to counter coercive nuclear missile threats is especially important in upholding security assurances to allies in the Indo-Pacific who face growing North Korean efforts to intimidate the United States into staying out of a potential regional crisis or conflict.

Fourth, it is imprudent to rule out the possibility that deterrence might fail. Deterrence is imperfect because crises have unpredictable dynamics fraught with misperception and miscalculation capable of producing outcomes unforeseeable at their outset. Russia’s missile war against Ukraine is a sobering reminder of these risks. There will also be situations in which deterrence of attack may simply be irrelevant, particularly in those instances where a nation’s leader believes that they may be captured or killed during a war and has little to lose in launching their ICBMs as a last measure of desperation to stave off defeat. North Korea recently passed a set of laws lowering the threshold of nuclear use by expanding the circumstances under which it is prepared to employ these weapons. This includes nuclear first use, in a crisis or conventional military conflict, if the North Korean regime concludes there are indications of an attack against the leadership. Under these conditions, even if the United States does not have the ability to intercept every missile, defenses would be vital to protecting the country and reducing the scale of destruction.

In support of these deterrence and defense goals, the Department of Defense’s (DOD) Fiscal Year 2023 budget request takes a number of initial steps to align the homeland missile defense posture to increasingly challenging missile threats. These measures include continuing the bipartisan policy to improve the capability and reliability of the GMD system and the GBIs through the Service Life Extension Program (SLEP). That program should be expanded to bring all 44 GBIs up to the very latest configuration in terms of interceptor reliability and performance. This is an affordable and near-term measure to secure the effectiveness of the current force structure well into the 2030s and provides a hedge against uncertainties, including both the uncertainty of future threat capabilities and the possible technical risk inherent to our own weapon system development plans.

More importantly, DOD is proceeding with the modernization of the GMD system to ensure it can effectively counter larger and more advanced rogue state ICBM threats. This includes funding the development of a new interceptor, known as the Next Generation Interceptor (NGI), that is expected to add 20 additional interceptors beginning in 2028. Each of these newer interceptors will be deployed with “multiple kill vehicle payloads to reduce the number of interceptors required to defeat a single ballistic missile threat to our Nation.” The NGI program with the multiple kill vehicle (MKV) represents a significant technological development in the direction of reducing the overall cost per interceptor while increasing the effectiveness of the homeland defense posture against potentially larger missile threats. DOD is also leveraging a competitive acquisition strategy to ensure reliability and apply lessons learned from previous programs. Additionally, as the existing 44 GBIs move toward the end of their service life in the 2030s, NGIs would be available to supplement and eventually replace them, providing for a fully modernized missile defense system.

The budget also funds improvement to the network of space- and land-based sensors crucial to the tracking and targeting of incoming missiles. DOD recently completed the construction of a new Long Range Discrimination Radar (LRDR) in Alaska and is developing the Hypersonic and Ballistic Tracking Space Sensor (HBTSS). Together, these systems provide enhanced tracking and discrimination of advanced ballistic and hypersonic missile threats, which in turn contributes to more efficient use of missile defense interceptors.

Collectively, these efforts to build a second-generation homeland defense system lay a foundation to address more capable missile threats from countries such as North Korea and Iran in the years ahead. However, if the United States is to avoid the risk of allowing its missile defenses to lapse into technological obsolescence over time, it is essential not only for the administration and Congress to sustain current modernization efforts, but to define a clear strategy for the next generation of missile defense concepts, technologies, and capabilities. This means taking advantage of advanced technologies to fight in new ways as is done in other domains of military power. Just as the Pentagon is developing a sixth-generation fighter-interceptor and an eighth-generation ICBM to adapt to evolving military technology, threats, and opponents, the path to more capable and effective missile defenses requires a commitment to pushing the boundaries of new technologies and then moving with speed from acquisition to deployment.

For missile defense, directed energy weapons in the form of lasers and high-powered microwave systems hold considerable promise as prospective pathways to next generation missile defenses providing for more effective interceptor capability at a potentially lower cost. Kinetic interceptors deployed on manned and unmanned airborne platforms could enable boost-phase engagements and add layers to the U.S. active defense posture. Additionally, progress in the U.S. commercial satellite sector over the last decade has produced cheaper and more capable platforms for basing sensors to track complex missile threats, including those that may carry countermeasures and decoys intended to evade missile defense.

As the United States considers how best to improve and modernize its homeland missile defenses, Russia can be expected to escalate its opposition to these efforts. It will argue that additional U.S. missile defenses pose a threat to Russia’s nuclear forces and will provoke a “destabilizing” nuclear arms race. This contention is problematic for a number of reasons. First, Russia possesses an unquestioned capability to overwhelm U.S. missile defenses, even in a modestly expanded form, given its large, diverse, and advanced strategic missile arsenal. Second, the United States has long accepted Russian homeland missile defenses, which includes 68 nuclear-armed interceptors, a force posture larger than anything the United States possesses now or will have in the foreseeable future—and yet this has not led to U.S. “arms racing” behavior. Russian strategic defenses are undergoing modernization with new interceptors and are being expanded with the introduction of the S-500 system, which will be capable in the future of intercepting long-range ballistic missiles. Third, with improved yet still limited defenses, the United States would be doing nothing more than acknowledging the importance of countering emerging missile threats to the homeland—a position long understood by Russia, which, incidentally, views its own missile defense and nationwide damage limitation capabilities as wholly consistent with its conception of strategic stability.

While the United States may not be able to eliminate all rogue state ICBM risks over time, it can lower these risks through smart technology investments in missile defenses that aid in deterring threats, and, should deterrence fail, in limiting the scope and scale of destruction to the nation. These considerations suggest that the logic of limited missile defenses remains compelling even as the North Korean threat evolves.

Peppi DeBiaso is a senior associate (non-resident) with the Missile Defense Project at the Center for Strategic and International Studies in Washington, D.C and former director of the Office of Missile Defense Policy at the U.S. Department of Defense from 2000 to 2021.

The views expressed here are those of the author. 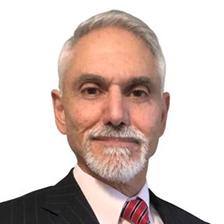 Most Recent From Peppi DeBiaso