How Big a Deal is the U.S.-China Climate Announcement?

On November 12, the United States and China released a joint statement on climate change revealing for the first time both countries’ post-2020 emissions targets. These targets will also serve as their pledges for the next major milestone- the 2015 negotiations in Paris - in the ongoing international climate change negotiations under the UN Framework Convention on Climate Change (UNFCCC). This is not the first joint statement on this topic by the two countries, nor is it a new area of conversation or cooperation. Closer coordination between the United States and China on climate change has long been a major priority for the Obama administration and is seen by many climate experts as the key to any plausible path forward for global negotiations and emissions reduction.

This most recent announcement includes the following:

•    The United States pledges to reduce net greenhouse gas emissions 26 percent below 2005 levels by 2025 and will try for 28 percent.
•    China pledges to have its carbon dioxide emissions peak around 2030 and will try to accomplish this earlier – it will also strive to meet 20 percent of primary energy demand through zero-carbon sources.
•    The agreement states both countries agree to have legally binding components in an international agreement.

These commitments build off of the previous pledges by both countries – the U.S. to reduce emissions 17 percent below 2005 levels by 2020 and China to reduce emissions intensity by 40-45 percent by 2020 (this included a 15 percent zero-carbon energy sources by 2020 goal).
It is clear, given the timing and nature of this announcement, that it has multiple purposes – first, to create some momentum around the climate negotiations leading up to the Paris 2015 round by raising the promise of serious political commitment; second, to create some foundational conditions for the climate negotiations (pressure Brazil and India, show where the major areas of agreement can be found, etc); and third, signal to a U.S. domestic audience that the climate agenda is very much alive and kicking during the final years of the Obama administration (the potential messaging to a Chinese domestic audience appear less clear or direct). Outside these intended impacts, how big a deal is it really? It depends, of course, on who you ask.

The “it’s a big deal” proponents make for strange bedfellows.  U.S. congressional Republicans, the Obama administration, and environmental groups have all touted this agreement for different reasons.  The latter two camps see the announcement as a harbinger of an ultimate global climate agreement.  The U.S. and China account for over 40 percent of global emissions, add in the EU and you now have over half of the world carbon emissions covered under some sort of post-2020 pledge of note. Measured against the Kyoto Protocol, which went into force when it was ratified by 55 signatories and for at least 55 percent of 1990 emissions, the Beijing announcement could indeed look like the makings of a big deal. Many Congressional Republicans, on the other hand, have argued that the policies leading the U.S. to its goal will create economic hardship for the United States and that the imbalance between the U.S. emissions reduction pledge and China’s emission peaking pledge is a bad deal that gives China a competitive advantage. They also contend that there is no realistic way the Chinese economy can de-carbonize and add the required 800-1,000 gigawatts of new zero-emissions capacity that will be required. For Republicans, adopting a “it’s a big deal” stance can also play into the existing political narratives of government overreach and a “war on coal.” Other perspectives, including some outside the climate change community have even remarked that it is a big deal from the vantage point that it served as one of the most productive and successful areas of dialogue between the two countries at this important visit. For the narrowest set of observers – the UN climate negotiators – this announcement is a powerful signal that China is willing to be viewed as cooperating with a group other than the least developed (G77) or BRIC countries going into the 2015 negotiation period.  This should be tempered with the reality that even in past instances where the Chinese have “given ground” in bilateral announcements with the United States, they have still played a tough negotiating role within the negotiations themselves.  Nonetheless, having the world’s two largest emitters signal some level of commitment is a significant gesture.

Those who argue that it’s not a big deal seem to do so for two reasons.  The first is that the pledges themselves are not all that ambitious relative to the overall challenge. Even a 26 percent cut in U.S. emissions – roughly another 1.1 billion metric tons beyond existing U.S. reductions through 2012 – would correspond to only 3 percent reduction in global emissions of 36.5 billion tons (and growing). Thus, these new U.S. and China targets are not enough to put the world on a path toward reducing emissions at a rate that scientists say would allow us to avoid climate calamity.  Post-2025, even steeper emissions by a broader array of countries would be necessary, however these pledges by themselves don’t guarantee future action. The second reason is predicated on the idea that the incremental nature of the current climate regime is unlikely to succeed anyway, and these announcements do not change that basic reality. In a perfect world, even if the agreement were strong, binding, and totally verifiable, compliance would be hard to come by and hard to enforce. Many in the international treaties and agreements space point to the sheer number of agreements and pledges that have been made and broken across a range of issues as proof to this point.

After careful review of the agreement, the reactions thus far, and the challenges ahead, it is abundantly clear it's too soon to assess the agreement's impact and whether it can deliver on the expectations heaped upon it.  Yes, it offers a much needed boost of enthusiasm for an agenda that has been struggling to garner attention. (Even a major, traffic-blocking climate summit in New York in September received precious little public coverage.) Yes, it changes the negotiating dynamics in the UNFCCC process and that may help unlock an easier path to an agreement. And yes, it gives a slightly longer timeframe and signal for the direction of current policies in both countries. But to the extent that the announcement is merely a slightly more ambitious riff on existing policy directions in both nations, it does less than what is required to catalyze new spending and investment on lower carbon energy sources until new/under development supporting policies are put in place. Moreover, for those who argue that the goals are not ambitious enough, it risks sending a signal to other nations that they can simply sum up the efforts they are already making on climate, set the target a little bit beyond what those measures would reach, and bring those “stretch goal” commitments to the table as pledges.  Some argue this is a much more pragmatic approach to building a durable agreement and achieving progress while others view it as tamping down efforts towards greater emissions reduction ambition.

Finally, it's worth revisiting for a moment just how practical it is to expect both nations to comply fully with the new agreement.  As discussed above, to a large degree the overall pledges represent summations of previously stated national-level commitments with some added ambition.  But those commitments will not necessarily be easy to meet.  For example, China must add the rough equivalent of the entire U.S. power generating fleet in zero-carbon emission capacity in 15 years. The United States must cut its entire economy's emissions by more than a quarter from 2005 levels -- with no meaningful CO2 regulations on the manufacturing or agricultural sectors on the books, this will be difficult.

It is safe to assume that the discussion is only beginning about how these goals can or should be met.  Before shifting our attention to India, Brazil, and other rapidly growing (and emitting) nations, it's likely that more information from the United States and China will be required to map out a bit more completely how they plan to get from here to there. While key policies have been articulated and now headline-grabbing dual pledges have been issued, serious questions remain about what paths they themselves will pursue.  And no doubt, India, Brazil and the rest of the world are likely to want answers to those questions before they themselves make similar commitments. 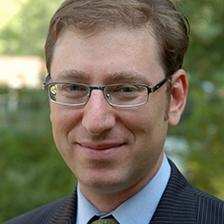