How Does Civil Society Protect World Heritage in a World Facing Growing Authoritarianism?

UNESCO’s 44th session of the World Heritage Committee (WHC) came together for its annual meeting in the last two weeks of July. Having been canceled last year because of Covid-19, the conference was extended from the usual 10 to 14 days. The ongoing pandemic, however, required that only a small representation be present in the host country, China; all other participants, including the voting members of the committee, joined via webcast. The result was a hybrid event which took place during the four European midday hours due to the time lag, resulting in a program with limited communication possibilities, especially for participants with observer status.

The agenda foresaw four full days to discuss 42 new nominations (and 3 extensions) to the World Heritage List, but only two and a half days to assess the conservation status of 202 already inscribed World Heritage Sites—only 17 of which were discussed; the resolutions on the other 185 sites were approved without discussion. Two sites—the Acropolis of Athens and the Curonian Spit—which are in acute risk due to construction projects and tourism development, were not even on the agenda. Unlike other years, only 4 of the 52 sites on the List of World Heritage in Danger were discussed.

Of the 17 sites that were reviewed, the draft decisions of the technical advisory bodies (International Union for Conservation of Nature, IUCN, for natural sites, and International Council on Monuments and Sites, ICOMOS, for cultural sites) suggested inscribing 7 of them on the List of World Heritage in Danger, including Venice, the Kathmandu Valley, and Australia’s Great Barrier Reef. All seven drafts were shredded by a phalanx of authoritarian states: Russia, China, Egypt, Ethiopia, Saudi Arabia, and Thailand. The few other states that made efforts to adopt decisions based on technical evaluations—especially Norway and, to a degree, Australia and Spain—fought a losing battle.

Against this backdrop, how can civil society continue to fulfill its role in protecting world heritage? At Fuzhou, nongovernmental organizations (NGOs) from all over the world tried hard to draw realistic pictures of the situation of World Heritage Sites, in contrast to more favorable portraits found in official reports, but they had no chance under the leadership of Tian Xuejun, the Chinese chairman of the WHC and vice minister of education. The reduced role for civil society was underpinned by his decision to reintroduce the practice abandoned three years ago of NGOs being given the floor only after decisions had been adopted, therefore excluding them from the decisionmaking process. Later, he reduced their speaking time from two minutes to one, then scrapped the opportunity altogether. Norway, alone, pointed out the important contributions of civil society.

The same fate was met by the representatives of Indigenous peoples, who had to highlight repeatedly that the United Nations gives them the right to “free, prior and informed consent” to all decisions that affect them, while this right was disregarded in many nominations for the World Heritage List and other decisions.

Actions against civil society at the WHC meetings reached an unfortunate peak when the Venezuelan representative of the Nicolás Maduro regime accused SOSOrinoco—an advocacy group that works anonymously on the ground in Venezuela to shed light on the increase of illegal gold mining in Venezuela’s Amazonia and Orinoquia regions—of following a fascist agenda and receiving instructions from Washington, D.C. Since its beginnings in 2018, one of SOSOrinoco’s main goals has been to inform UNESCO’s World Heritage Centre on the critical situation at the Canaima World Heritage Site and pressure the center to demand long-overdue reports from the Maduro regime.

By analyzing high-resolution satellite images donated by MAXAR Technologies, SOSOrinoco has demonstrated the continuation of illegal gold mining inside Canaima National Park, despite the Maduro regime’s efforts to construe the evidence as traces of past activity. The images show that mining in Canaima has been increasing since 2016 when Maduro illegally decreed 12 percent of the Venezuelan Amazon—an area the size of Portugal—as a “mining development region” known as the Arco Minero (“Mining Arc”).

SOSOrinoco’s technical reports have been well received by UNESCO in accordance with their operational guidelines that welcome technical input from NGOs because they contribute to safeguarding World Heritage Sites.

Sadly, but not surprisingly, the WHC session held in Fuzhou, China, showed the willingness of certain state parties to pressure civil society into silence. The brawl involving Canaima is a case in point. Decision 44 COM 7B.199 on Canaima was approved unanimously and recommended, among other things, that the WHC request the government of Venezuela to invite a WHC/IUCN “Reactive Monitoring Mission” in 2022 to assess the World Heritage Site, including on-site visits. Following the approval of this decision, the NGO World Heritage Watch delivered an oral statement on behalf of SOSOrinoco, reiterating that illegal mining is an ongoing activity and offering technical support to a future UNESCO Reactive Monitoring Mission to Canaima.

What ensued was an attack on NGOs in general, and SOSOrinoco in particular, by the Venezuelan representative and other members of the WHC. They made political allegations against civil society and disregarded science-based recommendations of the advisory bodies and secretariat, thereby eroding the credibility of the convention.

Not a single state party initially spoke up against this hostility toward NGOs at a UN forum. NGOs that deal with UNESCO’s World Heritage Centre have often heard the encouraging words of Director Mechtild Rössler and her team regarding the role of civil society, so it was concerning to witness not only the attack, but the fact that democratic state parties remained passive. The next day, the U.S. representative did speak up in this regard, disputing the comments made by Venezuela and its allies.

Obviously, politicization is a dangerous trend and should be addressed, but the fact is that Venezuela and its allies—not SOSOrinoco, nor World Heritage Watch—abused the convention by making political statements, rather than addressing technical points, and by slandering members of civil society they consider to be inconvenient.

In contrast to the strictly technical contributions of civil society and Indigenous peoples, the session deteriorated into highly politicized debate: pretexts were put forward by Russia, China, Saudi Arabia, and other members of the committee to overrule fact-based draft decisions of the WHC and advisory bodies, for the sake of national interests that have little, if anything, to do with the purpose of protecting world heritage.

With such disrespect of the work of its own secretariat and expert advice, the WHC further eroded its credibility and that of UNESCO in general. Its collective failure to put expert advice, including from civil society watchdogs, above other interests, places all World Heritage Sites at risk. Governments are being allowed to continue neglecting or damaging their World Heritage Sites.

It is of little help, however, to point fingers at the current members of the WHC. For too long, the WHC has been the exclusive domain of experts and governments, denying civil society and Indigenous peoples the participation which has been common practice in other UN conventions for decades. The convention’s 50th anniversary in 2022 would be a good time for new state parties to assume leadership, introduce long-overdue reforms, and remind certain members of the WHC that their task is only to protect world heritage.

Committee members should act on behalf of humankind, not their temporal national interests. Responsible countries should run for membership so that the fateful course of world heritage can be changed. In November 2021, most of the above-mentioned countries rotate out of the WHC. This would be the opportunity for countries such as Canada, Germany, France, the United States, Mexico, Japan, New Zealand, and others to throw their hats in the ring and to bring urgently needed changes in the run-up to the 50th anniversary of the WHC. But that alone will not be enough. The international community needs to realize that by inscribing sites as “the common heritage of humankind,” they assume a responsibility for their safeguarding. This should be reflected in the policies of the donor community. World Heritage Sites, particularly in developing countries, can become engines of sustainable regional development, and the populations in their environment will finally feel the benefits they are rightfully expecting.

Cristina Vollmer Burelli is a senior associate (non-resident) with the Americas Program at the Center for Strategic and International Studies (CSIS) in Washington, D.C. Stephan Dömpke is founder and cochair of the NGO World Heritage Watch. 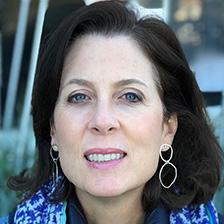 Most Recent From Cristina Vollmer Burelli 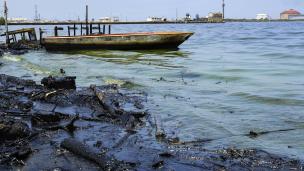 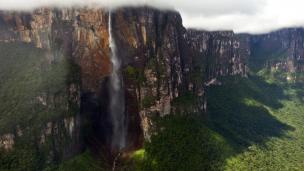 Online Event: Illegal Mining in Venezuela: Death and Devastation
June 26, 2020
View all content by this expert