On February 19, 2019, President Trump signed a new Space Policy Directive, which directs the Department of Defense (DoD) to formally create a separate military service for space. This long-anticipated announcement endorses DoD to submit to Congress a request to stand up the U.S. Space Force.

Q1: Is a Space Force being created?

A1: Yes. Space Policy Directive-4 (SPD-4) calls on the secretary of defense to submit a legislative proposal to create a sixth service of the United States’ Armed Forces to focus on space operations. The Space Force will be the sixth military service within DoD.

Q2: Is a Space Force needed?

A2: Depends on who you ask. CSIS Aerospace Security experts Todd Harrison and I disagree on the structure of the Space Force.

In a recent commentary entitled Why We Need a Space Force, Todd Harrison argues that a Space Force “is needed to consolidate authority and responsibility for national security space in a single chain of command; to build a robust cadre of space professionals who can develop space-centric strategy and doctrine; and to avoid the conflicts of interest inherent in the other Services that have short-changed space programs for decades.” To best address these issues, Mr. Harrison argues that only a full military department—on an equal standing to the U.S. Air Force, Army, and Navy, could do the trick. In his words, a “Department of the Space Force can fully integrate all the existing space organizations and personnel in the Services and intelligence agencies into one unified chain of command with one person, the secretary of the Space Force, in charge of national security space.”

While I agree with the core issues in the national security space organization, I differ on the approach to the organization. In my commentary, Why a Space Force Can Wait, at the time I argued that “while the administration and supporters of the Space Force proposal believe a new department would remedy the issues in our national security space enterprise, they are overstepping in their solution.” Instead of creating the largest military institution available, I believe that we need to start smaller, test our theories on what might work, and ensure that the right public discourse existed to make the smartest solution for our military—and perhaps, that perfect unique solution does not exist yet.

Q3: How would the Space Force be structured?

In order to minimize bureaucratic inefficiencies and duplicities, SPD-4 calls for this legislative proposal to consolidate existing space-related forces and authorities to be housed under one roof, the Space Force.

DoD’s legislative proposal will also outline the key responsibilities of the Space Force, including to:

The Space Force’s mandate will be to organize, train, and equip forces to:

Q4: Would the Space Force be structured similarly to the Marine Corps?

A4: Yes and no. The Space Force calls for a lean organization, comprised of mostly existing personnel and programs from the Department of the Air Force. Like the Marine Corps, the Space Force will be led by a four-star general or admiral as the chief of staff, who will also serve on the Joint Chiefs of Staff like the other service chiefs.

Q5: Where will the Space Force service members come from?

A5: Through SPD-4, the Trump administration is directing DoD to ensure that the staff of the U.S. Space Force includes the uniformed and civilian personnel conducting and directly supporting space operations from all military departments and U.S. Armed Forces. All space-related current active-duty, reserve, and national guard service members, as well as relevant civilian employees, will join the Space Force. This includes not only Air Force personnel but also space-related personnel from the Navy and Army too.

Q6: What is not a part of the Space Force?

Q7: What role does Congress have in establishing a Space Force?

A7: Congress has to approve the legislative proposal from DoD, outlined by SPD-4. Without congressional action, the Trump administration will be unable to create a new military service. Congress will almost certainly take its time evaluating the proposal, possibly making significant changes to the legislation before voting on it. Members from both sides of the aisle support the Space Force. Members from both sides of the aisle also oppose the Space Force. Expect several more congressional hearings and debates on the topic before a decision on the Space Force becomes law.

Q8: How is a Space Force different than Space Command?

The U.S. Space Command will be modeled after the original Space Command that was disestablished in 2002. The Space Command’s responsibilities and areas of operation will be divested from where they currently reside within the U.S. Strategic Command. The Space Command “will lead space warfighting through global space operations that may occur in the space domain, the terrestrial domains, or through the electromagnetic spectrum.”

A9: DoD will submit a budget for the Space Force to the White House’s Office of Management and Budget to be included in the upcoming FY 2020 president’s budget request.

SPD-4 also requires the secretary of defense to propose relevant operational authority changes, regarding the establishment of the Space Force and Space Command, within 90 days to the National Space Council and the National Security Council.

Also within SPD-4, President Trump is requesting that the secretary of defense and the director of National Intelligence work together to create and enhance cooperation across their respective communities. The administration expects a joint report on this issue before August 2019.

However, the administration makes it clear in SPD-4 that it expects there will be a time when the Space Force will outgrow the corps concept. To that end, SPD-4 requires that the secretary of defense will also conduct periodic reviews “to determine when to recommend the President seek legislation to establish” a new wholly separate military department. This department will be separate from the Department of the Air Force and assume all of the Space Force’s responsibilities.

Kaitlyn Johnson is the associate director and an associate fellow in the Aerospace Security Project at the Center for Strategic and International Studies in Washington, D.C.

Spaceports: will they lift communities on Earth?
fDi Intelligence | Alex Irwin-Hunt
June 18, 2021
In the News

US slams China on rocket debris in effort to set rules for space
Nikkei | Ryo Nakamura
May 13, 2021
On Demand Event 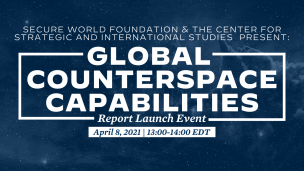