Imperfect Proxies: The Pros and Perils of Partnering with Non-State Actors for CT

The Islamic State’s march across Syria and Iraq in 2014 and ensuing expansion via global affiliates posed a vexing challenge for the United States and key allies. The Islamic State sought not only to seize, govern, and defend territory as part of its so-called caliphate, but also to leverage these safe havens to build transnational terrorist networks. Countering the Islamic State would thus require large-scale ground operations to conquer the Islamic State proto-states and defeat its military forces, but the need to do so urgently and expeditiously to prevent external terrorist attacks. But who would conduct such a ground campaign?

The Islamic State ’s expansion coincided with a shift in U.S. and allied military strategy: the adoption of the “by, with, and through” model for major counterterrorism (CT) operations. Rather than committing large numbers of ground forces, Western strategy would center on training, advising, and assisting host-nation militaries to serve as the main combat element. With small numbers of special operations forces (SOF) and key enablers such as intelligence, surveillance, and reconnaissance (ISR) and close air support, Western powers could bolster the battlefield effectiveness of local forces while limiting their own troop commitments. A national army like the Iraqi Security Forces was a natural host-nation partner. But what if there is no state with whom to partner?

This paper will examine the recent history of partnering with non-state actors for CT operations where the United States and allies were unable or unwilling to work “by, with, and through” the host-nation. It will explore three cases, wherein the host-nation government was tooweak, divided, or hostile to partner with:

Hostile State: Syria, where the United States since 2015 has partnered with the Kurdish People’s Protection Units (YPG)—by 2016 under umbrella organization the Syrian Democratic Forces (SDF)—to counter the Islamic State, amidst a civil war where the U.S. and Syrian government were opponents.

The paper will assess opportunities and risks of using non-state actors as proxies for CT operations, identify lessons learned from the Mali, Libya, and Syria cases for policymakers and strategists, and explore the implications of enabling local militias for short- and long-term U.S. and allied interests. 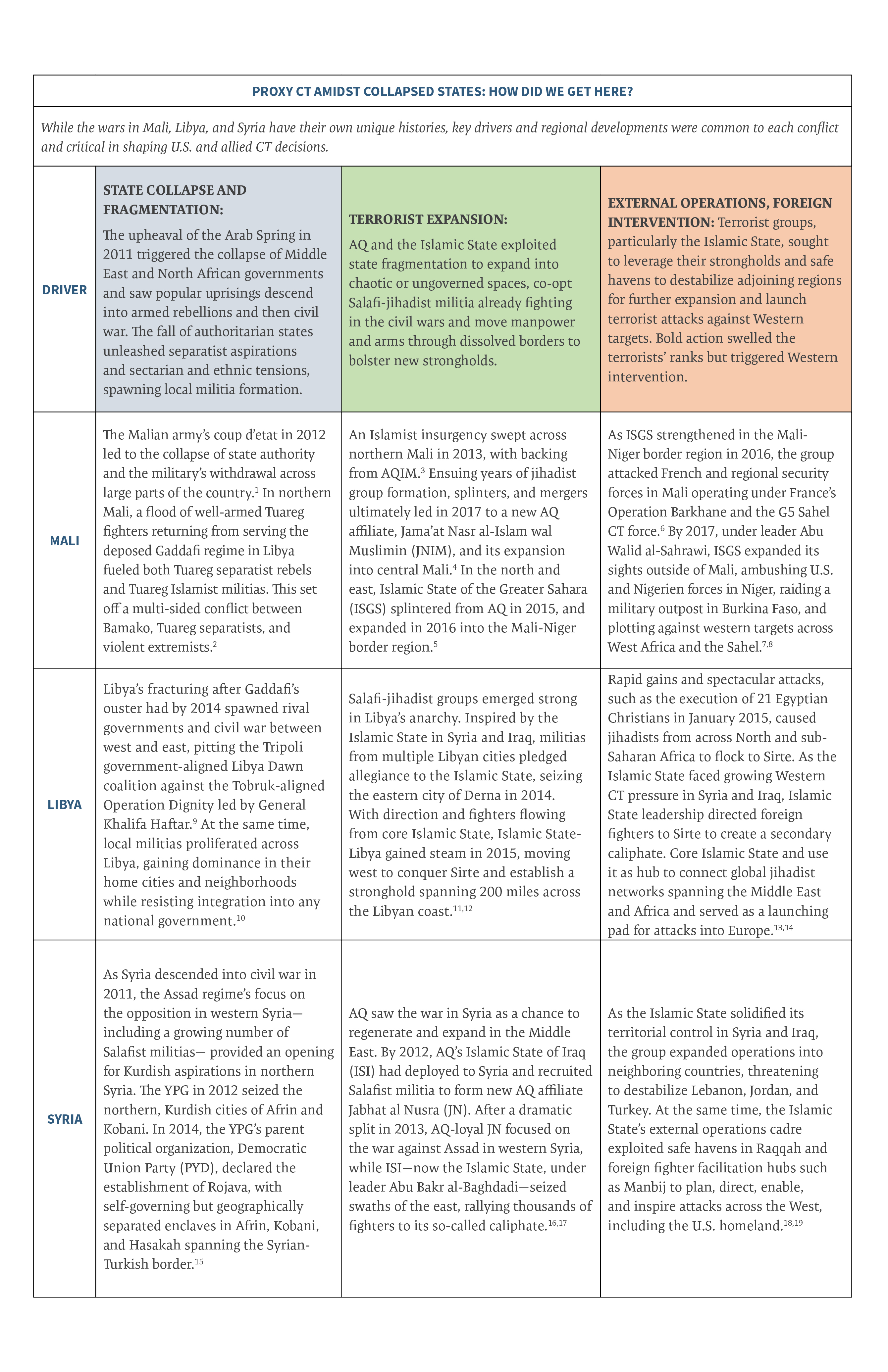 Two Sides of the Coin: Pros and Cons of the Non-State Actor Approach

Working “by, with, and through” local militias presents opportunities for outside powers seeking a ground component for CT operations but also poses unique challenges and long-term risks. In weighing the pros and cons, proxy effectiveness can be measured across two broad categories: motivation and capability.

Pro: Will to Fight: Lacking the resources and capabilities of a national army, non-state actors may have strong incentive to partner with foreign powers when terrorist groups pose a military or even existential threat to the militia and its people. 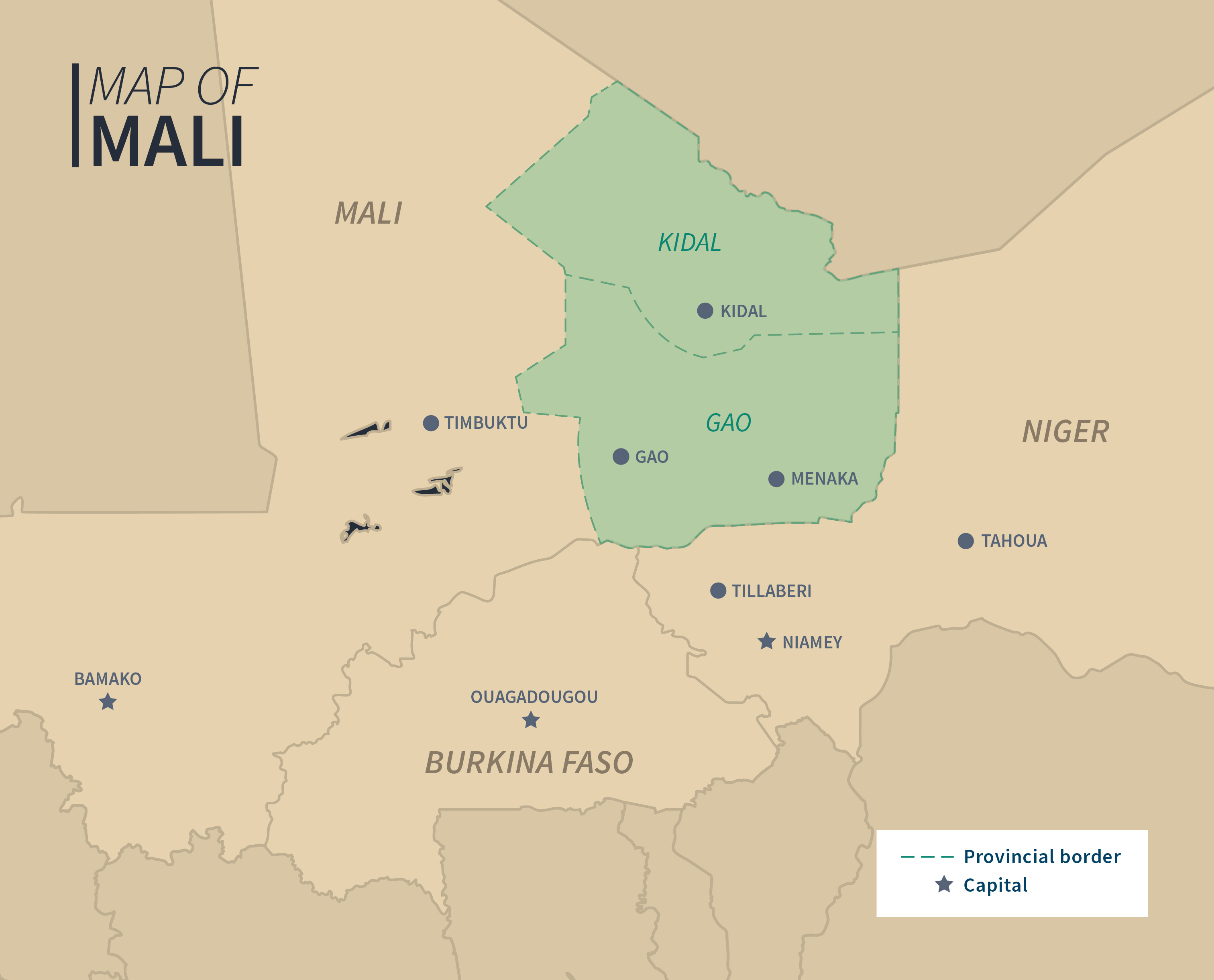 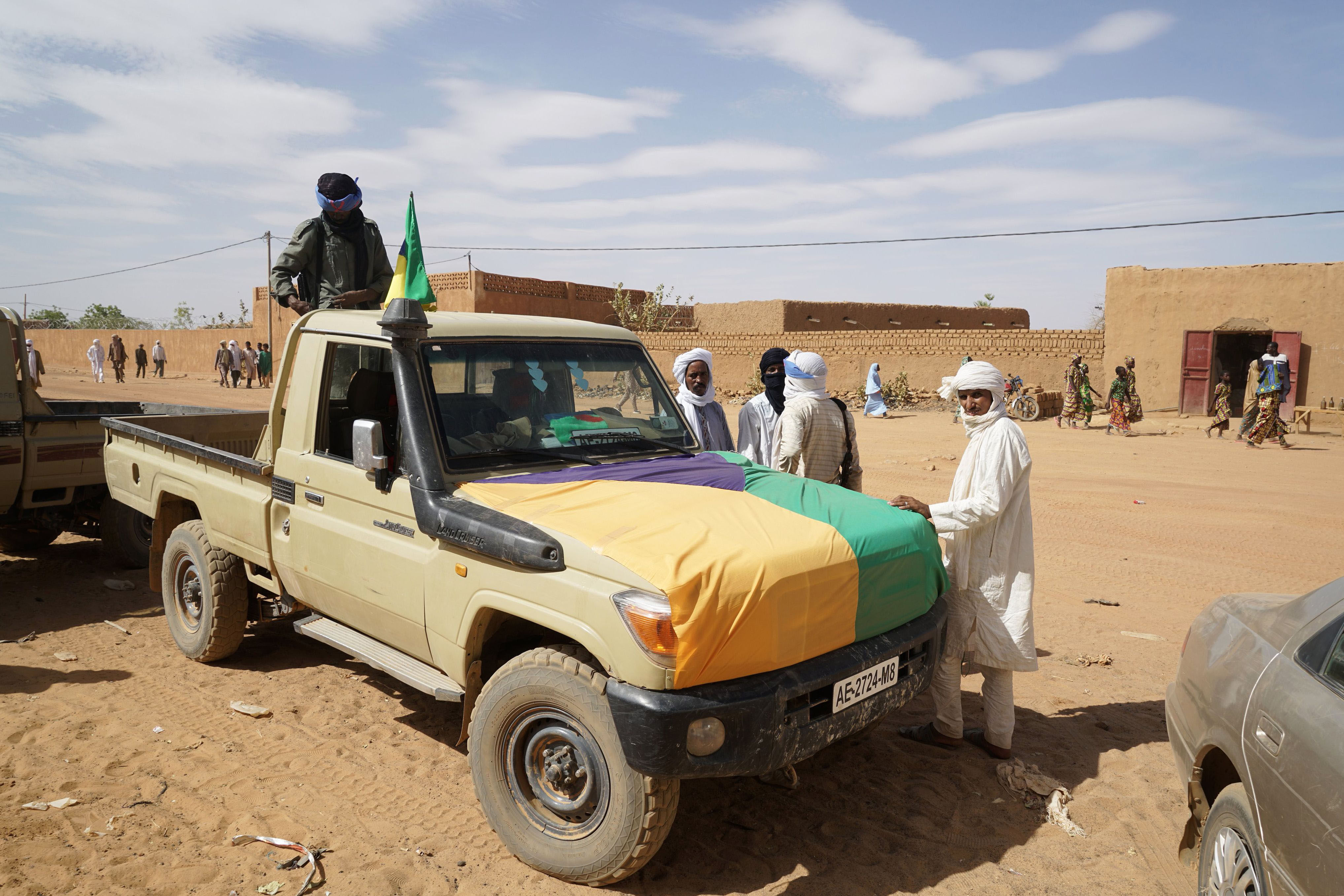 Caption: “Members of National Movement for the Salvation of Azawad (MSA) in the streets of Menaka, Mali, May 2018.” Source: SEBASTIEN RIEUSSEC/AFP/Getty Images

Con: But Not Just for You: Militia may perceive terrorist groups as one among several enemies amid a multi-faceted civil conflict and shift their attention and arms toward other foes when the terrorist threat ebbs, losing the incentive to press the CT fight to the finish. Non-state actors may also view Western-backed CT campaigns as a means to expand their own spheres of influence at the expense of local rivals and adversaries. 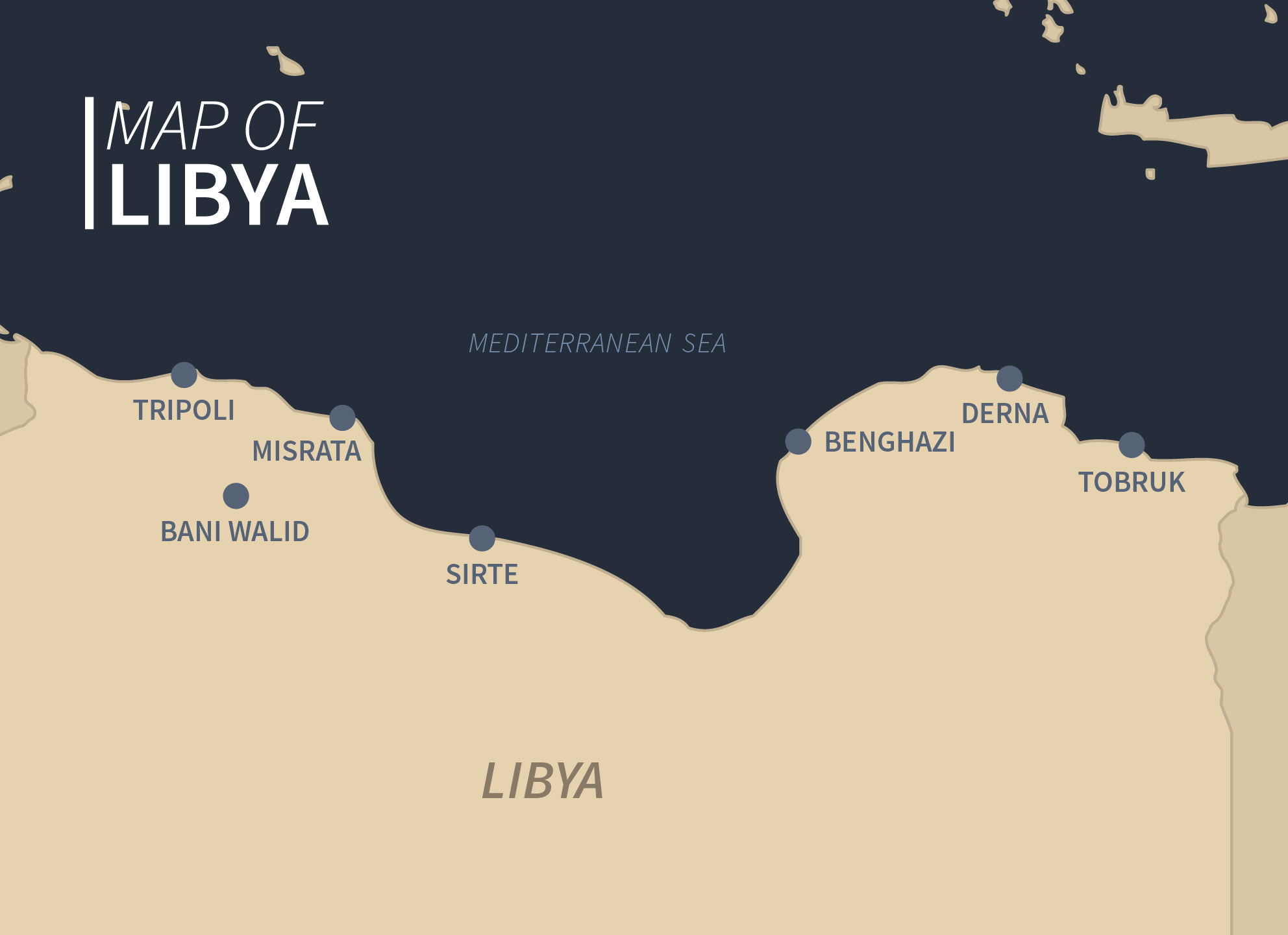 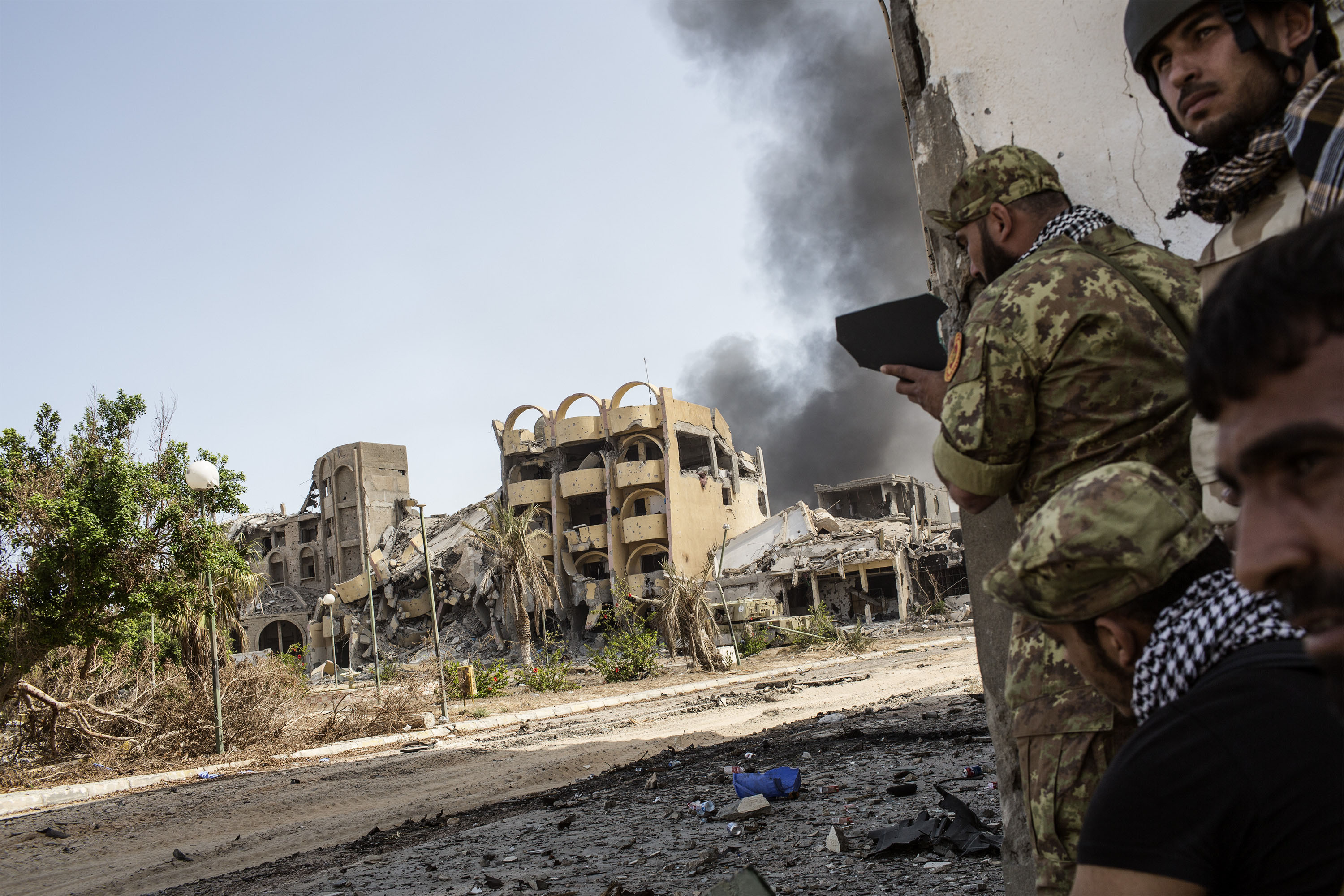 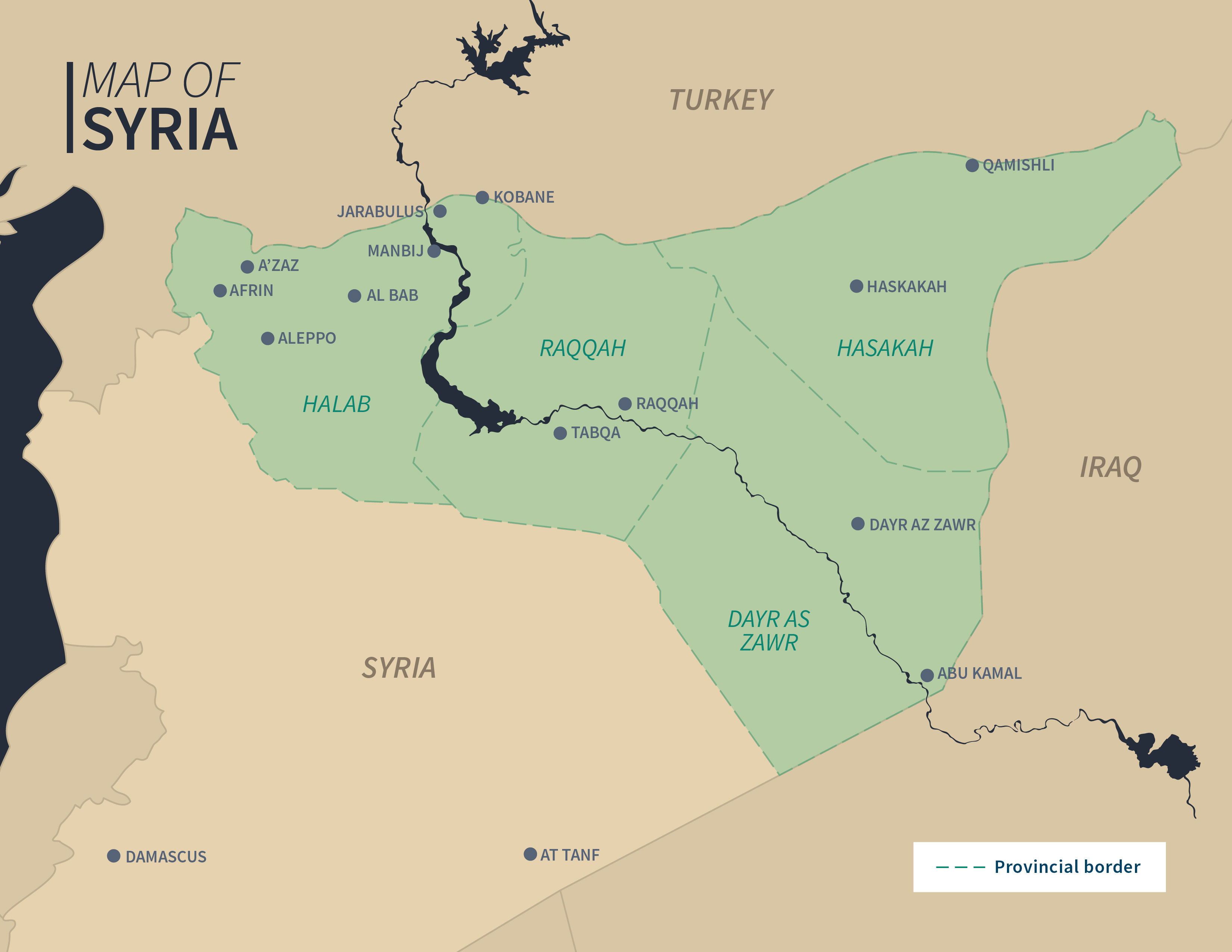 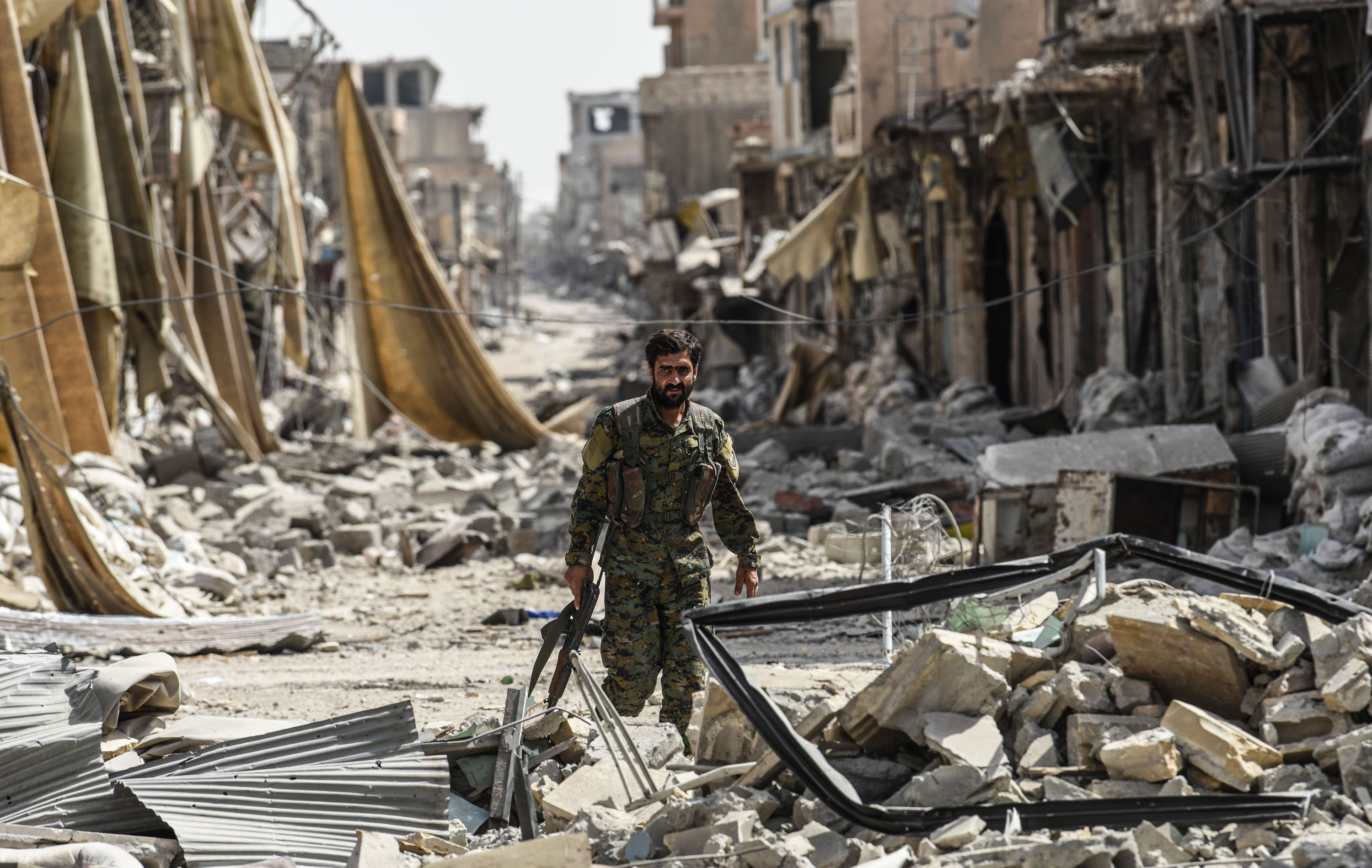 Caption: “A member of the Syrian Democratic Forces (SDF) walks through the debris in the old city of Raqqah, Syria, September 2017.” Source: BULENT KILIC/AFP/Getty Images

Con: Ineffective Hold Force : Ethnic or sectarian militias may lack legitimacy in the areas they clear and be ill-suited to serve as a holding and stabilization force. Local populations may perceive the militia as outsiders or occupiers, potentially undermining battlefield gains and creating openings for terrorists to re-gain local support.

Lessons Learned from the Proxy Approach

CT versus Stability: From the CT perspective, militias may offer a motivated and experienced local partner ready to be enabled to degrade terrorist safe havens. From a stability lens, militias may lack legitimacy where they deploy, exacerbate sectarian or ethnic tensions, and sow the seeds for more civil conflict—the type of environment in which jihadism thrives and terrorist groups can re-generate.

Staying Power: Militias may lack the military capacity or political will for the types of policing and day-to-day security operations needed to hold and sustain battlefield gains against terrorist resurgence. Non-state militia can also lose the incentive to pursue terrorists after the immediate threat is reduced, enabling terrorist groups to recover and rebuild.

Policy Trade-Offs: The complexities of civil wars and the variety of Western objectives for each country in conflict may result in the proxy approach to CT working at cross-purposes with other policy goals.

Implications and Considerations for U.S. and Allied Policymakers

Western policymakers will continue to face hard choices over the nature and scope of CT operations in the Middle East and Africa, as resilient and adaptable terrorist groups such as the Islamic State and al Qaeda (AQ) exploit endemic state weakness and civil conflicts for growth and expansion. Conducting CT campaigns “by, with, and though” non-state actors are likely to remain an appealing approach when partnering with the host-nation is not a viable option. The proxy approach has several implications for U.S. and allied policymakers to consider:

Operations without Strategy : The objective of U.S. and allied “train, advise, assist” missions traditionally has been not only to reduce immediate terrorist and insurgent threats but to build up the foreign partner’s military capacity over the long-term as part of a broader strategy to bolster the effectiveness and legitimacy of the host-nation government. Recent CT campaigns conducted via non-state proxies, however, had a primarily military objective—the defeat of the Islamic State—with no clear or achievable political end-state for which military operations were intended to serve. Policymakers may deem military operations without a political strategy a sub-optimal but necessary option when terrorist threats are exigent and diplomatic solutions are dubious. Sustaining those battlefield gains may be tenuous, however, if there is no political outcome to solidify them over the long-term.

Light but Enduring Footprint : Military defeat of terrorists without the political defeat of the ideology and grievances that underpin their influence and support—an enormous if not insurmountable challenge for foreign powers—will provide favorable conditions for AQ and Islamic State resurgence, already beginning to occur in Syria lixand Libya.lxWith limited or no support from a potentially weak, divided, or hostile host-nation government, non-state proxies will likely demand continued enabler support from foreign partners—particularly ISR and airstrikes—and a residual ground advisory presence to maintain constant, adaptive pressure against terrorist groups.

Political Engagement : Along with military support, non-state partners will likely demand diplomatic support from foreign patrons to help negotiate a political future for the group in the host country and deter attacks from domestic rivals and outside powers. At the same time, Western powers can consider leveraging their proxies’ reliance to demand they better integrate other ethnic or sectarian communities into local security and governance structures.

Inter-state Intra-state Competition : Arming and enabling non-state proxies will remain similarly appealing to U.S. rivals such as Iran and Russia as a low-cost means to pursue their own strategic interests, often in the same place as the United States. In determining policy and strategy, Western policymakers will need to balance the desire to compete against state rivals with their CT and stability objectives. Bearing on the achievability of those objectives will be the relative “staying power” and motivation Western forces and local proxies versus those of our competitors and their proxies.

Conducting CT campaigns by empowering non-state proxies poses unique challenges and dilemmas for Western policymakers, with limited options to secure swift CT wins without stoking local tensions and conflict. Simply put, policymakers must weigh the need to attack and degrade a terrorist group against the risk of long-term instability and potentially creating the conditions for the next iteration of the terrorist group to emerge. Policymakers may reasonably opt for the proxy approach, particularly if terrorist groups pose an immediate threat of regional chaos or external attacks but should be clear-eyed about the long-term risks and work to mitigate them.

Defense and Security , Counterterrorism and Homeland Security , Defense Strategy and Capabilities , and Geopolitics and International Security