Impressions from a brief visit to Afghanistan and Bahrain

During the last week in March and the first week in April, I participated in a trip organized by the Council of Foreign Relations and Centcom to NATO Headquarters in Brussels, Afghanistan, and Bahrain. The focus of the trip was Afghanistan, where we met with General Allen, Ambassador Crocker, Afghani military leaders, and personnel from regional military headquarters in the south and east of Afghanistan. All were highly competent and impressive individuals. We flew in a helicopter over the eastern border area to get some sense of the landscape and entry points of the Taliban and other hostile elements. In addition to the formal briefings, I had the opportunity to talk privately with lower ranking American officers. What follows are the personal conclusions I reached based on what I learned from this trip and from extensive direct experiences with insurgencies in other parts of the world in decades past. My last trip to Afghanistan was in 2005. 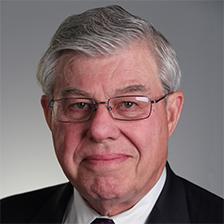 Most Recent From Richard McCormack

The Politics and the Economics of the Global Financial Crisis
By Richard McCormack
July 6, 2012
In the News

Hearing on Derivatives and Hedge Funds
Statement by Richard McCormack
May 16, 2006
Report

Looking Forward In Wartime: Some Vulnerable Points In The Global Economy
By Richard McCormack
February 25, 2005
View all content by this expert