India: One Step Closer to a National Market

On August 3, the Rajya Sabha (upper house of India’s Parliament) passed the Constitution (122nd Amendment) (GST) Bill, 2014, allowing for the creation of a national “Goods and Services Tax” (GST). The vote came 15 months after the amendment was passed by the Lok Sabha (lower house of Parliament) where Prime Minister Narendra Modi’s Bharatiya Janata Party (BJP) has a single-party majority.

Once termed as being akin to “India signing a free trade agreement with itself,” the business community has greeted the passage of the GST warmly, as the strongest sign yet of the Modi government’s desire and ability to enact key economic reforms. But not everyone appreciates how this GST falls short of the “dream GST” once envisioned, due to political compromise on its structure.

Q1: What is the GST? Why the excitement?

A1: The Goods and Services Tax bill will create a single taxation system across India, subsuming a range of existing national, state, and local taxes on goods and services. This morass of existing taxes, the related cascade effect of having multiple taxes, and numerous complicated forms have served to make interstate commerce more expensive, confusing, and time consuming.

In some sectors, the lines between goods and services are blurring, creating ambiguity. Passage of GST is expected to reduce these complicating factors and be a powerful stimulant to the Indian economy, particularly the manufacturing sector. A “GST Council” will be formed to govern the GST’s implementation and operation.

An often-quoted 2009 report by the National Council of Applied Economic Research (NCAER) pegged the annual gain to India’s gross domestic product through implementation of a national GST as somewhere within a range of 0.9 to 1.7 percent.

A2: The concept of a national GST in India has been around for some time. The last BJP-led government had taken an important first step by creating a national Value Added Tax (VAT) over a decade ago. At around that time, the basic idea of moving to a full national GST was first raised by expert groups. The GST concept started to gain real traction during the Manmohan Singh–led Congress government, and this goal was articulated in the government’s 2006–2007 Budget Speech delivered by then–Finance Minister P. Chidambaram. It took another five years for legislation to make it to Parliament, where it was delayed through the rest of the Congress Party’s tenure in office.

When the Modi government took office in May 2014, passage of GST was made a priority. Yet the BJP’s relatively weak position in the Rajya Sabha meant that the Modi government had to undertake an engagement campaign to find additional support; the BJP held less than 20 percent of seats in the Rajya Sabha at the time and currently holds 22 percent of seats. The BJP’s relatively strong position in the Lok Sabha, where the party holds more than half the seats, allowed for passage of the GST Bill in May 2015. It took a bit longer for passage in the Rajya Sabha, but in recent weeks it was evident that most regional parties had decided to support the bill, and even the main opposition party, Congress, showed signs that it would reduce its opposition.

Ultimately, politics has forced the BJP to water down the GST from its original “dream version.” There will still be separate state and central GST rates. And two products that are typically among the largest sources of state tax revenue, alcohol and petroleum, are exempted from GST coverage, though the GST Council will be empowered to fold in petroleum products at an undetermined later date.

One of my favorite elements of the process was the role of India’s powerful state-level parties. Over time, Prime Minister Modi garnered the support of nearly all the regional parties, barring the Tamil Nadu–based AIADMK. This meant he was less reliant on Congress Party’s support for a Rajya Sabha vote. But beyond simply supporting the bill, these regional parties, particularly the West Bengal–based Trinamool Congress, actively pushed back against amendments to the bill that would have limited its efficacy beyond what I have already noted above. This is a terrific dynamic: state-level parties standing up for reforms, not merely acting as “gatekeepers.”

A3: The Modi government plans to roll out the GST in practice by the next fiscal year, which starts on April 1, 2017. There are still a number of significant hurdles that must be cleared to introduce the GST. First, as a constitutional amendment, at least half of India’s 29 states must approve the amendment, and it must receive the president’s assent. The BJP only controls 9 of 29 states, so this will take some political muscle and hustle, but it is not expected to be an insurmountable hurdle.

Following these steps, the cabinet must approve the establishment and constitution of a GST Council to oversee the implementation and operation of the GST. The GST Council will consist of the union finance minister, union minister of state for revenue, and state finance ministers. Subordinate laws at the state and national level must be drawn up and approved for implementing GST.

Simultaneously, an entirely separate set of actors will be working to create and implement new information technology systems, as well as training staff on the new system, to prepare for the April 1, 2017 implementation date.

A4: Businesses will be tracking some key elements of the GST’s implementation. First, the GST Council will need to set the base rate. Second, some items will be targeted for special rates—either higher than (demerit), or lower than (merit), the base rate. These rates will need to be approved by Parliament.

In December 2015 the Ministry of Finance issued a study on the possible GST rates that would result in a “revenue neutral” position (i.e., that would allow state and central government bodies to accumulate the same total taxes under the new system). They pegged the “revenue neutral rate” at 15 to 15.5 percent, with an average rate of 17 to 18 percent for most products. Product groups that were recommended for special “merit rates” include food, health care costs, education, and electricity. Other products were suggested for “demerit rates” including luxury cars, aerated beverages, paan masala, and tobacco and tobacco products.

Passage of the GST bill is a huge boost to Prime Minister Modi’s credibility as a reformer and as a manager of Parliament. Introduction of the GST will likely prove to be a solid boost to the economy—below the estimates of the original “dream GST,” but certainly an improvement over the existing method of taxation.

Richard M. Rossow holds the Wadhwani Chair in U.S.-India Policy Studies at the Center for Strategic and International Studies in Washington, D.C.

© 2016 by the Center for Strategic and International Studies. All rights reserved.
Photo credit: Alex Ogle/AFP/Getty Images
Written By 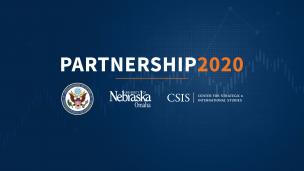 U.S.-India Economic Ties: Opportunity through Crisis
By Richard M. Rossow
May 13, 2020
In the News