Great power competition has returned after a generation of absence, and the U.S. military edge over prospective opponents is eroding. Whereas the United States previously could overwhelm adversaries with sheer force, if necessary, it now needs every advantage it can get. This study analyzes how the United States might inflict surprise on its adversaries to gain a strategic advantage. Surprise is one aspect of a broader discussion in the national security literature on innovative operational concepts, which may serve as force multipliers to enable the United States to get more out of existing capabilities. A follow up to CSIS’s highly successful 2018 study Coping with Surprise in Great Power Conflicts, this report highlights several components of a successful surprise, including exploiting adversary vulnerabilities, using intelligence and technology, employing secrecy and deception, and doing the unexpected. The report also contains over a dozen vignettes illustrating potential future surprises.

This report and video are made possible by support from the Smith Richardson Foundation.
Downloads
Download the Full Report
Written By

To Stand Up to Russia, Ukraine Should Have These Five Weapons on Its Wishlist
Popular Mechanics | KYLE MIZOKAMI
January 21, 2022
In the News

New in 2022: Marine Corps light armored reconnaissance is at a crossroad
Defense News | Todd South
January 11, 2022
In the News 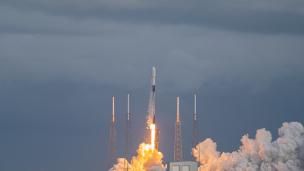