Q1: What is Development Innovation Ventures?

A1: Development Innovation Ventures (DIV) is a grants program funded by the U.S. Agency for International Development (USAID) designed to encourage and accelerate development innovation. Launched in 2010, DIV is a “small grants” program that has made several dozen $100,000 grants to promising innovations from a worldwide set of sources. DIV is seeking to make a series of larger grants to a smaller group of innovations to take projects to a larger scale.

Q2: Why is innovation in development so important?

A2: In a time of austerity, innovative and cost-effective development solutions are in greater demand than ever. The traditional delivery of assistance can make it difficult for partner organizations to test new ideas or explore different methods for alleviating poverty due to cost and time constraints. At the same time, innovation can generate cost-effective and better ways to solve problems.

Supporting innovation in development has been a critical part of USAID and other bilaterals’ histories going back to the Green Revolution—the spread of technology that began in the agriculture sector in the 1960s. Furthermore, the bipartisan HELP Commission (Helping to Enhance the Livelihood of People around the Globe) in 2007 recommended creating a “DARPA [Defense Advanced Research Projects Agency] for development.”

Other parts of the U.S. government are also constantly seeking innovations for national security, the advancement of science, or agricultural productivity. Some of the most innovative agencies (DARPA, In-Q-Tel) service the intelligence and military communities. DIV takes this same approach and applies it within the soft-power context of development assistance.

The most significant innovation for development in the last 20 years is the ubiquity of mobile telephony in the developing world. According to a 2010 UN report, four out of five people in developing countries do not have Internet access, yet over half use a cell phone. Grameenphone was one of the first companies to target the world’s poor. CelTel, which was later purchased by MTC of Kuwait, made Sudanese entrepreneur Mo Ibrahim a billionaire. At the time of MTC’s purchase, CelTel had 24 million subscribers in 14 countries in Africa. The UK Department for International Development (DfID) made an early equity investment in CelTel through its Business Linkages Challenge Fund. As CelTel’s second-largest investor, DfID received a 500 percent return on investment after it was sold.

USAID and other development agencies should take note. Much innovation in development comes from the for-profit private sector, which does not need grant money but needs venture funding in the form of early equity. In the U.S. system, official development assistance has a very difficult time making small, early equity investments. Meanwhile, other vehicles such as In-Q-Tel can provide early stage equity funding to technologies for use in the intelligence community.

Many middle-income countries have great sources of solutions to poverty. One example is India, which is known for “frugal innovation,” a process by which companies, nonprofits, entrepreneurs, and research institutions adapt products and services to meet the preferences, tastes, and buying power of poorer consumers in developing countries. In December 2011, DIV launched a “DIV India” as part of a broader rethink of USAID’s engagement in India—a good start on a big change that needs to happen at USAID. In partnership with the Federation of Indian Chambers of Commerce and Industry, USAID hopes to identify for-profit and nonprofit models in India to take to other developing countries.

Q3: How does the U.S. government incorporate innovation into mainstream development work?

A3: Similar to other innovation programs, such as the Development Marketplace at the World Bank and its complete disconnect from the bank’s other operations, DIV’s biggest challenge is bringing innovation into mainstream USAID programming. Disruptive technologies threaten interests and procedures built up over decades. Ensuring that an interesting pilot program is adapted fully within the system requires incentives and culture change within USAID. It also requires working with the USAID development ecosystem of partners in both for-profit consultancies and nonprofits to build new programs into their response to requests for proposals. Working with the USAID ecosystem and mainstreaming this at USAID is a work in progress at best and will require a significant focus going forward. 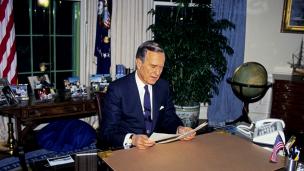 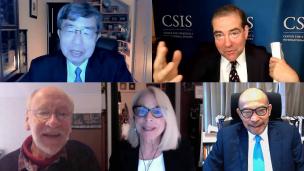 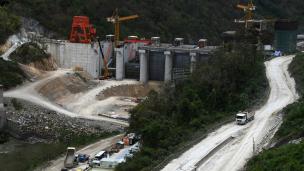 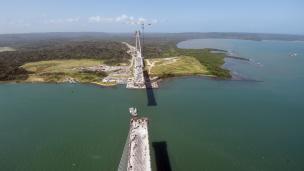