The latest attack by Islamic State-linked insurgents on the main port in the northern Mozambican town of Mocimboa da Praia represents a significant escalation since the group’s emergence in October 2017, underscoring its growing capacity to disrupt foreign investment in the area. Since dislodging government forces from the port area, the insurgents have maintained their position in contrast to other attacks on the town when the group left within one day of launching its attack. The resources required to execute this operation suggest the group is focused on consolidating its position along the coast and on using Mocimboa da Praia and its port as a base of operations, positioning to disrupt liquified natural gas (LNG) operations reliant on the port for resupply. Ongoing attacks have added to the humanitarian crisis unfolding in the province and highlighted weaknesses in the government’s counterinsurgency operations. External pressure on Southern African Development Community (SADC) countries to intervene will likely increase as a result of insurgent assertiveness, but political and financial realities will limit support to Maputo.

Q1: What is the significance of this attack, particularly the port’s capture?

A1: The attack underscores the insurgents’ increased capacity and operational sophistication and provides a glimpse into the group’s near-term goals. In the five days leading up to the port’s capture, the insurgents fought Mozambican security forces and cleared and established positions in key villages in the outskirts of town. This suggests the group has developed adequate supply lines and manpower to sustain operations for an extended period. While the Islamic State’s central propaganda arm took credit for the attack, there have been conflicting reports about the degree of affiliation between the groups.

The insurgents’ plan to take the port—and their ability to maintain control of it nearly two days after seizing it—suggests the group is currently focused on consolidating its coastal base instead of expanding the reach of its geographical presence. Mocimboa da Praia has been a frequent target of the group since its first attack against police stations there in October 2017. The last large-scale attack on Mocimboa da Praia saw the group depart within 24 hours of its capture, but in this instance the group has maintained its presence for at least three days following the attack at the time of this writing.

If the group is able to sustain its presence and secure the port, they would be well positioned to gain greater coastal mobility, mirroring the control they reportedly already enjoy along the main north-south road in that area. Furthermore, maintaining control over the port would allow the group to disrupt resupply to government forces in Cabo Delgado and contractors working on the LNG projects there, at least in the short term.

Q2: How has the government responded?

A2: The government has publicly downplayed the significance of the attack, acknowledging the insurgents seized the port but claiming the security forces were capable of continuing the fight. On the same day of the port seizure, President Filipe Nyusi reassured the international community the insurgency did not pose a threat to foreign investments. Two days following the attack, Defense Minister Jaime Neto described the situation in Cabo Delgado as “fluid” and said the security services were “trying to control the situation,” only conceding that the insurgents had “sabotaged maritime means of rescue from the Mocimboa da Praia port.” President Nyusi visited Cabo Delgado on Friday, where he met with community leaders and displaced people in Metuge.

Mozambican security services, even with help from private military contractors, have struggled to roll back the insurgents, and this incident has again underlined weaknesses in the military’s supply chain and communications. On the day of the attack, for example, Mozambican marines defending the port ran out of ammunition and air-dropped supplies fell far from the marines’ location—rendering the delivery useless and ultimately forcing them to relinquish control to the insurgents.

Q3: What are implications for the humanitarian situation?

A3: Cabo Delgado has seen its number of internally displaced persons (IDPs) double since March to 250,000 people—10 percent of the province’s population—a situation likely to deteriorate further as the insurgency and security forces battle for areas of control. Press reports indicate civilians in and around Mocimboa da Praia have deserted the area, fleeing to the provincial capital of Pemba and neighboring Nampula Province. Civilian witnesses to the fighting describe violence against civilians, kidnapping, and mass destruction of personal property. Traditional, local practices of housing displaced people in private homes are no longer sufficient to meet the demand for assistance, and Pemba—a popular destination within Cabo Delgado for IDPs—is running out of capacity, prompting an increase in IDPs relocating to other towns in Cabo Delgado and to Nampula and Niassa Provinces.

Q4: How might regional governments shift their security assistance to Maputo and border security following this attack?

A4: This demonstration of insurgent strength will almost certainly heighten regional governments’ concern over the spread of violent extremism, and may introduce new fears over Maputo’s ability to provide maritime security, but regional politics and resource constraints will limit regional engagement. Even prior to the latest attack, South African legislators have queried the government about potential deployments to Mozambique. Tanzanian troops, which have conducted border patrols since at least May, surged soldiers on Tuesday to the neighboring regions to flush out Mozambican militants, while Nyusi called for greater counterterrorism coordination with Tanzania.

Mozambican officials, however, will be reluctant to request regional assistance through official SADC mechanisms, favoring quiet bilateral outreach and support from private military contractors to supplement their military operations. Defense Minister Neto told reporters on Thursday that the only support Mozambique had requested from its neighbors was better border control. Even if Mozambican officials did request material support from their neighbors, most of these countries would be hard-pressed to provide military assistance given the current economic and security pressures brought on by Covid-19. 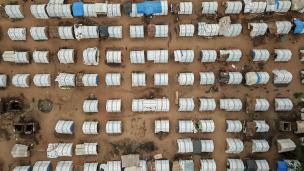