Much of the world breathed a cautious sigh of relief last week after Washington and Tehran signaled their willingness to ease tension after two weeks of high drama. The U.S. killing of Iranian military commander Qasem Soleimani and the deputy head of the Iraqi Popular Mobilization Forces (Hashd), Abu Mahdi al-Mohandis, and the retaliatory Iranian ballistic-missile attacks against U.S. troop bases in Iraq, were the culmination of a rapid escalation of hostilities that had many fearing an outright war between the United States and Iran.

Ultimately, these worries came to naught, as both sides moved to de-escalate the situation for the time being. Nevertheless, the events of early January have reinforced misgivings over the Trump administration’s foreign policy and the United States’ reliability as an ally. While Washington argues over the imminence of the threat that lead to the killing of Qasem Soleimani, the aftermath of that decision is a complex landscape of political and security challenges for which the administration appears to have done little strategic planning.

This criticism may prove unfair in the longer term; in getting its man, perhaps the United States will accrue some significant strategic benefits.  But equally, the Trump administration may have just handed an advantage to Iran without realizing it. Tehran arguably has much more at stake in the Middle East than Washington does at present, and it has the determination, the focus, and the wherewithal to pursue its national-security agenda at the expense of U.S. interest. The fallout from the killing of Soleimani is likely to have a long tail, and the theater for Iran’s response will be far wider than just Iraq. Tehran will use all the levers at its disposal, including political and economic ones, to exact its pound of flesh.

Evidence of Iranian gains is already clear in Iraq, where outrage over the killing of a serving Iranian general and a senior Iraqi official on Iraqi soil quickly prompted moves by Baghdad government to seek the expulsion U.S. troops from the country. The threat of possible U.S. sanctions may lead to a slower, negotiated withdrawal of these forces, but the end result will be an outcome that Tehran and its allies in Iraq have agitated for over the past few years, and which will also undermine efforts to block a resurgence of Islamic State.

More costly still to Iraq’s future may be the impact of the Soleimani and Mohandis killings on the domestic balance of power. By eliminating the two men in the fashion that it did, the Trump administration may have inadvertently helped to undermine the most potent force for political reform that Iraq has seen for three generations, while at the same time handing the initiative to a political elite that, with Tehran’s help, was fighting for its long-term political survival.

Demonstrations in Baghdad and southern provinces since early October had already forced the resignation of the current prime minister and government and led to calls from the Shia clerical elite for new elections and tangible measures to improve governance and combat corruption.  Although the political elite was holding together in the face of these challenges, there were signs that its cohesion might be fraying as some leaders sought to distance themselves from the government’s heavy-handed and bloody response to the protests (which has cost the lives of over 500 demonstrators and left over 20,000 injured).

The U.S. strikes altered these domestic dynamics, as debate immediately turned from systemic change to protecting Iraqi sovereignty. Secretary of State Mike Pompeo might have tweeted scenes of Iraqi protestors celebrating Soleimani’s death, but a much more common response among demonstrators was to decry the operation as precisely the type of external interference in Iraqi affairs that the protestors were eschewing when condemning Iranian meddling locally.  Among the political elite, leaders who had previously sympathized with the protestor’s goals, and who had sought to clip the wings of the increasingly powerful Hashd groups (most of which have close ties to Iran), were forced to toe the “defending sovereignty” and “America out” lines promoted by hardline and pro-Hashd factions.

The balance of power may shift once again: demonstrations continue, although in lesser numbers, and Najaf continues to call for reform. But having regained the upper hand, Iraq’s political elite will do everything in its power to protect its prerogatives and interests, and it will use the respite provided by the U.S. strikes to maximum advantage. Moreover, it will find a willing partner and patron in Tehran, which is seeking to shore up its own political, economic, and security interests in Iraq.

This shift is likely to have a wide fallout, including in the Iraqi economy and the oil sector.  Were Washington to block Baghdad’s access to the Central Bank of Iraq’s dollar account at the New York Fed in retaliation for the expulsion of U.S. troops, as the Trump administration has reportedly threatened, the economic and monetary consequences would be disastrous.

But even if Washington does nothing, the strikes will nonetheless leave a lasting economic and oil-sector legacy. The political disruption caused by the operation, coming on top of the turmoil of the demonstrations, have undermined policymaking across the government and increased maladministration. Crucial legislation that needs to be passed, such as a 2020 budget, now lies languishing in incomplete draft form or will be ignored altogether. Meanwhile, already-poor governance and rule of law have gotten worse.

In the oil sector, these shortcomings have manifested themselves as a partial breakdown of the decisionmaking process and an erosion of sanctity of contract, especially when it comes to the entitlements of foreign investors and conflict-resolution mechanisms that had been put in place.  Growing resource nationalism has combined with fiscal pressures to corrode the relationship between foreign investors and the government. This change goes beyond shifts that might be expected under the theory of the obsolescing bargain; the Iraqi political elite is increasingly questioning the very value of foreign investment to the country.

In the longer term, prospects for the sector are likely to be damaged even more by the receding prospects for reform. The protests were never going to change Iraq overnight, nor were they guaranteed to alter the country’s distributive economy. But the emphasis on more open government, better administration, an end to ethnosectarian quotas, and reducing corruption, if even partially fulfilled, could have helped break decisionmaking and operational logjams that are likely to put an effective cap on Iraqi production—at least in the south—over the coming two to three years, and could even lead to its decline. Onshore infrastructure, related both to exporting crude and managing reservoirs, is in need of expansion. Meanwhile, offshore infrastructure requires rehabilitation. Projects related to both have been on the Ministry of Oil’s books for years, in some cases over a decade, without being completed.  If nothing changes in terms of governance and decision-making in the Ministry and the sector, there is little hope for the type of rapid growth in output that Ministry officials have forecast.

Ultimately, the oil sector may be a microcosm of the wider legacy of the U.S. strikes: that they hobbled—and possibly fatally undermined for the time being—the prospects of any meaningful positive political and economic change in Iraq. By not carrying out the operation, the United States might have done more to achieve the ambitious goals it laid out in overthrowing Saddam Hussein’s regime in 2003 than it has done since then. But Washington has misread Iraqi politics once again. And in doing so, the begetter of the current Iraqi political elite may end up being its savior, despite the demands of the Iraqi people, and with it protect Iran’s interests in Iraq as well at the cost of U.S. ones.

Raad Alkadiri is a senior associate (non-resident) with the Energy and National Security Program at the Center for Strategic and International Studies in Washington, D.C. 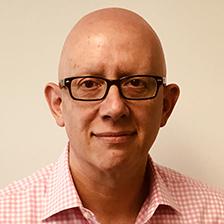 Most Recent From Raad Alkadiri 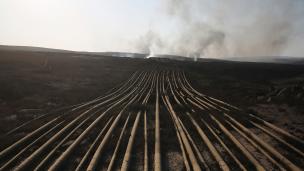 Making Oil the Foundations of a Political Settlement in Kirkuk
By Raad Alkadiri
October 24, 2017
View all content by this expert