ISIS, Foreign Terrorist Fighters, and the Value of the Visa Waiver Program

According to a September 2014 Washington Post–ABC News poll, 90 percent of Americans view the Islamic State of Iraq and Syria (ISIS) as a serious threat to vital U.S. interests. Headlines discussing the possibility of an imminent attack on U.S. soil by homegrown ISIS fighters or those possessing “Western” passports have recently dominated the news cycle.

Prompted by the evolving ISIS issue, in late September, the UN Security Council unanimously passed Resolution 2178 on policies and security measures to better track and deter terrorist travel activity. It requires member countries to take certain steps to address the foreign terrorist fighters (FTF) threat, preventing suspected FTFs from entering or transiting through their territories, and implementing legislation to prosecute FTFs. It also calls on member countries to take steps to improve international cooperation by sharing information on criminal investigations, interdictions, and prosecutions.

Specifically, Resolution 2178 calls for:
•    Implementation of effective border controls and controls on issuance of identity papers and travel documents and thorough measures for preventing counterfeiting, forgery or fraudulent use of identity papers and travel documents;
•    Use of evidence-based traveler risk assessment and screening procedures, including the collection and analysis of travel data;
•    Intensification/acceleration of the exchange of operational information through bilateral or multilateral mechanisms;
•    Disruption/prevention of financial support to FTFs and implementation of prosecution, rehabilitation, and reintegration strategies for radicalized individuals;
•    Requirements for airlines to provide advance passenger information to the appropriate national security authorities in order to detect FTF departure, attempted entry into, or transit through their territories, as well as sharing this information with the state of residence or nationality;
•    Improved international cooperation through bilateral agreements, including increased sharing of information for the purpose of identifying FTFs, sharing and adoption of best practices, and improved understanding of the patterns of travel by FTFs;
•    Assistance with criminal investigations or proceedings relating to the financing or support of terrorist acts, including assistance in obtaining evidence necessary for the proceedings; and
•    Intensified efforts to employ INTERPOL resources, including the use of INTERPOL databases to track stolen or forged identity papers and travel documents.
These are all sensible measures. In fact, the United States has been enforcing such measures since 2008 through the Visa Waiver Program (VWP).

History of the VWP
The VWP increases security standards between the United States and 38 qualified countries, operating alongside other security procedures to support information sharing, international cooperation, and partnerships with law enforcement and intelligence services, much like Resolution 2178.

With substantial statutory amendments over the past decade, the VWP has evolved into a significant, security-enhancing program. This view is nonpartisan. Former secretary of homeland security Janet Napolitano praised the program as an example of “efforts to guard against terrorism while enhancing legal travel and trade.” Likewise, former secretary Michael Chertoff characterized the VWP as “a 21st century solution to the problem of managing to keep terrorists out of the United States.”

As both former secretaries can attest, after September 11, 2001, security considerations became central to the operation of the VWP. There was great concern that terrorists—e.g., the “Shoe Bomber,” Richard Reid, a British citizen traveling under the VWP—could use the program to evade security checks that might otherwise be performed for foreign nationals when applying for a visa. In response to this concern, the Implementing Recommendations of the 9/11 Commission Act of 2007 (9/11 Act, Pub. L. No. 110-53, § 711(d), 121 Stat. 266, 339 (2007) (codified as scattered provisions of 8 U.S.C. § 1187)) added many security requirements, including secure travel documents, individualized pre-screening of travelers, mandatory bilateral information-sharing arrangements, prompt reporting of lost and stolen passports, and a threat assessment conducted by the director of national intelligence.

How the VWP Works in Practice
The VWP mandates stringent security measures for participating members, including counterterrorism, law enforcement, border control, aviation, and document security standards. For example, in order to maintain its eligibility, each country must ensure that its passports and travel documents meet technical standards that prevent forgery. What’s more, the VWP enables the U.S. government to audit the member country’s security standards on a regular basis. Countries can be—and have been—kicked out of the program or put on probation for failing to meet the program’s strict standards. No other program provides the U.S. government with the opportunity to conduct as far-reaching and consequential audits of foreign security standards, ensuring alignment with our high standards for managing risk.

Equally important, the U.S. government receives better information about which travelers might pose a threat, because participating countries must share information about their suspected terrorists and criminals. Supplementing the U.S. government’s “watchlists” with information from a traveler’s home government is invaluable. Before boarding a flight to the United States, each traveler under the program is individually screened—via the Electronic System for Travel Authorization (ESTA)—against multiple law enforcement and terrorism databases, and security is greatly enhanced when those databases include information from foreign governments.

In other words, the VWP is an effective leverage point for raising and maintaining security standards while providing unprecedented levels of information sharing and access, allowing the United States to know far more about participating countries and their citizens. The measures put in place to prevent another “shoe bomber” have worked.

Future of the VWP
In recent weeks, the efficacy of the VWP—a program whose security measures have just been seconded by the UN Security Council—has been called into question. Concerns have been raised about the ability of ISIS terrorists to enter the United States under the VWP because the VWP bypasses the consular interview. But the security value of conducting a visa interview with every one of millions of travelers is vastly outweighed by the security benefits of the VWP: better data about who poses a threat, documents that are harder to forge, better foreign security standards, and routine auditing of those standards by the U.S. government.

Despite this, recently introduced legislation would pause or roll back the VWP. In my opinion, this step would not enhance U.S. security or address the ISIS threat; in fact, it could prove to be a step back to outdated assumptions and practices and could harm current information-sharing mechanisms.

It is critical that we continually evaluate successful existing security programs like the VWP to identify enhancements (e.g., requiring additional data be submitted to ESTA), much like the Department of Homeland Security continually evaluates participating countries and recommends improvements to their security postures.

While quick decisions and visceral emotional responses often occur in times of heightened security concerns, any discussion of the VWP must remain focused on the facts. And the facts are that the VWP enhances our ability to detect and prevent terrorist travel, ensures elevated security standards for member countries, incentivizes prospective members to meet elevated security standards, and gives the United States access to unprecedented levels of intelligence and information.

Marc Frey is a senior associate of the Homeland Security and Counterterrorism Program at the Center for Strategic and International Studies (CSIS) in Washington, D.C., and a former director of the U.S. Visa Waiver Program. 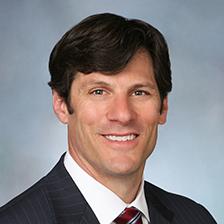 Most Recent From Marc Frey 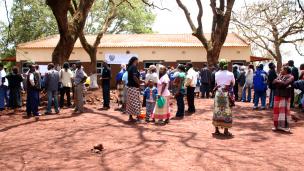 Capacity Development 2.0: Mentoring for Effective Institutions
By Marc Frey
March 4, 2016
In the News

After Paris attacks, calls to tighten US visa rules
February 1, 2015
On Demand Event 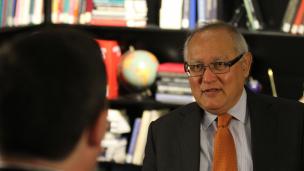