It is our pleasure to send you the December Edition of ISP Brief, the monthly newsletter of the CSIS International Security Program. ISP Brief features articles and commentary written by our scholars, their analysis as published in various media sources (including video and audio highlights), and links to recent events. We hope the newsletter provides you, our readers, a snapshot of the excellent work underway in ISP, and the engaging thoughts of our experts. As always, your feedback is welcome. 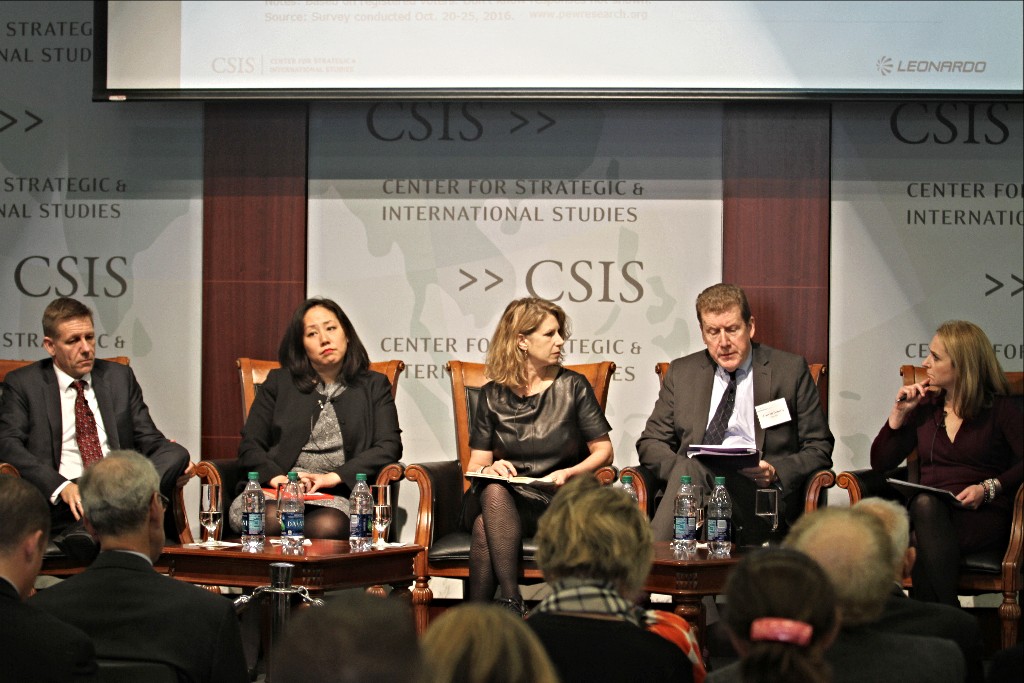 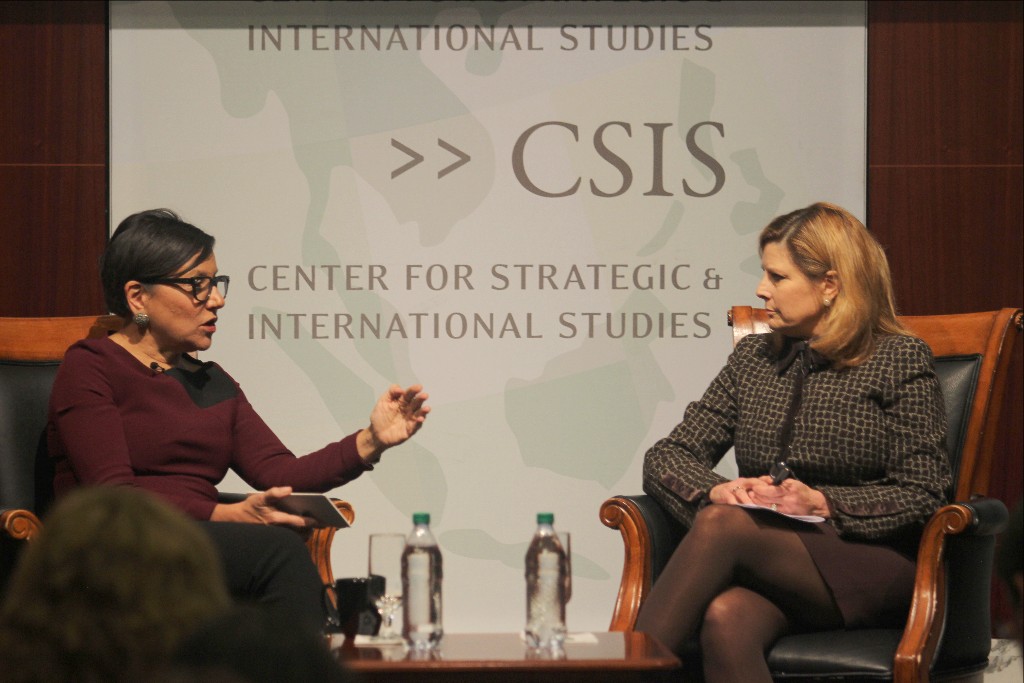 2017 Global Forecast
Global Forecast is an annual collection of essays by CSIS experts focused on the critical issues facing the U.S. and the world in the year ahead.

CSIS’s T45 series will provide insights and recommendations from our scholars on where change in U.S. defense strategy, forces, operations, and institutions would be most valuable to the nation.

Rebuilding Military Force: Needed, But In Phases
By Mark Cancian

Nuclear Forces: Restore the Primacy of the Deterrence
By Tom Karako

U.S. Leadership in an Era of Great Power Competition
By John Schaus

READ "What options do we have in Syria?" by Melissa Dalton, CSIS Global Forecast.

READ "How much should we spend on defense?" by Todd Harrison, Andrew Hunter, and Mark Cancian, CSIS Global Forecast.

READ "The $50 Billion Earmark: Time to Cut Our Losses" by Mark Cancian, in Breaking Defense.

READ "Can DOD Save Billions through Efficiencies in its 'Back Office'?" by Mark Cancian, CSIS International Security Program.

LISTEN to Greg Sanders' quote about Air Force One on NPR Marketplace from December 6.

WATCH Tom Karako in a panel discussion on nuclear weapons, missile defense policy, and the challenges to pursuing them in the next administration.

LISTEN to Melissa Dalton explain the situation in Syria and the options going forward for the next administration.

LISTEN to Greg Sanders discuss what makes Air Force One so expensive and what Trump's tweets may tell us about his views on defense spending. 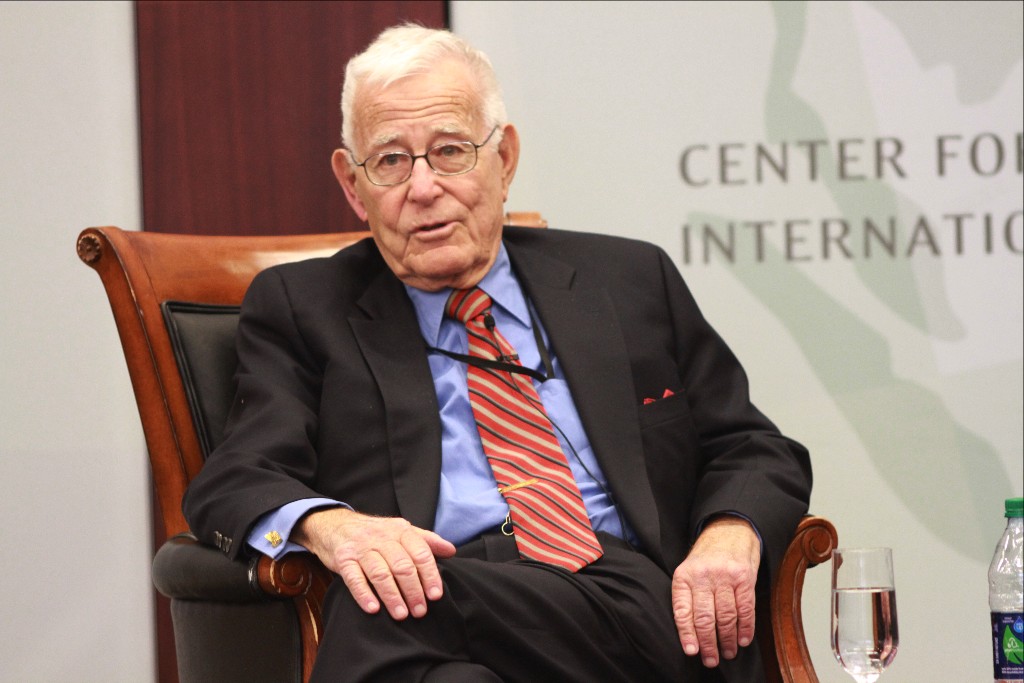 "Trump is unlikely to squeeze more blood out of this rock," - Todd Harrison quoted in the New York Times article "Trump Targets F-35, but Aircraft Means Jobs in 45 States" on December 12, 2016.

"Communication on shared interests and capabilities in South Asia is critical to ensure that the United States and India cooperate instead of compete in the region," - Kathleen Hicks quoted in the Economic Times article "US experts ask Trump administration to make early connection with India" on December 9, 2016.

"Thomas Karako, a senior fellow at the Center for Strategic and International Studies, said that he believes the president may have spoken about a shortcoming of his own administration - in the hope that, as Karako said, the new president may be able to address it , " - Tom Karako cited in BBC article "What is 'big problem' Obama supposedly shared with Trump?" on December 9, 2016.

"No one is going to want to take those jobs. You’re going to have the worst of the worst, because no one with any particular talent is going to want a career where they are going to be banned for life for doing what they were trained to do," - Andrew Hunter quoted in Reuters article "Trump floats ban on defense firms hiring military procurement officials" on December 9, 2016.

"Dalton conceded, however, there is no magic bullet to contain Iran's regional ambitions," - Melissa Dalton cited in Voice of America article "Iran's Proxy Activities Probed on Capitol Hill" on December 6, 2016.

"The real cost could grow to $4 billion," - Todd Harrison quoted in The Washington Post article "Citing high cost, Trump says Boeing's contract to build Air Force One should be canceled" on December 6, 2016.

"Todd Harrison, a defense budget analyst at the Center for Strategic and International Studies, said in an email Tuesday that upgrading a Trump plane to fit presidential requirements would be unrealistic," - Todd Harrison cited in Inside Defense article "Trump criticizes cost of presidential aircraft recapitalization" on December 6, 2016.

"It's 'too early to start hyperventilating about civil-military relations," - Mark Cancian quoted in the Bloomberg Politics article "Mattis Pick Opens Congress Debate on Ex-Generals" on December 2, 2016.

"If Aleppo falls, the choices narrow for the United States in terms of next steps," - Melissa Dalton quoted in Al Monitor article "What would fall of Aleppo mean for US Syria policy?" on December 1, 2016.

"I'm concerned there will be a struggle for power between these two secretaries that could be unproductive, so it is possible it could get tweaked once again with the new administration coming in to take on a character that appeals to the next secretary," - Andrew Hunter quoted in Defense News article "NDAA Installs Major Structural Reforms to Pentagon" on November 30, 2016.

"Building partner capacity [missions, training, and exercises] will be heavily scrutinized," - Kathleen Hick quoted in the USNI News article "Former CNO Roughhead: Stepping Back From Alliances Like NATO 'Perilous' to U.S." on November 29, 2016.