It's our pleasure to send you the December Edition of the ISP Brief, the monthly newsletter of the CSIS International Security Program. The ISP Brief features articles and commentary written by our scholars including analysis as published in various media sources (including video and audio highlights) and links to recent events. We hope the newsletter provides you, our readers, a snapshot of the excellent work underway in ISP and the engaging thoughts of our experts. As always, your feedback is welcome.

The Defense360 Bad Ideas In National Security series is back for the third year running. This year's edition features pieces from CSIS scholars as well as colleagues from other think tanks and organizations on topics ranging from overclassification and small satellites to grand strategy and nuclear command and control. Check them out now.

LISTEN -Todd Harrison, Kathleen Hicks, and Andrew Hunter joined Andrew Schwartz for an episode of theTruth of the Matter podcast to discuss the Bad Ideas in National Security series, analyze their own pieces, and nominate the frontrunners for the "worst" bad idea. Listen on iTunes.

across confessional lines, united in their belief that their current government is corrupt, predatory, and outdated. A new commentary from ISP's Hijab Shah and Melissa Dalton along with Project on Prosperity and Development's Erol Yayboke, analyzes how U.S. policy and programming in Lebanon should be designed to be agile and responsive to unanticipated and rapid changes in the environment while being open to continual review and reassessment of outcomes, objectives, and framing.

Does the Defense Department’s New Approach to Industrial Base Cybersecurity Create More Problems Than It Solves?
Malicious cyber actors increasingly target the defense industrial base for both economic and security gains. The Department of Defense (DOD) has since acknowledged

that industrial base cybersecurity is insufficient and has suggested a new approach—the Cybersecurity Maturity Model Certification (CMMC)—to address future cyber threats. Morgan Dwyer argues that in its present instantiation, CMMC may create more problems than it solves.

Rigid Structures, Evolving Threat: Preventing the Proliferation and Use of Chemical Weapons
Chemical weapons are back. Since 2012,

the growing number and types of CW uses have increasingly challenged the anti-CW regime. A new report from the Project on Nuclear Issues examines the evolving and changing nature of chemical weapons and how the system of restraint must adapt to ensure that the proliferation and use of chemical weapons do not reemerge as endemic features of the global security landscape.

hosted three of CSIS's preeminent scholars to discuss the major issues that faced the world in 2019 and what issues we should expect to take a front seat in 2020. Host Beverly Kirk sat down with Kathleen Hicks, director of ISP; Sarah Ladislaw, director of the Energy and National Security program; and Stephanie Segal, senior fellow in the Simon Chair in Political Economy. Listen on iTunes and Spotify.

CSIS-DAPA Conference 2019: A New Generation of Partnership in the U.S.-ROK Alliance
The Defense-Industrial Initiatives Group and the CSIS Korea Chair hosted a joint conference that explored the extensive cooperation between defense-industrial firms in the two nations. The session featured a conversation with the Republic of Korea's Defense Acquisition Program Administration Minister, Mr. Jung-hong Wang and the U.S. Department of Defense's Assistant Secretary of Defense for Acquisition, Mr. Kevin Fahey.

READ - "Competing to Win: A Coalition Approach to Countering the BRI" by Lieutenant Colonel William Pacatte

READ - "Stop the Madness of NATO Expansion" by Mark Cancian

anchor and CSIS Trustee Bob Schieffer sat down with theWall Street Journal's Nancy Youssef and CSIS'sSeth Jones, Brian Katz, and Melissa Dalton to discuss the consequences of the U.S. withdrawal from Syria.

LISTEN -Melissa Dalton joined an episode of CSIS's Take as Directed podcast where she discussed how gender-based violence impacts women and girls in crises, and how this undermines global health security and community resilience. Listen on iTunes.
WATCH -Kaitlyn Johnson joined 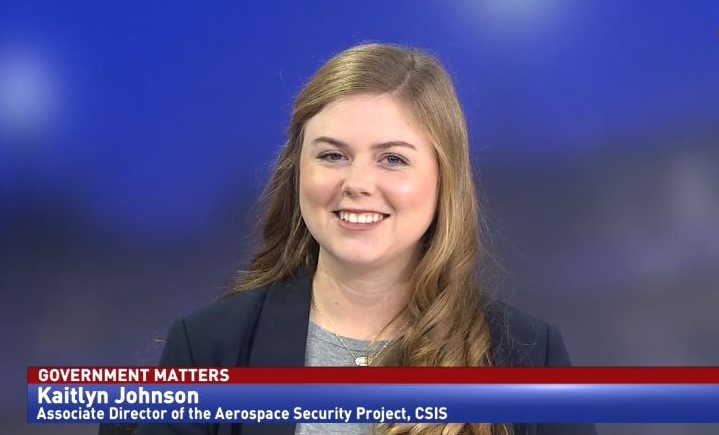 Government Matters to discuss how the Space Force plays into military authorization negotiations and why the potential sixth military service is being delayed by the negotiations. 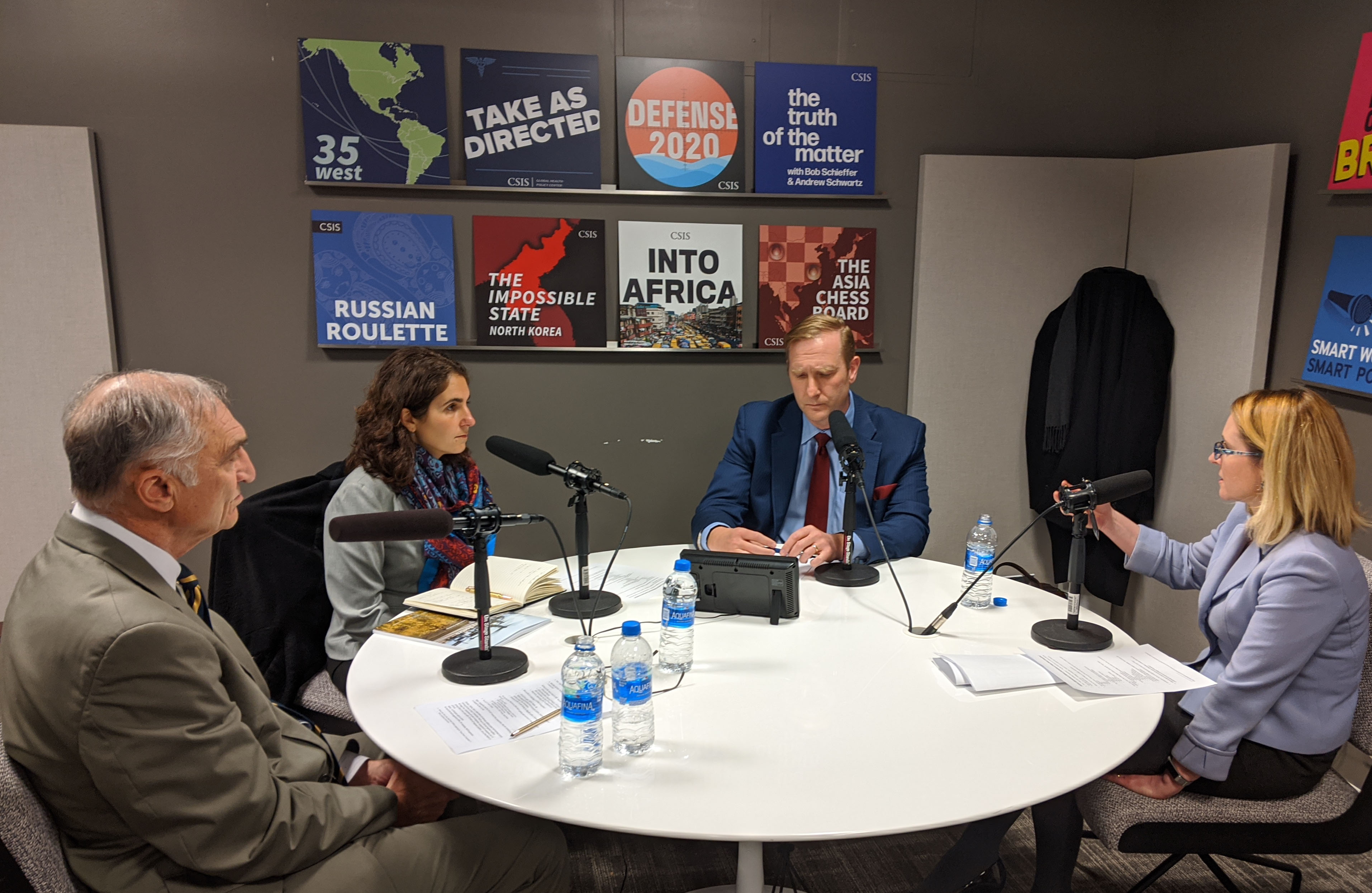 LISTEN - On an episode of theDefense & Aerospace Report Podcast, Todd Harrison joined a panel to discuss the authorization and appropriations deliberations.

LISTEN - On another episode of theDefense 2020 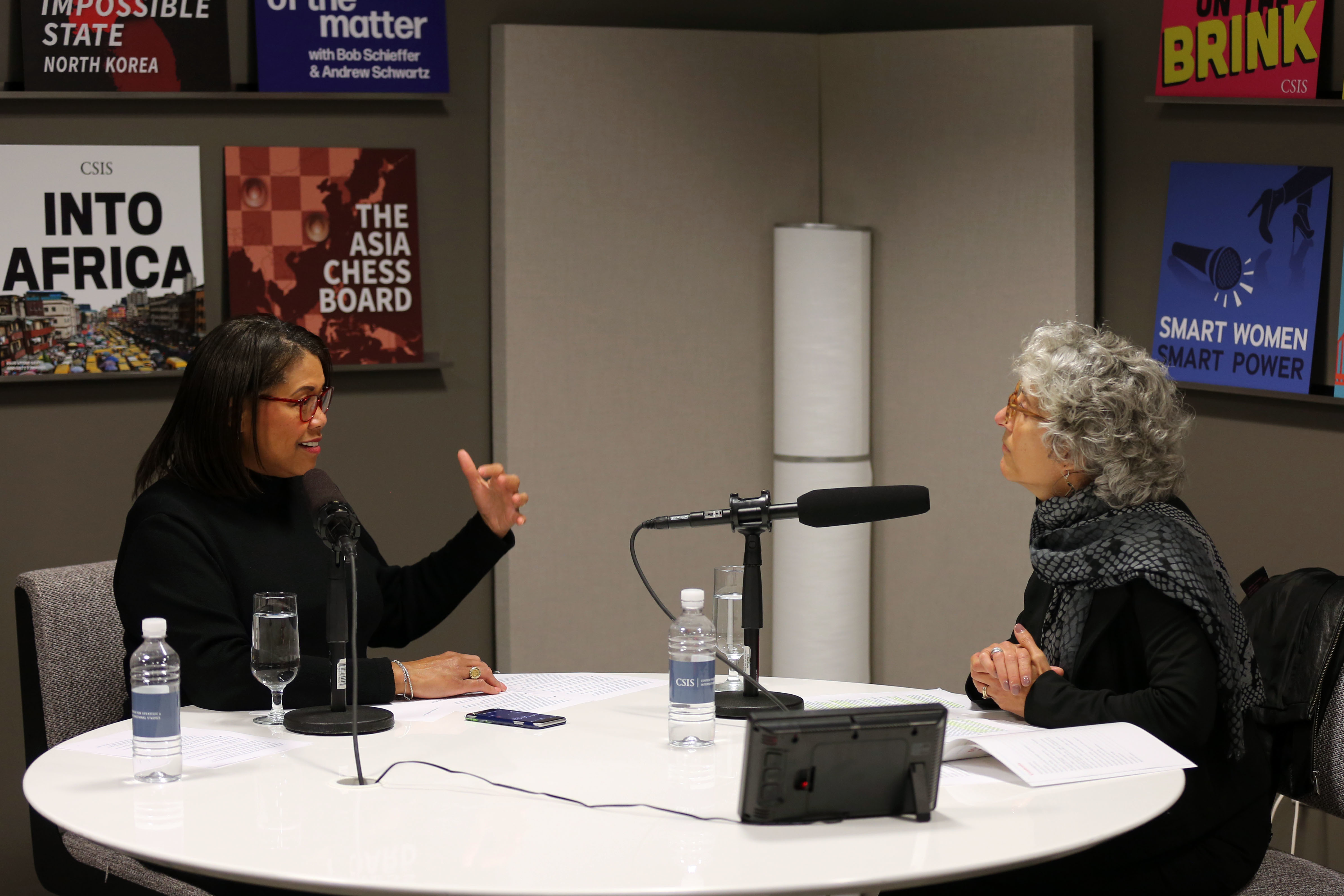 Beverly Kirk and Janet Fleischman, CSIS Senior Associate (Non-resident) in the Global Health Policy Center. They discuss her latest report which examines why women and girls' health and protection should be a top priority in emergency and international crisis situations. Tune in on iTunes and Spotify.

The Future of Commercial Space: A 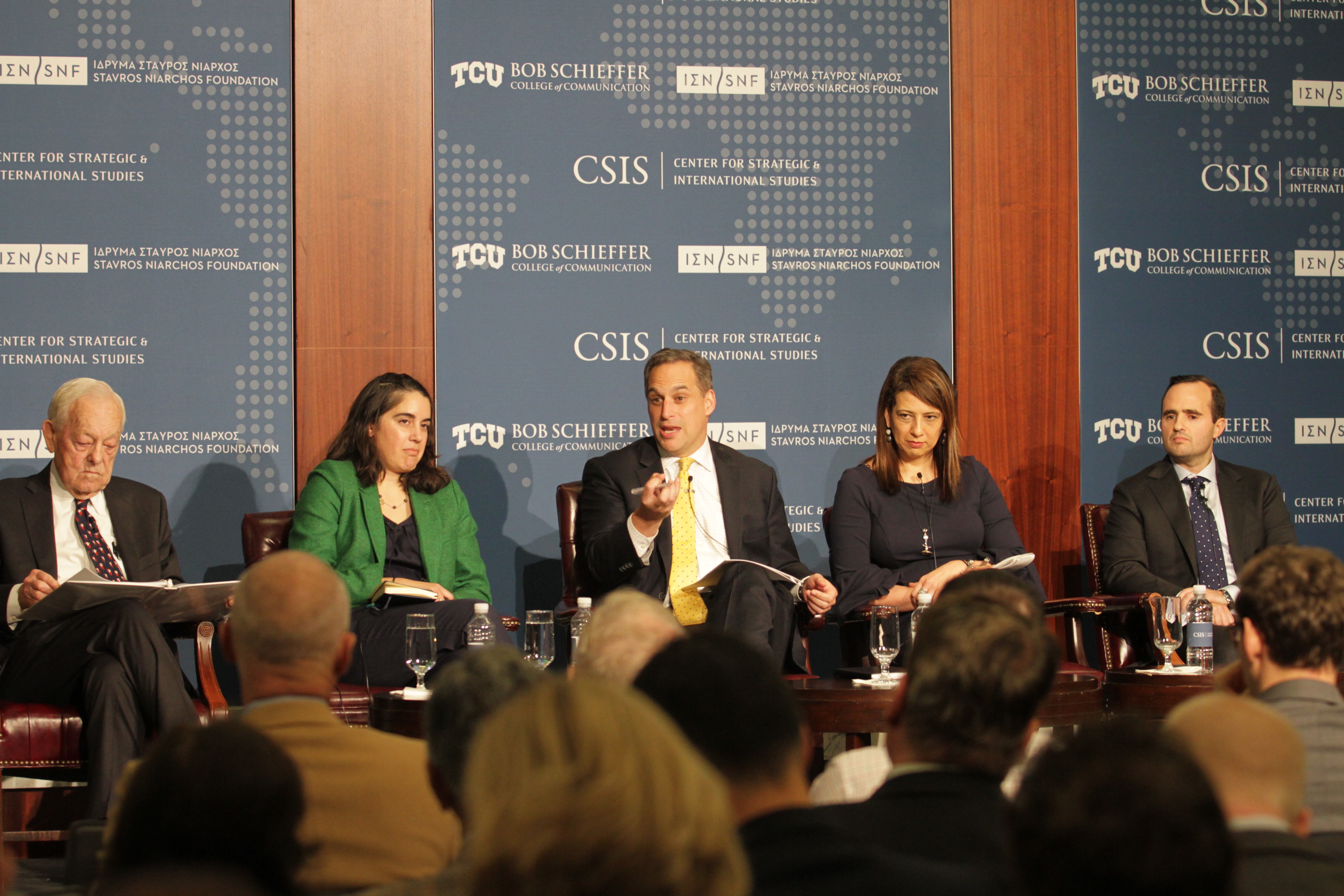 When discussing the threat of Russian attack through the use of location data, Suzanne Spaulding said, "Think about Russia's efforts to undermine public trust and confidence in our democratic institutions. Think about all of the ways they could use location data to do that. Think about tracking judges everywhere they went and how you could use that to undermine confidence in our courts and our justice system," in The New York Times on December 20, 2019.

"I think we're at that point of totally overhauling the federal budget process because it has not been working for a long time -- basically a decade," said Todd Harrison in D efense One on December 10, 2019.

When discussing North Korea's missile capability Ian Williams said, "A big advance to them would be if they could get their longer-range missiles, move them into the use of solid fuel, which makes them much more operationally useful," in V OA News on December 10, 2019.

When discussing Moscow's intent to purchase more S-400 missile systems from Ankara in the beginning of 2020, Tom Karako said, "Russia is using Turkey itself as a political missile aimed at the heart of NATO solidarity. The whole episode has become an embarrassment," on CNBC on December 2, 2019.