It's our pleasure to send you the February Edition of the ISP Brief, the monthly newsletter of the CSIS International Security Program. The ISP Brief features articles and commentary written by our scholars including analysis as published in various media sources (including video and audio highlights) and links to recent events. We hope the newsletter provides you, our readers, a snapshot of the excellent work underway in ISP, and the engaging thoughts of our experts. As always, your feedback is welcome.

Defending Rule of Law Norms: A Conversation with Rod Rosenstein
Deputy Attorney General Rod Rosenstein joined CSIS for a conversation on the importance of defending rule-of-law norms and the contrast between the U.S. Department of Justice's efforts and the Chinese government's efforts on these issues. He sat down with Suzanne Spaulding, Senior Adviser for Homeland Security in ISP. 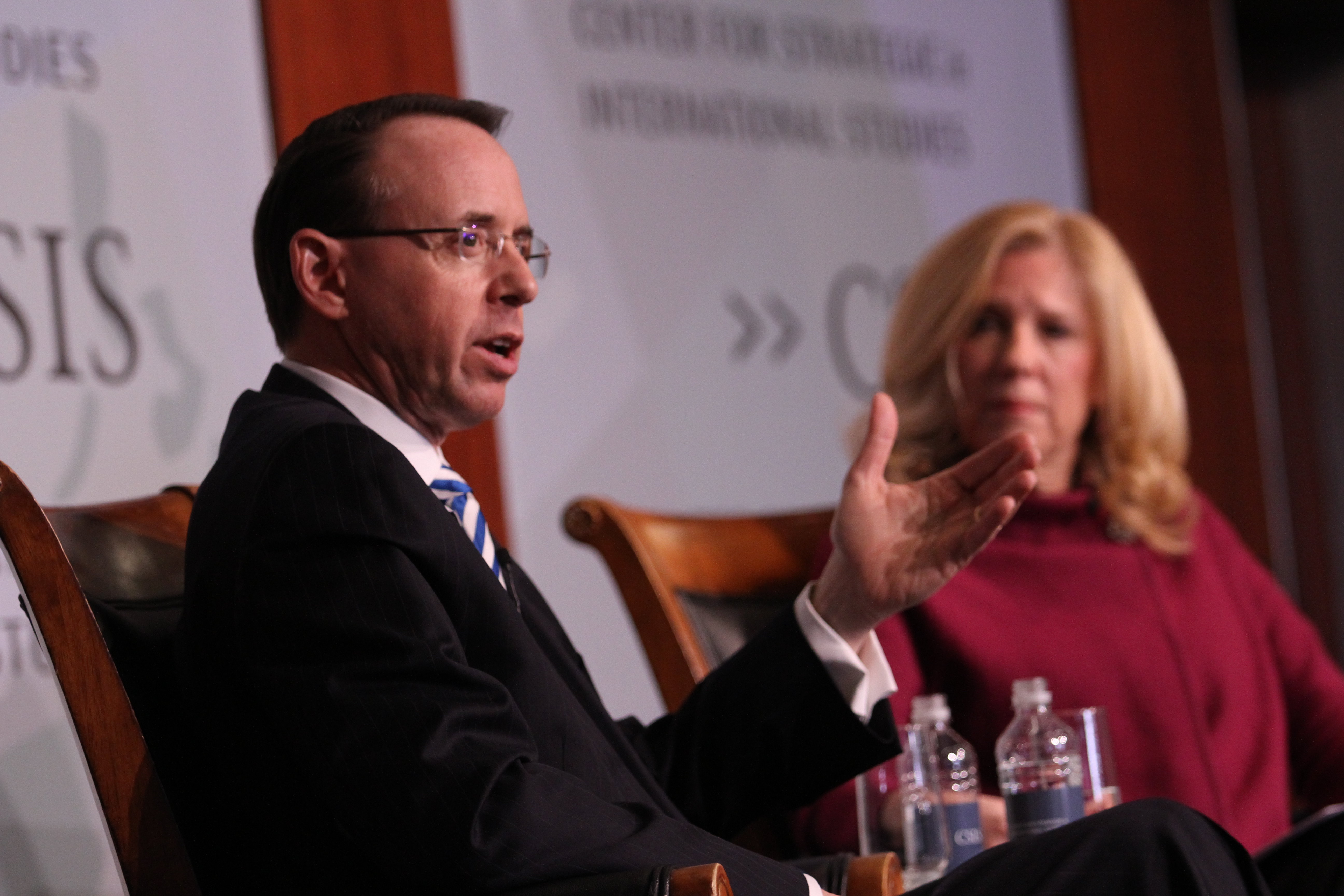 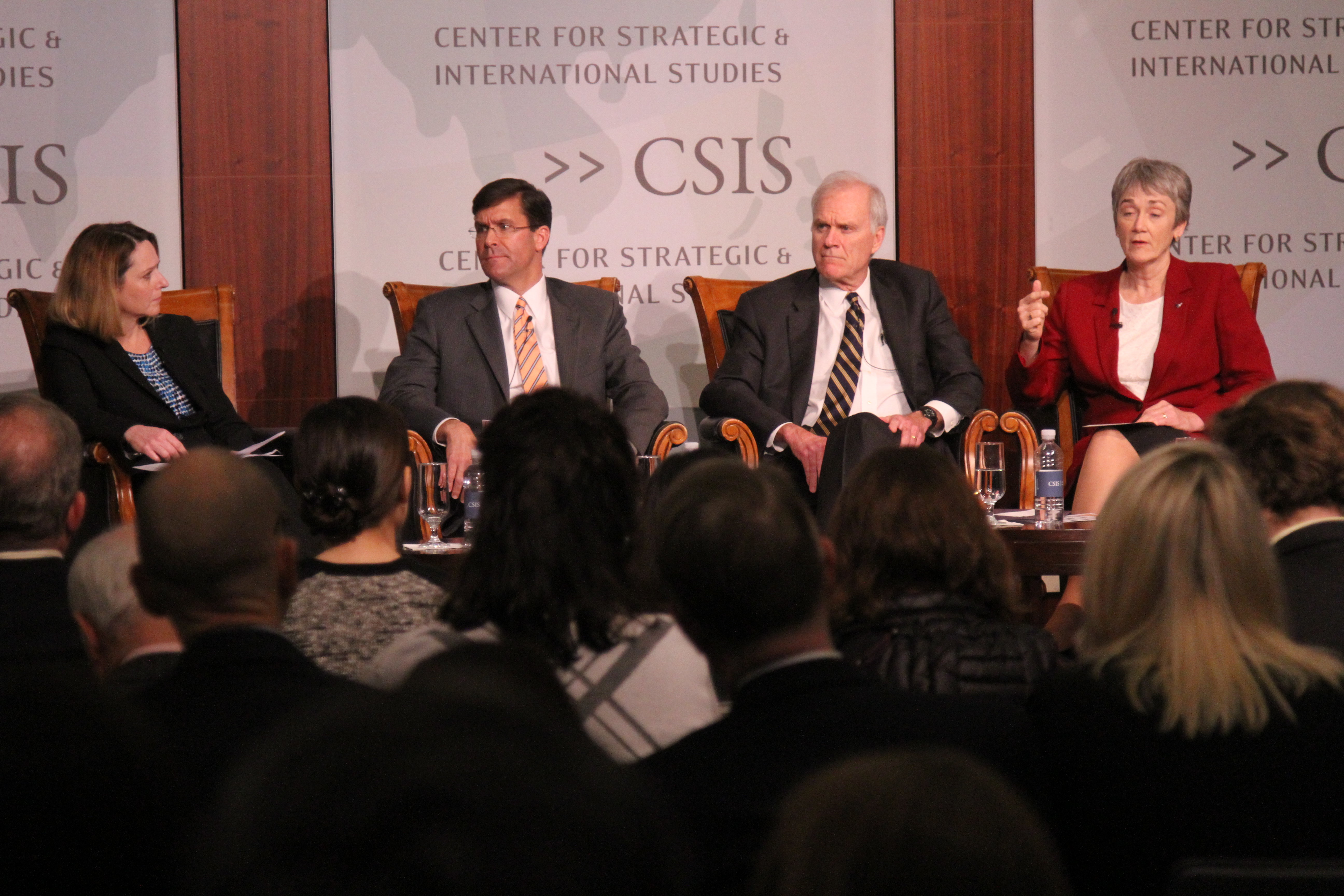 Give Peace a Chance, Just Not This Way
There is mounting analysis that President Trump and Kim Jong-un may announce a peace declaration this week in Hanoi, which would be a terrible gift in beautiful wrapping, argues ISP fellow John Schaus, and could pose serious risks to enduring U.S.-South Korea relations. 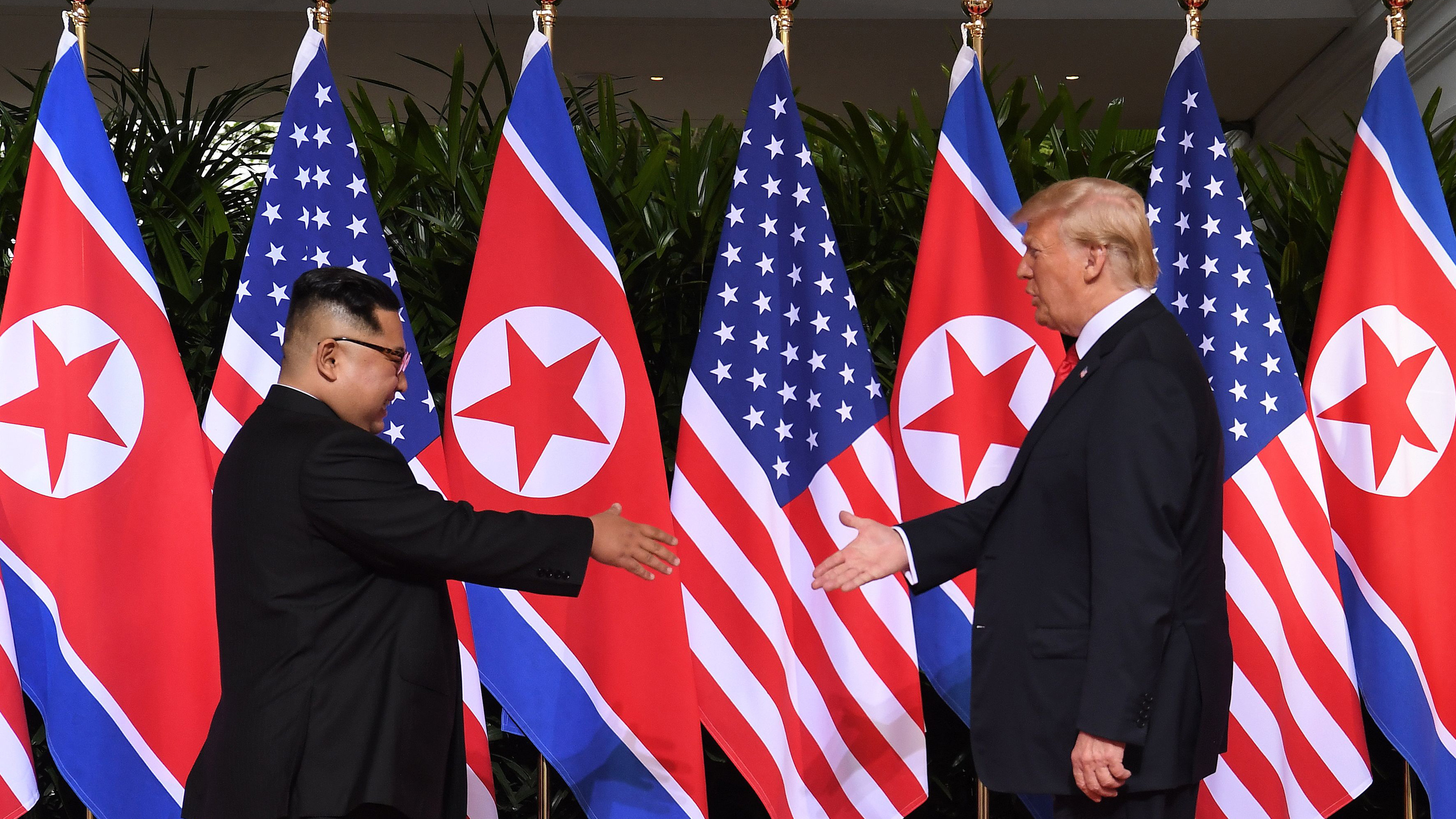 Evaluating Consolidation and the Threat of Monopolies within Industrial Sectors
A new report from Andrew Hunter, Gregory Sanders, and Zach Huitink examines the importance of industrial concentration in U.S. defense acquisition. Contrary to the hypothesis, competition is associated with higher rates of termination, and only single-offer competition is significantly associated with lower rates of cost ceiling breaches. 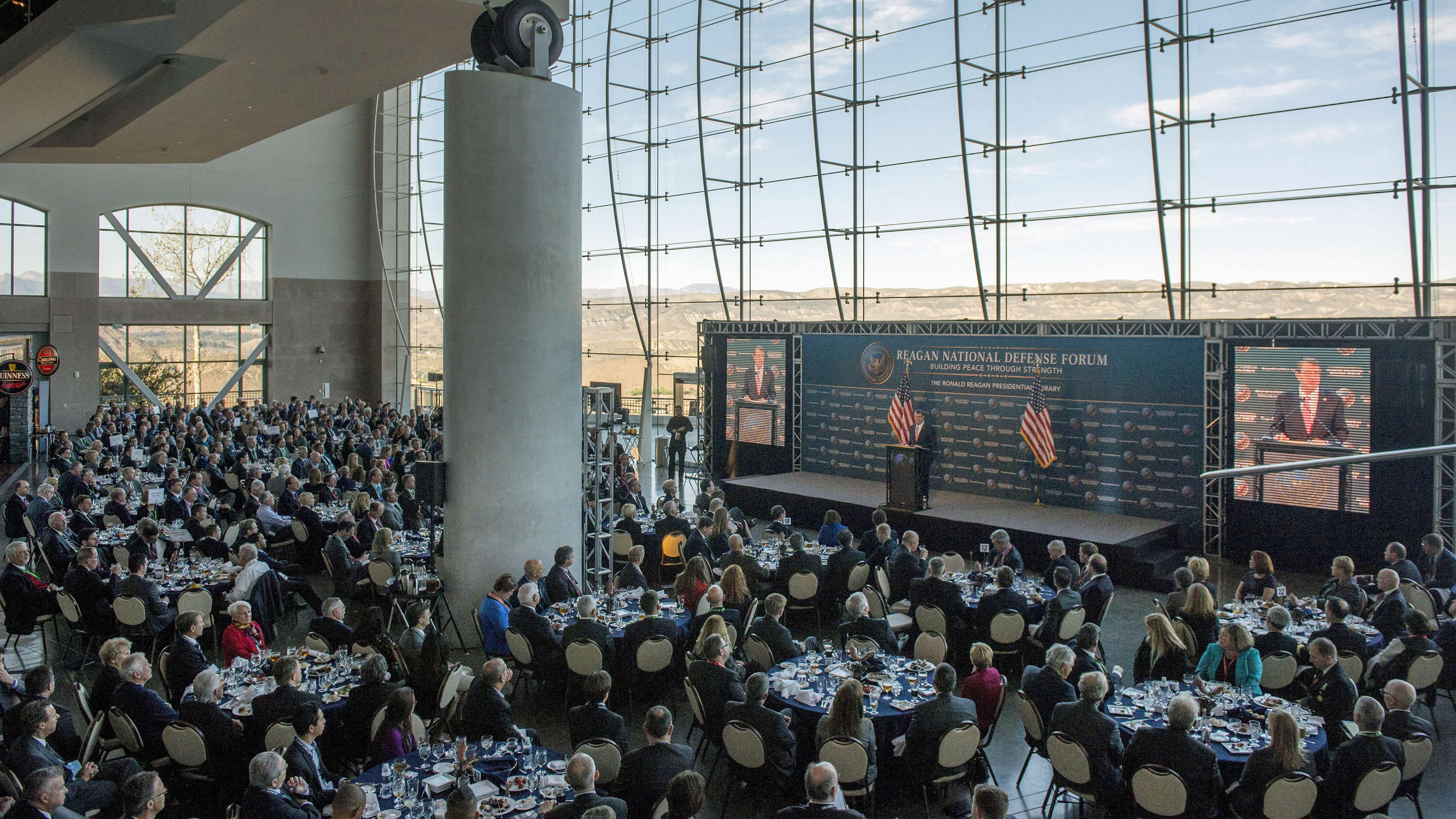 Melissa Dalton has been appointed to the Syria Study Group (SSG). Congress established the SSG to examine and make recommendations on the military and diplomatic strategy of the United States regarding the conflict in Syria. The SSG is a bi-partisan working group composed of 12 participants. Each is appointed by a member of Congress.

Our Marine Corps Fellow, Lieutenant Colonel William Pacatte III, arranged a second field trip this month for members of ISP and CSIS to visit the Marine Corps Museum and Marine One Squadron (HMX-1). 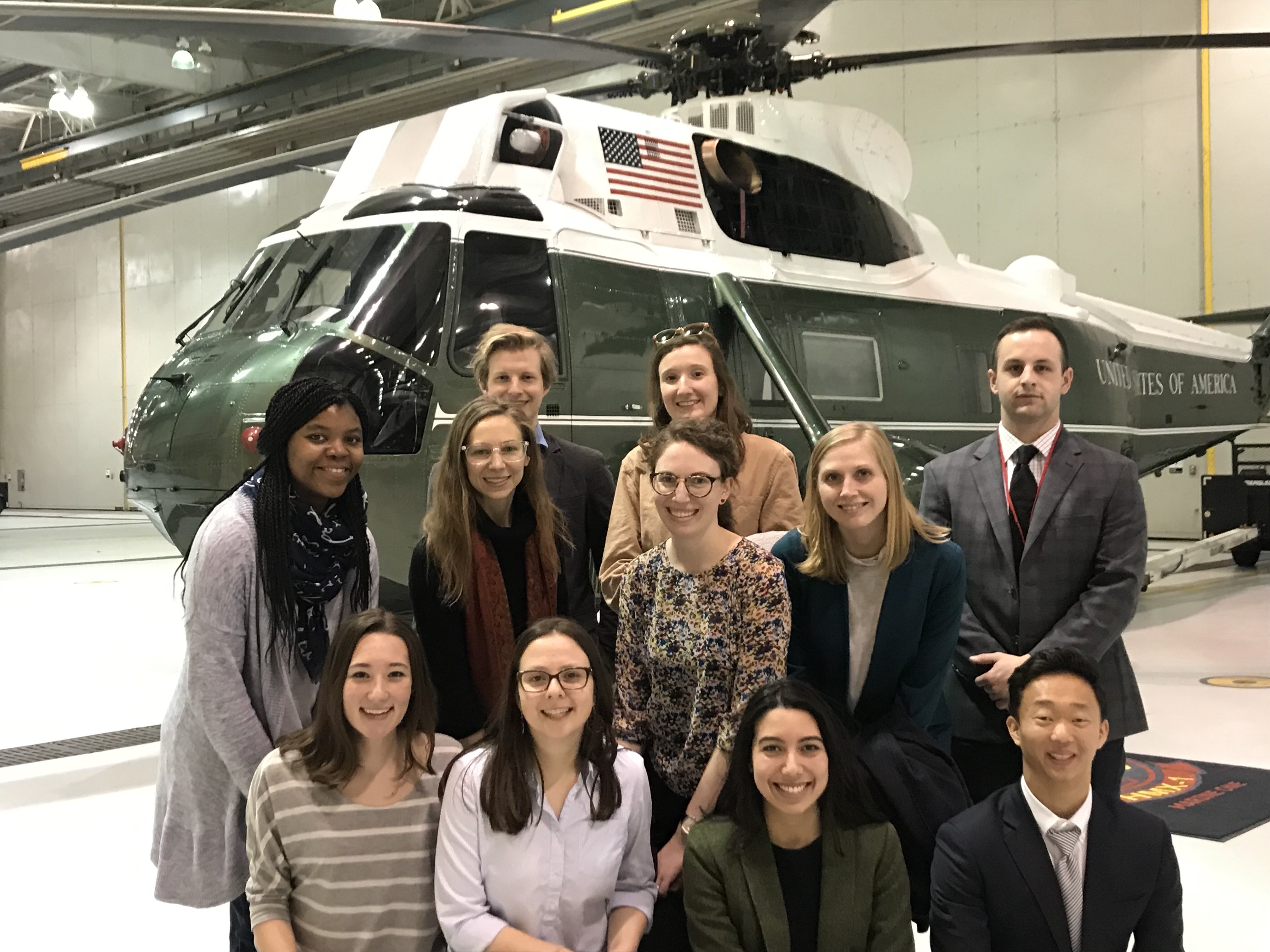 READ - "On the Horizon: A Collection of the Papers from the Next Generation" by Sarah Minot Asrar and Rebecca Hersman

READ - "The State of the Union: A Checklist for Defense" by Mark Cancian

READ - "Policy and You: A Guide for Intelligence Analysts" by Brian Katz

READ - "How the Taliban Would Take Over Afghanistan" by Seth G. Jones

READ - "How to Predict the 2020 Presidential Winner" by Sam Brannen 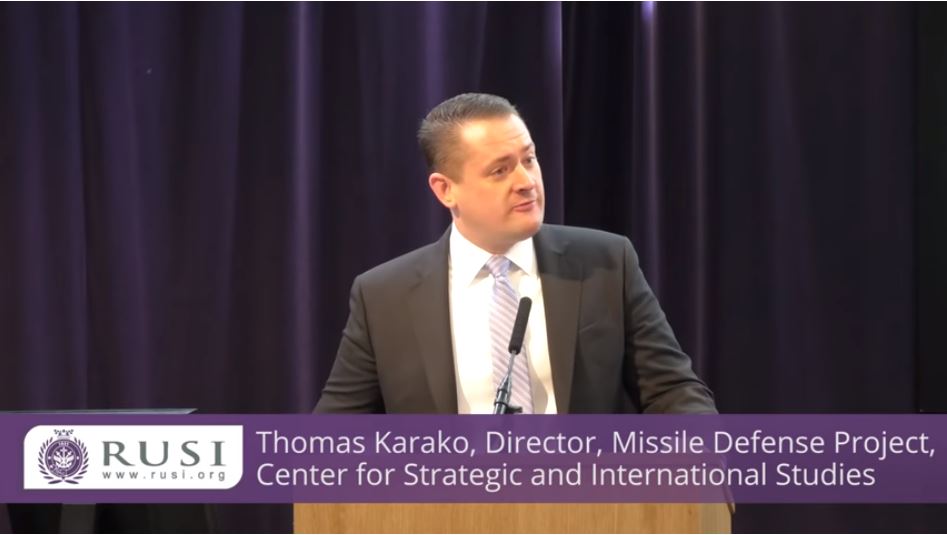 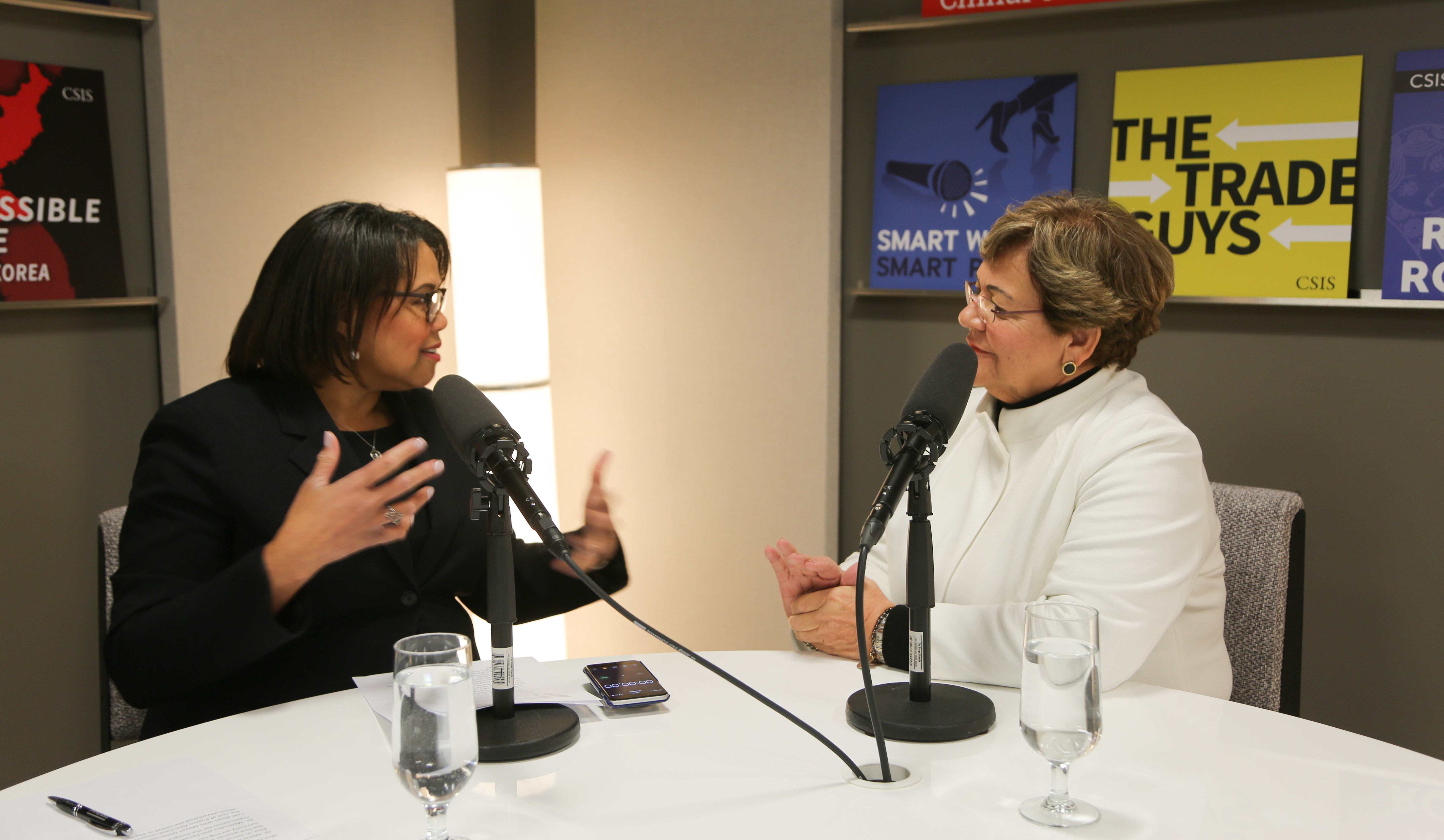 LISTEN - Sam Brannen joined WNYC's The Takeaway to discuss his thoughts on the biggest threats to America today.

LISTEN - War on the Rocks interviewed Brian Katz on the findings and challenges in implementing the Worldwide Threat Assessment.

WATCH - Rebecca Hersman, Director, Project on Nuclear Issues spoke on a panel at the Council on Foreign Relations on the Future of U.S.-North Korea Relations. 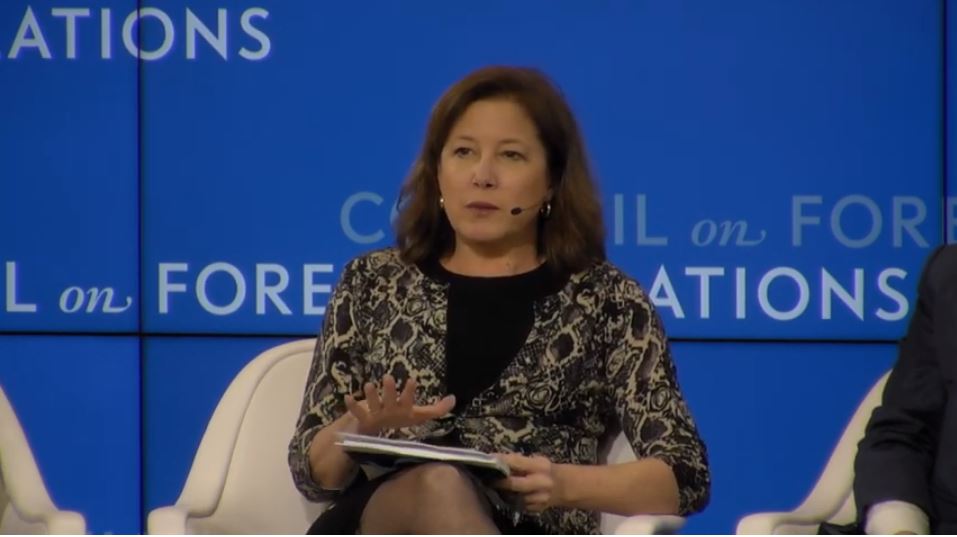 LISTEN - Todd Harrison spoke on NPR's All Things Considered about how President Trump could try to pay for a border wall without a vote of Congress.

LISTEN - Suzanne Spaulding spoke with Federal News Network about how public and private sector groups are managing their cyber risks.

LISTEN - On a special episode of the Smart Women, Smart Power podcast Beverly Kirk sat down with Jane Ferguson, PBS NewsHour Correspondent. They discussed the current status of the crisis in Yemen and the near-famine conditions plaguing the war-torn country. 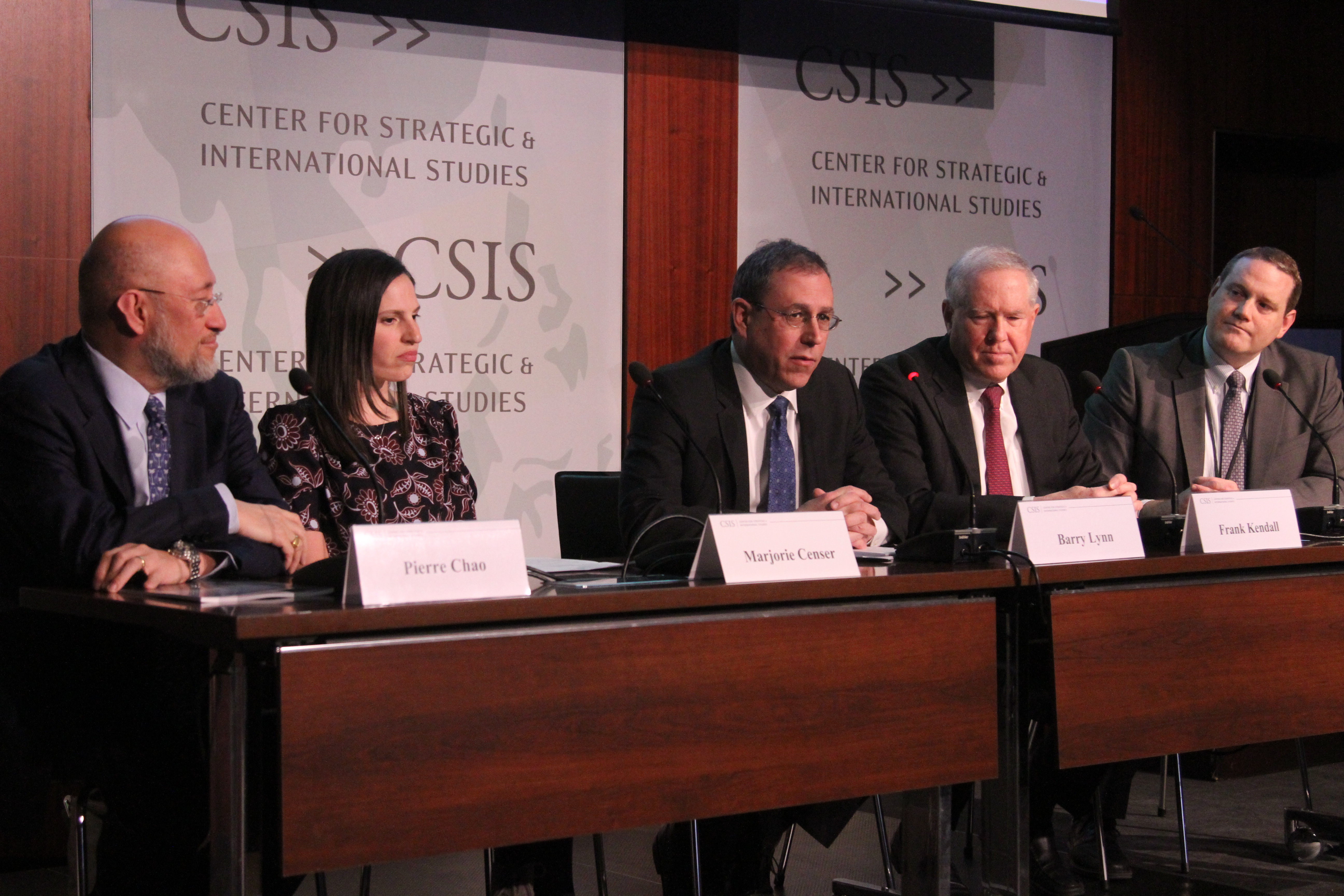 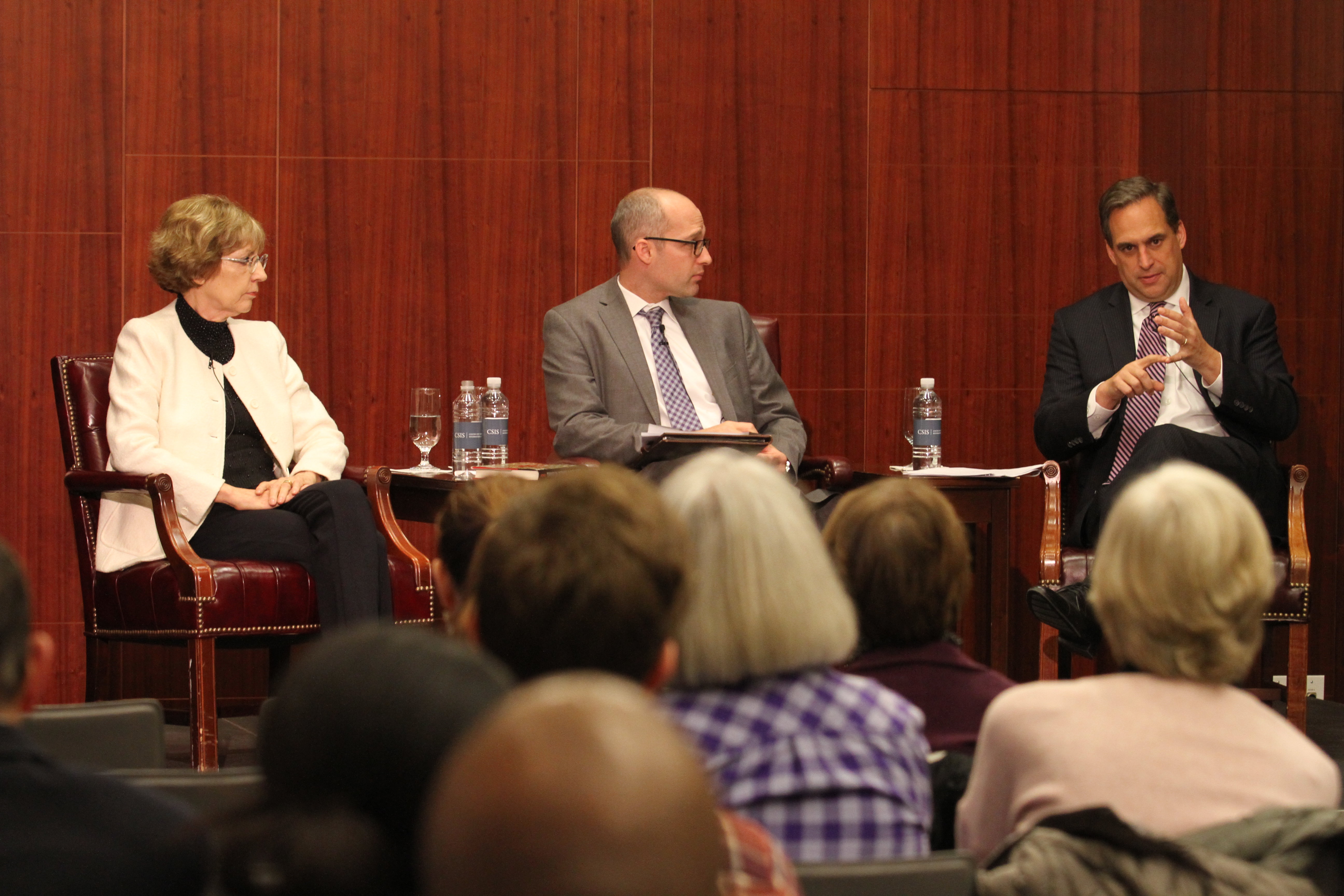 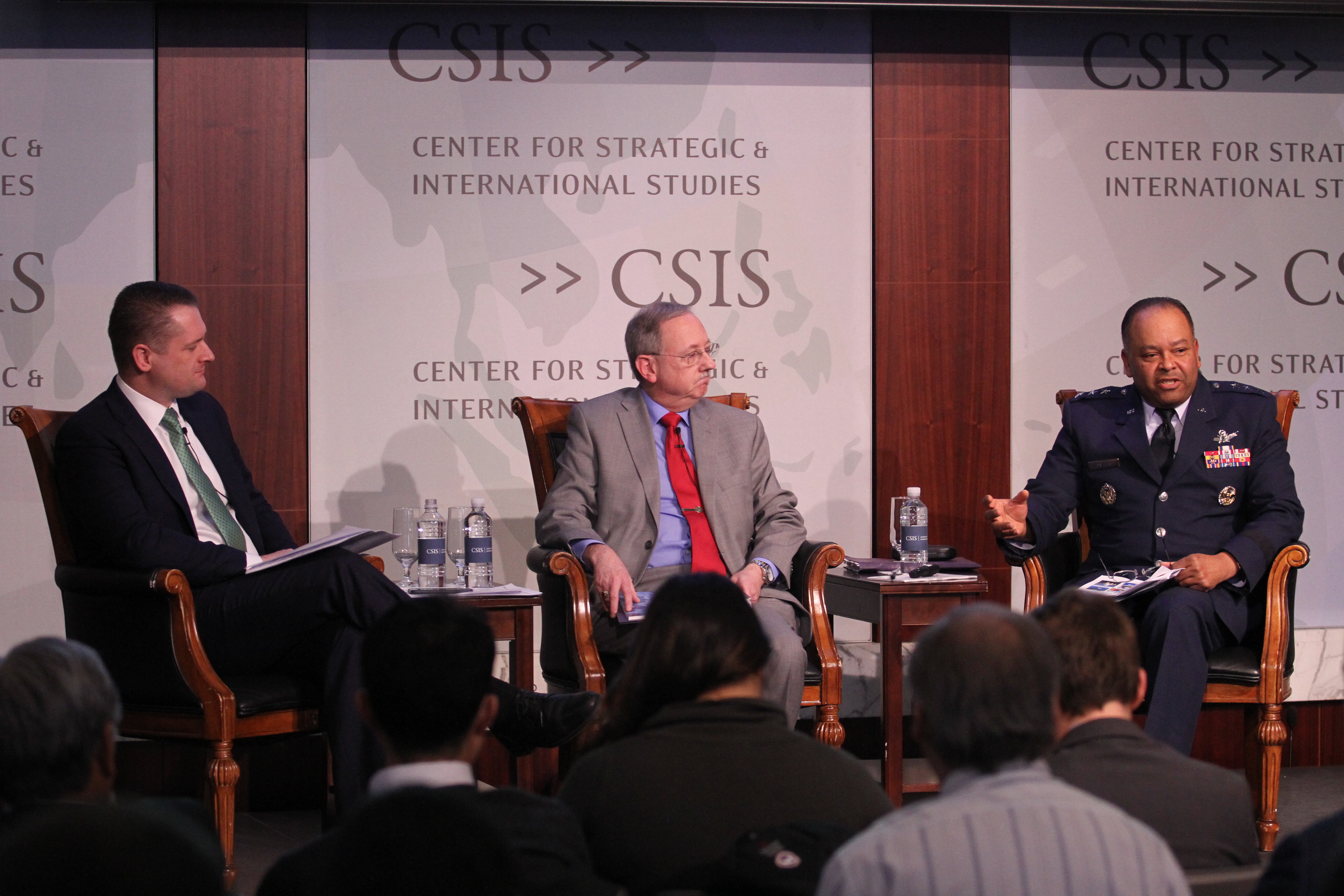 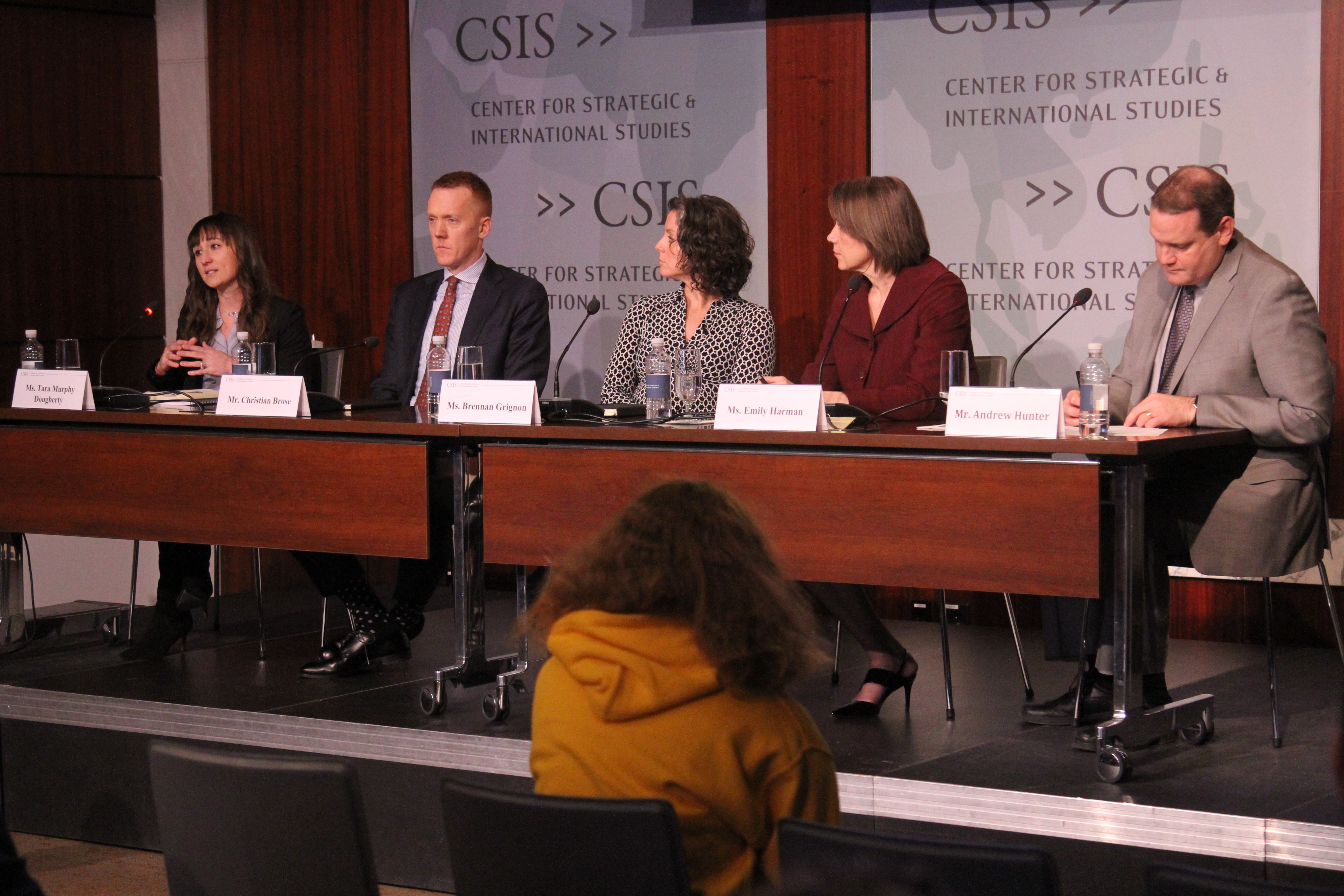 "You can't make foreign fighters stateless--it encourages that individual not being connected to law-abiding societies whether its integration or any sort of accountability and heightens the risk of them purusing extremest ideologies." - Melissa Dalton in USA Today on February 21, 2019.

"There is a broader question in Europe, including among countries gathering in Munich, about what the U.S. role in the world is. It's not necessarily isolationist policy, but definitely one operating with much more international restraint than previous administrations. And who fills that vacuum?." - Seth G. Jones in The New York Times on February 15, 2019.

"Simply trying to prohibit insecure components is not the long-term solution. Rather, we need to be developing ways to be more resilient, to detect those components that have security risks and mitgate those risks." - Suzanne Spaulding in The Washington Post on February 12, 2019.

"Fully implementing the National Defense Strategy means you'll need tradeoffs. Things have to go. The 355-ship Navy is out the window if you want to implement the plan." - Todd Harrison in Defense One on February 1, 2019.