It's our pleasure to send you the February Edition of the ISP Brief, the monthly newsletter of the CSIS International Security Program. The ISP Brief features articles and commentary written by our scholars including analysis as published in various media sources (including video and audio highlights) and links to recent events. We hope the newsletter provides you, our readers, a snapshot of the excellent work underway in ISP and the engaging thoughts of our experts. As always, your feedback is welcome. 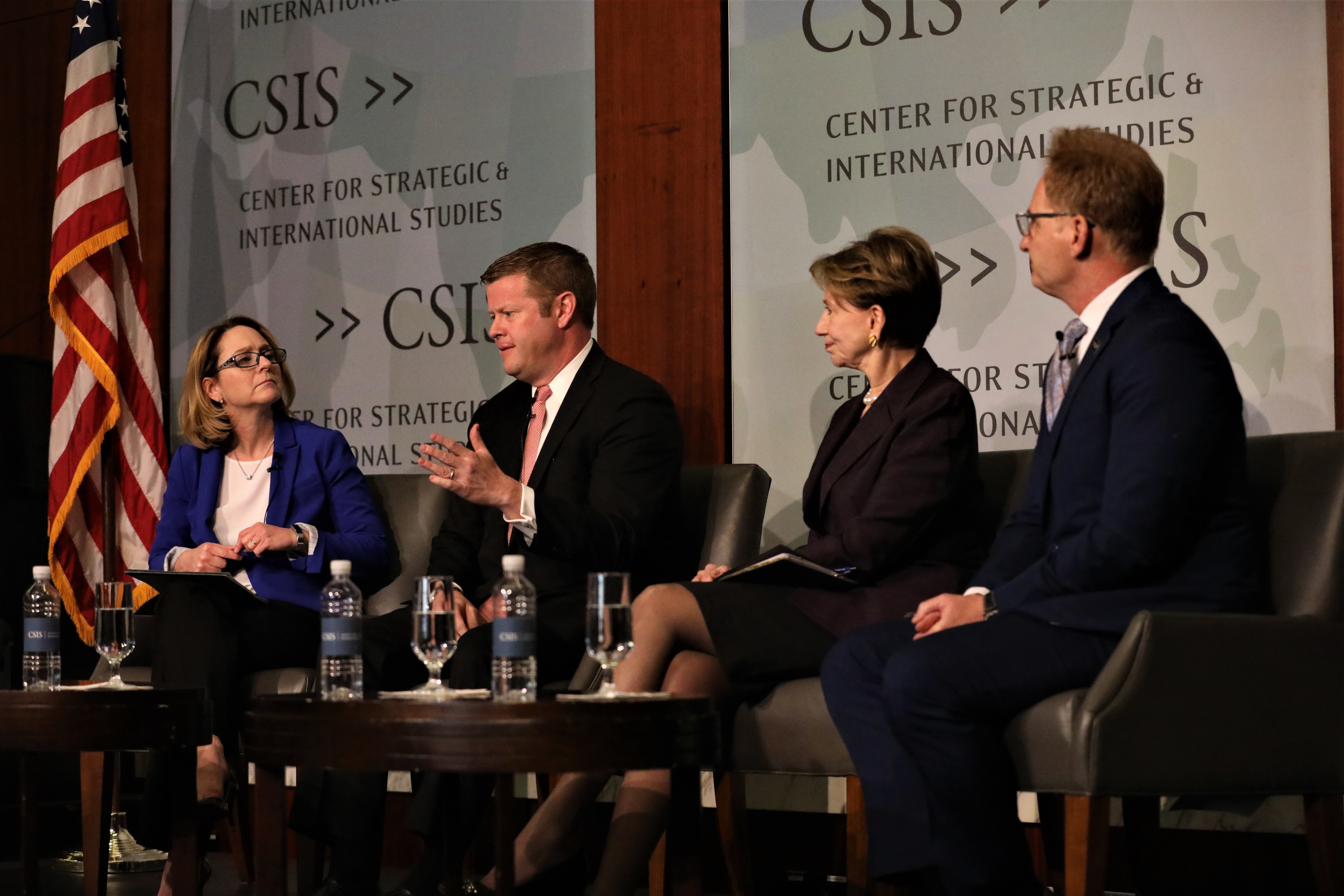 Military Departments on February 21, 2020. Secretary of the Army Ryan McCarthy, Secretary of the Air Force Barbara Barrett, and Acting Secretary of the Navy Thomas Modly discussed the state of their services, defense strategy, and key initiatives in the FY 2021 budget and associated future years defense program. 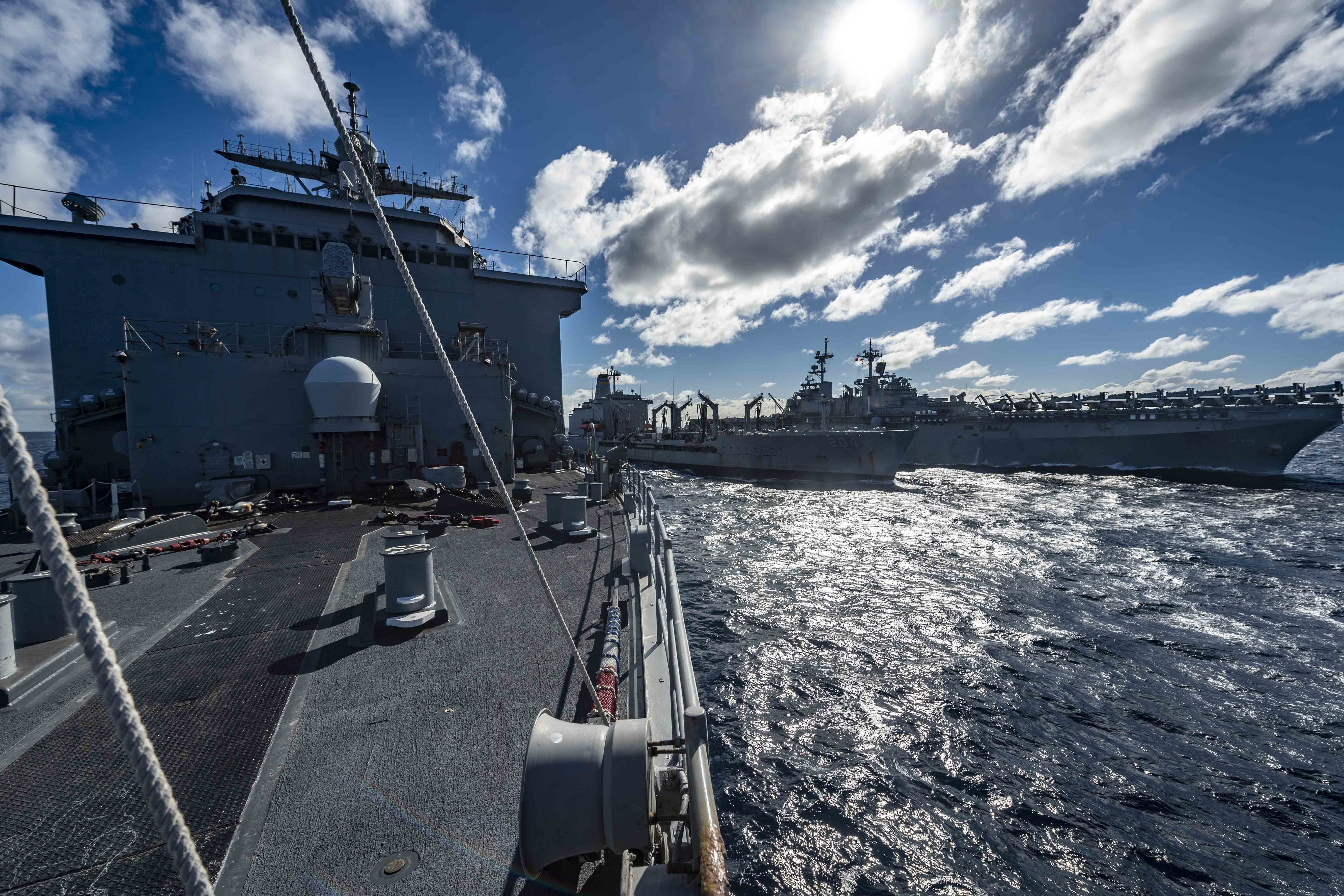 in-depth assessment of national defense funding in FY 2020. The analysis discusses the budget’s alignment with the 2018 National Defense Strategy and compares the Administration's request for FY 2020 to the appropriations passed by Congress. The report also assesses the Department of Defense’s projections for future defense spending by title and by military department.
(Photo: U.S. NAVY PHOTO BY MASS COMMUNICATION SPECIALIST 2ND CLASS MARKUS CASTANEDA)

What Is the Philippines-United States Visiting Forces Agreement, and Why Does It Matter?
On February 11, 2020, the Philippines announced it had given notice to the 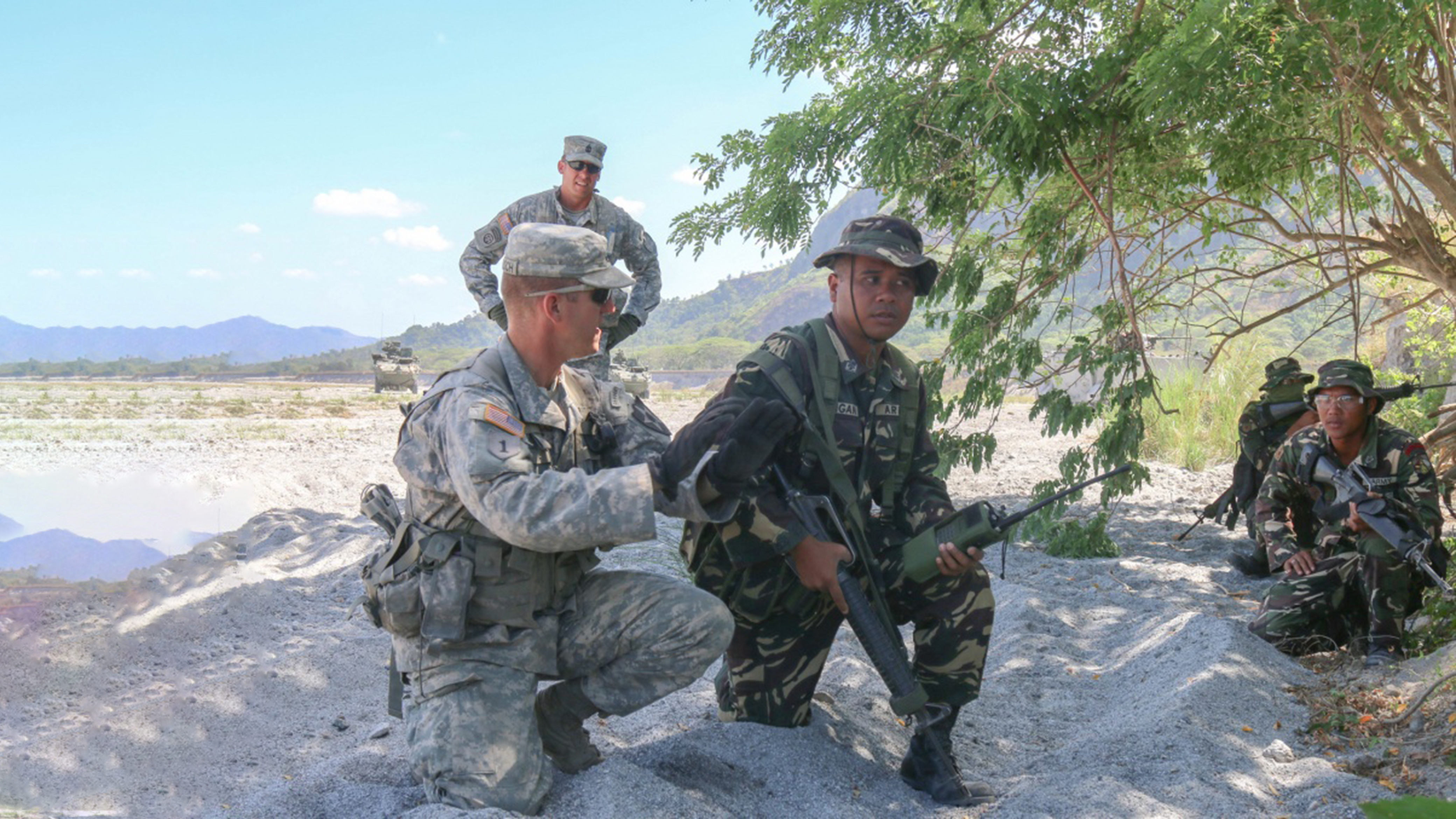 United States that it intended to withdraw from the Philippines-United States Visiting Forces Agreement (VFA) between the two countries. In a new CSIS Critical Questions, John Schaus summarizes what the VFA is and why it matters.
(Photo: Department of Defense)

Decision-making and Technology Under the Nuclear Shadow
On February 18th, the Project on Nuclear Issues held a half-day conference that 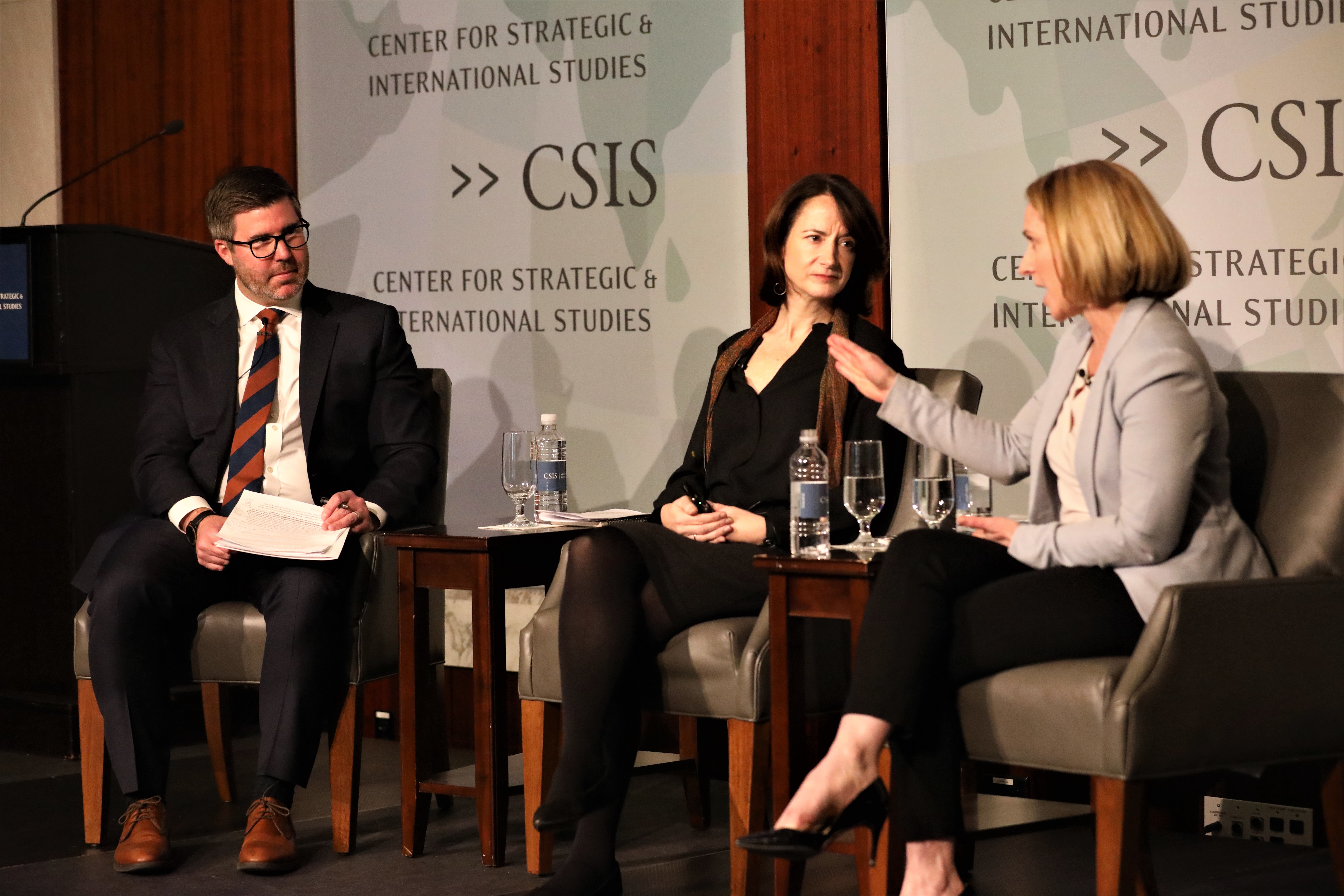 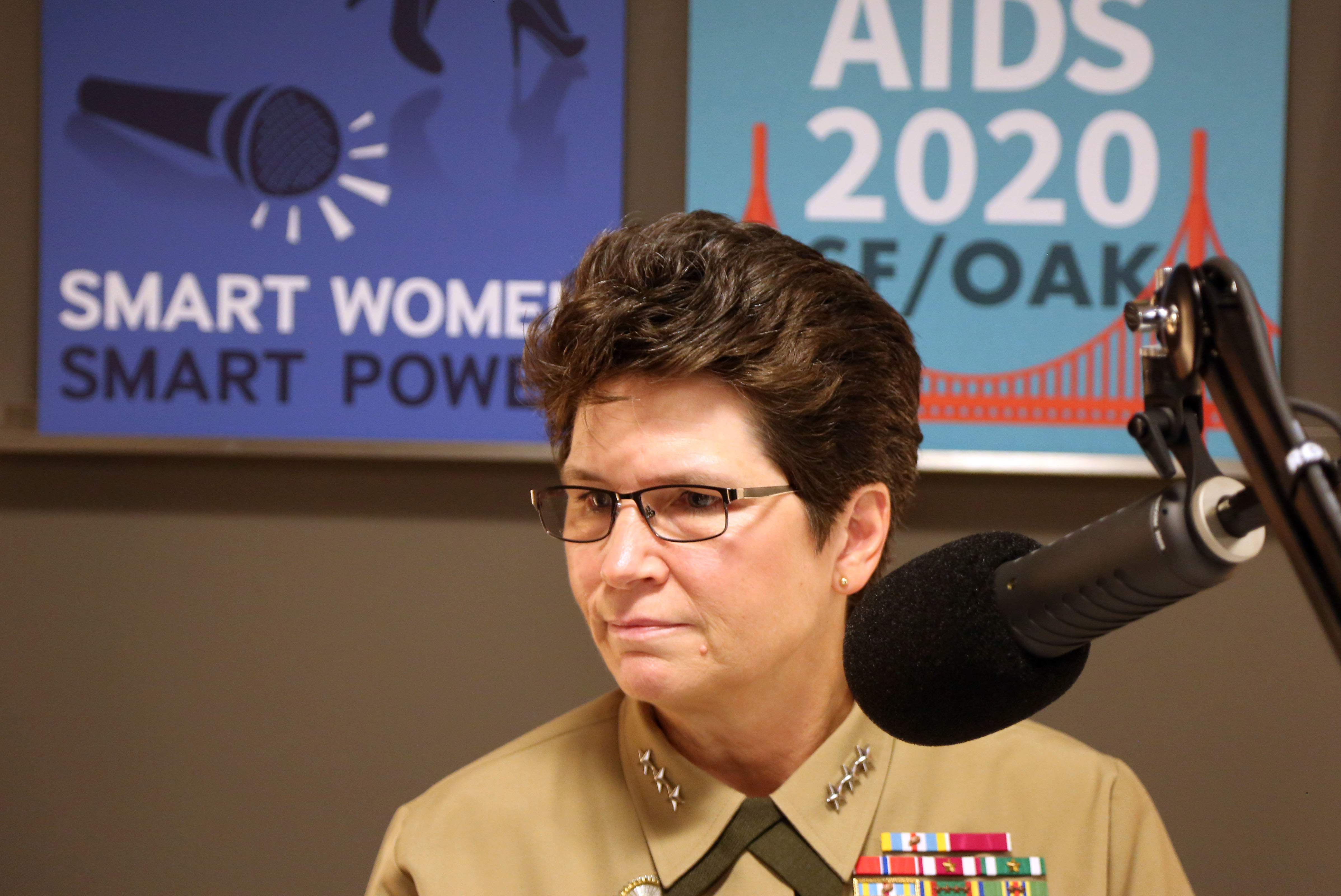 Deputy Commandant for Information and Commander of the Marine Corps Forces Strategic Command joined an episode of the Smart Women, Smart Power podcast. She and host Beverly Kirk discussed how the Marines are improving their readiness for information warfare and adjusting their strategies for operation in the information environment. Listen on iTunes and Spotify .

The application for PONI’s 2020 Mid-Career Cadre is now open. The PONI Mid-Career Cadre is a select group comprised of nuclear professionals who have been in the field for 5 or more years and demonstrate particular promise for developing expertise and moving into leadership positions. Mid-Career members come from technical, policy, and military backgrounds, and work for organizations including the national laboratories, think tanks, NGOs, universities, and various federal agencies. Cadre members participate for three-year terms. Applications are due by March 31, click here to learn more and apply.

READ - "Getting to Less: The Truth About Defense Spending" by Kathleen Hicks

Jones , director of the Transnational Threats Project joined CNN's The Lead with Jake Tapper to discuss the prospects for an enduring peace in Afghanistan.

U.S. troops in Iraq was an unprecedented moment in U.S.-Iranian relations. Derived from government statements, media reports, and first-hand accounts, a new video from the Missile Defense Project depicts how the attack unfolded.

LISTEN - Andrew Hunter, director of the Defense-Industrial Initiatves Group, joined Vermont Public Radio to discuss a new Pentagon assessment which found the F-35 has several deficiencies, even after $400 billion and nearly two decades in development.

joined Government Matters to discuss what the Navy's new plan for its future could entail. He also discussed what this means for the 355-ship fleet.

Budget Analysis, joined Government Matters to discuss the FY 2021 defense budget request and how it aligns with the National Defense Strategy.

#1MillionArabWomen: The Dividends of Peace

The Present and Future 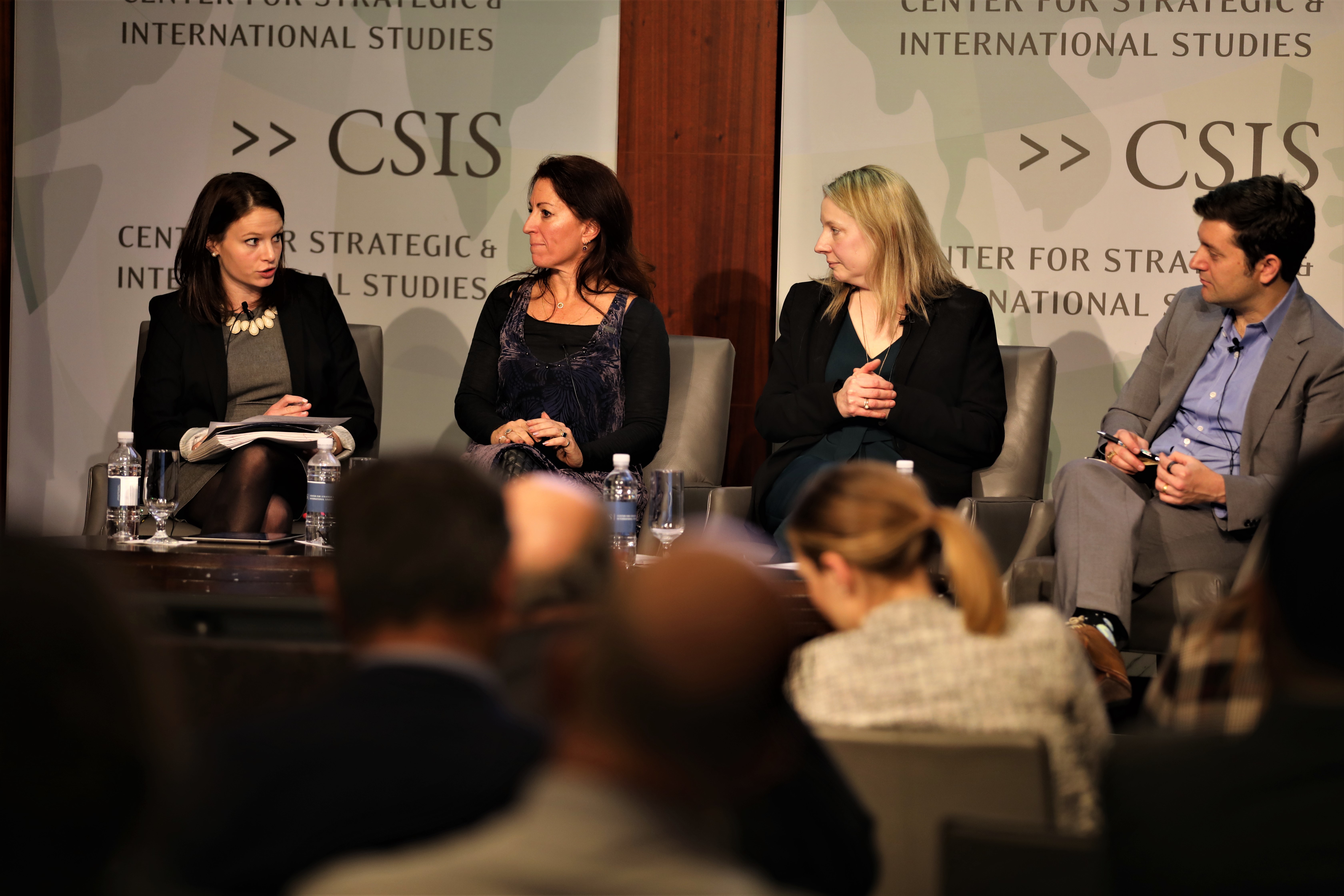 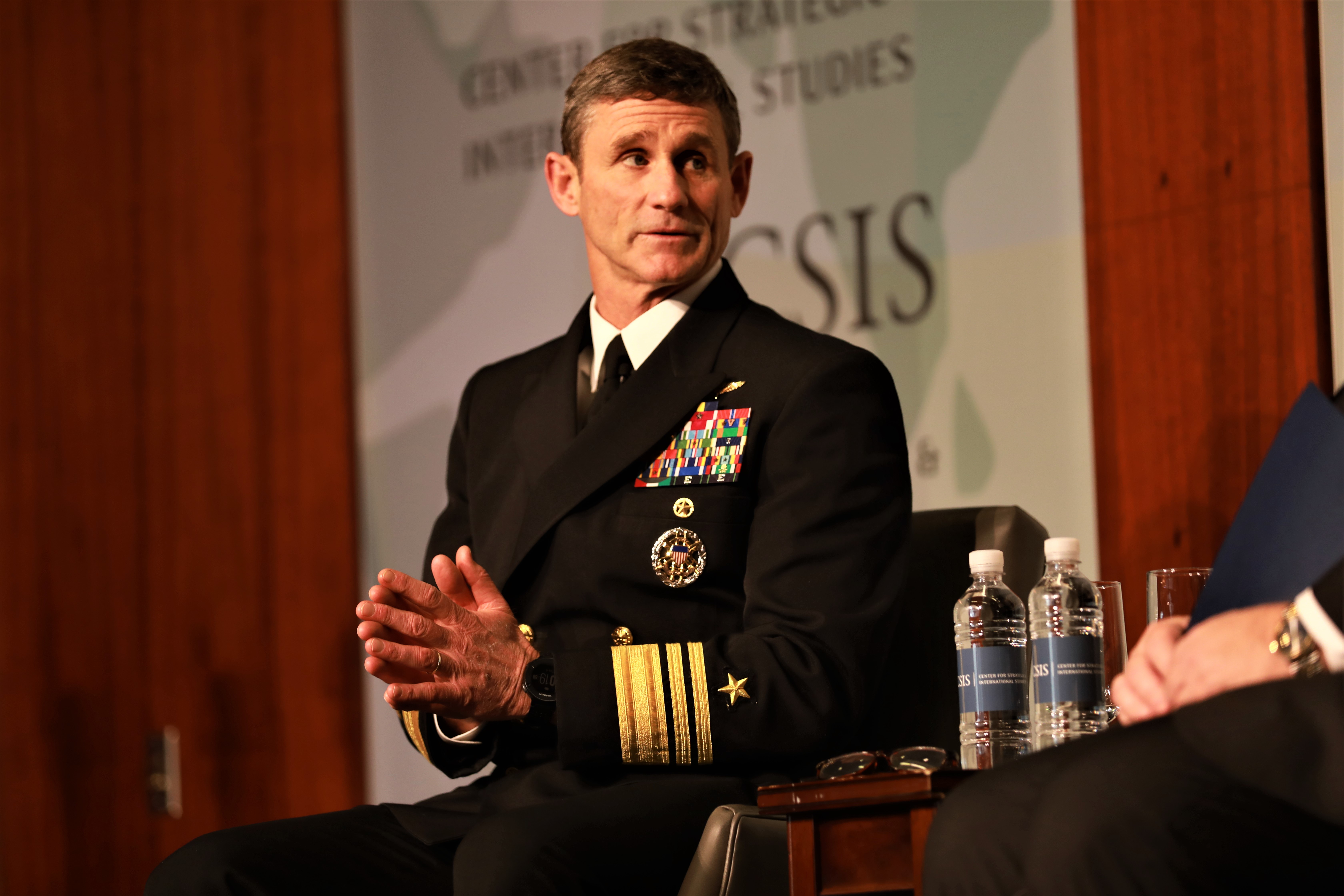 "The good news is that most states, including the expected ‘battleground’ states, have paper ballots,” said Suzanne Spaulding, on the question of security in the 2020 election. “Americans need to understand how much progress has been made on securing the election and that there are processes in place to verify the results,” in The Washington Post on February 24, 2020.

On the Malian government's struggle to control Islamist forces in the country, Alice Hunt Friend said, “What will be difficult is disentangling the dedicated Islamists from the indigenous groups seeking an autonomous region in the north... Their long-term goals do not necessarily overlap, and that will affect the details of negotiations in ways that could lead to a stalemate," in VOA on February 23, 2020.

When discussing the need for a larger Army budget, Mark Cancian said, “A growing budget solves the dilemma, and Esper has signaled his support for larger budgets. Expect to see all the services pick up that refrain... Without more money, the Army will have to make an excruciating choice between a larger force and a modernized force," in Breaking Defense on February 18, 2020.

When discussing the expansion of U.S. homeland missile defense in the new defense budget, Thomas Karako said, "This is the single biggest muscle movement in the 2021 budget proposal, and Congress will be scrutinizing carefully whether the administration has a compelling vision and realistic funding stream for the short, medium and long term," in Aviation Week on February 18, 2020.

On the discovery that two Russian satellites have been following a multibillion-dollar U.S. spy satellite in space, Todd Harrison said, "There are a lot of things it could be doing. They could simply be practicing on-orbit maneuvers or signaling to the United States that they have this capability," in TIME on February 10, 2020.