It's our pleasure to send you the January Edition of the ISP Brief, the monthly newsletter of the CSIS International Security Program. The ISP Brief features articles and commentary written by our scholars including analysis as published in various media sources (including video and audio highlights) and links to recent events. We hope the newsletter provides you, our readers, a snapshot of the excellent work underway in ISP and the engaging thoughts of our experts. As always, your feedback is welcome. 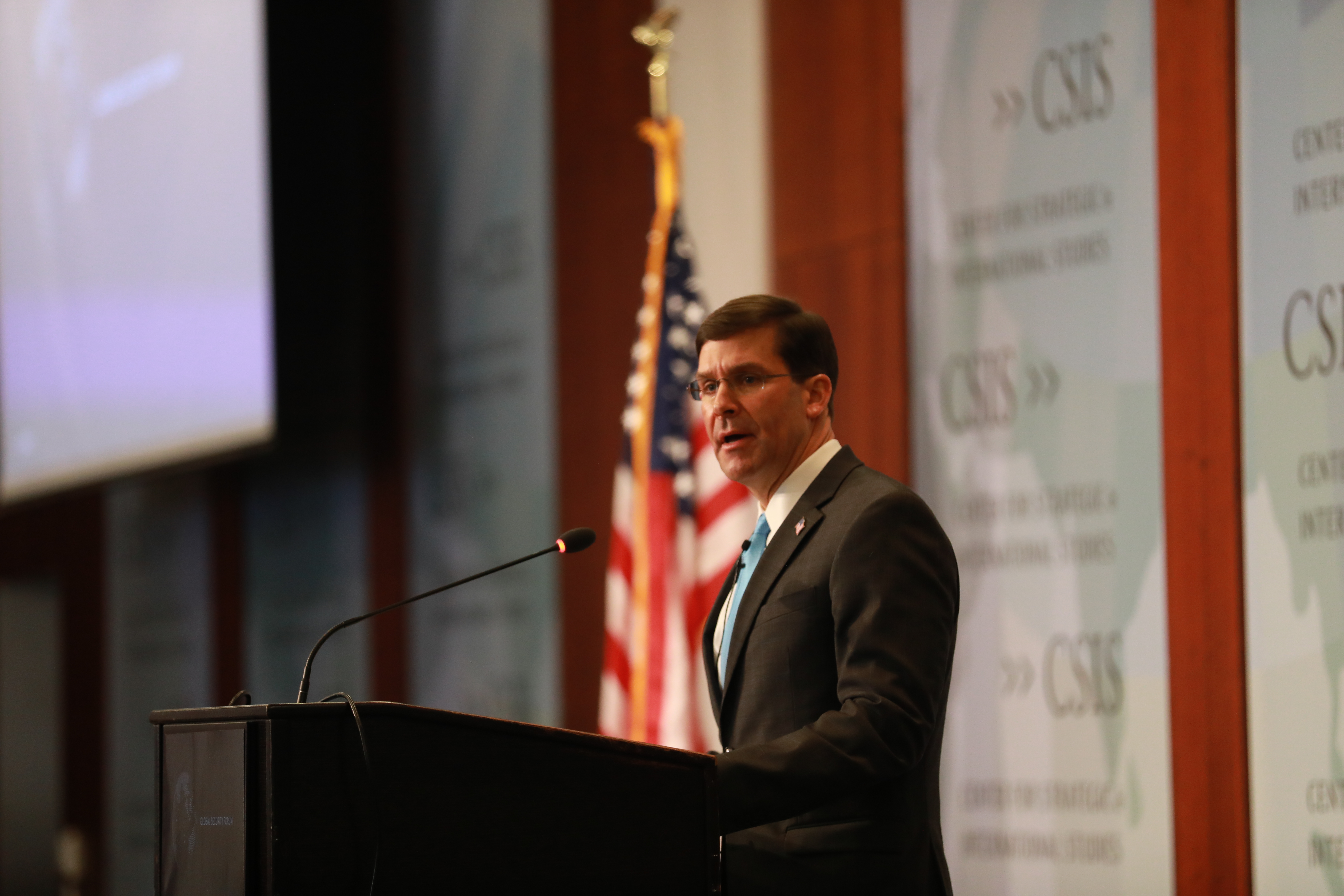 on the challenges that emerging technologies pose to U.S. security and the policy priorities needed. The event featured a keynote address from Secretary of Defense Mark Esper.

Getting to Less? The Progressive Values Strategy
In a new CSIS Brief series, CSIS authors 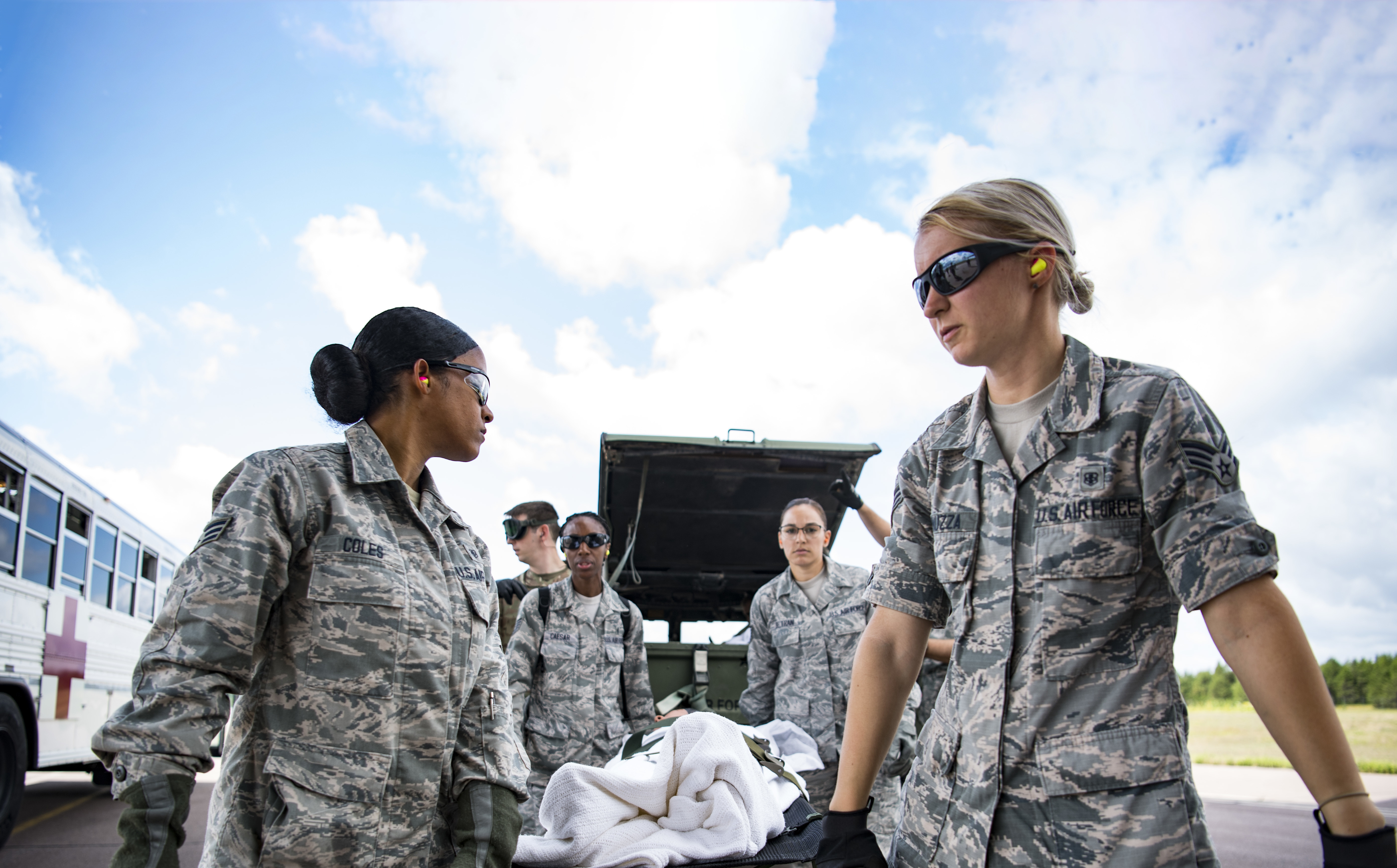 explore different philosophies and motivations that could lead to a decreased emphasis on U.S. defense ends, ways or means. In the latest brief, the authors explore a defense approach they have labeled the Progressive Values Strategy. The strategy is grounded in a view that the military instrument is not well suited to meeting many of the security challenges facing the United States. Rather than seek military primacy, which only diverts resources and attention from more constructive statecraft solutions, the United States should strive for a level of military sufficiency that deters adventurism by others—as well as itself.

Click to read the first brief and second brief in the series. 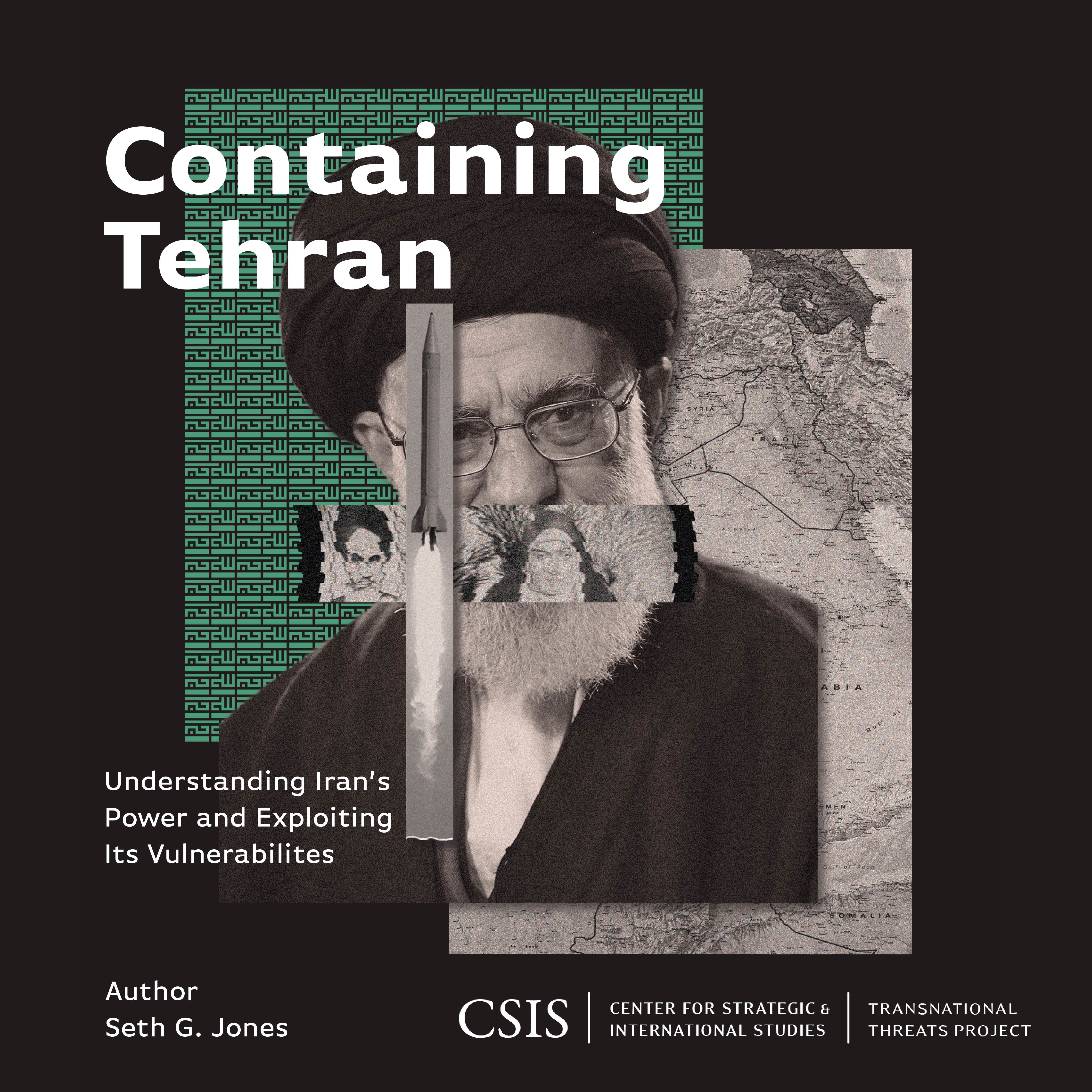 head of the Islamic Revolutionary Guard Corps-Quds Force (IRGC-QF), the United States and Iran are involved in an escalating strategy. What is badly needed now is a coherent long-term U.S. strategy to deal with Iran in ways that protect U.S. national security and leverage U.S. partners. In a new report, Transnational Threats Project director, Dr. Seth G. Jones uses new data and analysis to explain the growing threat from the IRGC-QF forces in the region and why a U.S. containment strategy against Iran will help to de-escalate the current military situation.

Watch Dr. Jones explain the report in a new video from CSIS. 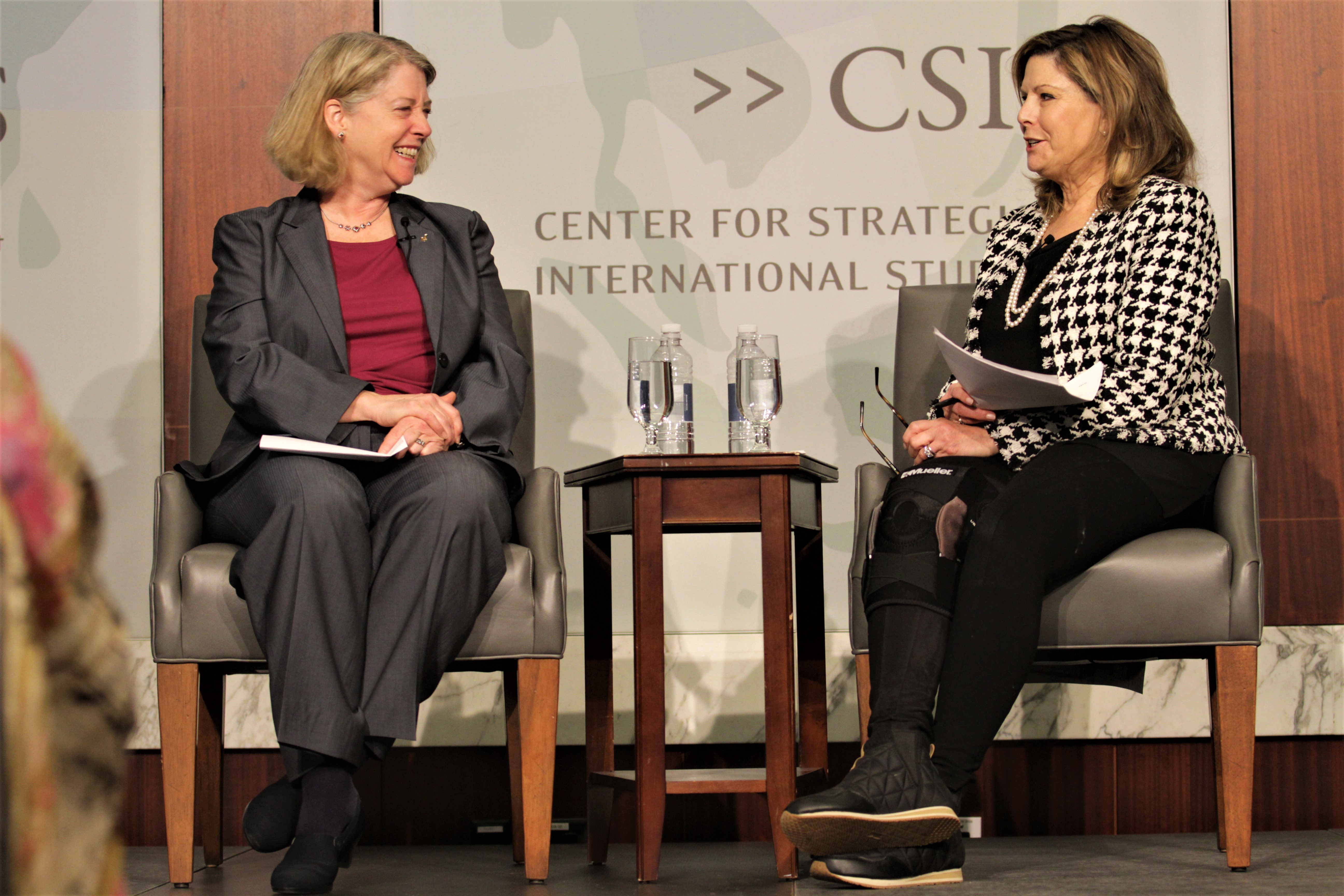 former NASA space shuttle commander for a conversation on January 14, 2020. Col. Melroy discussed innovation and the role of government in commercial space and the importance of international partnerships and collaboration in space. This event marked the beginning of the 5th year anniversary of the SWSP Initiative.

Listen to the event on the podcast on iTunes and Spotify.

The application for PONI’s 2020 Mid-Career Cadre is now open. The PONI Mid-Career Cadre is a select group comprised of nuclear professionals who have been in the field for 5 or more years and demonstrate particular promise for developing expertise and moving into leadership positions. Mid-Career members come from technical, policy, and military backgrounds, and work for organizations including the national laboratories, think tanks, NGOs, universities, and various federal agencies. Cadre members participate for three-year terms. Applications are due by March 31, click here to learn more and apply. 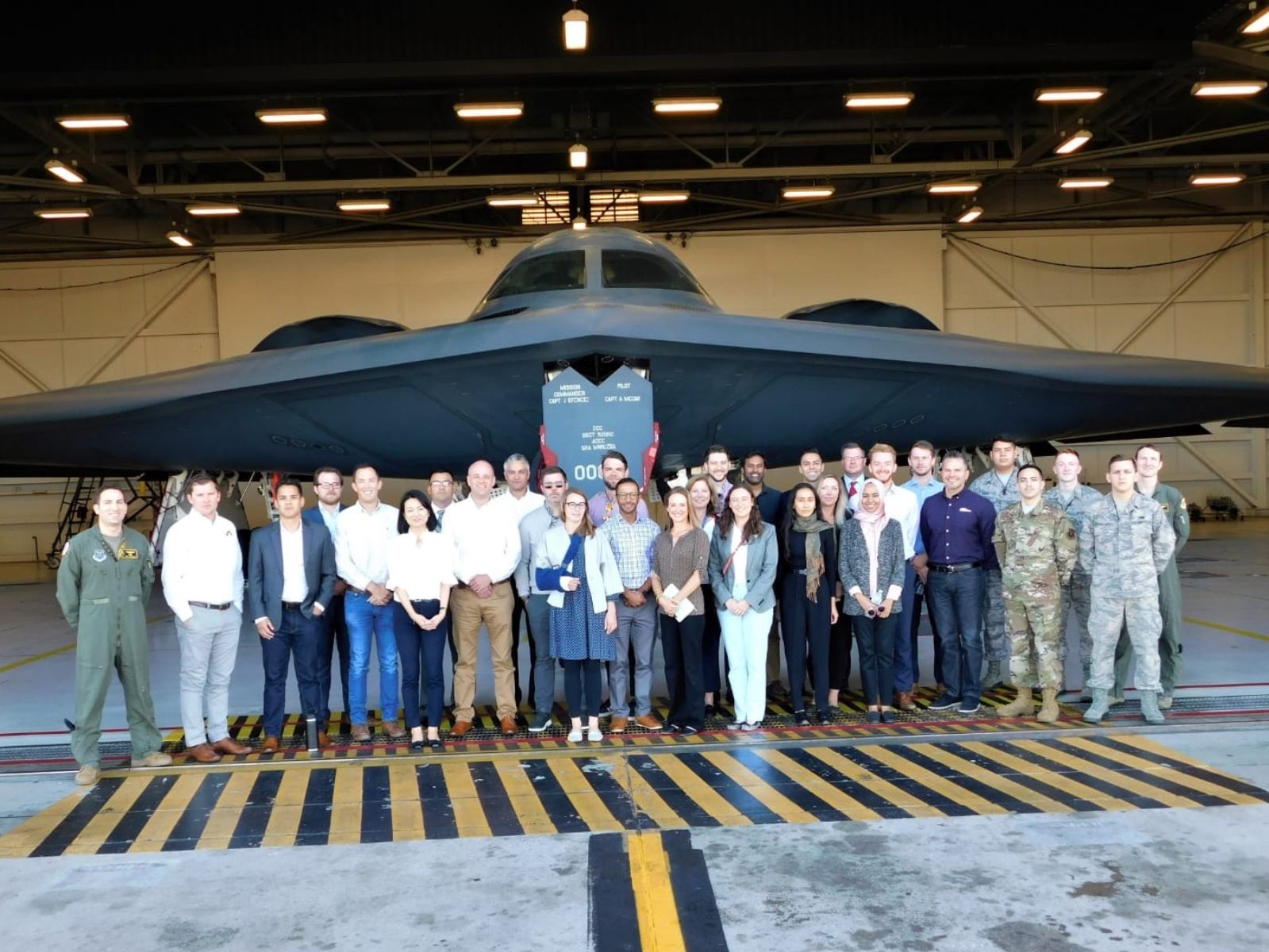 READ - "Getting to Less? Exploring the Press for Less in America's Defense Commitments" by Kathleen Hicks, Joseph Federici

READ - "The Soleimani Strike: A Necessary Debate and New Frontiers for the Use of Force" by Joseph Federici and Melissa Dalton

READ - "Why Did the Pentagon Ever Give Trump the Option of Killing Soleimani?" by Alice Hunt Friend, Mara Karlin, Loren DeJonge Schulman 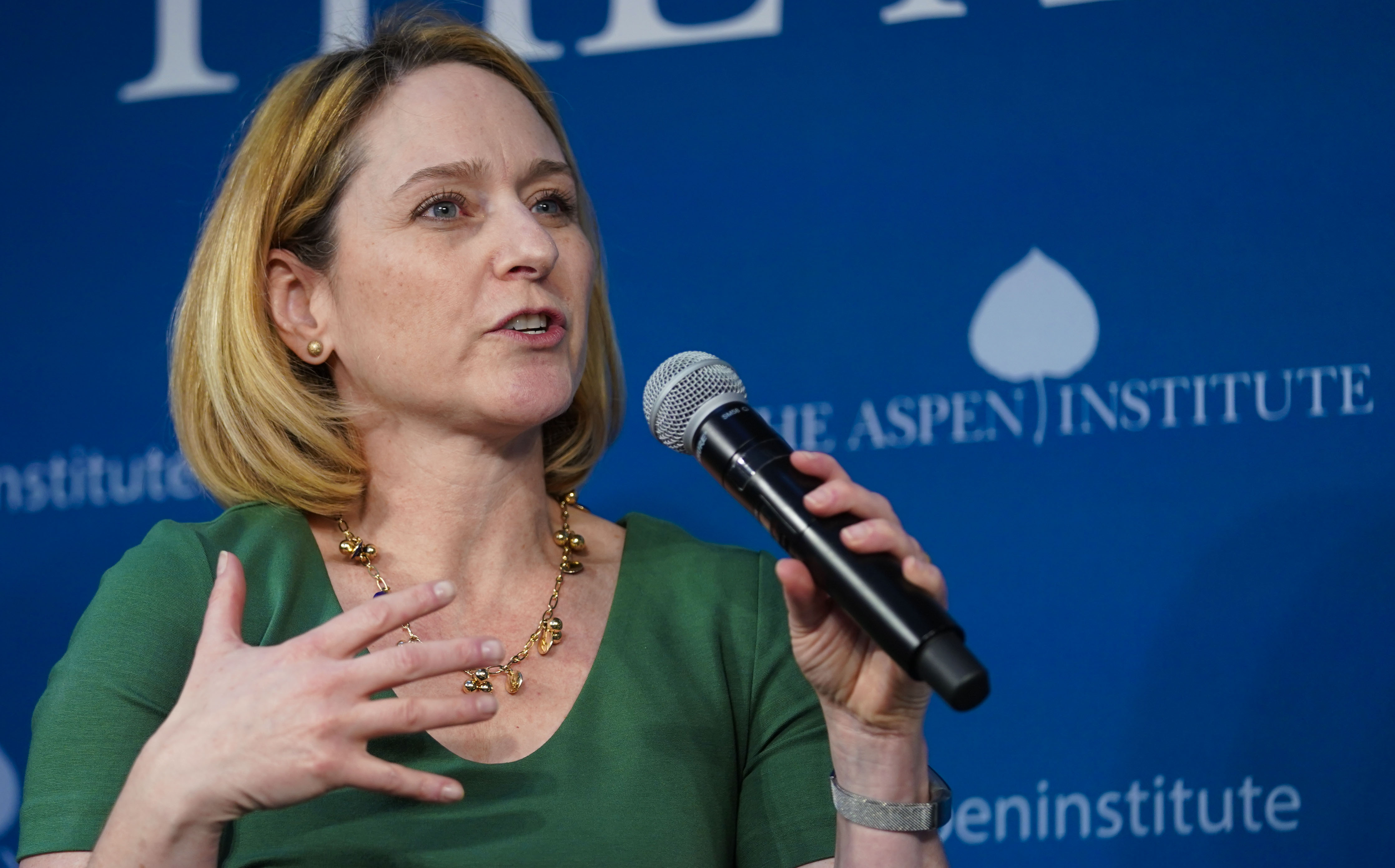 an Aspen Strategy Group panel to discuss the U.S.-China relationship and their latest book, "The Struggle for Power: U.S.-China Relations in the 21st Century." Read the chapter written by Dr. Hicks and Joseph Federici here.


LISTEN - On a new episode of Defense 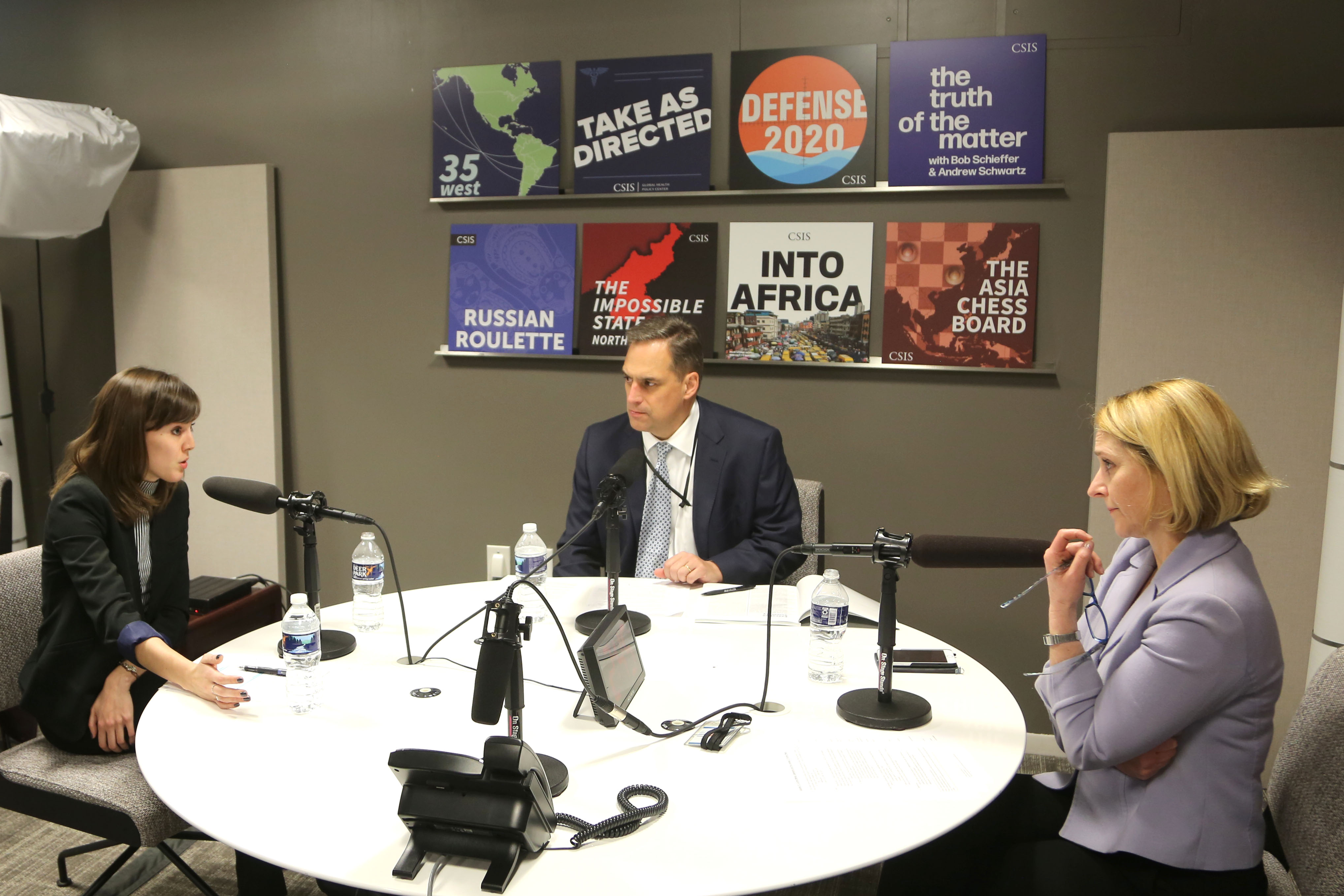 joined Government Matters to discuss what the "flat" 2021 defense budget means for programs at the service branches and explained how Congress is open to new changes so the military can get the equipment it needs.

his latest report " Containing Tehran: Understanding Iran's Power and Exploiting Its Vulnerabilities" and why the U.S. needs a clear and coherent long-term strategy to deal with Iran in a new video for CSIS.

the House Armed Services Committee on the role of the defense industry and defense acquisition system in the U.S.'s China strategy. He broke down his testimony in 90 seconds in the CSIS Testify Series. Read the transcript of his testimony here.


LISTEN - On an episode of the The Asia Chessboard, 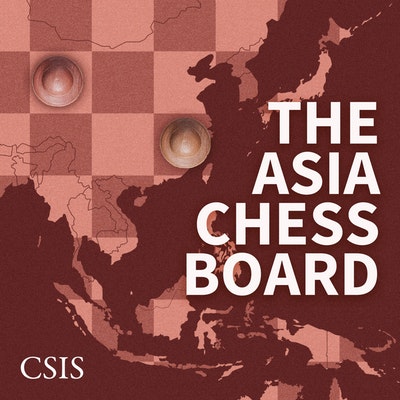 dviser for Homeland Security, joined Government Matters to discuss how the term cybersecurity has become too broad, and why it should be broken down to properly educate the public.

LISTEN - On the Smart Women, 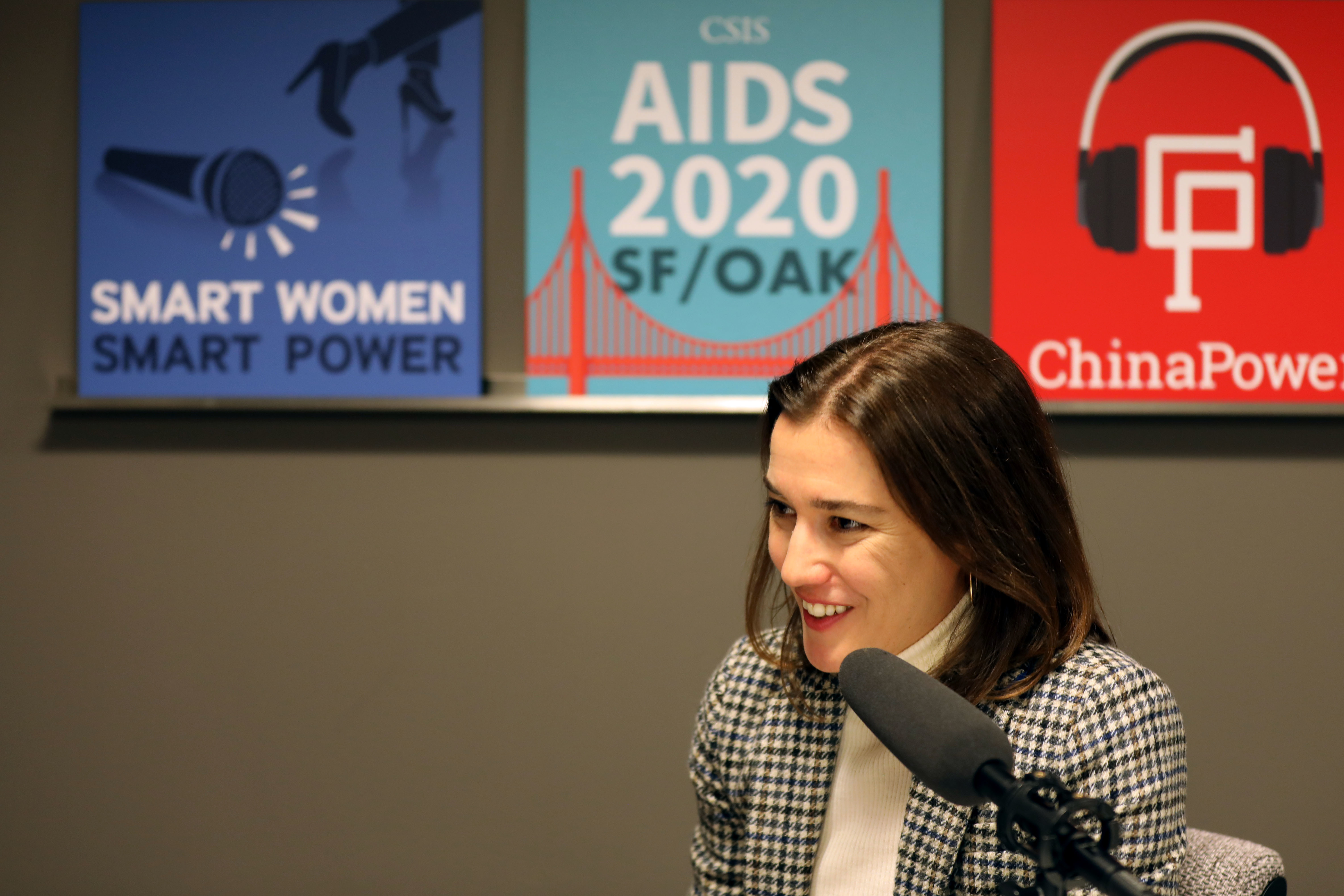 Smart Power podcast host Beverly Kirk sat down with Dr. Amanda Sloat from Brookings to discuss the United Kingdom's complicated transition out of the European Union. Tune in on iTunes and Spotify.

Karako spoke with The Washington Post about the U.S. troops injured during the Iranian missile strikes on U.S. targets in Iraq on January 16, 2020 and the implications of reversed statements from President Trump and Pentagon officials.

joined The Truth of The Matter to discuss the Ukrainian aircraft that was shot down by Iranians on January 8, 2020, President Trump's address to the nation, and Iran's vulnerabilities. 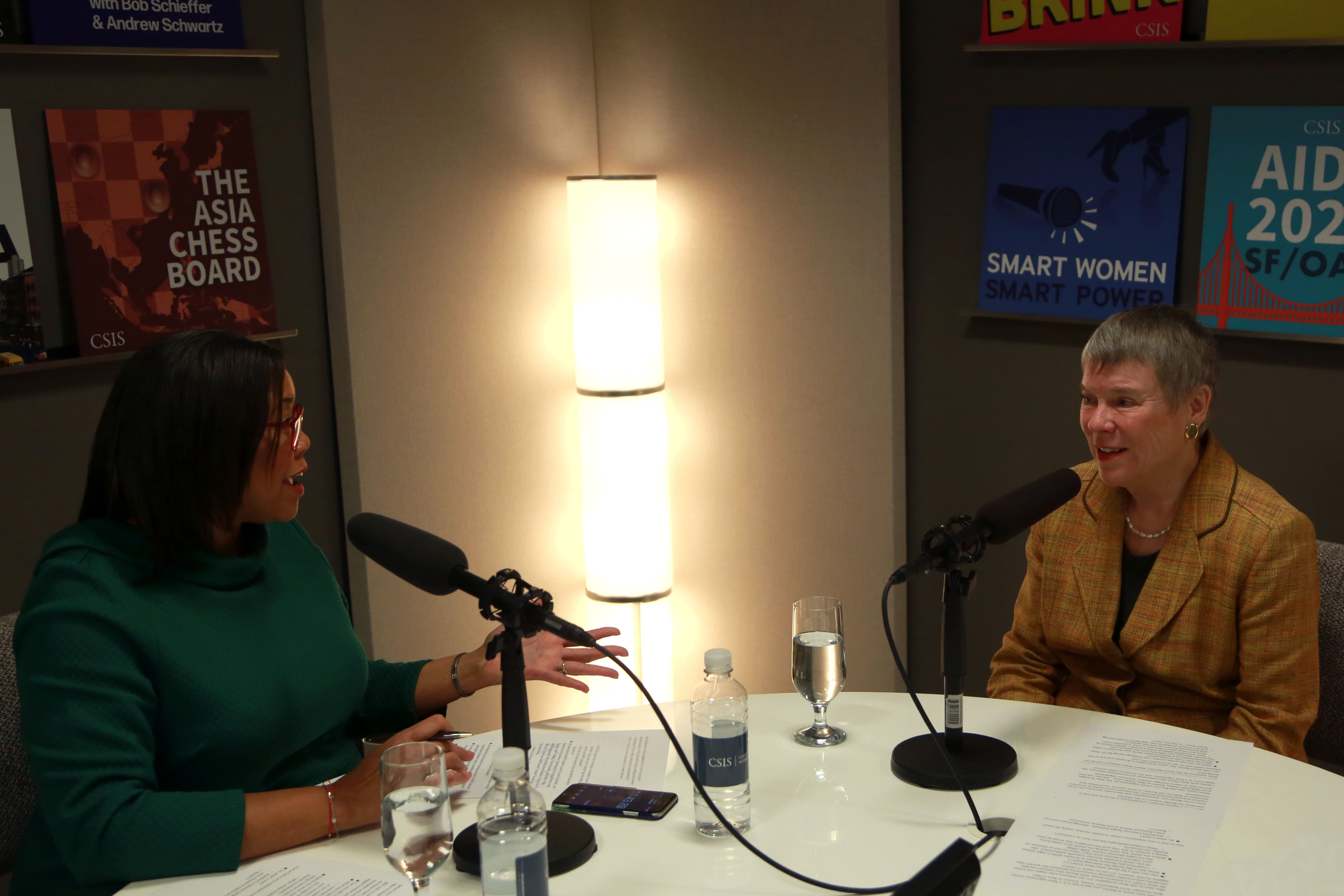 Deputy Secretary General of NATO, joined SWSP host Beverly Kirk to discuss the importance of international alliances, NATO's dedication to gender equity, and her experience as a lead negotiator for the New Strategic Arms Reduction Treaty. Listen on iTunes and Spotify.

and deputy director of the Missile Defense Project, joined CBC News to discuss the Ukrainian flight shot down in Tehran. He explained how the Russian-made anti-aircraft missile works and why it was located so close to a civilian airport.

LISTEN - Kaitlyn Johnson, associate director of the Aerospace Security Project, joined Federal Drive with Tom Temin to discuss the U.S. Space Force and what steps the Defense Department is taking to ensure its success.

moderated a discussion about the use of force and AUMFs (Authorizations for the Use of Military Force) with her CSIS colleague Melissa Dalton, Richard Fontaine (CNAS), and Luke Hartig (New America). Listen on iTunes and Spotify.

Maritime Security Dialogue: An Update on the Second Fleet at Full Operational Capability

Global #MeToo: A Conversation with 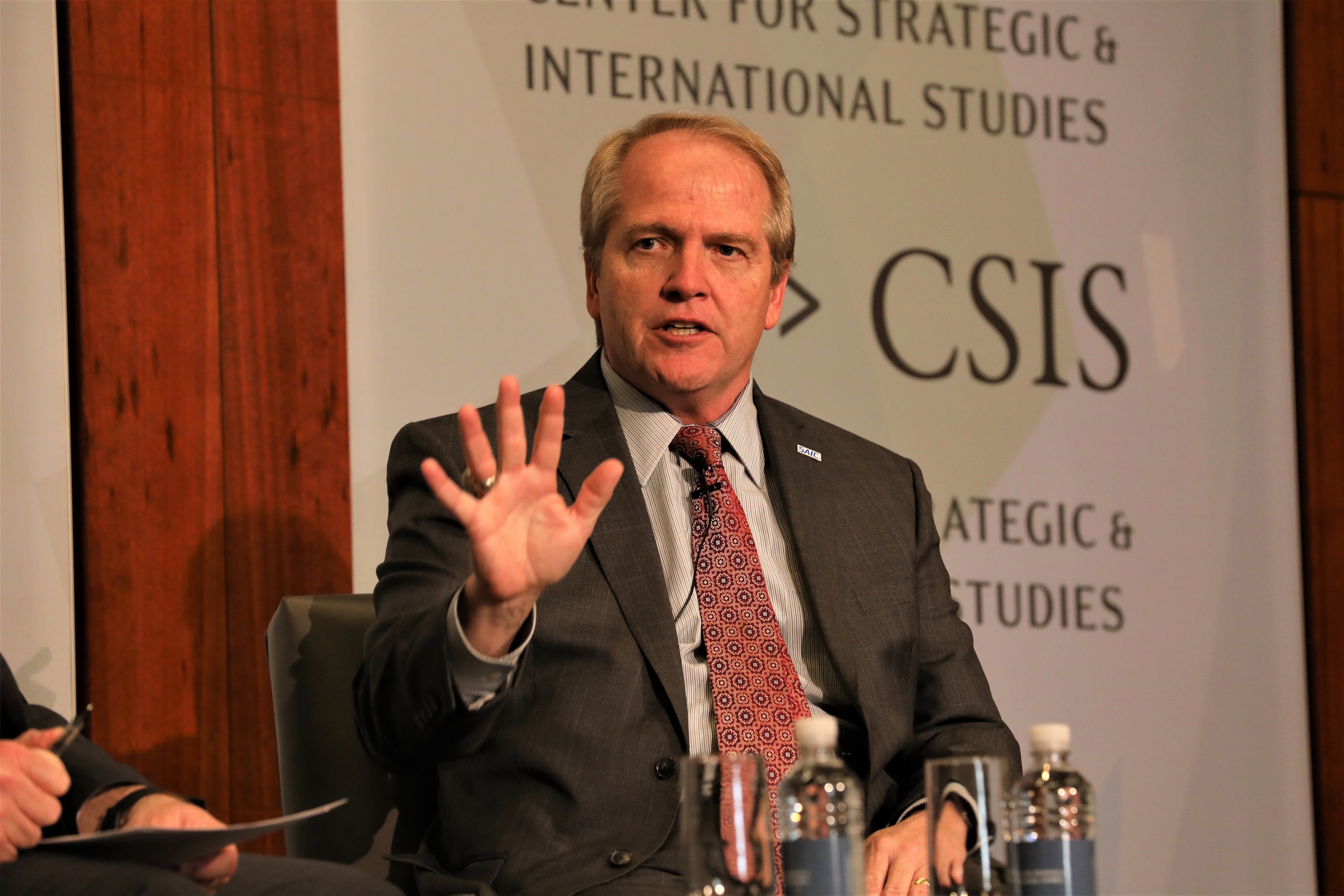 A Conversation with General John Hyten, Vice Chairman of the Joint Chiefs of Staff 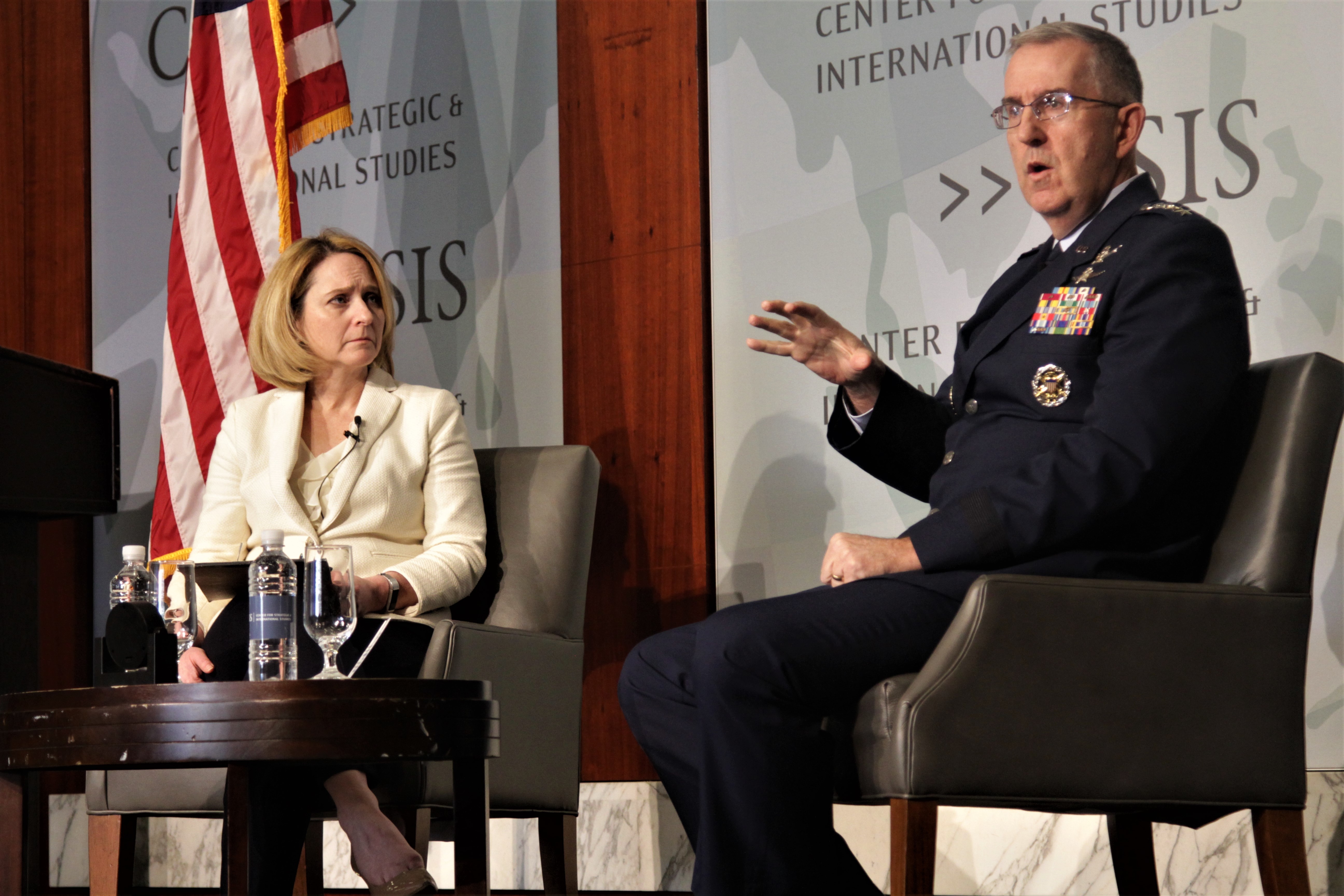 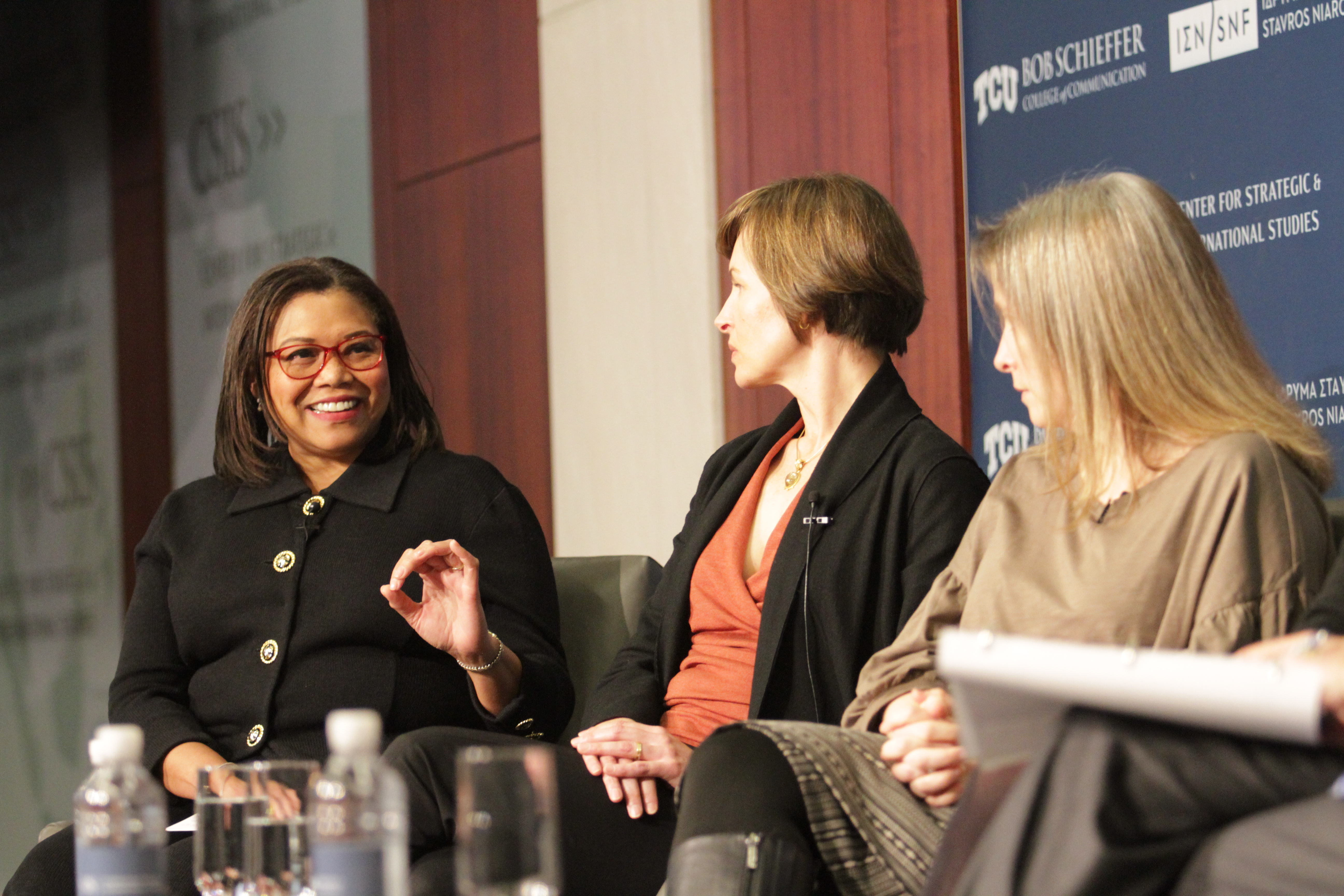 "Africa has always been an economy of force theater and it's always the theater that we do what we can versus doing what we must," said Alice Hunt Friend in The Hill on January 19, 2020, "I don't see that changing anytime soon and so the question really is, under this new strategic framework, is what we can do in Africa shrinking or staying the same?"

"This is the first, not the final, shot from Iran," said Eric Brewer in USA Today on January 12, 2020 about Iran's missile attack on two U.S. air bases in Iraq, "Whether or not Iran intended to kill Americans, I don't think we should expect that this is the only step that Iran is going to take on."

When discussing Iran's missile capability Tom Karako said, "It's both a show of force on the part of Iran and an expression of their military strength, but it also signals their weakness. At the end of the day... their options overall are limited. The overall balance between the United States and Iran is pretty lopsided" in Defense News on January 7, 2020.

On the recent death of Qasem Suleimani, Seth G. Jones told Foreign Policy on January 2, 2020, "Suleimani has spearheaded Iran's efforts to build upwards of 280,000 fighters in Yemen, Syria, Iraq, Lebanon, Afghanistan, and Pakistan -- and to expand Iran's power in the Middle East. Suleimani has personally overseen Iran's expansion, creating a cult of personality throughout the region. His death with be a serious blow to Iran's asymmetric strategy."

"It had been going on long before the election and would continue," said Suzanne Spaulding on Russia's efforts to interfere in the 2016 election in ABA Journal on January 2, 2020, "People kept saying the Russians will be back, but, in fact, the Russians never left. They are engaged in this broader campaign to weaken our democracy in a variety of ways."