It's our pleasure to send you the July Edition of the ISP Brief, the monthly newsletter of the CSIS International Security Program. The ISP Brief features articles and commentary written by our scholars including analysis as published in various media sources (including video and audio highlights) and links to recent events. We hope the newsletter provides you, our readers, a snapshot of the excellent work underway in ISP, and the engaging thoughts of our experts. As always, your feedback is welcome.

By Other Means -- Part 1: Campaigning in the Gray Zone
With the significant costs of engaging the United States in combat, rivals are finding avenues for threatening U.S. interests without triggering escalation. Their approaches lie in the contested arena between routine statecraft and open warfare--the "gray zone." A new report from ISP explores these gray zone activities and provides a toolkit for countering the challenge. 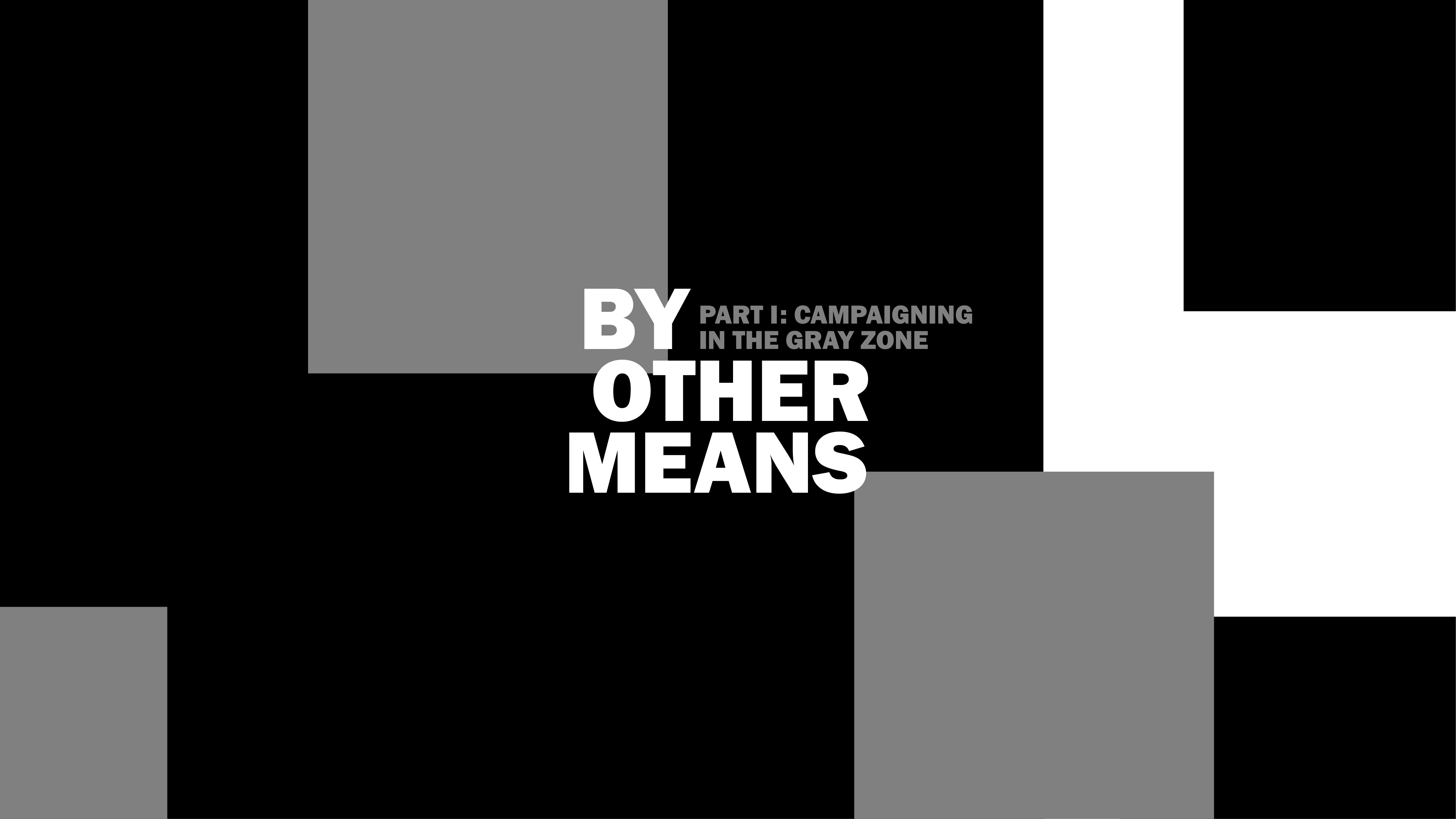 Security and Foreign Policy in Campaign 2020: A Conversation with Washington Journalists
The Smart Women, Smart Power Initiative hosted a panel conversation with Susan Glasser of The New Yorker, Jennifer Griffin of FOX News, and Lara Seligman of Foreign Policy. They discussed how foreign policy and security issues will have an impact on the 2020 U.S. presidential campaign. 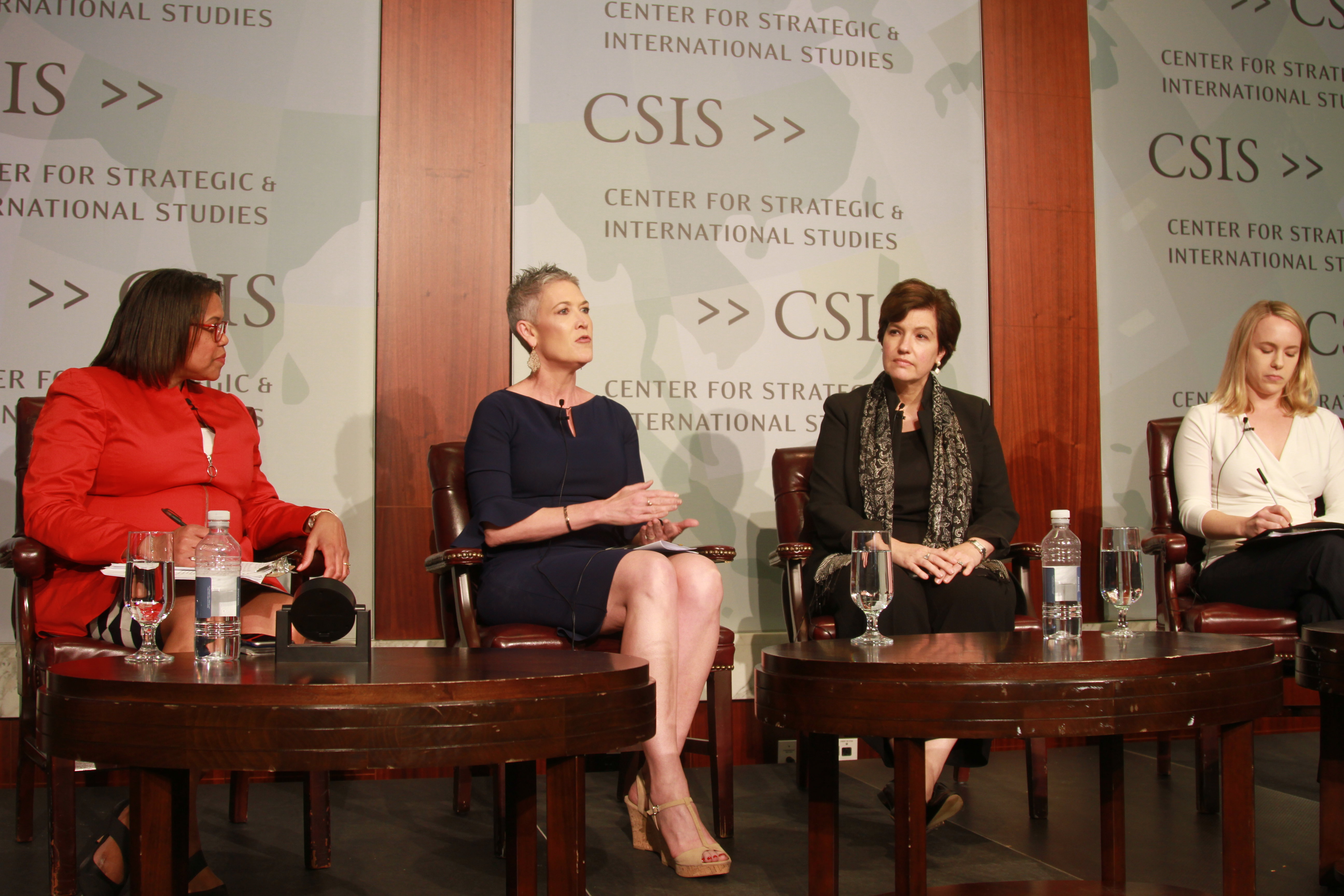 Tell Me How This Ends: Military Advice, Strategic Goals, and the "Forever War" in Afghanistan
When the United States invaded Afghanistan after the attacks on September 11, 2001, and then overthrew the Taliban regime, senior military officers were not predicting that the United States would be militarily involved 18 years later. Mark Cancian's latest report analyzes why the U.S. has remained in the region for such a long time and makes a series of recommendations for how to move forward. 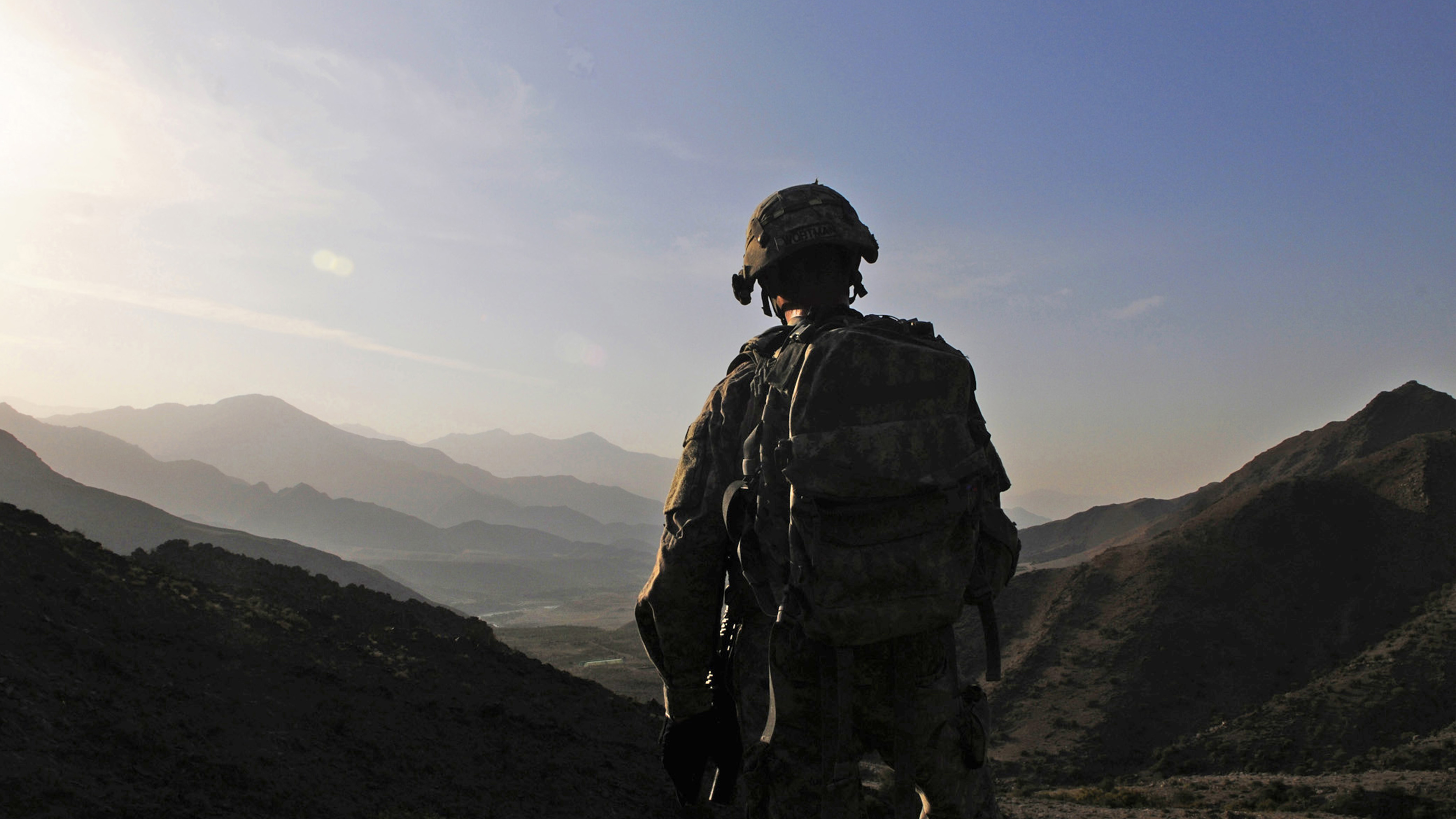 Dangerous Liaisons: Russian Cooperation with Iran in Syria
As tensions escalate between the United States and Iran in the Middle East, Russia is engaged in covert and overt cooperation with Iran in ways that undermine U.S. national security interests. A new report from ISP's Transnational Threats Project analyzes commercial satellite imagery at Tiyas Airbase in Syria to indicate the scope and proximity of Russian and Iranian military ties. 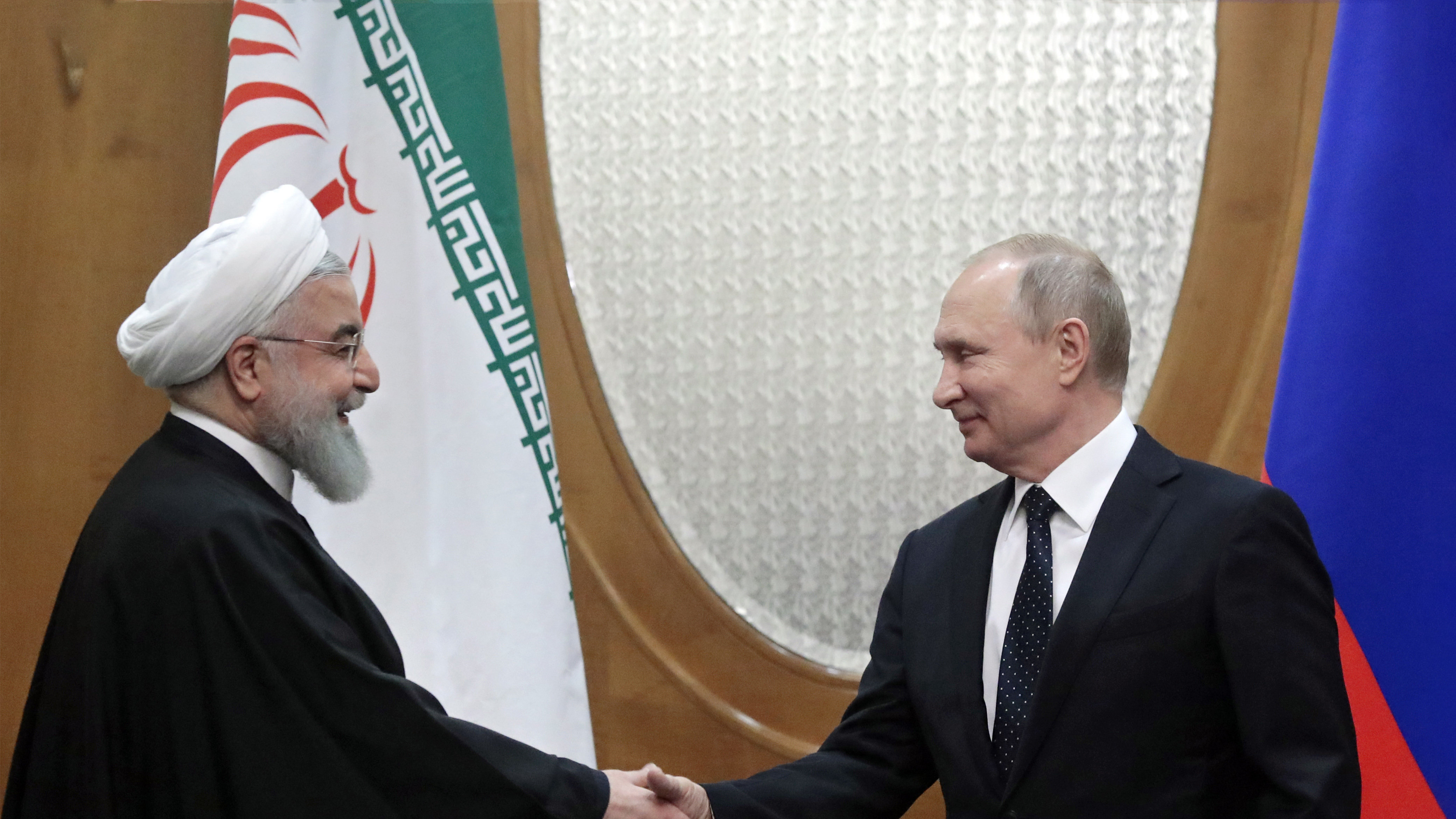 Risks to Watch in 2019: Q3 Update
Heading into the second half of 2019, there are five major near and mid-term risks to monitor. In his latest piece, Sam Brannen details the trends that will affect the country over the next five months including deeply fake news and rural-urban divides. 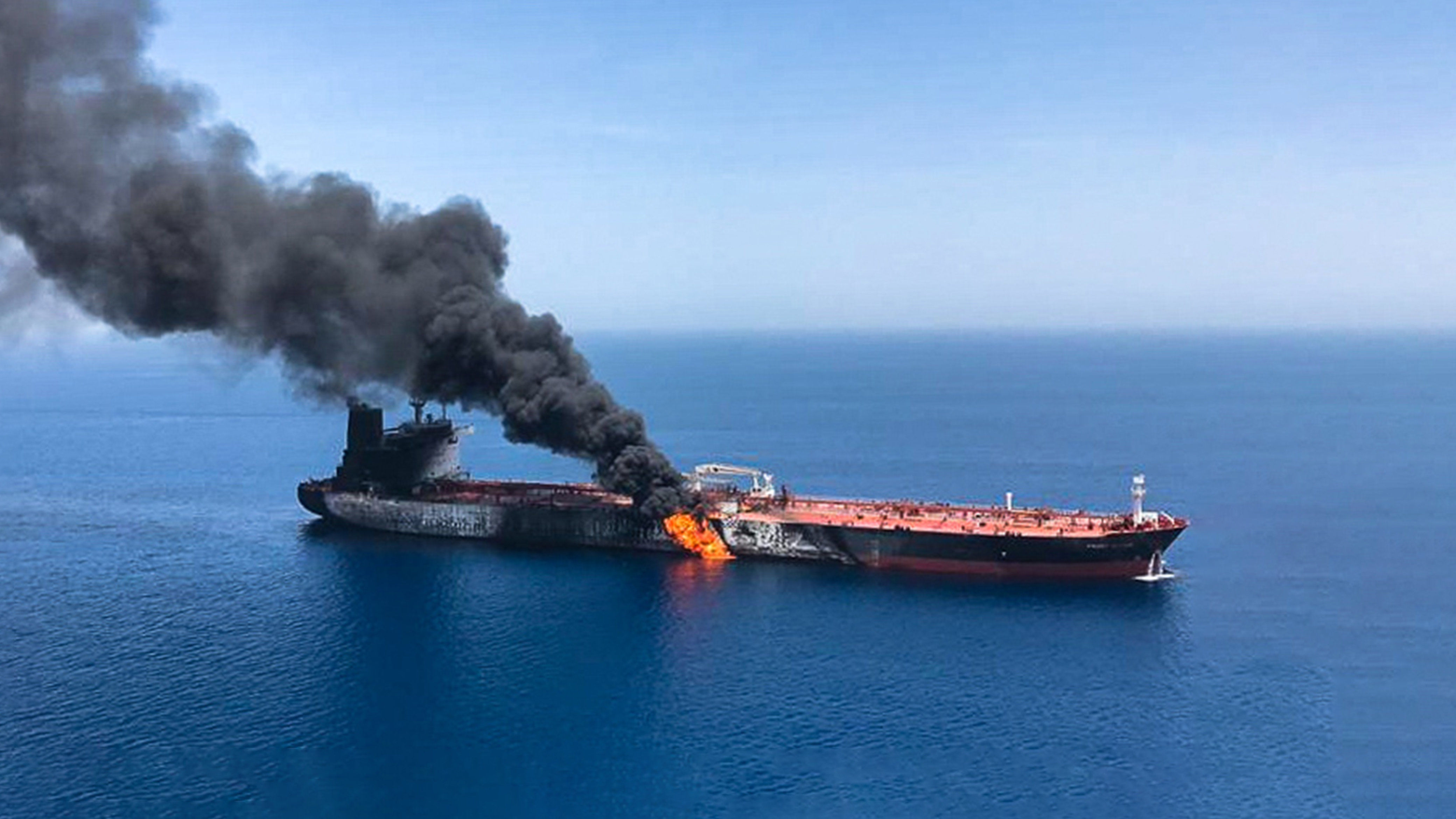 The Project on Nuclear Issues (PONI) launched a new website, On the Radar.

On the Radar is the product of a research collaboration between PONI and the University of California Berkeley's Nuclear Policy Working Group that explores the relationship between emerging technology, strategic situational awareness (SA), and strategic stability. On the Radar will serve as an online hub for researchers and professionals who are interested in emerging technology and nuclear stability. It houses resources and analysis written by next-gen scholars and senior experts alike.

READ - "Russia in the Gray Zone" by Kathleen Hicks

READ - "The Kremlin's Disinformation Campaign Against the U.S. Justice System" by Suzanne Spaulding

READ - "Niger: A Bulwark against Further Instability in West Africa" by Daniel Mahanty and William Meeker

WATCH - Kathleen Hicks spoke on a panel at the Aspen Security Forum titled, "A Resurgent Russia: Implications for European Security." 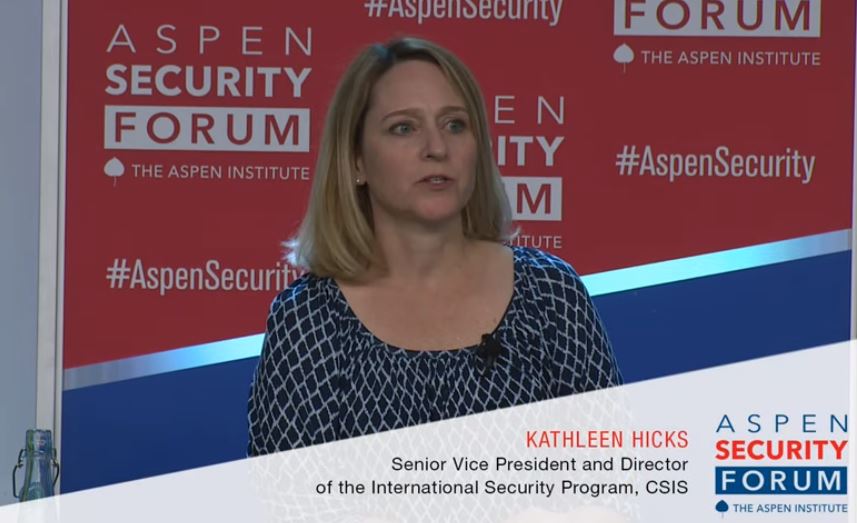 LISTEN - Suzanne Spaulding spoke on WNYC's Politics with Amy Walter about the continued attacks the U.S. faces from foreign adversaries, including election meddling, and what we should do to prevent the ongoing threat.

WATCH - Tom Karako testified before the Europe Subcommittee of the House Foreign Affairs Committee on U.S. arms control with Russia and whether the U.S. should extend the New START treaty. In this short video, he tells us what he told Congress. You can watch the full hearing here. 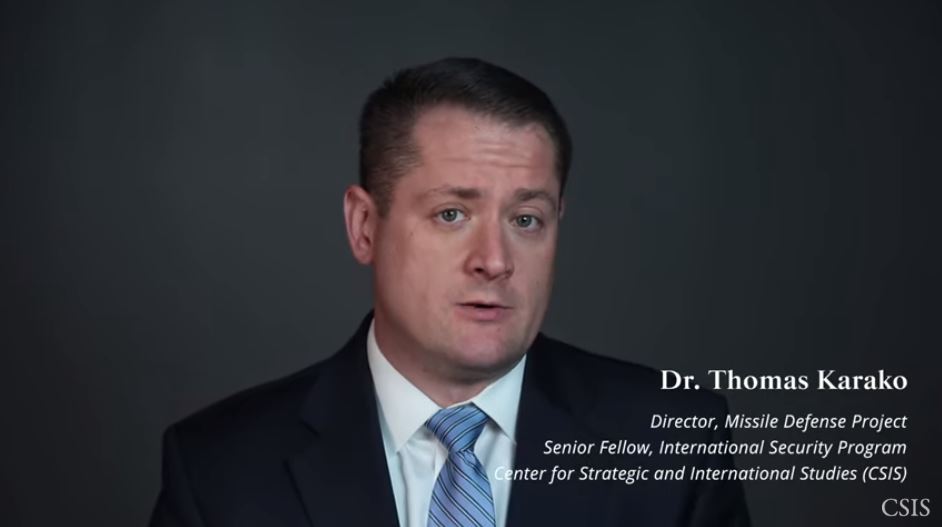 WATCH - Kaitlyn Johnson spoke with Government Matters about the different proposals for a military space service and how they may be combined to create a separate service. 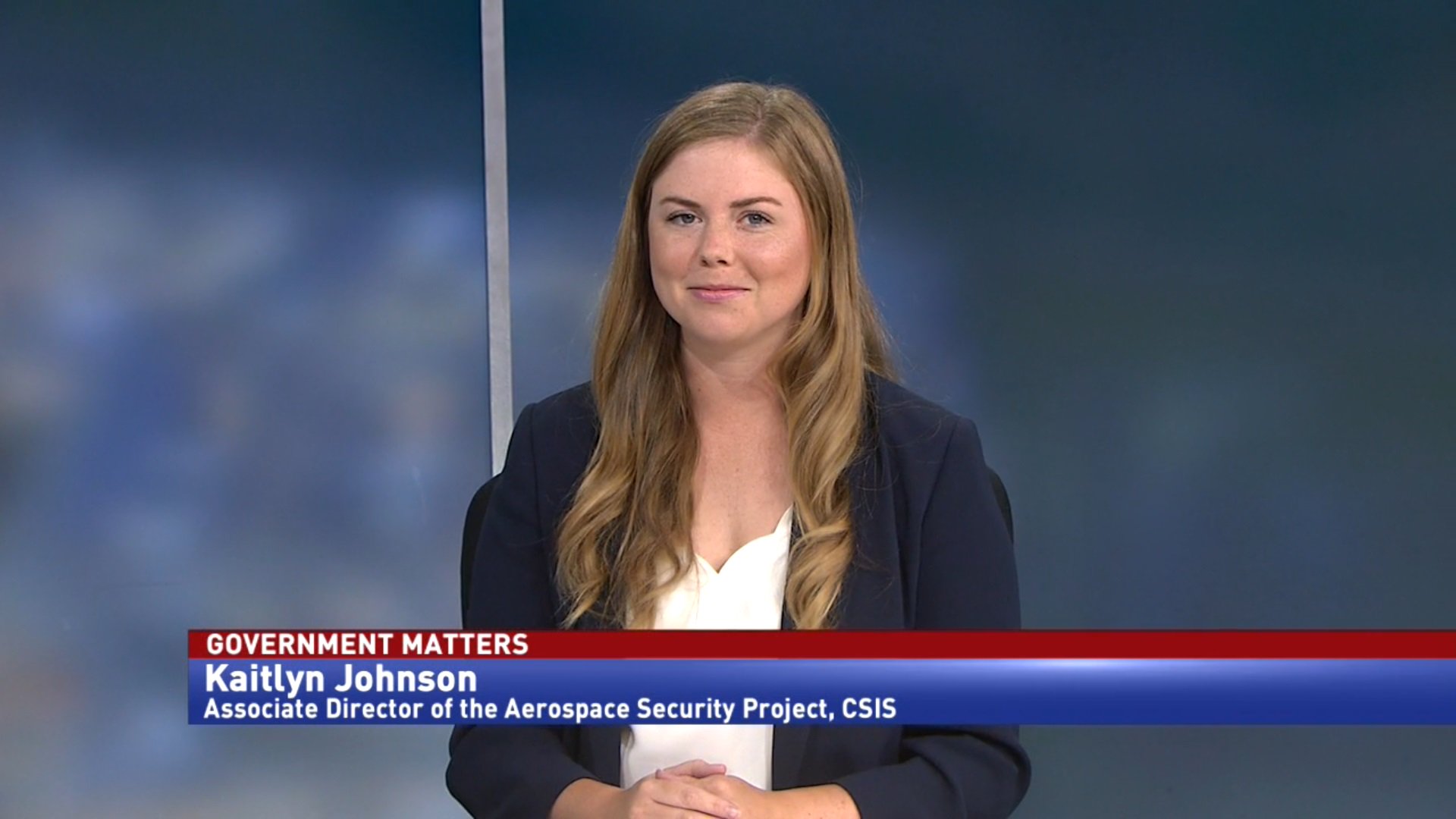 LISTEN - A new episode of the Smart Women, Smart Power podcast features a panel discussion on the importance of international institutions from the Future Strategy Forum held in April 2019. The panelists were Dr. Esther Brimmer, Heather Conley, Naima Green, Dr. Kristina Spohr, and Dr. Mischa Thompson. Tune in on iTunes and Spotify.

WATCH - Seth Jones spoke with AP TV on the recent tensions in the Persian Gulf and the Strait of Hormuz and what the U.S. should do to respond. 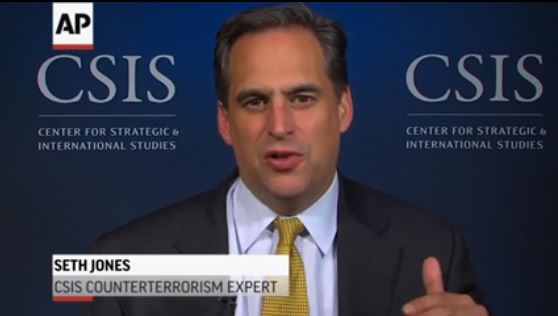 WATCH - Tom Karako joined CNN's The Situation Room to discuss Russia's recent test of a missile system in the Arctic and how the system could pose a threat to U.S. aircraft. 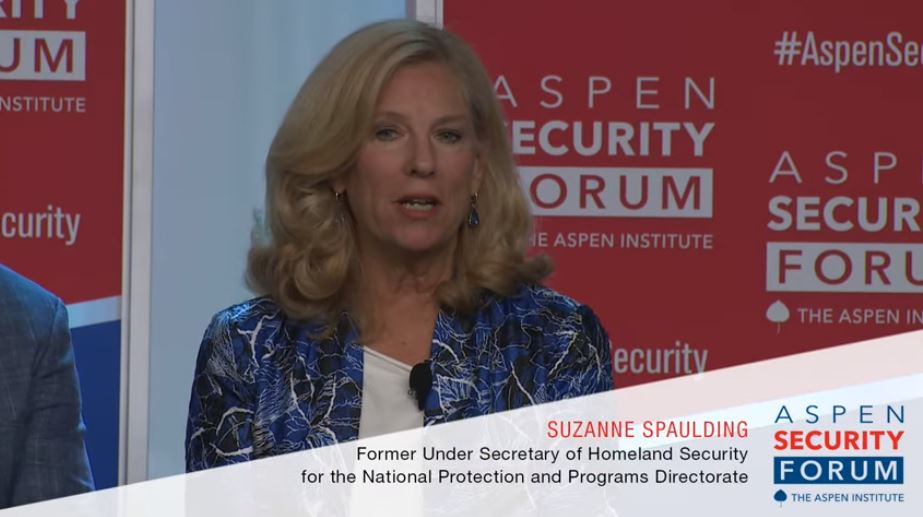 WATCH - Tom Karako spoke with NHK News on the likely demise of the INF Treaty and the emerging global missile threat landscape. 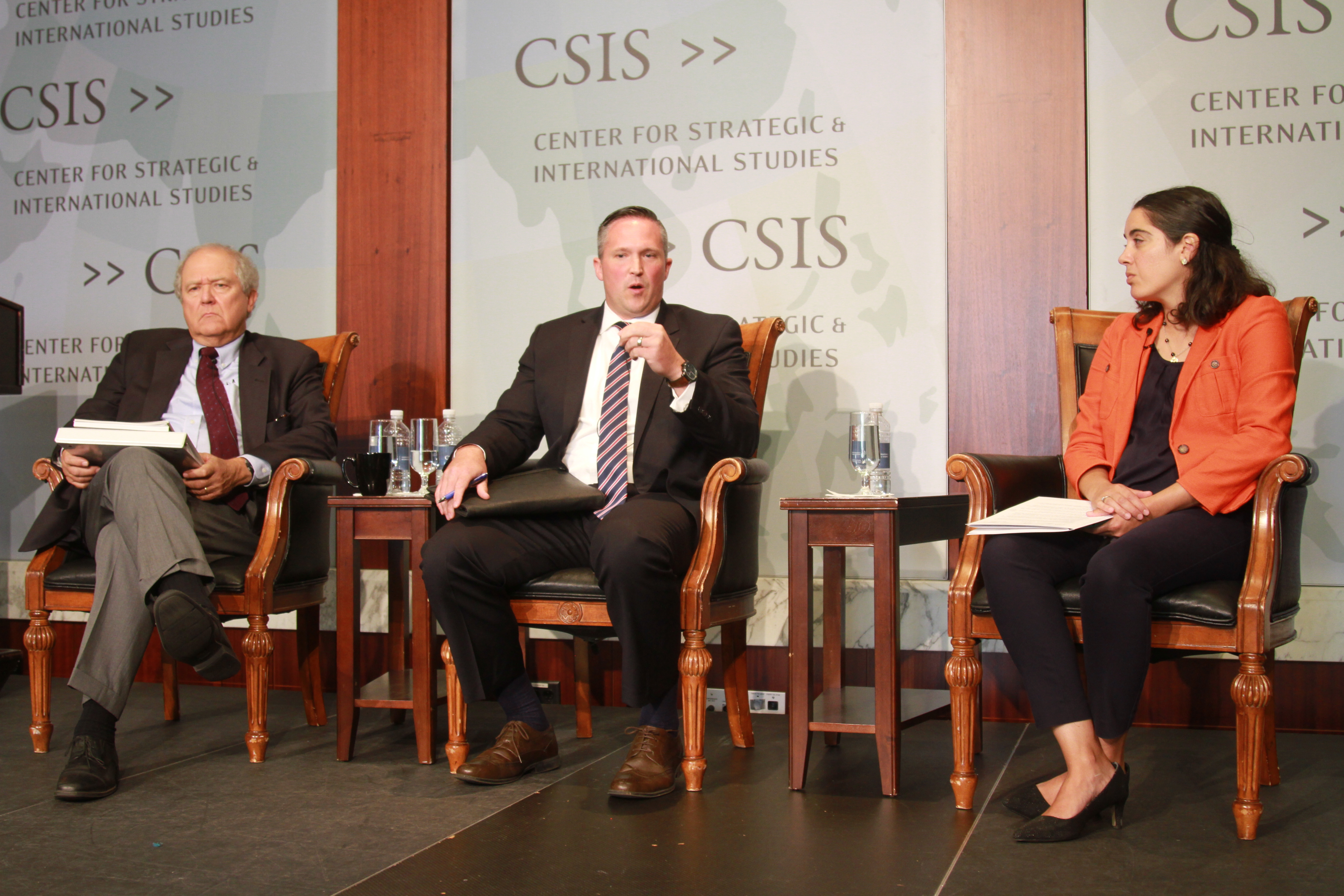 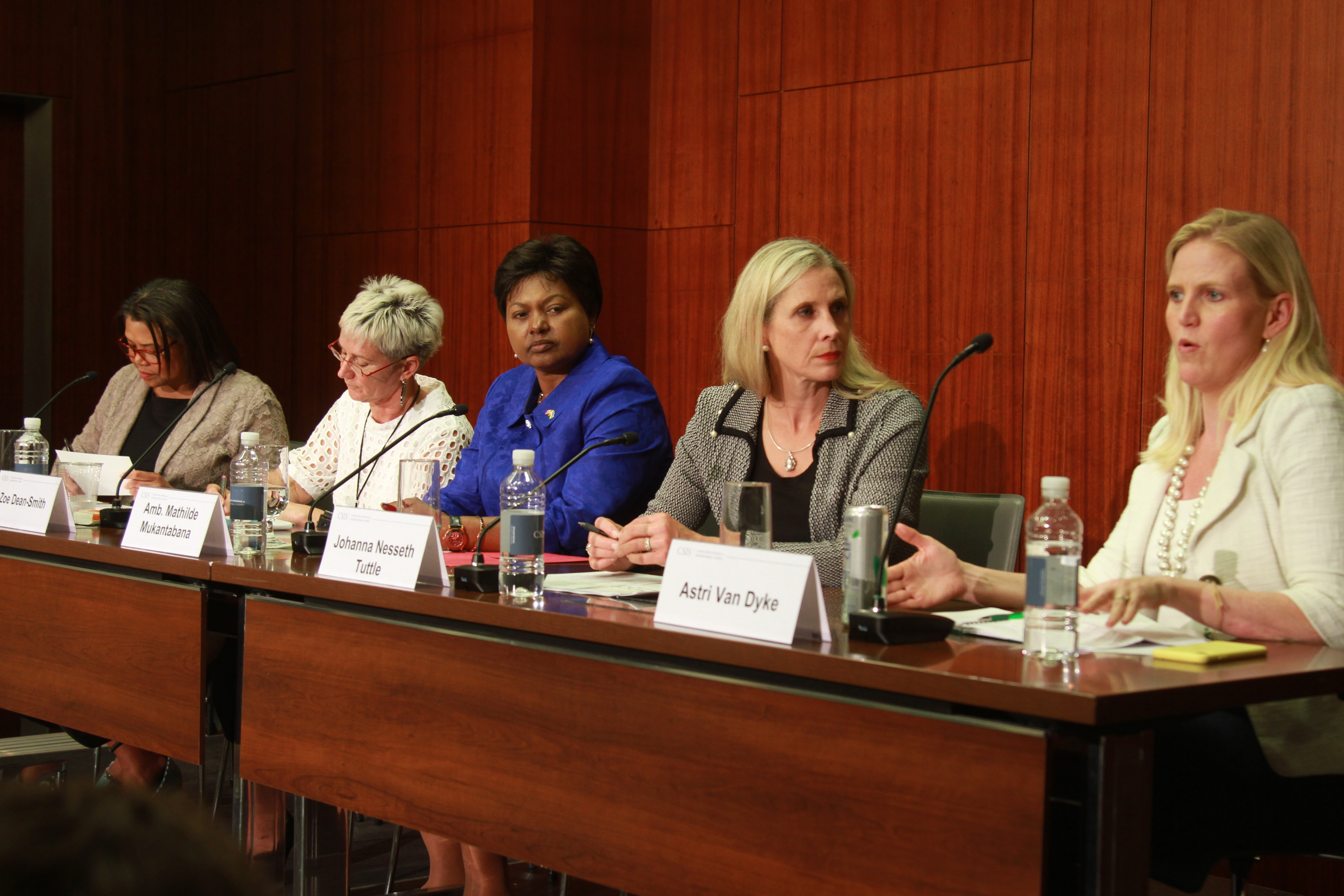 Homeland Defense and the Role of NORAD and USNORTHCOM: A Conversation with General Terrence J. O'Shaughnessy
July 22, 2019 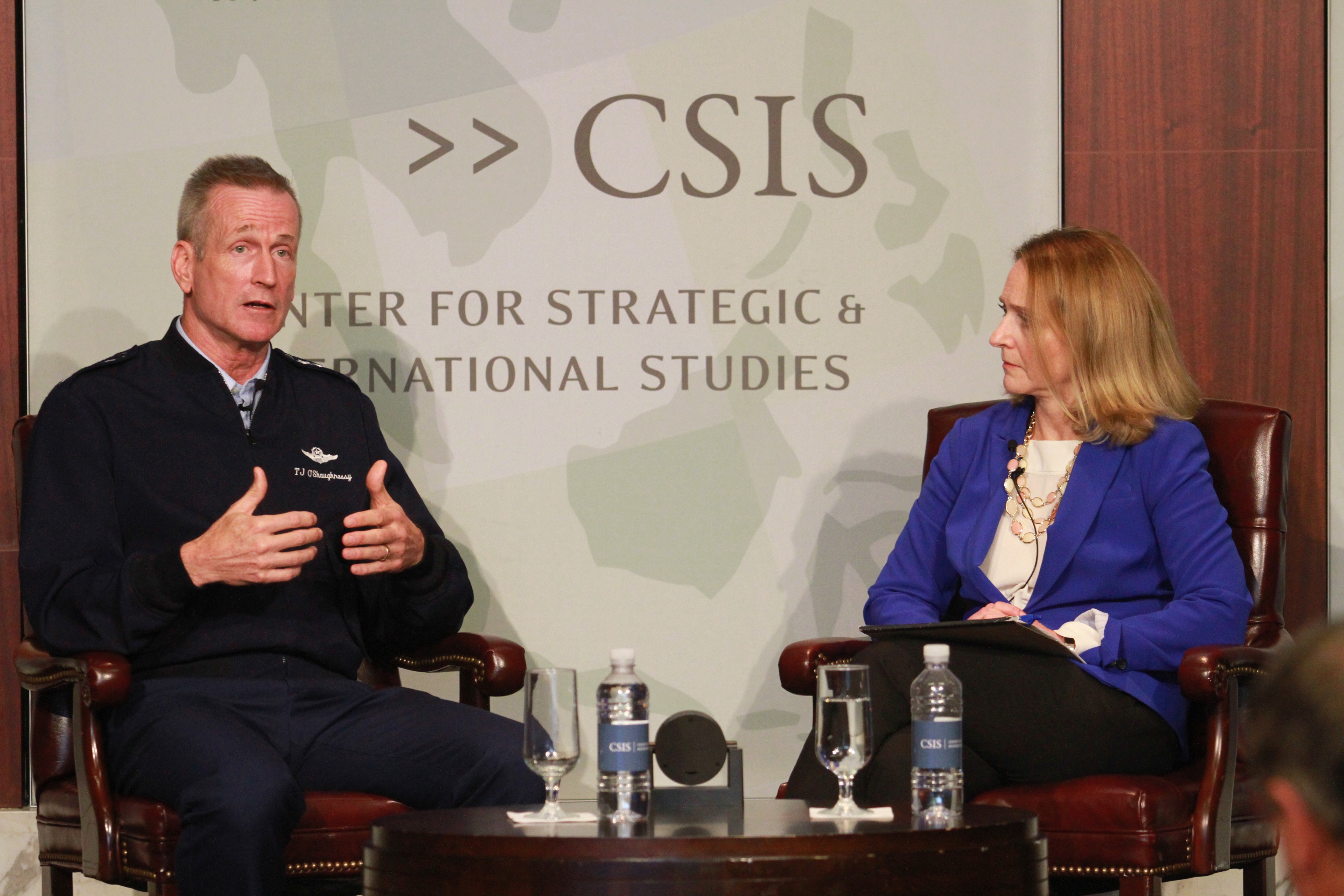 King of Battle: The Future of Long-Range Precision Fires
July 18, 2019 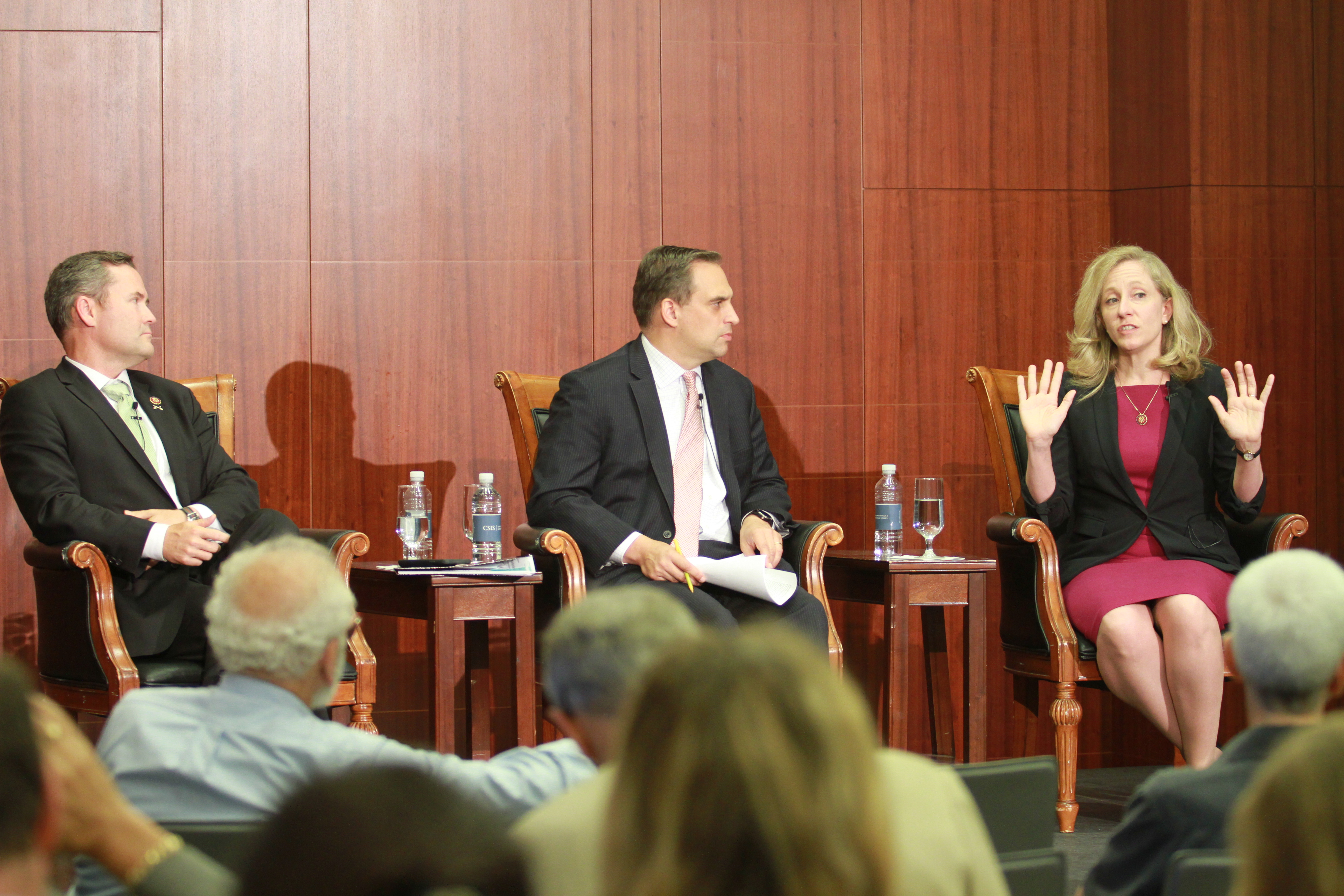 Military Advice and the "Forever War" in Afghanistan
July 10, 2019 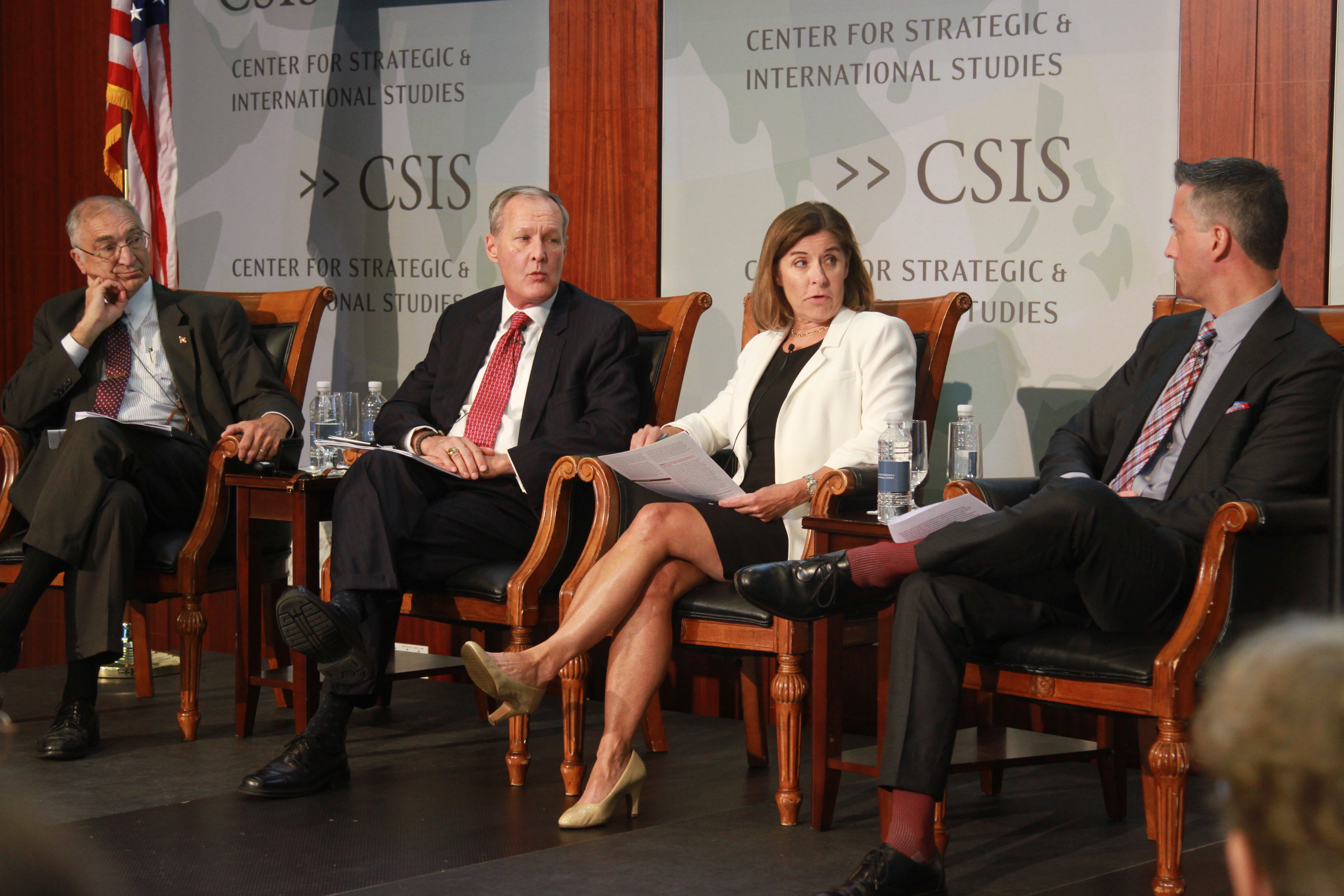 On the question of whether the U.S. and China are entering into a space race, Todd Harrison said, "China views space as the soft underbelly of the U.S. military," but asserts that it's wrong to assume that the two countries are in a warlike competition in The Washington Post on July 26, 2019.

After Argentina's decision to freeze Hezbollah's assets in the country after two recent attacks on its soil, Seth G. Jones said, "What the administration is hoping is that even taking little bites out of the apple right now may end up being significant in the long run if they can continue to freeze assets of organizations like Hezbollah in a range of different countries," in Reuters on July 18, 2019.

"Although many Americans are not closely following this issue, it's clear to experts that such politicization runs the risk of creating instability in our democracy," said Kathleen Hicks on the need for Secretary Mark Esper to navigate shifting signals from the White House and keep the military apolitical in The Atlantic on July 16, 2019.

"We've taken air superiority for granted across the board...Iran just demonstrated the ability to reach out into international airspace and touch one of our aircraft. Russia and China have geometrically better abilities," said Tom Karako on Russia and China's new fleets of drones which are threatening U.S. superiority in The Wall Street Journal on July 4, 2019

On the U.S. drawdown in Syria and the need for allies to elevate their support in the region, Melissa Dalton said, "We really do serve as the political backbone of this operation and for those critical enabling partners," in Foreign Policy on July 2, 2019.