It's our pleasure to send you the March Edition of the ISP Brief, the monthly newsletter of the CSIS International Security Program. ISP Brief features articles and commentary written by our scholars including analysis as published in various media sources (including video and audio highlights), and links to recent events. We hope the newsletter provides you, our readers, a snapshot of the excellent work underway in ISP, and the engaging thoughts of our experts. As always, your feedback is welcome. 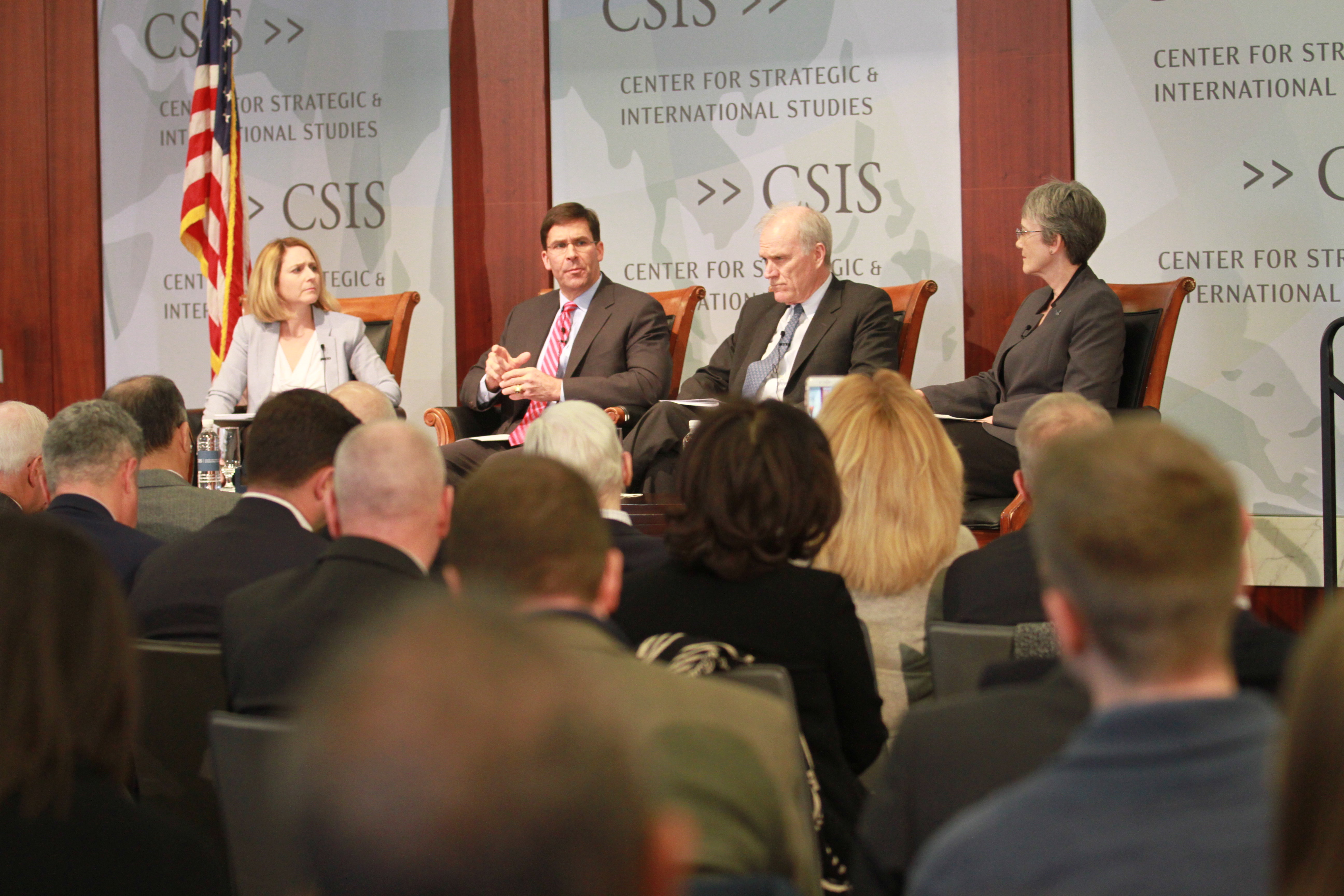 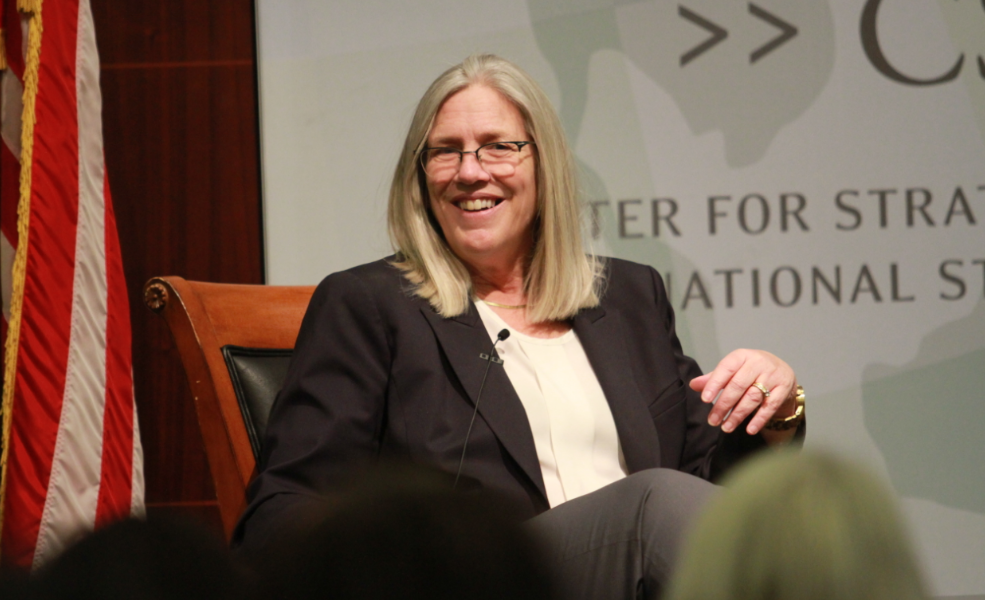 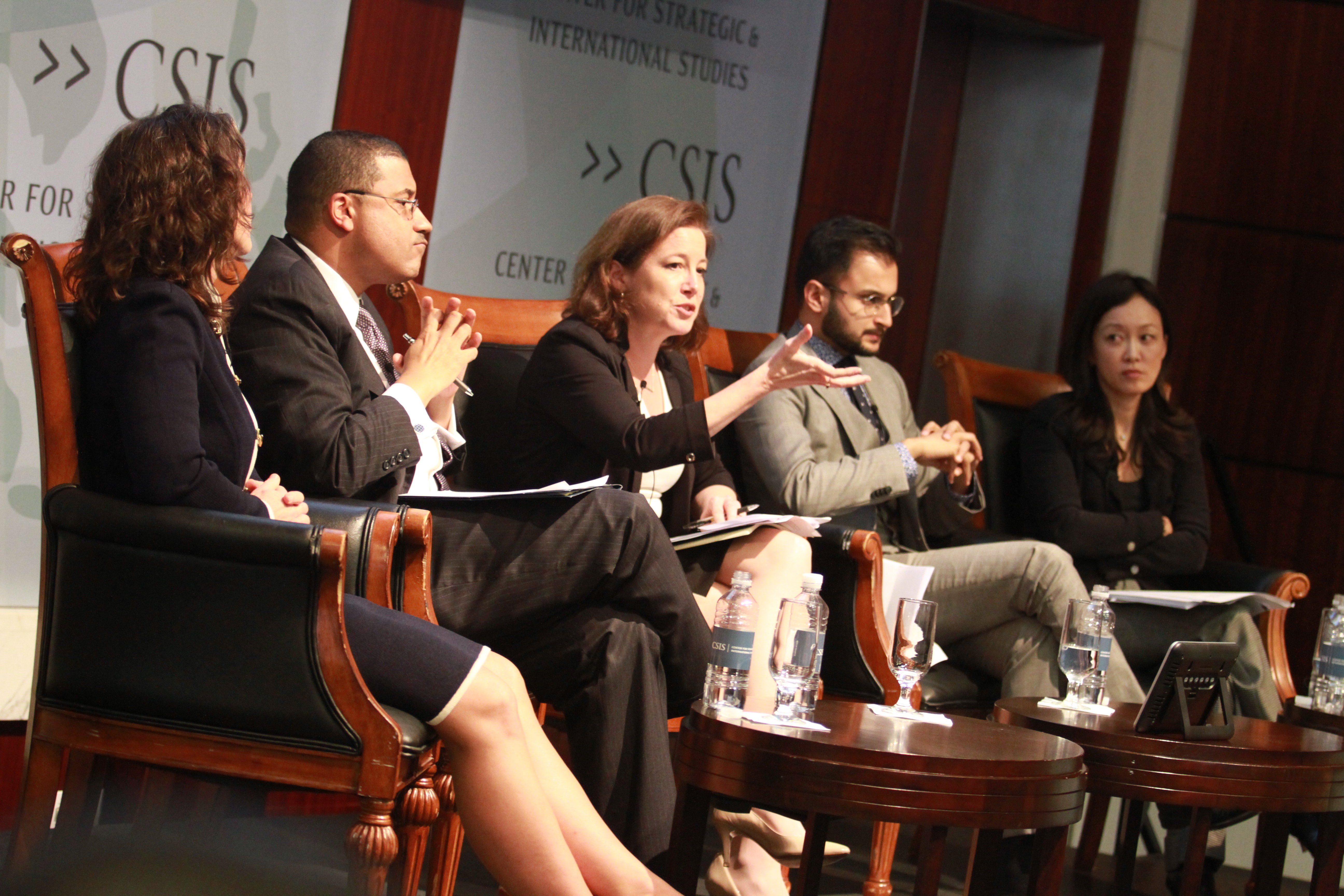 Assessing the 2018 Nuclear Posture Review
March 1, 2018
The Project on Nuclear Issues (PONI) hosted a half-day conference which discussed U.S. nuclear policy and strategy. The conference followed the release of the Trump administration’s Nuclear Posture Review (NPR) and featured panel discussions on capabilities and regional challenges. John C. Rood, Under Secretary of Defense for Policy, provided opening remarks and the keynote address which outlined key dimensions of the NPR.

READ "A Strategic Approach to Defense Investment" by Andrew Hunter.

READ "How Big Should The Defense Budget Be? Experts vs The Public" by Mark Cancian.

READ "The Pentagon Just Revealed How Much It Spends Helping Foreign Militaries" by Tommy Ross.

Introducing Moonstruck , a new podcast about humans in space, featuring analysis from The Aerospace Security Project.
LISTEN - Thomas Roberts, with analysis from Todd Harrison, narrates why space is so dangerous with the story of Alexei Leonov.

LISTEN - In a podcast by Stanford's Center for International Security and Cooperation, Suzanne E. Spaulding discusses how Russia’s interference in our election was part of an ongoing campaign to undermine democracy and its institutions, and how America’s justice system is already under fire from Russian propaganda. 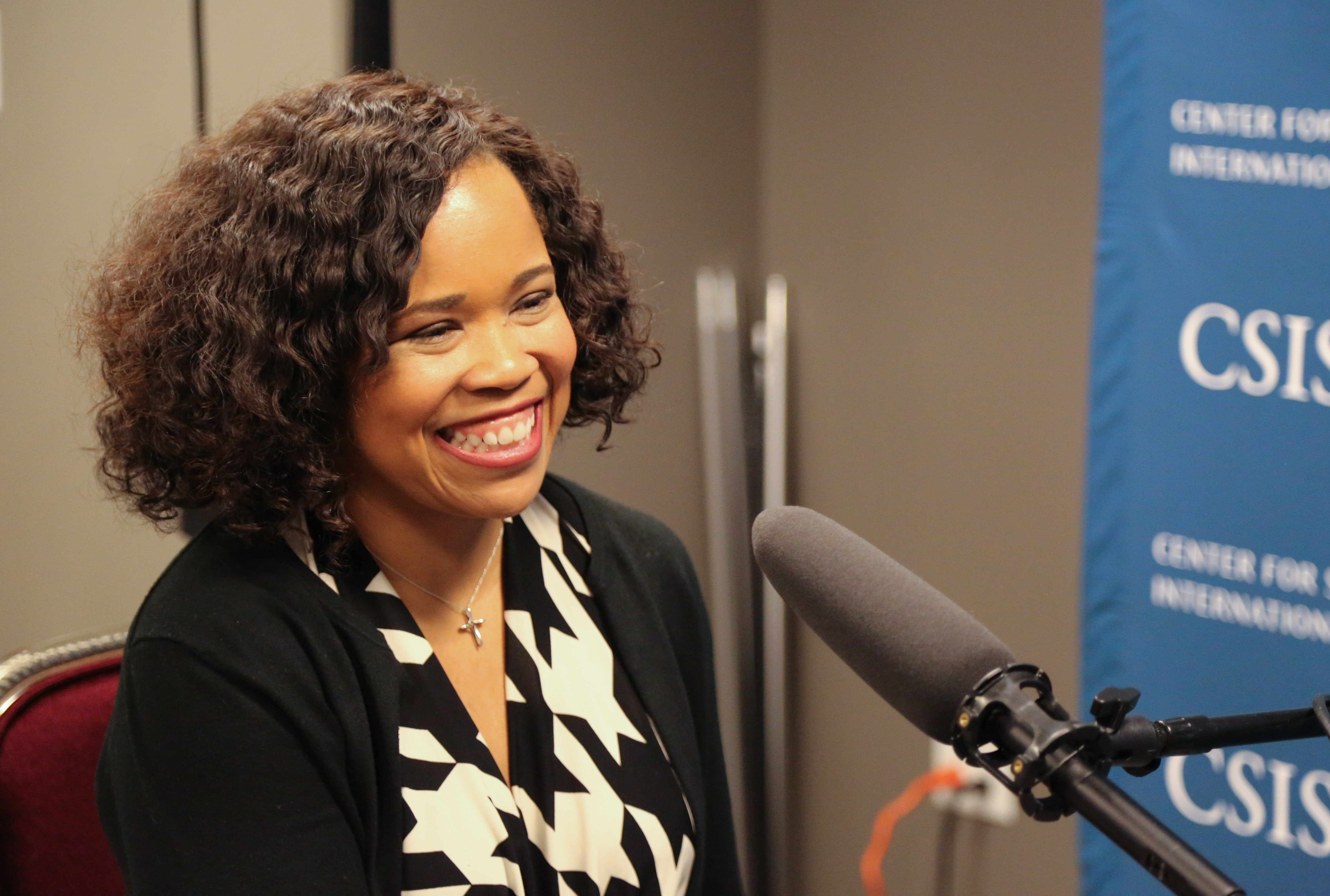 LISTEN - Dana W. White, Assistant to the Secretary of Defense for Public Affairs and Chief Pentagon Spokesperson, and Beverly Kirk discussed the Pentagon’s budget, defense priorities, and the new “This is the Military” initiative helping to inform the public about those who serve our country. Follow the initiative on Twitter with the hashtag #KnowYourMil. 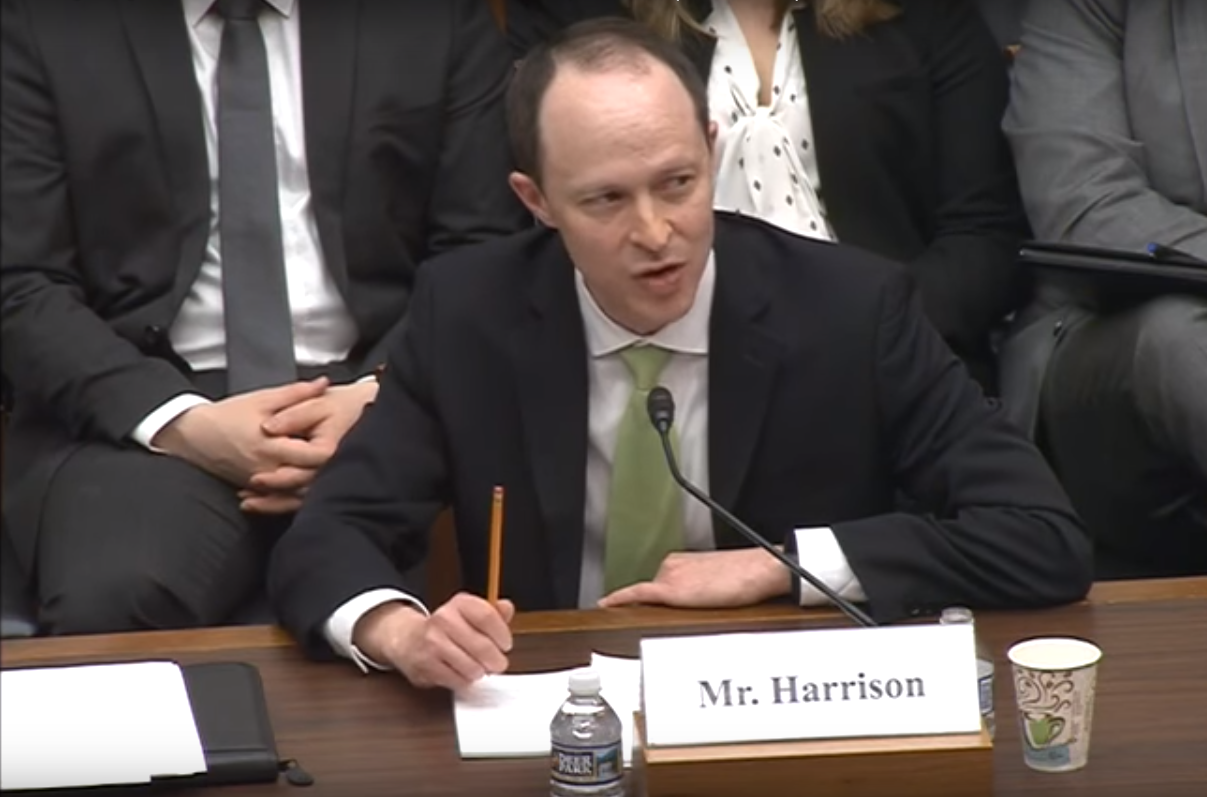 WATCH - Todd Harrison had an interview with C-SPAN about the first-ever Pentagon audit. 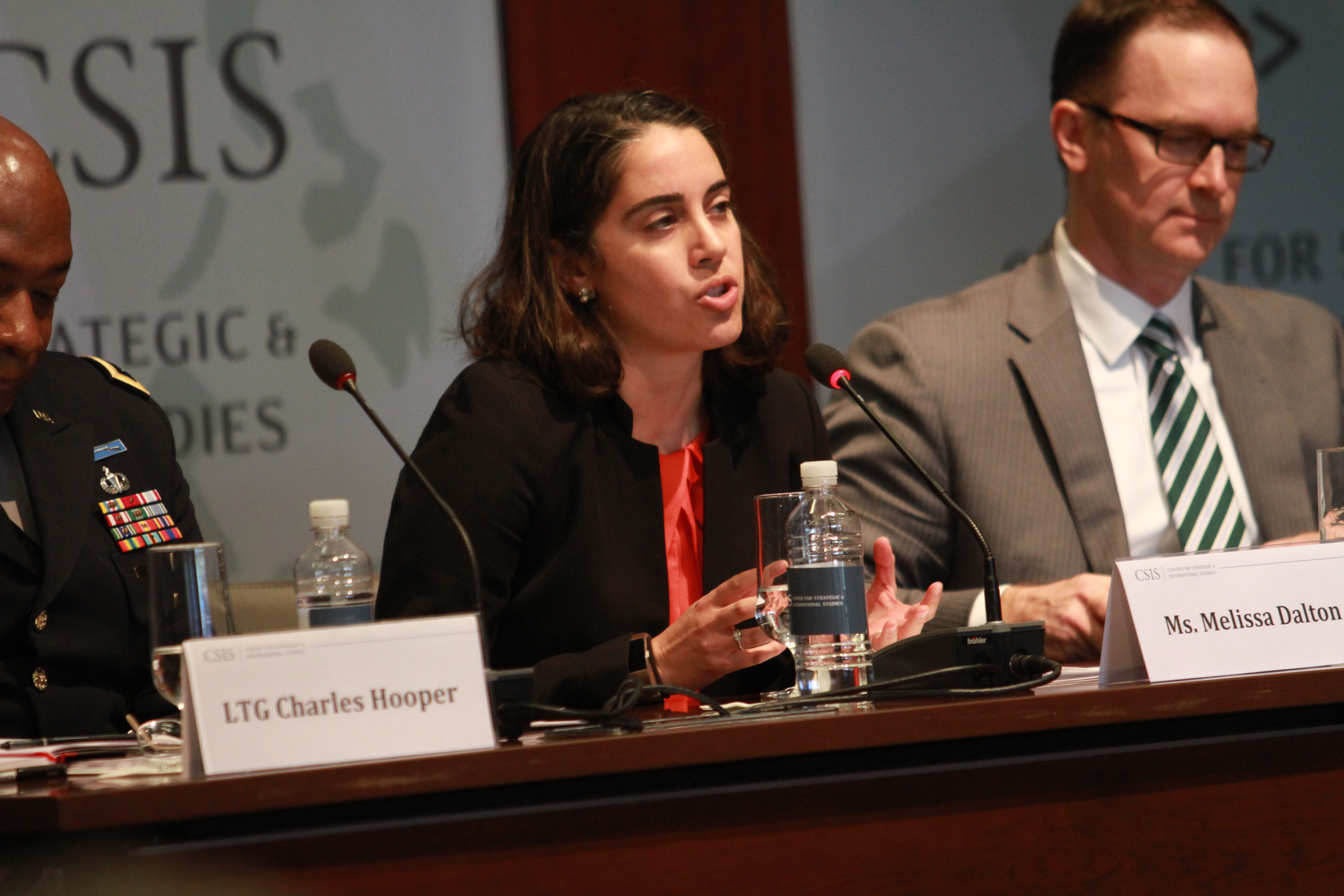 “You can’t hide from a robust constellation of space-based sensors,” - Tom Karako in The Hill on March 27, 2018.

"There's one thing the Department of Defense is good at — it's spending money quickly," - Todd Harrison in NPR on March 26, 2018.

“They are putting their money where their mouth is,” - Mark Cancian in Stars and Stripes on March 22, 2018.

“What’s lacking and what is most needed is our ability to adequately protect these systems against a variety of attacks,” - Todd Harrison in Live Mint on March 22, 2018.

"It would be a remarkable thing if Lucy didn't pull the football out from Charlie Brown this time, but it's one of those things where I'll believe it when I see it." - Tom Karako in CNBC on March 16, 2018.

“To my mind, Sanders is ignoring the concern that we need to give jobs to people in industry, and that involves paying them salaries that are competitive with Google, Apple and others competing for talent,” - Andrew Hunter in Military Times on March 16, 2018.

"The worst attack you can imagine would be if someone gets into your commanding control uplink and takes control of your satellite, then they can effectively destroy it or at least make it not usable to you," - Todd Harrison in The Washington Free Beacon on March 16, 2018.

"Mattis has proved to be a skilled bureaucratic player and will continue to play the dominant role in shaping national security strategy," - Mark Cancian in Business Insider on March 13, 2018.

“The fact that a company can do something like this, and number one, the government was not able to stop them, and number two, other governments were willing—the Indian government was willing to launch it—that says something about the lack of good, enforceable regulations, laws and treaty arrangements,” - Todd Harrison in Quartz on March 13, 2018.

“Iran ensures that any escalations against the United States and its regional partners fall short of large-scale warfare,” - Melissa Dalton in Task & Purposeon March 8, 2018.

“As a rule of thumb, ballistic missiles are easy to see, hard to hit. Cruise missiles are the opposite, easier to hit but hard to see, " - Ian Williams in The Washington Post on March 2, 2018.

"The U.S. and Canada are about as close partners on defense industrial activities as you can imagine," - Andrew Hunter in CNBC on March 2, 2018.

"Unfortunately, we are kind of behind the curve in terms of our cruise missile defense capabilities," - Tom Karako in CNBC on March 1, 2018.
Media Queries