It's our pleasure to send you the May Edition of the ISP Brief, the monthly newsletter of the CSIS International Security Program. The ISP Brief features articles and commentary written by our scholars including analysis as published in various media sources (including video and audio highlights) and links to recent events. We hope the newsletter provides you, our readers, a snapshot of the excellent work underway in ISP, and the engaging thoughts of our experts. As always, your feedback is welcome.

Beyond the Ballot: How the Kremlin Works to Undermine the U.S. Justice System
The U.S. justice system is under attack as part of a long-term Russian effort to undermine the appeal of democracy and weaken the West. The latest report from the Defending Democratic Institutions project describes the nature of this threat and proposes measures for countering it. 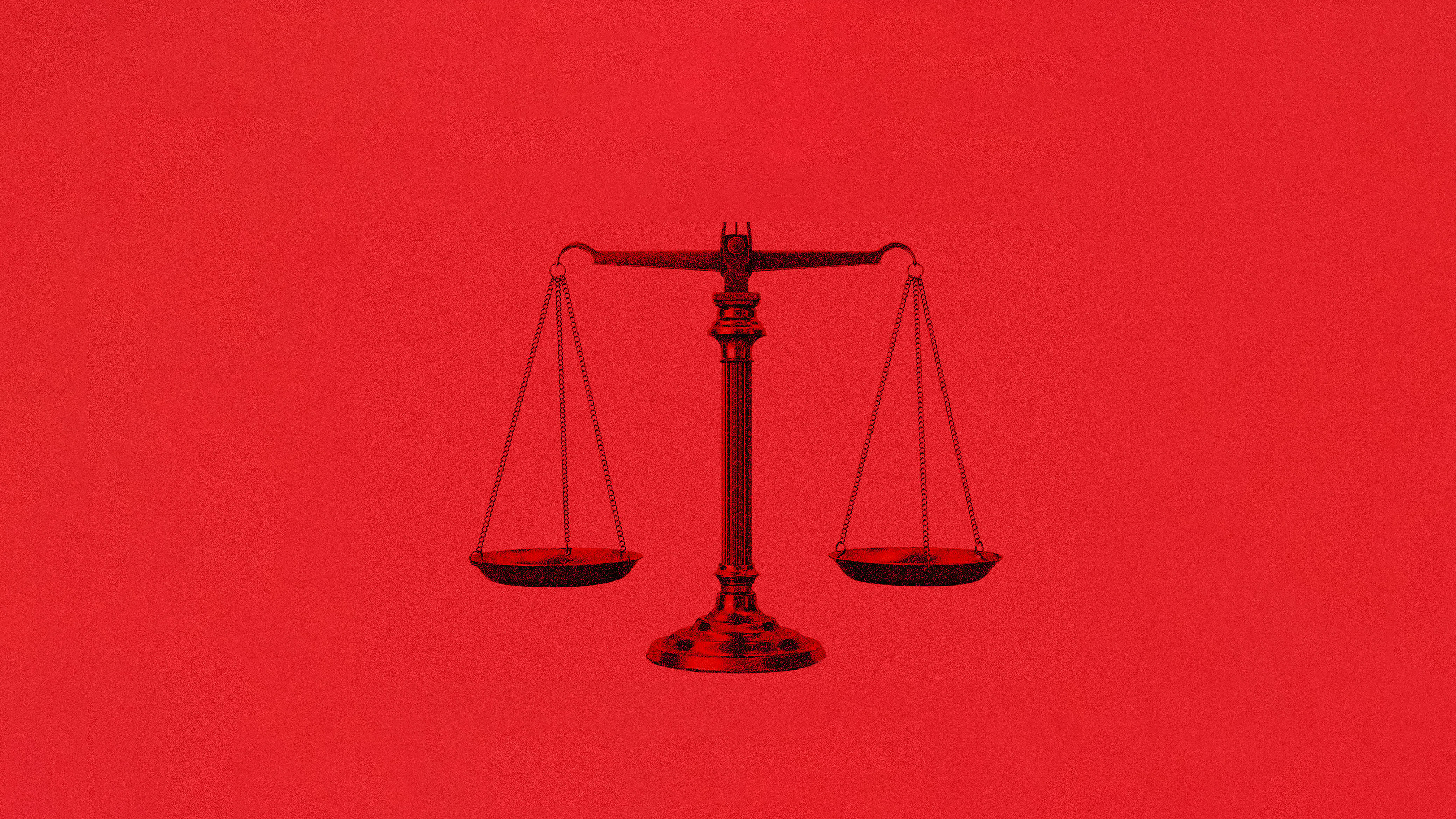 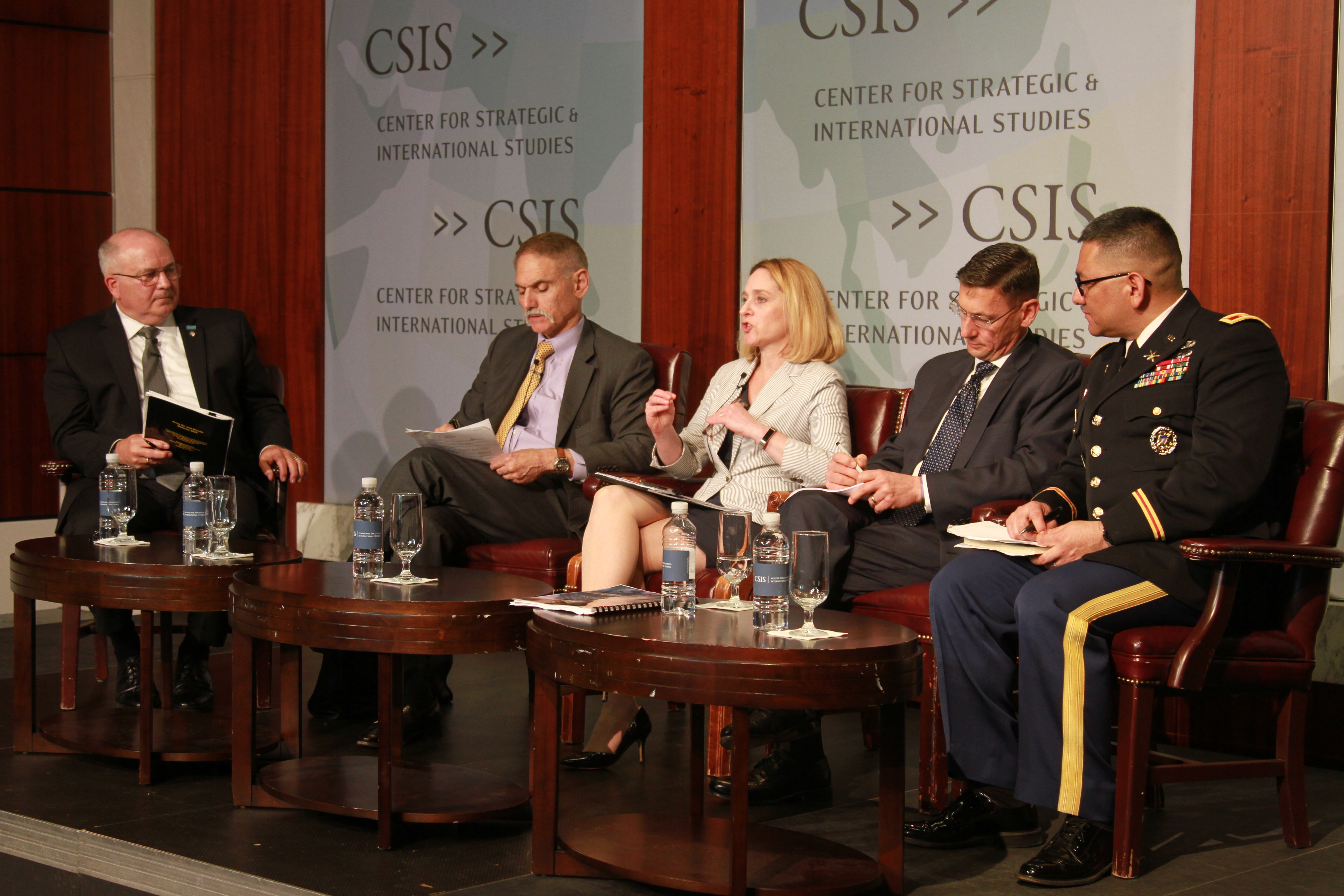 Case Studies in Iranian Expansion Across the Middle East
There is growing Iranian activism in the Middle East despite U.S. and allied efforts to weaken Iran's economy and politically isolate Tehran. In an effort to better understand the Islamic Revolutionary Guard Corps-Quds Force (IRGC-QF) and broader Iranian Activities, the Transnational Threats Project examined satellite imagery of locations where the IRGC-QF or its partners are training fighters. 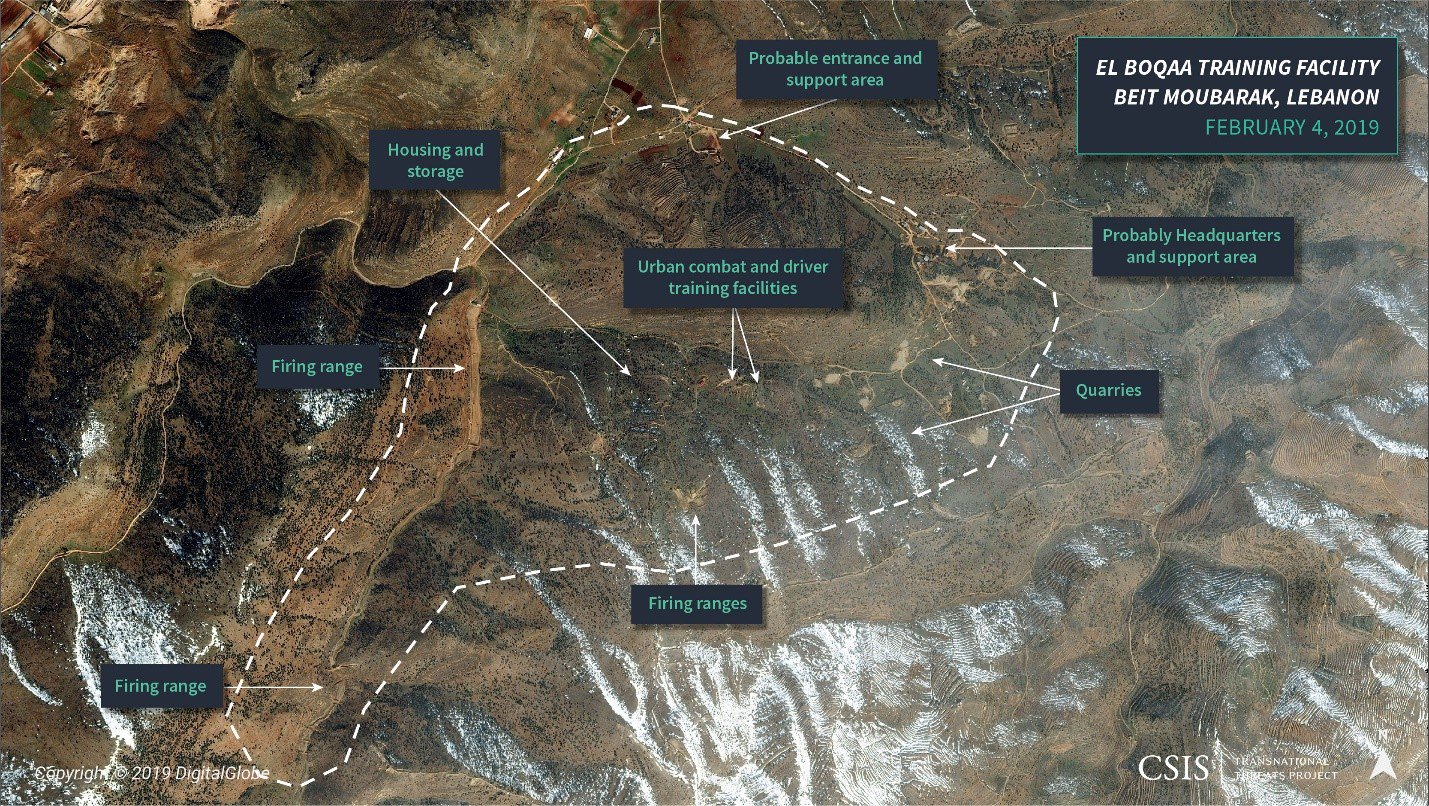 Beating the Air into Submission: Investing in Vertical Lift Modernization (Part II)
Vertical lift aircraft are a substantial part of the U.S. military, both in terms of fleet size and investment levels. However, despite major investments, the vertical lift fleet has not undergone generational change since the 1980s. The Defense-Industrial Initiatives Group's latest brief focuses on future investments of the U.S. vertical lift. 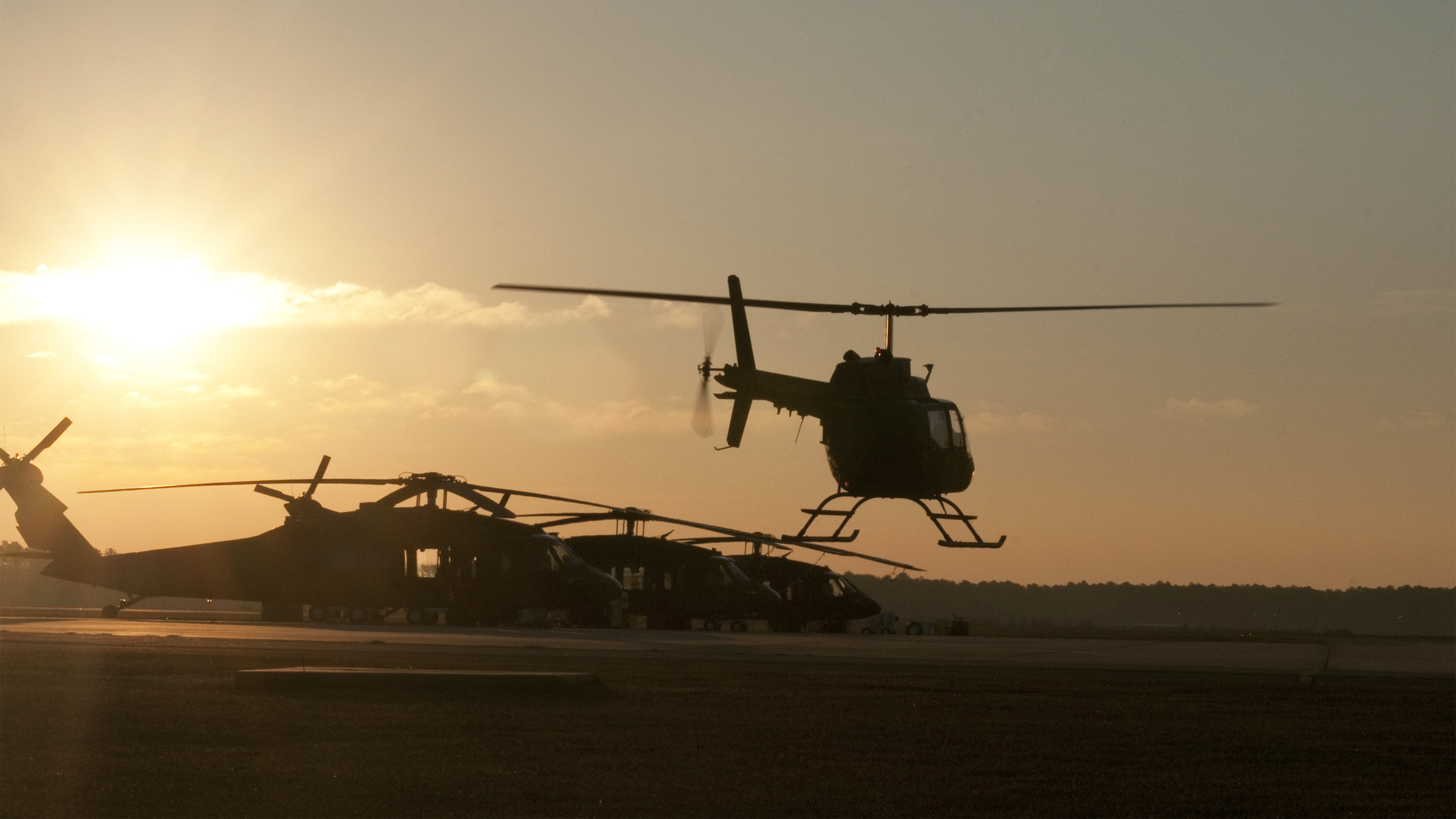 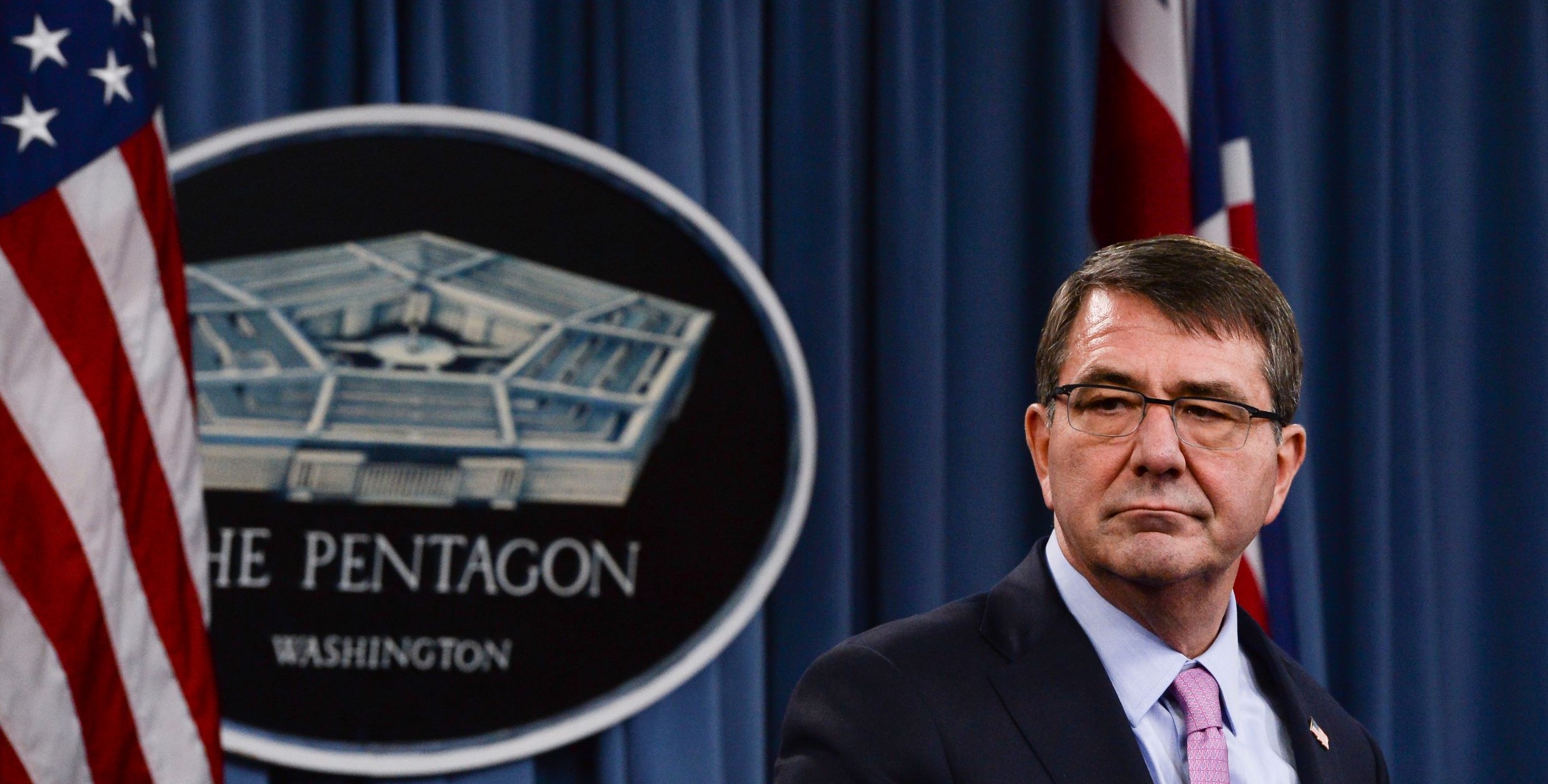 China-U.S. Trade: The British View
Smart Women, Smart Power podcast host Beverly Kirk sat down with Dame Barbara Woodward, the United Kingdom's Ambassador to China, to discuss the Washington-Beijing trade spat and its implications for the U.K and the rest of the world. She also talked about 21st century diplomatic challenges and how most are related to China. Listen on iTunes and Spotify. 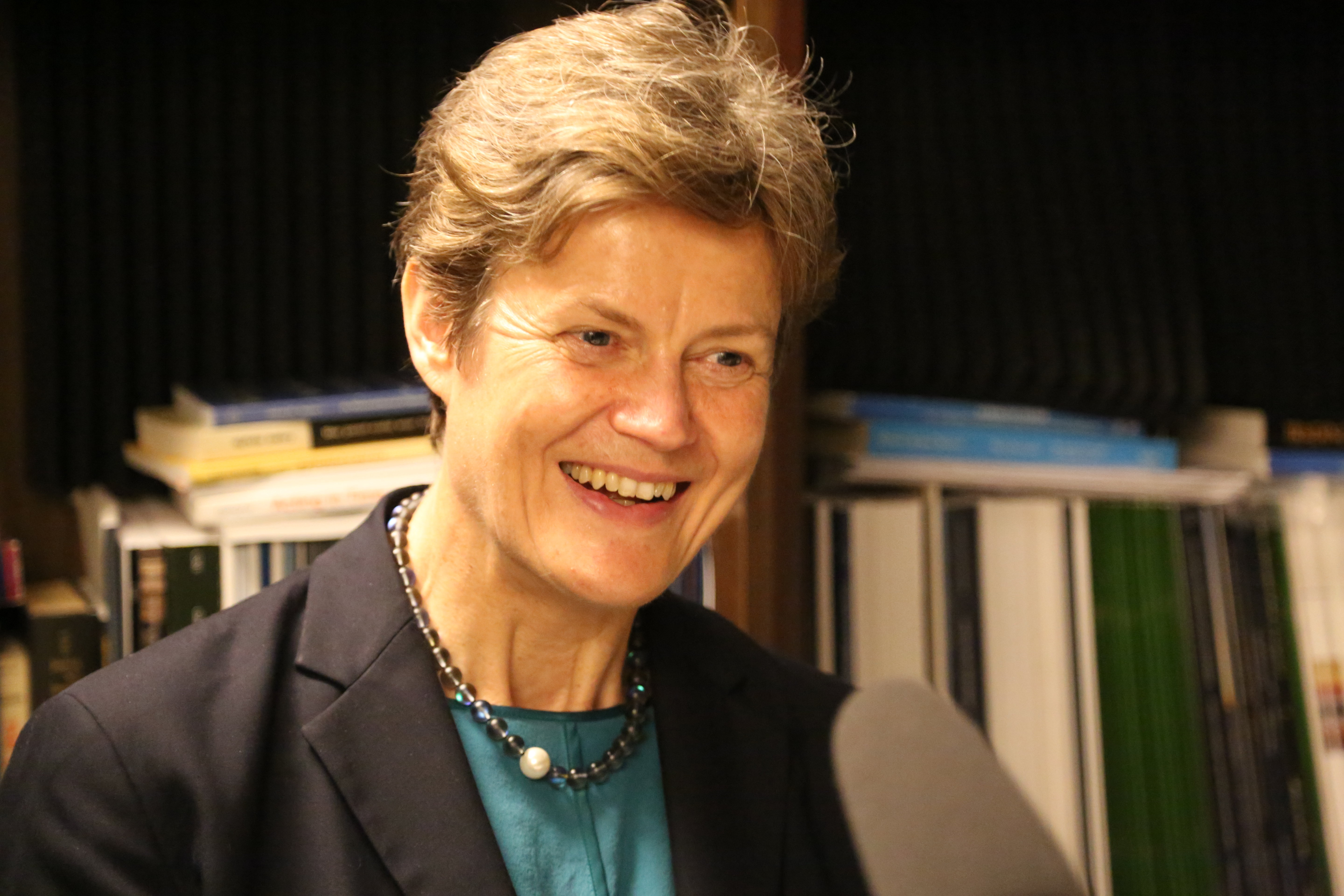 Call for Presenters at the PONI Conference Series
PONI is currently looking for undergrads, masters, PhD students, post-Docs, and fellows to present their research at conferences this year. The PONI staff works with presenters to hone their research into a sharp and focused 10 minute presentation. Travel support is offered to presenters. Proposals are accepted and reviewed on a rolling basis. Deadline for the Fall conference is August 2, 2019 and deadline for the Winter conference is September 13, 2019.

To apply, submit a proposal and letter of recommendation to Simone Williams at swilliams@csis.org or check out the website for more information.

READ - "In the Pacific, US Army Must Be a Running Back Who Blocks" by John Schaus, Nathan Freier, Michael Cable, and Dana Tucker

READ - "Will the 2020 Election be Secure?" by Suzanne Spaulding

READ - "How Would Sequestration Impact DoD in FY 2020?" by Seamus Daniels

READ - "Is the Space Force Viable? Personnel Problems on the Final Frontier" by Mark Cancian

LISTEN - Seth G. Jones discussed his latest book, A Covert Action: Reagan, the CIA, and the Cold War Struggle in Poland, with Paul Pope on an episode of Horns of a Dilemma. 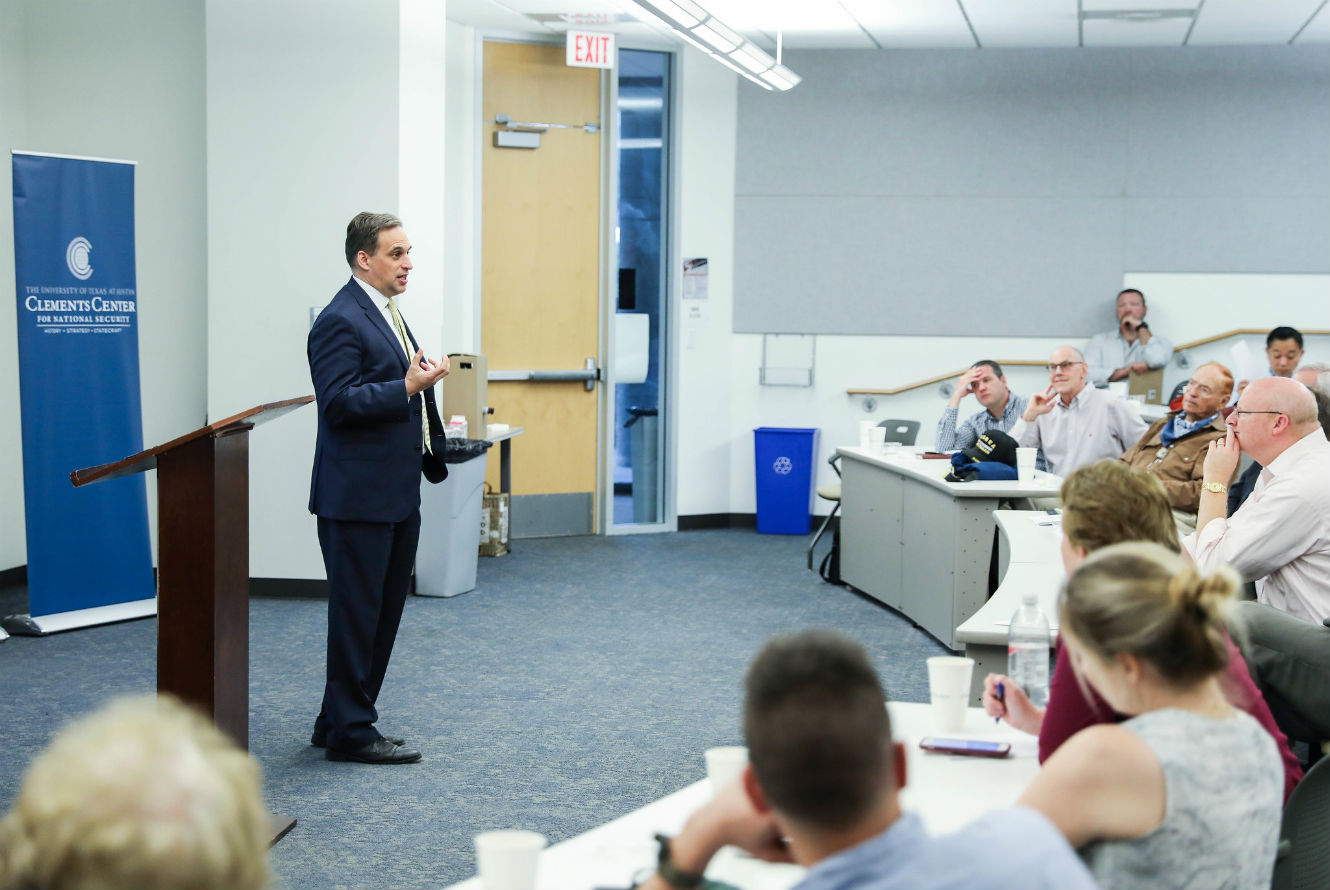 LISTEN - An episode of the Smart Women, Smart Power podcast featured the first panel from this year's Future Strategy Forum with panelists Meg Guliford, Lindsey Ford, Dr. Angela Stent, Amb. Linda Thomas-Greenfield, and Dr. Irene Wu. The conversation was on great power cooperation and its impact in the 21st century. 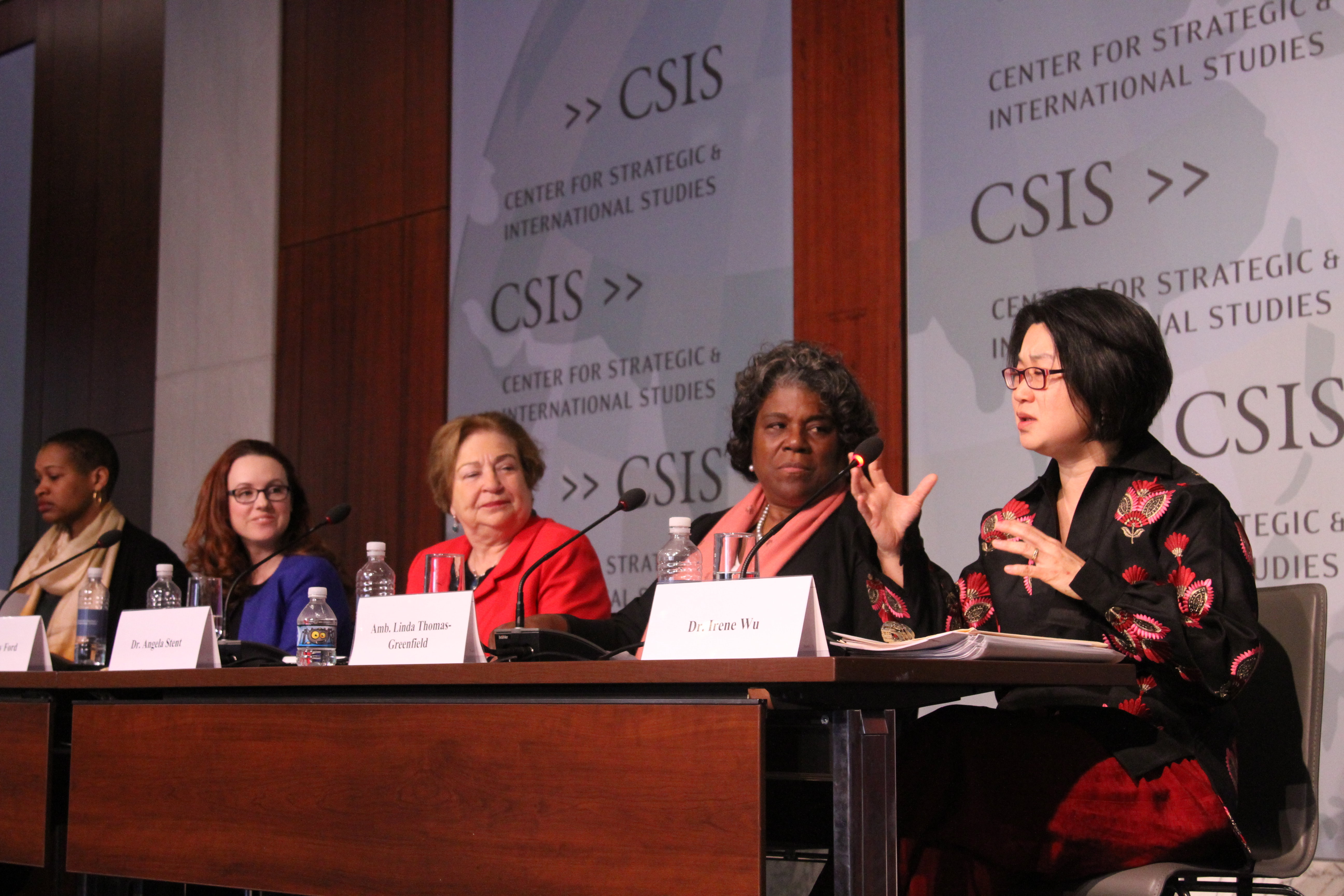 WATCH - Lindsey Sheppard, Associate Fellow, joined a panel at New America on what sci-fi futures can, and can't, teach us about AI policy. 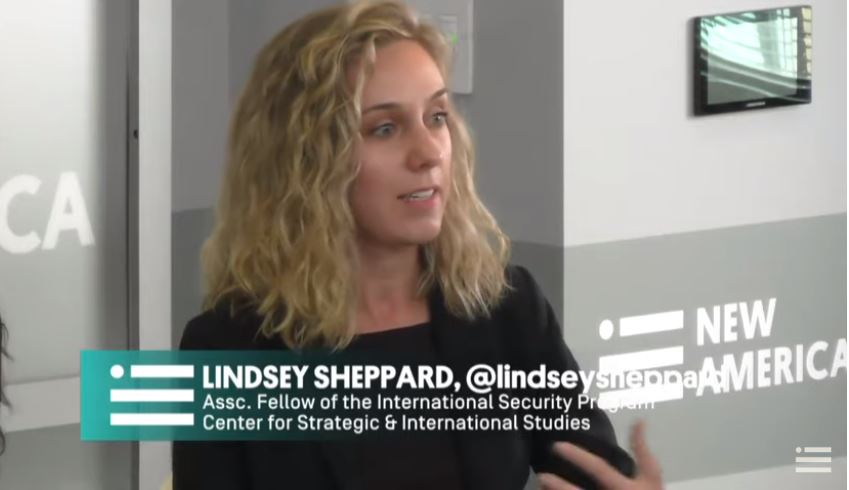 WATCH - Kathleen Hicks testified before the National Commission on Military, National, and Public Service on "Increasing Awareness Among Young Americans and Lessening the Civil-Military Divide."

WATCH - Seth Jones spoke with WJLA about the Trump administration's decision to escalate the counter-terrorism battle in Somalia. 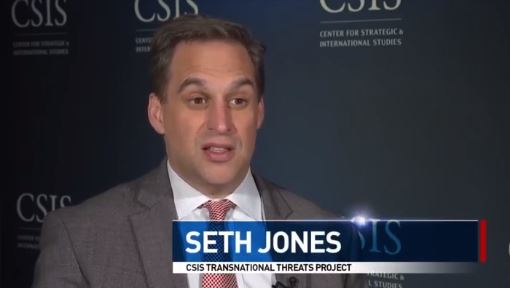 Maritime Security Dialogue: Shifting to the High-End Fight
May 15, 2019

Investing in Women for a New Economic Future
May 13, 2019 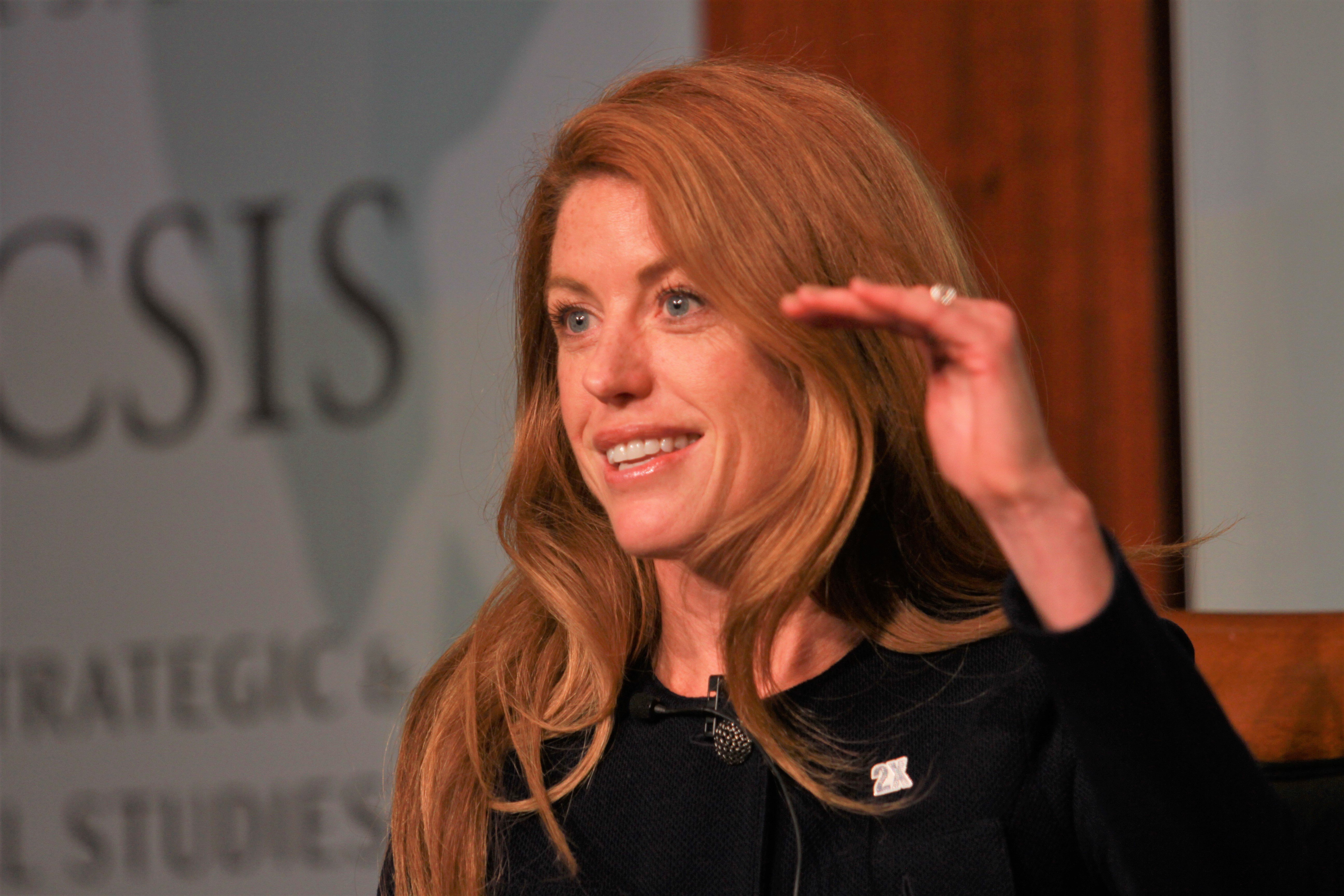 Democracy and Justice in the Age of Disinformation
May 1, 2019 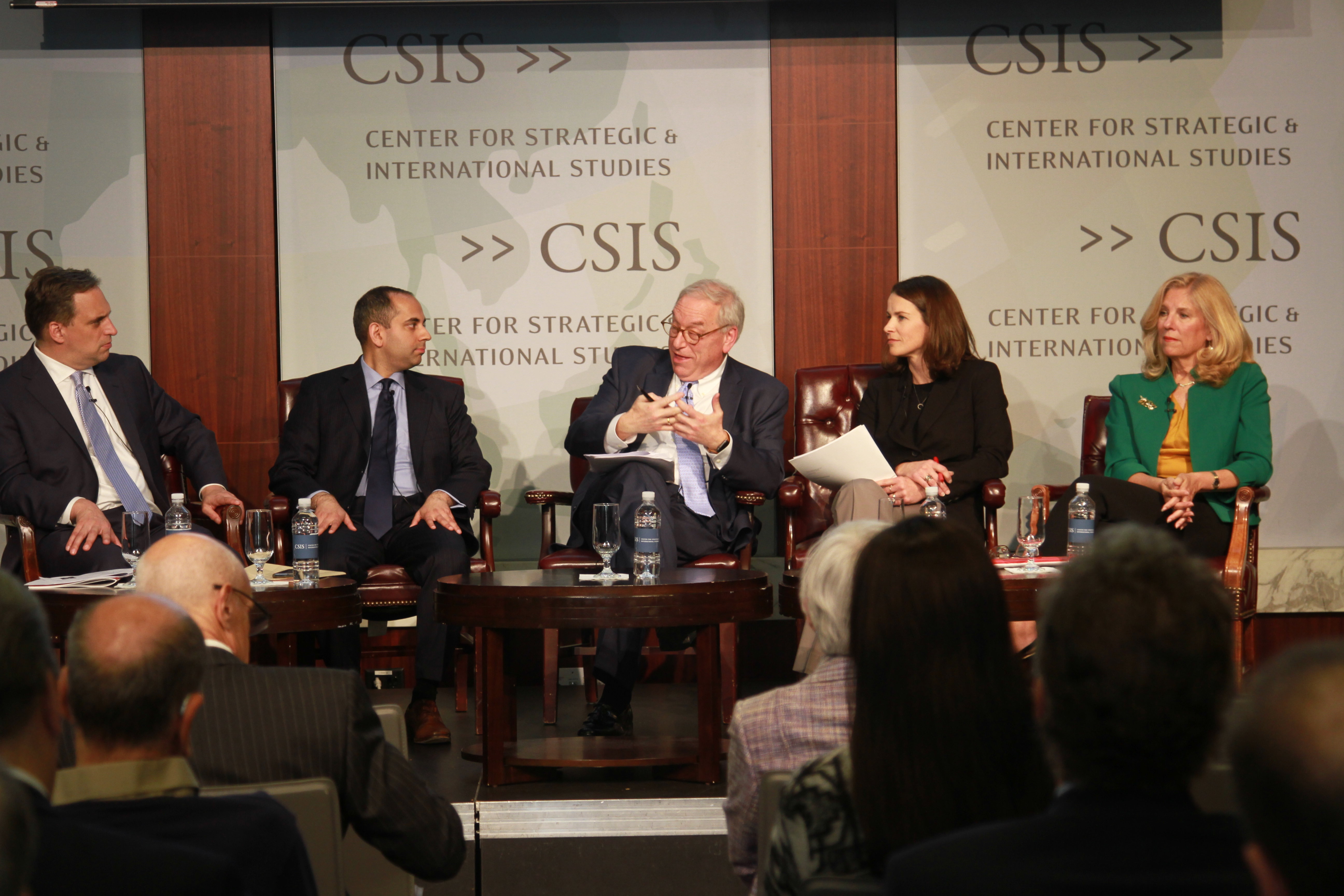 On the invocation of an emergency provision to prevent the Trump administration's proposed arms sale to Saudi Arabia and the United Arab Emirates, Melissa Dalton said, "Normally Congress has a good sense of what is coming. Typically there isn't any surprise or need to invoke this unless there has been some controversy in the broader bilateral relationship," in The New York Times on May 23, 2019.

On geopolitical super forecasters, Sam Brannen said, "It's one thing for algorithms to time market moves and execute trades faster than humans would be capable, and quite another for them to forecast the outcome of U.S.-China trade negotiations, in which the variables are nearly infinite and perhaps impossible to identify," in Axios on May 14, 2019

Discussing the new space race, and the decision to limit the winners to two companies, Todd Harrison said, "In the 1990s, if the government did not fund the development of a launch vehicle, it wasn't going to happen. Now we are in an environment where you already have multiple companies in the market. If the Air Force played its cards right, [it] could end up with more than two launch providers," in Foreign Policy on May 14, 2019

On the Pentagon's decision to redirect funds to build a wall, Mark Canciansaid, "During midyear reviews, you always find places where you have extra money and where you need additional money," in Stars and Stripes on May 10, 2019.

On the topic of the demise of IS foreign fighters, Seth G. Jones told VOA , "We have pretty reasonable numbers still in the region right now that are almost certainly active. It's hard to know if some have stayed and given up the fight. But the fact that they're still there, just the fact that they're free, indicates that there's a reasonable chance they're still committed to jihadist activity," on May 7, 2019.
Media Queries
Contact H. Andrew Schwartz
Chief Communications Officer
Tel: 202.775.3242