It is our pleasure to send you the November Edition of ISP Brief, the monthly newsletter of the CSIS International Security Program. ISP Brief features articles and commentary written by our scholars, their analysis as published in various media sources (including video and audio highlights), and links to recent events. We hope the newsletter provides you, our readers, a snapshot of the excellent work underway in ISP, and the engaging thoughts of our experts. As always, your feedback is welcome. 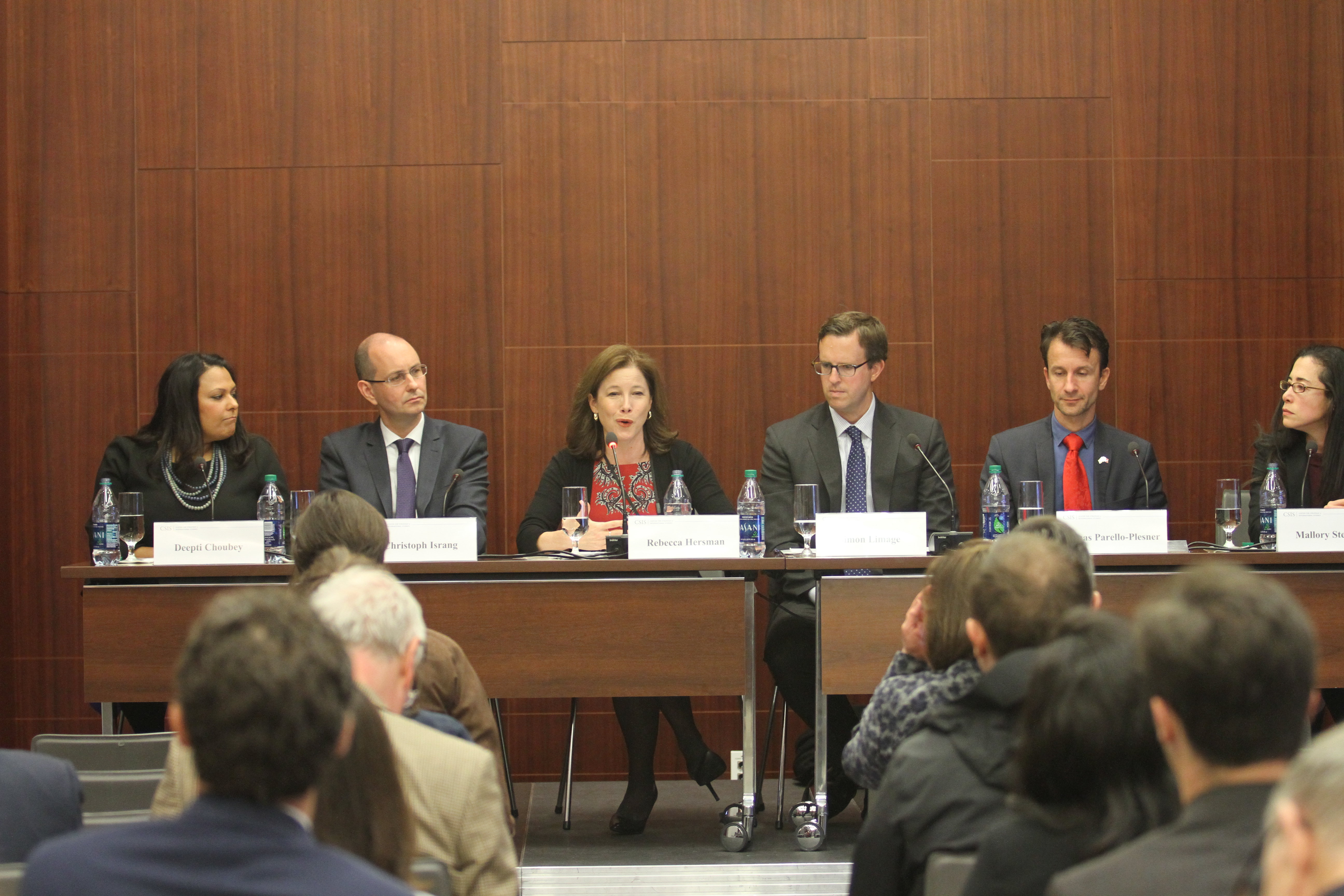 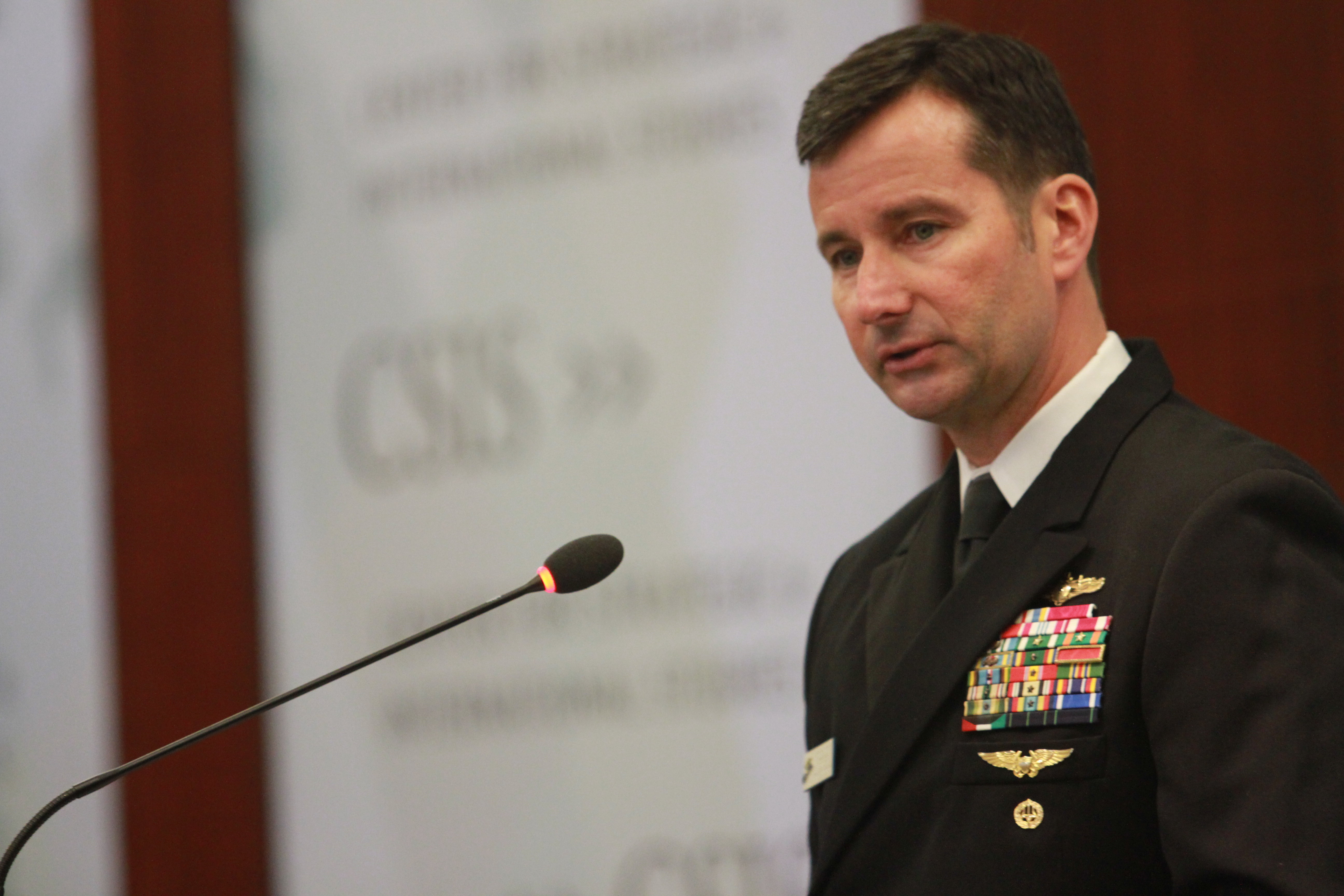 NASA in the Second Space Age: Exploration, Partnering, and Security
by Todd Harrison and Nahmyo Thomas

In this Strategic Studies Quarterly article, Harrison and Thomas argue that the next administration has a once-in-a-generation opportunity to set the terms by which the second space age is defined. It should set a new space exploration strategy for NASA and expand NASA’s network of international partners to include countries such as China, India, and others. Partnering for civil space exploration can help bring these new partners into the club of responsible spacefaring nations, promote broader U.S. national security objectives, and reestablish U.S. leadership in this vital domain.

READ "More Than Words: Why Secretary Carter's Affirmation of the Nuclear Enterprise Matters" by Rebecca Hersman, Clark Murdock, and Shanelle Van, in War on the Rocks.

READ "Keep focused on the long game" by Sharon Squassoni, in the Bulletin of Atomic Scientists.

READ "Next Steps in Japan - U.S. Cooperating in Space" by Todd Harrison, A Report of the CSIS Japan Chair.

READ "The Path Forward for DoD Innovation" by Jesse Ellman in The Cipher Brief. 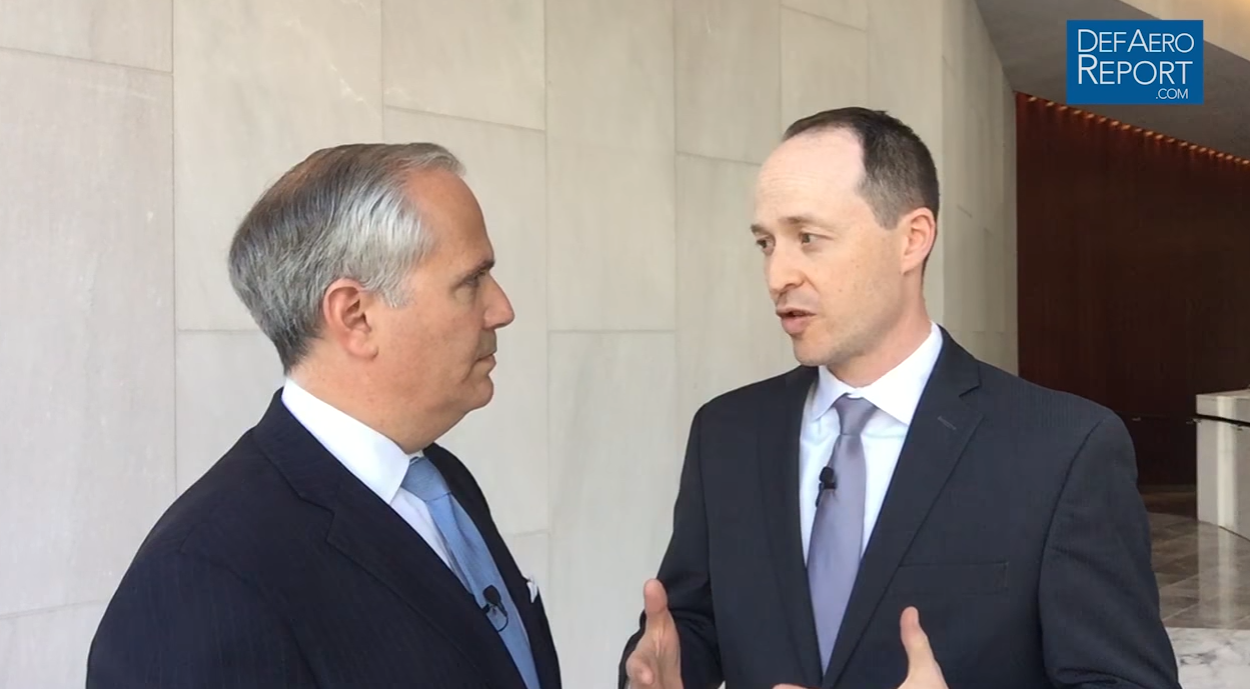 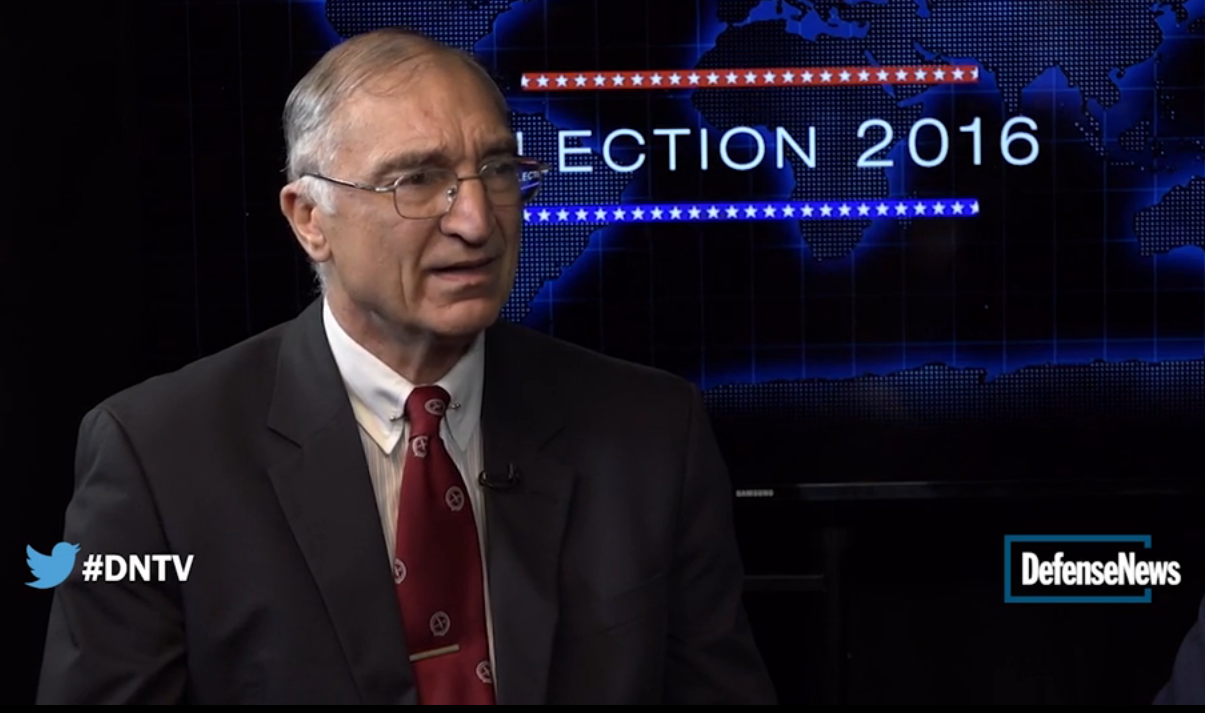 WATCH Mark Cancian discuss what a federal budget will look like under President-elect Donald Trump on DefenseNews. 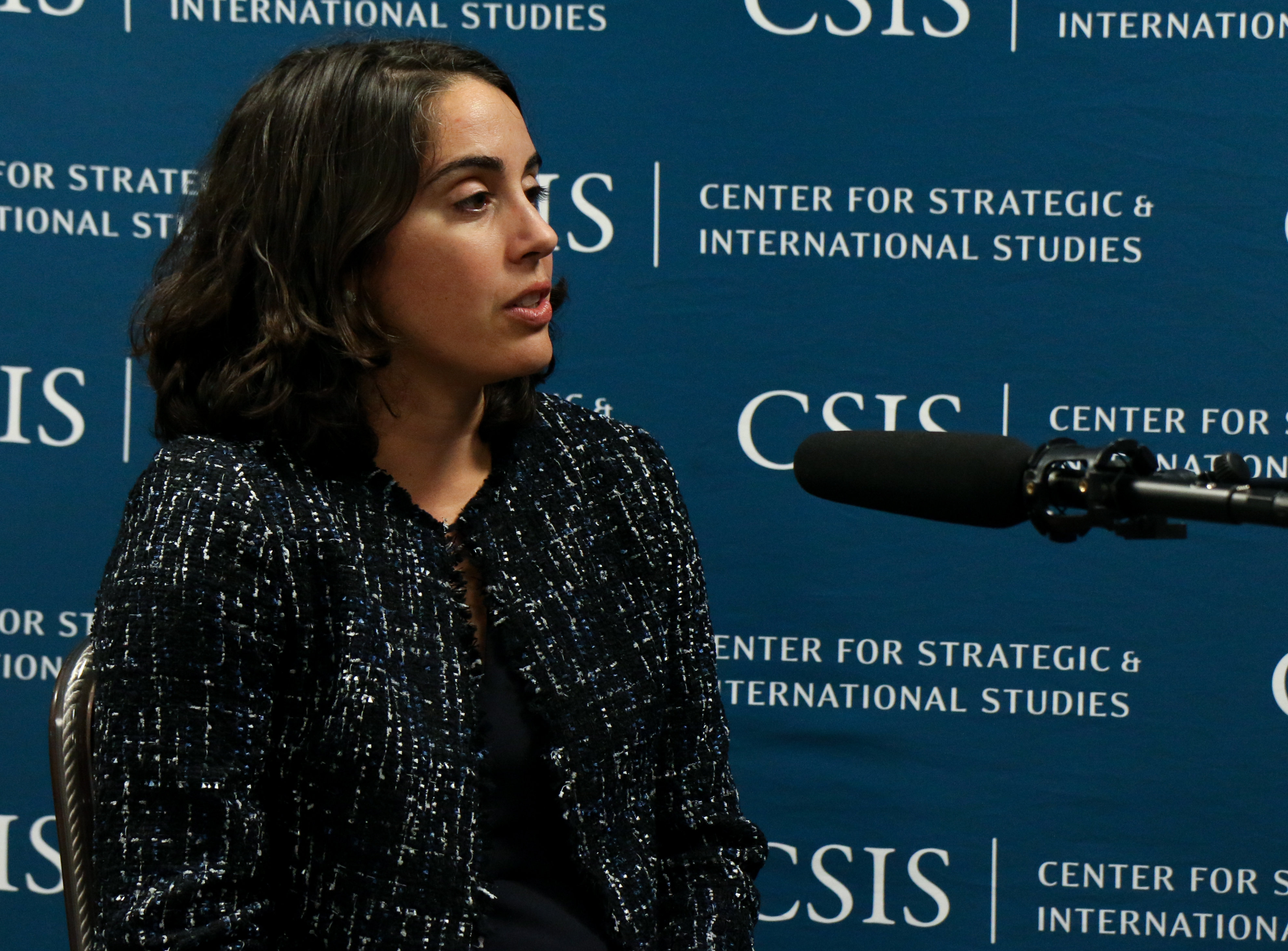 LISTEN to Melissa Dalton and Nina Easton discuss the conflict in Syria and its implications for the next administration.

WATCH Todd Harrison's remarks at the Ploughshares Fund event on "10 Big Nuclear Ideas for the Next President."

WATCH Todd Harrison discuss the budget and the new administration at the Bloomberg Government event "Post-Election Analysis: Implications for National Security and Defense." 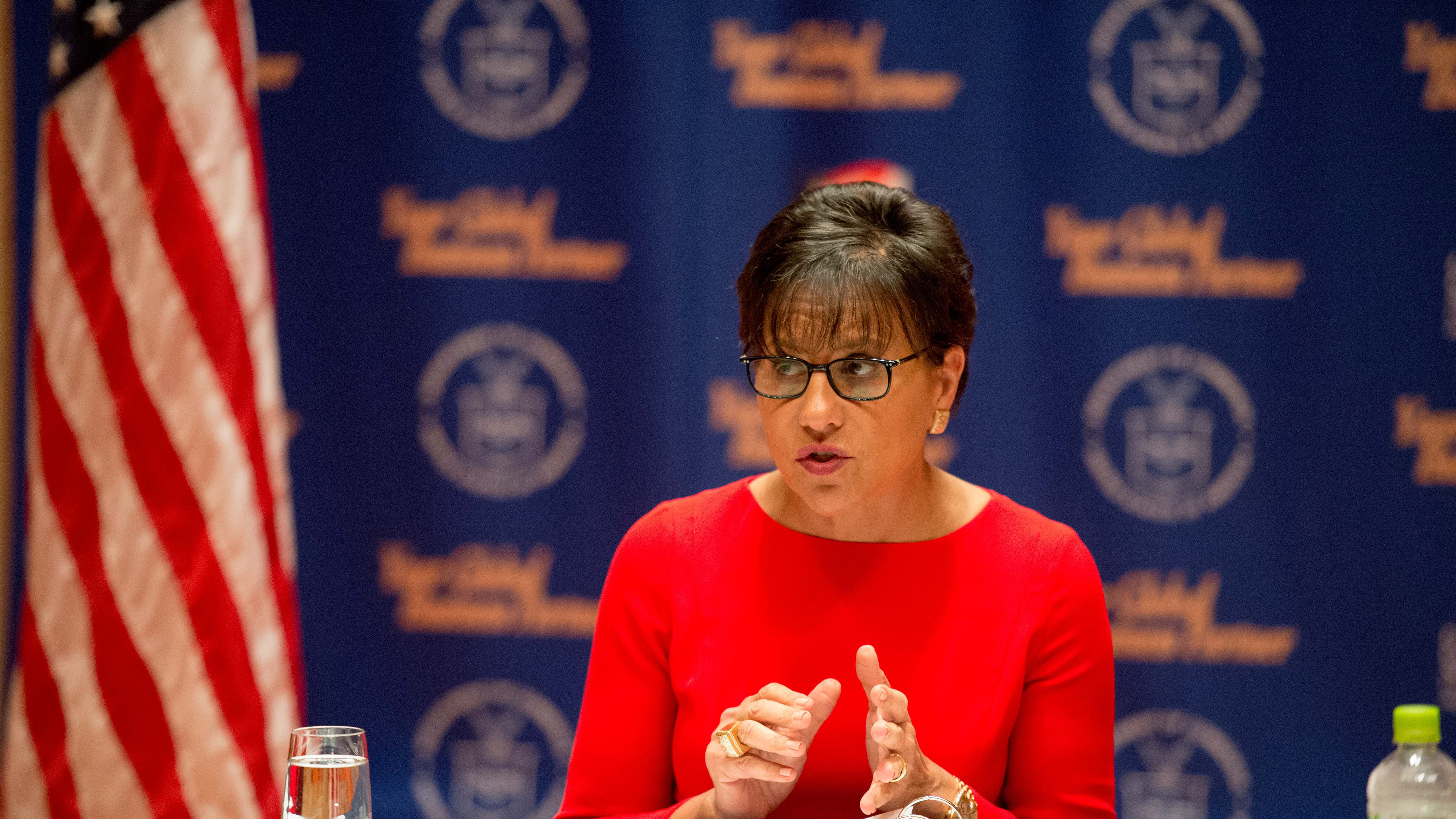 “They aren’t part of the foreign policy swamp,” - Mark Cancian quoted in The Washington Post article "What Trump may not know about the generals he’s eyeing for top positions" on November 23, 2016.

“This is a way that less-democratic governments conduct themselves,” - Kathleen Hicks quoted in The Washington Post article "What Trump may not know about the generals he’s eyeing for top positions" on November 23, 2016.

“International security is hard to do and joint development [such as the F-35 fighter] is even harder.” - Greg Sanders quoted in the USNI News article "Officials: Multilateral Effort Needed to Curb North Korean Cyber, Nuclear Threat" on November 22, 2016.

Mark Cancian, a senior advisor with the Center for Strategic and International Studies, told Inside the Army that the increase would cost approximately $32 billion per year. The total cost of Trump’s campaign proposals, which include increases in the Navy’s ship count and Air Force fighter capacity, as well as expanding the Marine Corps to 36 battalions, would be roughly $80 billion, he said. - Mark Cancian cited in the Inside Defense article "Proposal to boost Army active end strength could cost 'billions'" on November 18, 2016.

"In a historical sense, the North Koreans provided a lot of liquid fuel missile technology and missiles to a lot of folks, including the Pakistanis and the Iranians," - Thomas Karako quoted in the CNBC article "The North Korean nuclear threat to the Trump presidency" on November 15, 2016.

Hunter said the debate over the use of IRAD in source selection hinges on what the government and industry wants IRAD to be. Hunter believes since IRAD is ultimately coming from the government, in an era when DoD is trying to reestablish technology advantages, IRAD would be more fruitful if it was not being used specifically to win competitions that are up for solicitation in the near term. Hunter would be more comfortable if IRAD was being used to win competitions three to five years down the road. - Andrew Hunter cited in the Defense Daily article "DoD Proposal For Uniform IRAD Evaluation In Source Selection Draws Industry Concern" on November 11, 2016.

"Other passages in the Trump campaign statement 'seem to indicate he would raise revenues or cut other parts of government to pay for defense,' Todd Harrison, a defense analyst with the Center for Strategic and International Studies, said in an e-mail. 'That is much more realistic, but the devil is in the details and no details are provided.'" - Todd Harrison quoted in the Bloomberg article "Trump’s Defense Spending Hike Counts on a Reagan-Era Gimmick" on November 11, 2016.

"'They have every incentive to work together,' said Andrew Hunter, a defense analyst at the Center for Strategic and International Studies. 'The question is can they?'" - Andrew Hunter quoted in The Washington Post article "Donald Trump and John McCain battled during the campaign. Can they now get along?" on November 11, 2016.

Mark Cancian, a defense analyst with the Center for Strategic and International Studies, said Trump could call in small groups of disaffected Republican national security experts and ask for their help. But it wouldn’t go far. - Mark Cancian cited in the Bloomberg Politics article "As Trump Staffs Up, Many Foreign Policy Pros May Be Ruled Out" on November 10, 2016.

"The Budget Control Act has dominated the budget debate in Washington for the past five years, and with a new administration coming into office in 2017 the Budget Control Act is likely to be on the top of their agenda," - Todd Harrison quoted in the Business Insider article "The legacy of the 2011 debt ceiling fight is the biggest issue Trump will face on day one" on November 10, 2016.

“It’s a 50/50 divided country. Trump does not have the margin that Obama did when Obama took office and could push legislation through without Republican support. That means Trump will need to work with Democrats. Whether he is temperamentally able to do that remains to be seen.” - Mark Cancian quoted in the Breaking Defense article "Trump Will Not Always Get What He Wants From GOP Congress" on November 10, 2016.

"It's easy for those people to get cross-wise with the expectations of public service, to say things and do things that are embarrassing.... Government is a craft and people need to know what they're doing." - Mark Cancian quoted in the Military Times article "Who will be Trump's secretary of defense?" on November 9, 2016.

"Trump’s ability to work with Congress will also be a huge factor. While the GOP has majorities in the House and Senate, they are narrow. And conservative Republicans may clash with defense hawks over spending—touching off intra-party budget battles," said Todd Harrison an analyst with the Center for Strategic and International Studies. - Todd Harrison quoted in The Washington Post article "Four questions about how Trump would affect the military industrial complex" on November 9, 2016.

"I think it had a huge impact on the fact that sequestration went into effect because members like that would have had the stature and authority and understanding to articulate what this is really going to do to the Department of Defense," - Andrew Hunter quoted in the Washington Examiner article "Changes in House Armed Services' makeup could reshape next year's budget battle" on October 30, 2016.