It's our pleasure to send you the November Edition of the ISP Brief, the monthly newsletter of the CSIS International Security Program. The ISP Brief features articles and commentary written by our scholars including analysis as published in various media sources (including video and audio highlights) and links to recent events. We hope the newsletter provides you, our readers, a snapshot of the excellent work underway in ISP and the engaging thoughts of our experts. As always, your feedback is welcome. 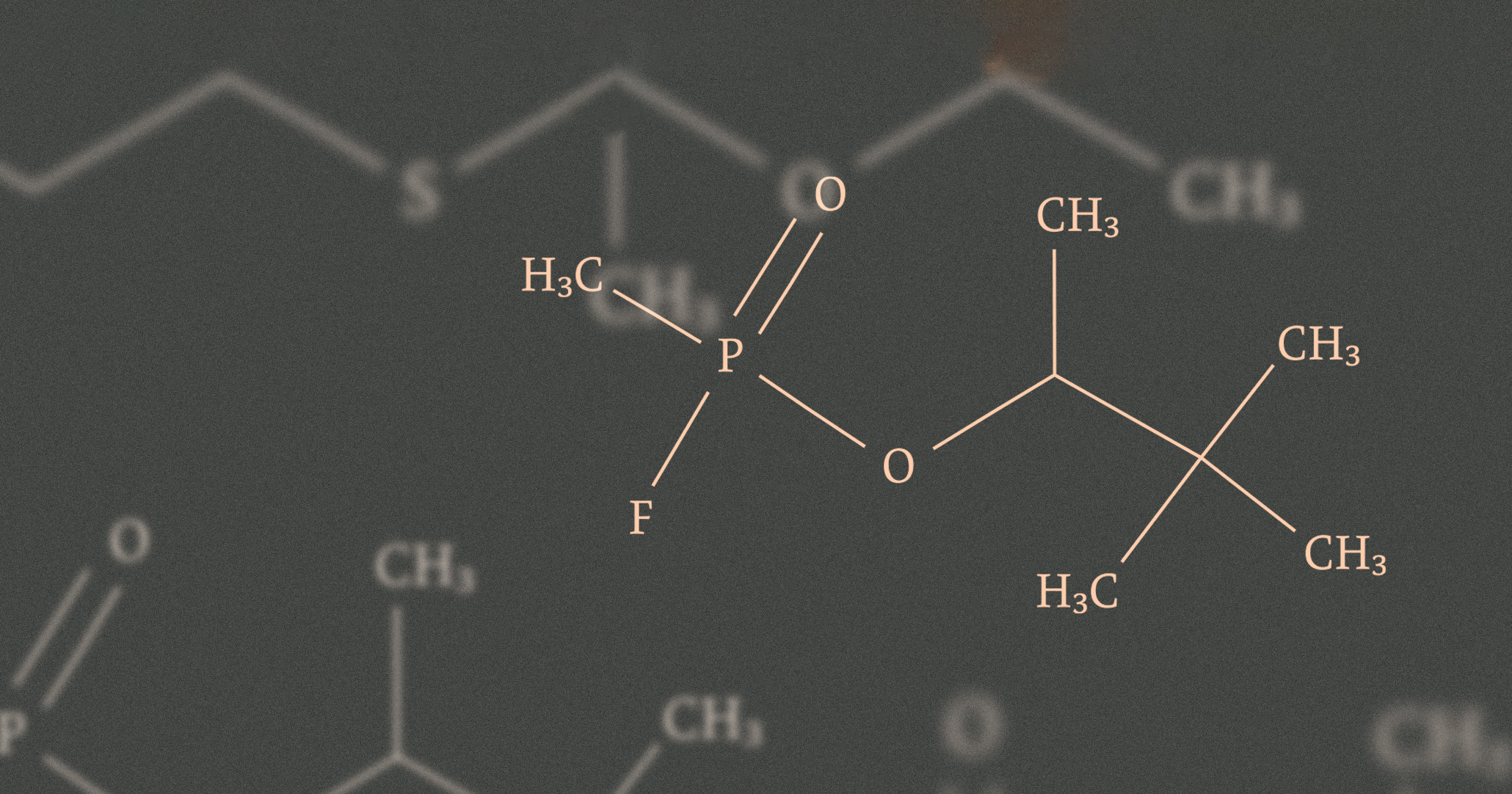 Iran's Protests and the Threat to Domestic Stability
As protests surge in Iraq and Lebanon, the Iranian regime also has to deal with its own protest movement. Since late 2017, there have been hundreds of protests in Iran per month about such issues as deteriorating economic conditions, environmental degradation, and political grievances. A new CSIS Brief from the Transnational Threats Project examines how the Iranian regime will have to deal with the persistent domestic discontent.

Defense Acquisition Trends 2019: Army Contract Trends
Army contract spending took the brunt of the cuts during sequestration and the defense drawdown but has been growing at a slow but steady rate the last two years. A new Brief from the Defense-Industrial Initiatives Group examines trends in what the Army is buying, how the Army is buying, and whom the Army is buying from, using data from the Federal Procurement Data System. 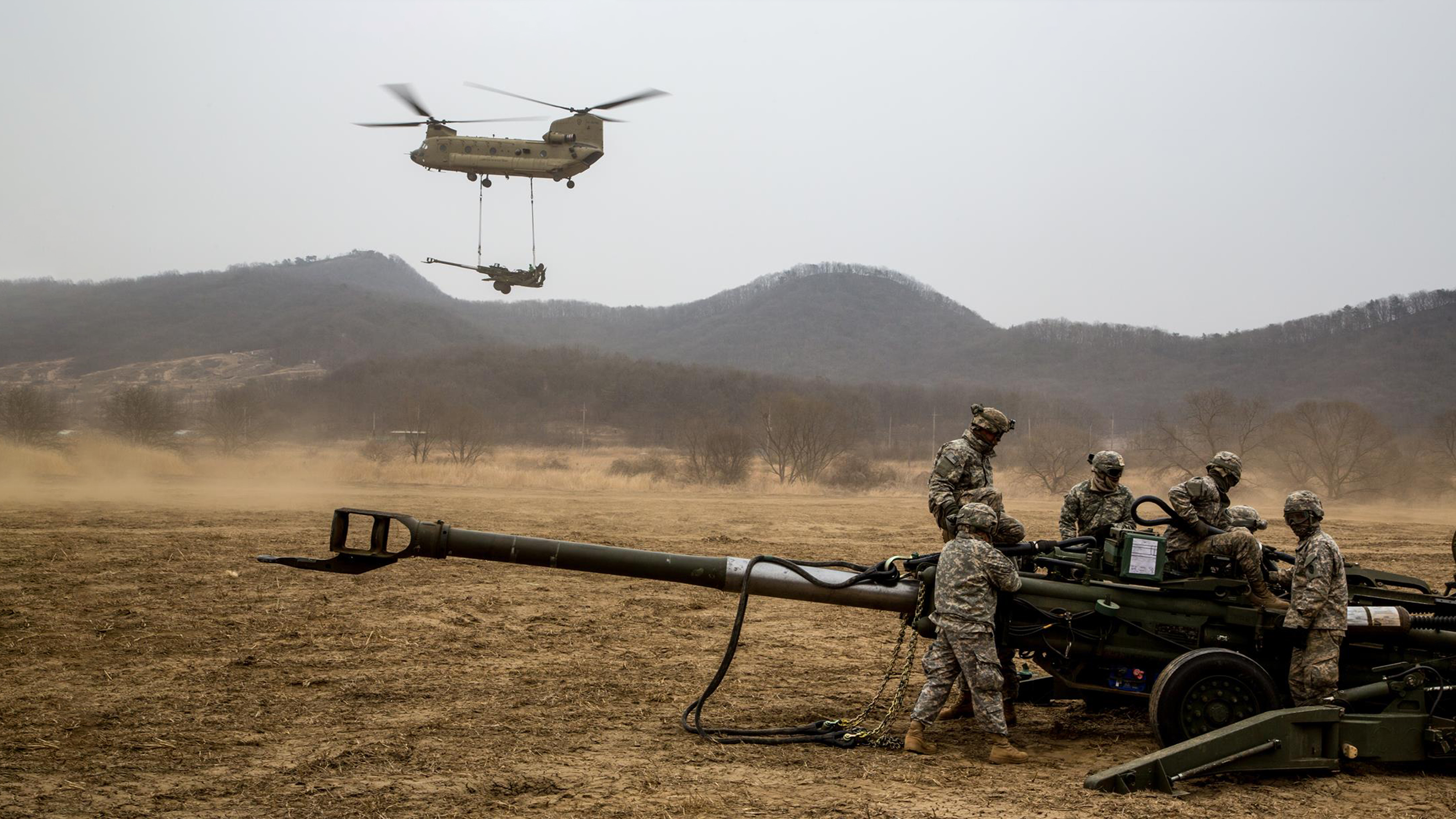 Why the Kremlin Targets Veterans
From creating fake social media accounts to spread disinformation within and about veteran communities to outright scamming veterans with solicitations for personal information and money, bad actors have been unrelenting in their targeted operations. A new piece from the Defending Democratic Institutions Project outlines how veterans have become a prime target of foreign influence operations. 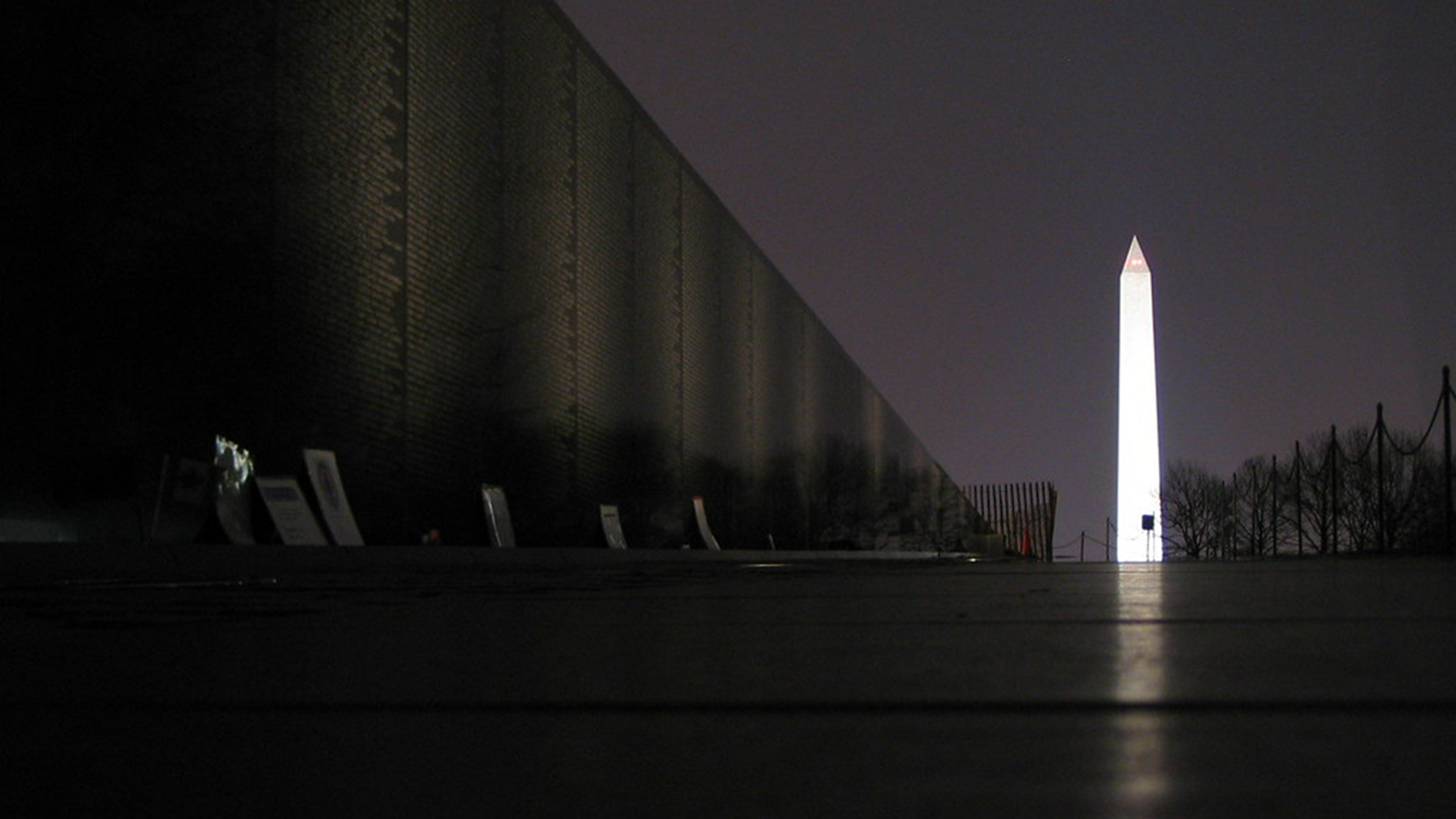 Brave and Bold Heroes: The Kung Fu Nuns Story
The Smart Women, Smart Power Initiative hosted two Kung Fu Nuns, Konchok and Migyur, from the Drukpa lineage of Buddhism in Nepal for an episode of their podcast. The Nuns, joined by Atlantic Council Senior Advisor Carrie Lee, discussed Kung Fu's role in promoting gender equality in the Western Himalayas. They also discussed their work on the environment and as first responders following the 2015 earthquake. Listen on Apple and Spotify. 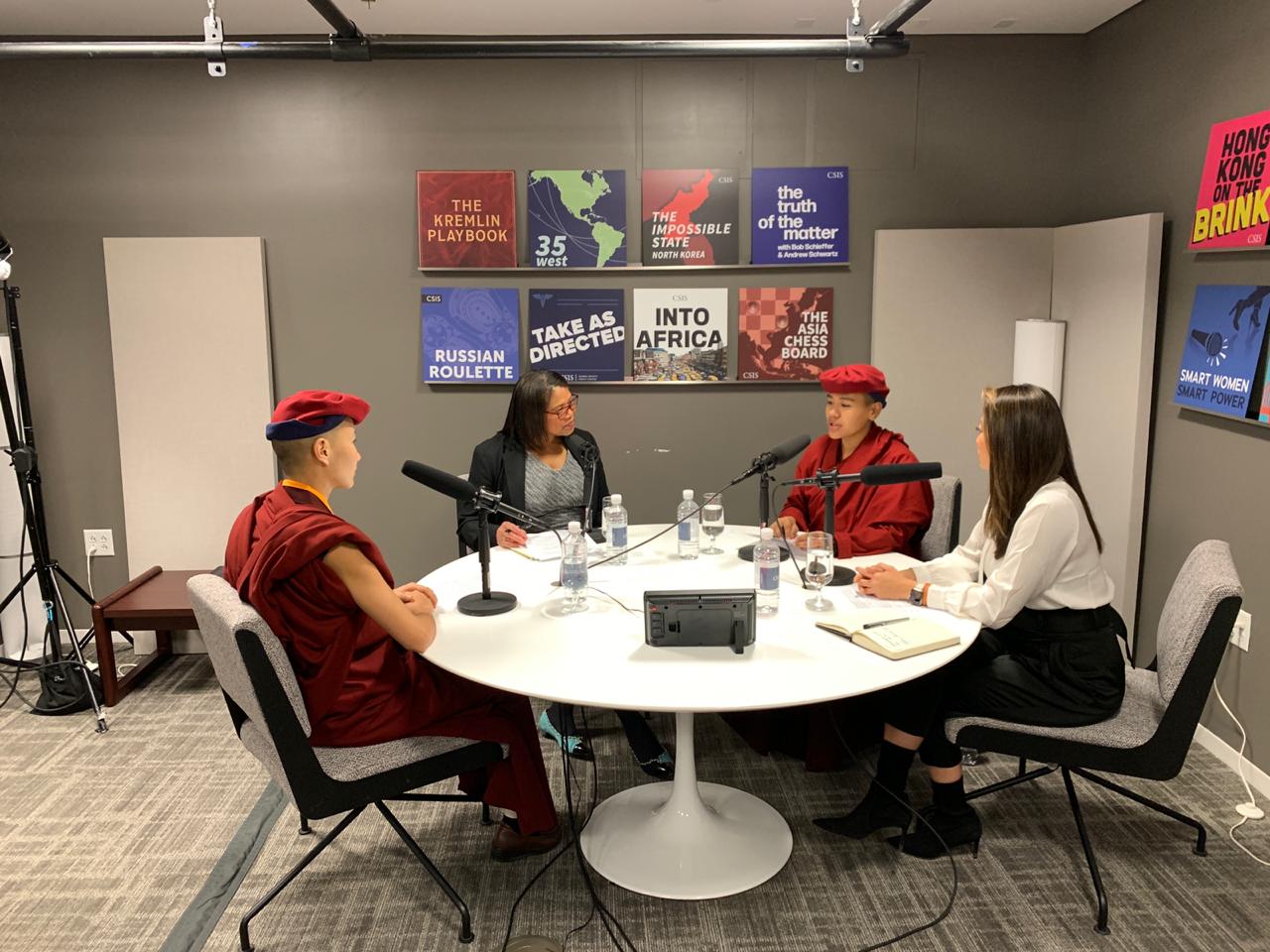 Lindsey Sheppard is a Fellow focusing on emerging technologies and security applications. Her research areas include artificial intelligence, machine learning, defense innovation, and the technology ecosystem. Ms. Sheppard holds an M.S. and a B.S. in aerospace engineering from the Georgia Institute of Technology.

READ - "AI Principles and the Challenge of Implementation" by Morgan Dwyer

READ - "The Age of Leaderless Revolution" by Sam Brannen

READ - "Beyond Baghdadi: The Next Wave of Jihadist Violence " by Seth G. Jones

READ - "Spencer, Trump and the Moral Rot in the SEALs" by Mark Cancian

READ - "The Air Force Digital Century Series: Beyond the Buzzwords" by Morgan Dwyer

WATCH - Rebecca Hersman explains how the international regime must adapt to address the evolving threat of chemical weapons to ensure proliferation and use do not reemerge as features in the global security environment. 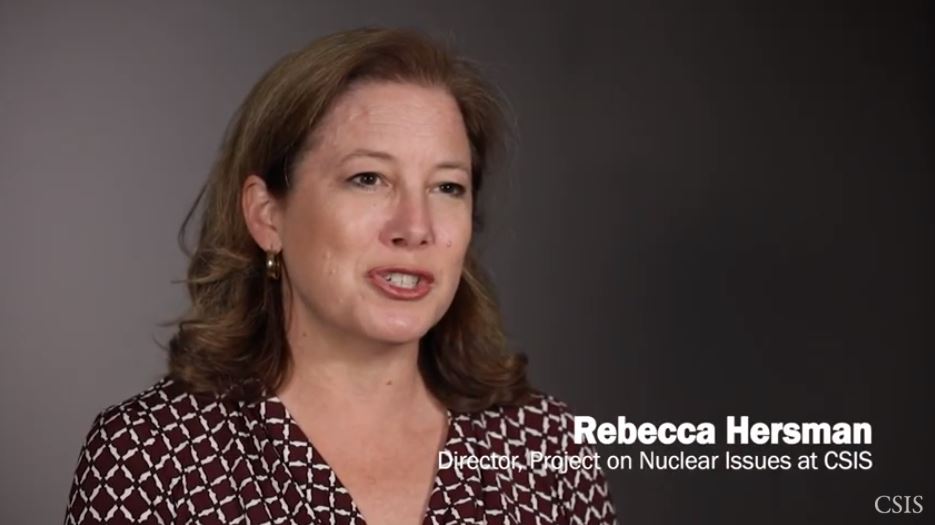 LISTEN - Seth Jones, director of the Transnational Threats Project, joined The Crisis Next Door to discuss the death of Islamic State leader Abu Bakr al-Baghdadi and whether the decapitation strategy employed against jihadist groups is working.

WATCH - Andrew Hunter spoke with Defense News about how the Army is modernizing key units and the status of important programs such as Strykers and air defense. 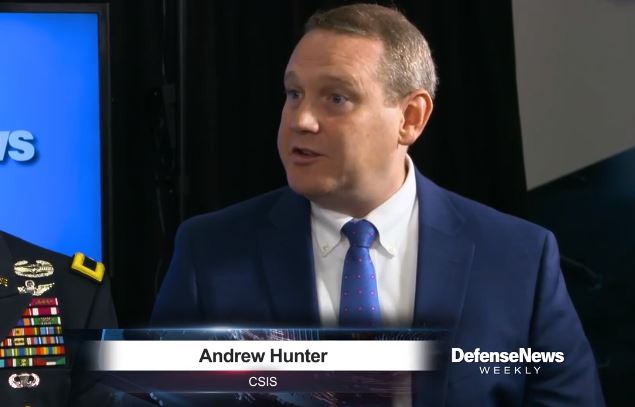 LISTEN - Alice Hunt Friend joined the War on the Rocks podcast to discuss the civil-military affairs in 2019 with host Ryan Evans.

LISTEN - A new episode of the Smart Women, Smart Power podcast features a conversation with Syria Study Group co-Chair Dana Stroul and Commission memberMelissa Dalton. They spoke with host Beverly Kirk about the group's findings, the state of the Syria-Turkey conflict following the withdrawal of U.S. troops, and international influence in the region. Tune in on iTunes and Spotify.

LISTEN - On an episode of The Truth of the Matter, Bob Schieffer and Andrew Schwartz sat down with Seth G. Jones to discuss the U.S raid on Islamic State leader Abu Bakr al-Baghdadi and what it means for the future of the Islamic State as well as its implications on the future relations between the U.S. and the Middle East. Listen on iTunes and Spotify.

LISTEN - On an episode of theSmart Women, Smart Power podcast, guest host Melissa Dalton sat down with Dr. Barbara Burger, president of Chevron Technology Ventures (CTV) to discuss how CTV operates and how its work is impacting communities. They also discussed the importance of STEM education and finding allies. Listen on iTunes and Spotify.

LISTEN - Andrew Hunter joined NPR's All Things Considered to discuss how Amazon is expected to fight the Pentagon's decision on Microsoft for a $10 billion contract.

"It's not just about shooting missiles – you have to have the complete kill chain," Tom Karako said about the use of hypersonic missiles. "You have to know where they are going to go, and you have to hope your target hasn't moved since you pulled the trigger," in The National Interest on November 21, 2019.

When discussing the long-standing Afghanistan war Seth Jones said, "The logic is that the Taliban may be more likely to agree to a peace deal acceptable to the United States and the Afghan government if the Taliban believe they can't win the war in Afghanistan," in USA Today on November 18, 2019.

"This was a very disciplined process and would go on for hours each day. You had to come in and defend your program, and if it didn't fit the army's modernization priorities then its funding was reprogrammed," Mark Cancian said when referring to the Army's Night Court process under the leadership of U.S. Secretary of Defense Mark Esper, in Foreign Policy on November 11, 2019.

In Foreign Policy on November 7, 2019, Melissa Dalton said, "The actual mission and authority under which our forces are operating in northeastern Syria right now is growing increasingly tenuous," about the actions of U.S. forces in Syria. "Following the latest withdrawal and the whiplash of reinserting, by what credibility can we continue to be there?"