It's our pleasure to send you the October Edition of the ISP Brief, the monthly newsletter of the CSIS International Security Program. The ISP Brief features articles and commentary written by our scholars including analysis as published in various media sources (including video and audio highlights) and links to recent events. We hope the newsletter provides you, our readers, a snapshot of the excellent work underway in ISP, and the engaging thoughts of our experts. As always, your feedback is welcome.

International Collaboration in Human Spaceflight: A Conversation with Dr. Jeanette Epps (NASA)
October 29, 2018
The Smart Women, Smart Power Initiative and the Aerospace Security Project welcomed Dr. Jeanette Epps, NASA Astronaut, to CSIS on Monday to discuss her pathbreaking experiences as an astronaut and the importance of international cooperation in space.

Prevent to Protect: From Counter-Radicalization to Disengagement
October 26, 2018
Seth G. Jones, director of the Transnational Threats Program, sat down with Muriel Domenach, Secretary General of France's Committee for the Prevention of Delinquency and Radicalization for a conversation about France's ongoing efforts to counter radicalization and violent extremism.

Defense360 Series: FY 2018 Endgame
October 2018
D360's FY 2018 Endgame series reflects on the strategies and policies outlined by the Trump administration over the past fiscal year and analyzes their impact on the defense sector.

READ - "Defense Buildup: Where Are the Forces?" by Mark Cancian.

READ - "Why We Need a Space Force" by Todd Harrison.

READ - "Why a Space Force Can Wait" by Kaitlyn Johnson.

READ - "The U.S. Strategy in Afghanistan: The Perils of Withdrawal" by Seth G. Jones.

READ - "The Year of the Industrial Base" by Samantha Cohen and Andrew P. Hunter.

READ - "What Can 24 Satellites Do for U.S. Missile Defense?" by Thomas G. Roberts.

READ - "Continuity Is Not Consensus: The Future Nuclear Posture Review" by Rebecca Hersman.

READ - "Be Afraid? Be Very Afraid?—Why the United States Needs a Counterstrategy to China's Belt and Road Initiative" by William C. Pacatte III.

READ - "Competing in the Gray Zone" by Michael Matlaga and John Schaus.

READ - "Leaving the INF Treaty Now Is the Right Call" by Ian Williams.

READ - "From the Ashes of the Nuclear Deal: The Trump Administration's Iran Strategy" by Hijab Shah and Melissa Dalton.

LISTEN - Suzanne Spaulding, Senior Adviser for Homeland Security with the International Security Program, discusses how Russian influence campaigns are impacting public confidence in democratic systems, including the courts and elections, and what the U.S. should do to counter them on the Smart Women, Smart Power podcast.

LISTEN - The sixth episode of Moonstruck features Luca Parmitano, an Italian astronaut and Dava Newman, a professor at MIT and former NASA Deputy Administrator to discuss "The Hand-Me-Down Space Suit."

LISTEN - Ambassador Bonnie Jenkins of Women of Color Advancing Peace and Security interviewed Beverly Kirk about working in journalism, the Smart Women, Smart Power program, and why education is an issue of national security.

LISTEN - Suzanne Spaulding discusses the importance of maintaining public confidence in the security of elections with Nick Holland from Information Security Media Group.

WATCH - Dr. Kathleen Hicks spoke on a panel, "Are the U.S. and China Destined for War?" at the United States Naval Institute, as a part of "The New China Challenge." 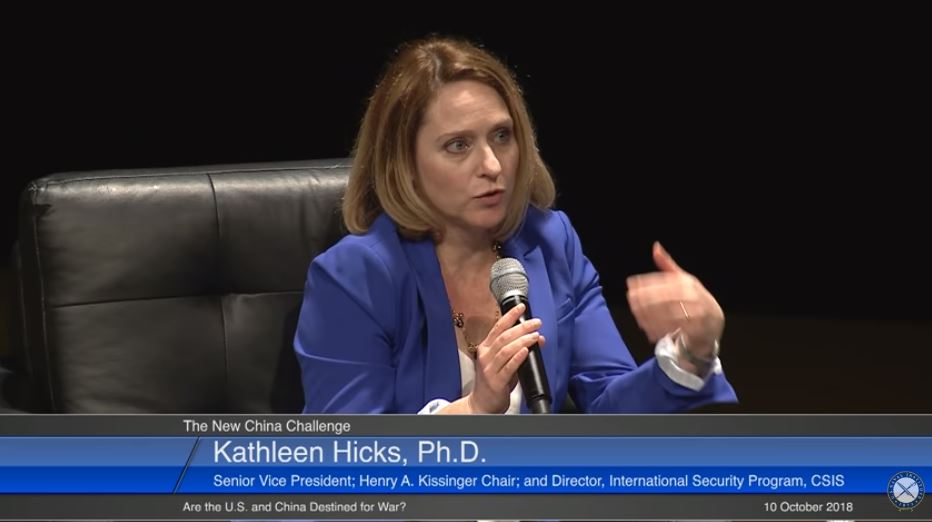 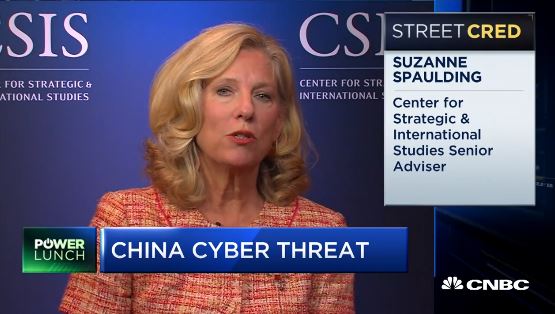 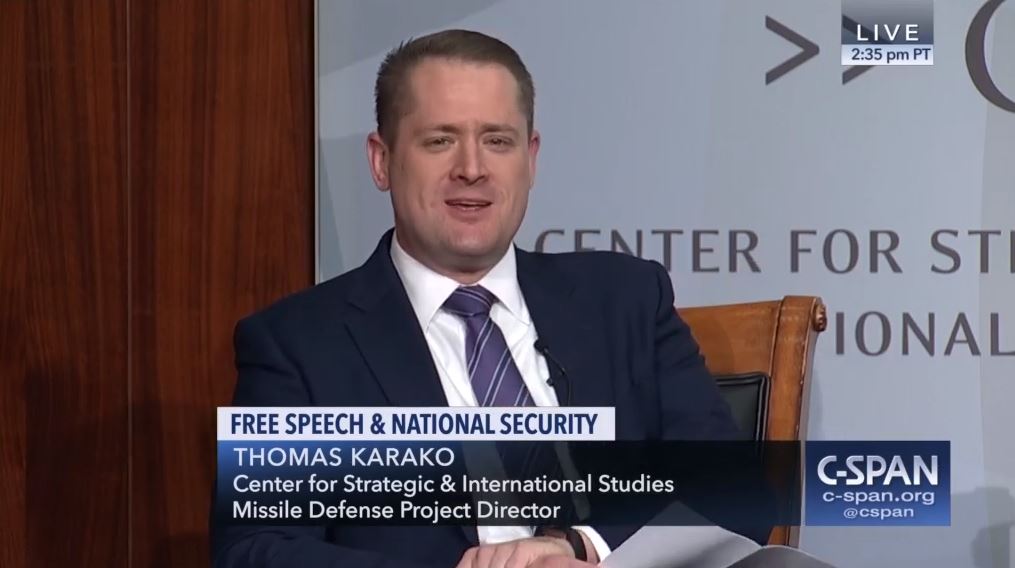 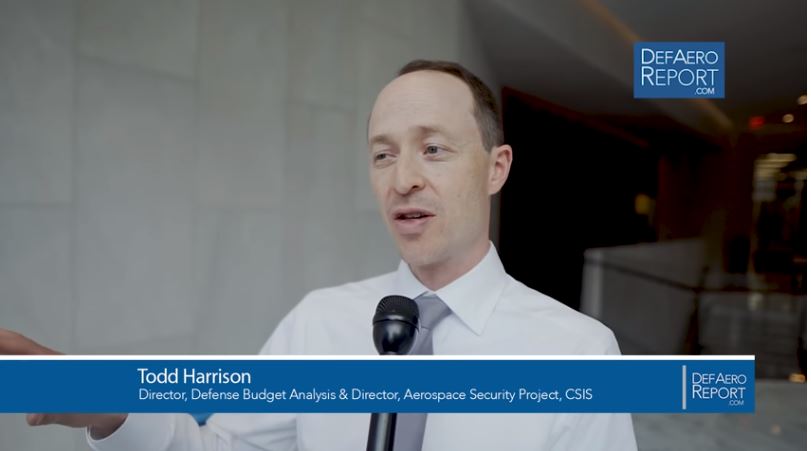 The Protection of Civilians in U.S. Partnered Operations
October 30, 2018

"There really had been some pent-up demand within the Department of Defense for modernization, for training, for maintenance. Now [with] the sudden increase in the budget in fiscal year 2018 and fiscal year 2019, you see some of that pent-up demand being unleashed in the market." -Todd Harrison in The Wall Street Journal on October 25, 2018.

"The absence of an INF may mean it might just be a little bit easier to come up with delivery systems that are not quite so sophisticated that can serve our purposes, but we are not limited by the shackles of the treaty." - Tom Karako in Foreign Policy on October 22, 2018.

"What makes future vertical lift so interesting to me is the fact that we are on the cusp of a generational leap of technology." - Andrew Hunter in National Defense Magazine on October 11, 2018.

"After years of focusing on the international violent extremism, we're starting to see an increase in resources on the threat here at home." - Seth G. Jones in TIME on October 29, 2018.

“The level of public-facing ownership of the US presence in eastern Syria and at al-Tanf is a marked contrast to a year ago. What is less clear is to what end." - Melissa Dalton in Buzzfeed News on October 3, 2018.

"It's deep enough you will have to have cuts across the board, every area will be affected." - Mark Cancian in Stars and Stripes on October 26, 2018.