On December 3, the Korean National Intelligence Service (NIS) reported in closed-door parliamentary sessions  that Jang Sung-taek, uncle of North Korean leader Kim Jong-un, has been removed from his positions and his closest two confidants had been executed last month. No official confirmation has come out from Pyongyang to validate the NIS claims.

A1: Jang Sung-taek has been regarded as the most influential figure in North Korea under the current leader Kim Jong-un. Jang is married to Kim Kyong-hui, younger sister of the late North Korean leader Kim Jong-il, and an uncle to the current leader. Jang was believed to be serving as a regent to the young Kim Jong-un, who assumed power in 2011 after his father’s death. Jang has held positions as the Vice-Chairman of North Korea’s National Defense Commission, head of the Administrative Department, Politburo Standing Committee member, and the Chairman of the State Sports Guidance Commission.

The NIS has not been able to confirm the whereabouts of Jang. His last public appearance with Kim Jong-un was on October 10, where he was at an event celebrating the 68th anniversary of the Workers’ Party of Korea.

Q2: What does the sacking of Jang mean?

A2: It is not clear at the moment.  Jang’s dismissal could be part of a consolidation of the young Kim’s power as he has shuffled or replaced nearly 100 positions, including General Ri Yong-ho in July 2012, who along with Jang were the most influential figures in the Party and the military at the end of Kim Jong-il’s leadership.  The dismissal could also manifest deep ideological and/or patronage battles inside the system that are still not yet fully resolved if the purging reaches the level of someone like Jang.

Two things are clear, however.  First, there is a great deal more churn inside the North Korean system than is popularly depicted in the media, even though Kim appears in control.  Second, the purges of Jang and Ri manifest an ideological hardening under Kim Jong-un.  The building of ski resorts, amusement parks, and the occasional hosting of Dennis Rodman may look like reform, but they mask a deeper ideological rigidity and cleansing of “corrupted” elements at the top levels of DPRK leadership who have benefited from patronage networks and business opportunities with China and others outside of North Korea.  In short, the DPRK under Kim is not softening and reforming, but it is getting ideologically rigid and more dangerous.

What remains unclear is the status of Kim Kyong-hui, the aunt of Kim Jong-un and younger sister of Kim Jong-il. She is the last of the older generation in the Kim family and her role behind the scenes as Jang’s wife has been critical, especially after Kim’s stroke in 2008.

Victor Cha is a senior adviser and holds the Korea Chair at the Center for Strategic and International Studies in Washington D.C. Dana D’Amelio and Andy Lim, interns with the Korea Chair, provided research assistance. 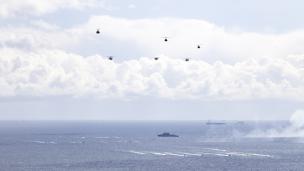 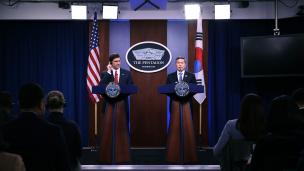 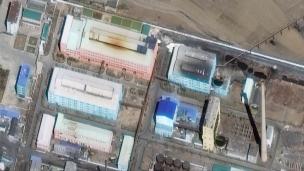