Japan is struggling in the face of a tough and complex crisis involving an earthquake, tsunami, and nuclear plant accident. People are worried about the demonstrated weakness of the government’s response to the triple disasters and how Japan will handle the ongoing nuclear crisis in Fukushima; how Japan’s domestic industrial base and economy will recover from the severe blow it has suffered; and how Japanese political leaders can demonstrate the capacity to manage crises since the people have witnessed a prolonged paralysis at the top since the departure of the last strong leader, Prime Minister Junichiro Koizumi (2001–2006). Criticism of Tokyo Electric Power Company’s (TEPCO) response to the nuclear crisis has also amplified global skepticism about Japan’s crisis management. 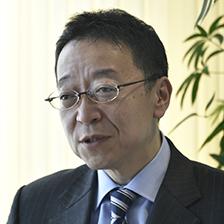 Most Recent From Tsuneo Watanabe