Japan’s Lower House Election: Kishida Gets a Mandate for Now

Japan’s ruling Liberal Democratic Party (LDP) and its junior coalition partner Komeito retained a majority in an election for the House of Representatives (Lower House) on October 31, 2021. This was a major political hurdle for Prime Minister Fumio Kishida, who assumed office less than a month ago, and he must now decide how to allocate this fresh political capital and implement a strategy centered on reviving the economy, strengthening Japan’s defense capabilities, and pursuing a diplomatic agenda based on close ties with the United States and other partners in the Indo-Pacific region.

Q1: What happened in the Lower House election?

A1: The LDP won 189 of 289 single-member district seats and 72 seats in proportional representation (for which 176 seats are allocated in 11 regional blocks). Together with Komeito, the ruling coalition won 293 out of the 465 seats in the Lower House of the Diet (parliament). The main opposition Constitutional Democratic Party (CDP) appealed to voters in some regions and won several closely contested races but secured only 96 seats, short of the 109 seats it held previously. While the LDP lost 15 of the 276 seats it held prior to the election, it retained an absolute majority (261 seats) and control of all 17 standing committees and chairperson posts to advance its legislative agenda.

Some analysts predicted the CDP might significantly increase its share of seats even though it trailed the LDP by a large margin in various public opinion polls. Despite wide differences in policy and ideology, the CDP and four other opposition parties, including the Japanese Communist Party, formed a united front by coalescing around one candidate in the single-seat districts, a tactic that proved effective in some local and by-elections earlier in the year. But in this general election, that strategy became a double-edged sword: the opposition parties managed to win some closely contested races, on some occasions unseating well-known incumbents, but skepticism of the opposition alliance likely prevented a nationwide string of upsets required to unseat the ruling coalition. Rather than choosing parties on the left to punish the LDP, voters appeared to voice frustration with the ruling coalition by supporting Japan Innovation Party, a conservative party based in Osaka that did not join the CDP-led alliance and won 41 seats, a net gain of 30, to become the third-largest party in the Lower House.

Although support for the Kishida government was lukewarm in opinion polls leading up to the election (Kishida’s cabinet approval rating averages just above 50 percent), the voters ultimately opted for continuity under the LDP. This was reassuring to markets and Japan’s diplomatic allies, with stock indexes up across Asia and in the United States after the result came in overnight.

Kishida must now articulate his policy agenda and appeal especially to independent and younger voters who were predicted to favor the opposition but did not turn out in this election. Public messaging will prove critical as the ruling coalition prepares for its next political hurdle in the form of an Upper House election next summer. Under Japan’s constitution, Kishida and the LDP are not required to hold another Lower House election for four years. But if the ruling coalition loses its majority in the Upper House next spring, the opposition parties will be positioned to impede the government’s agenda. So, for now, Kishida has momentum, but with one more big test around the corner.

A2: The top issue on voters’ minds is the economy. Prime Minister Kishida has proposed a “new form of capitalism” focused on income redistribution, but that appears mostly rhetorical. Continuity in economic policy is more likely with an emphasis on fiscal stimulus to cushion the impact of the Covid pandemic, and the government plans to pass a supplementary budget by the end of this year.

The public also expects Kishida to manage the government’s response to the Covid-19 pandemic. The number of cases has decreased significantly in recent weeks, and more than 70 percent of adults are now fully vaccinated. Public approval of the government’s handling of the pandemic increased 16 points to 59 percent in a recent poll. However, some health experts warn of another resurgence as the colder months approach, and Kishida himself cautioned that “we should not be optimistic” about the Covid situation. In addition to securing sufficient medical resources, such as hospital bed capacity and medical personnel, and backing R&D for domestically produced oral Covid treatments, Kishida has proposed to amend laws to strengthen the government’s crisis management authority, which will require political capital.

A3: Kishida is keen on sustaining Japan’s leadership role on global issues and announced shortly after the election that he would head to Glasgow, Scotland, for the UN Climate Change Conference of the Parties (COP 26) summit on climate change. He has also pledged to further Japan’s foreign policy strategy under the Free and Open Indo-Pacific strategy introduced by former prime minister Shinzo Abe, for whom he served as foreign minister, anchored by close ties with the United States and other maritime democracies in the Quadrilateral Security Dialogue (or “Quad”). Kishida has expressed concern about human rights in China and highlighted economic security (the protection of sensitive technologies) as a priority to manage strategic competition with Beijing but will also seek opportunities for diplomacy to stabilize a relationship defined in part by economic interdependence. Potential wild cards include a bid to improve Japan-South Korea relations, an Achilles’ heel in Japan’s foreign policy strategy, or reengage with Russia, but it is not clear how much political capital he can spend on foreign policy initiatives, and he will likely focus first on establishing personal ties with President Biden and bolstering the U.S.-Japan alliance. Indeed, Kishida’s first statement on foreign policy after the election was his intention to visit President Biden as soon as possible.

Kishida could also try to shape Japan’s defense policy debate and raise the potential for Japan to acquire “base counter-strike” (precision strike) capability to address the threats posed by China and North Korea. This is ambitious but will require much better integration of command-and-control structures under the U.S.-Japan alliance. Japan also plans to develop a new fighter jet to replace the aging F-2 and invest in new missile defense capabilities but will have to define priorities amid limited resources despite calls in the LDP to increase defense spending from roughly one percent to two percent of GDP. (Incremental increases are more likely in the near term.) Kishida plans to update Japan’s defense strategy as a means toward that end, though there is some chance the defense policy debate could be crowded out by the economy and other issues in the lead-up to next year’s Upper House election.

A4: Kishida unveiled a vast menu of policy proposals during the election campaign and secured an endorsement from the public that now expects details and execution. The ruling coalition will face another test in the Upper House election next summer and will have to allocate political capital wisely to garner public support. If that hurdle is cleared, there could be another window of political stability under LDP leadership, presenting Kishida an opportunity to deliver economic vitality at home and sustained leadership on the world stage that the United States and the international community have come to depend on. 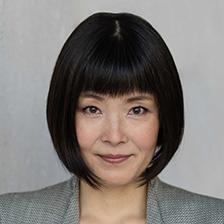