Justice in Ukraine May Be Slow, but Must Be Steady

As videos, satellite images, and eyewitness testimony began to emerge from Bucha this weekend depicting horrific atrocities committed by Russian forces against civilians, Ukrainian president Volodymyr Zelensky vowed that Ukraine would not rest in finding the perpetrators and holding them accountable. The Ukrainian government, UN bodies, and human rights organizations began the grim task of collecting and preserving physical evidence and witness testimony for eventual use in criminal trials or other forms of accountability.

Less than 2,000 kilometers away, a picture of what that accountability could eventually look like—and how long it might take—simultaneously began to emerge. On April 5, the first trial began at the International Criminal Court (ICC) of a defendant facing charges for his role in the genocide in Darfur that began nearly 19 years earlier. Ali Muhammad Ali Abd-Al-Rahman, more commonly known as Ali Kushayb, is a Janjaweed militia leader accused of 31 counts of war crimes and crimes against humanity. He surrendered himself to the ICC in June 2020—13 years after it had issued a warrant seeking his arrest. Eighteen months later, his trial has finally begun.

Holding perpetrators criminally accountable at an international tribunal requires the alignment of at least three important components: sufficient evidence of a serious international crime, a court with jurisdiction to prosecute, and a defendant to stand trial. It is this last requirement that has delayed justice in Darfur, and this requirement will likely do the same in Ukraine.

Those seeking accountability for crimes in Ukraine have several important advantages over other cases investigated by the ICC. To start, prosecutors should have little difficulty establishing that war crimes—and possibly crimes against humanity—have been committed in Ukraine. Ukrainians, alongside international journalists and nongovernmental organizations, have been relentlessly documenting atrocities as they have occurred, and their photos and videos have been widely shared on traditional and social media platforms. Multiple organizations—public and private—are collecting this information, including metadata and other contextual information to facilitate its use in criminal trials, consistent with the Berkeley Protocol on Digital Open Source Investigations. Millions of refugees who have reached relative safety across Europe are available to provide witness testimony. And perhaps most critically, unlike in Darfur, prosecutors have the cooperation of the Ukrainian authorities, which will facilitate access to crime scenes and survivors still inside Ukraine. 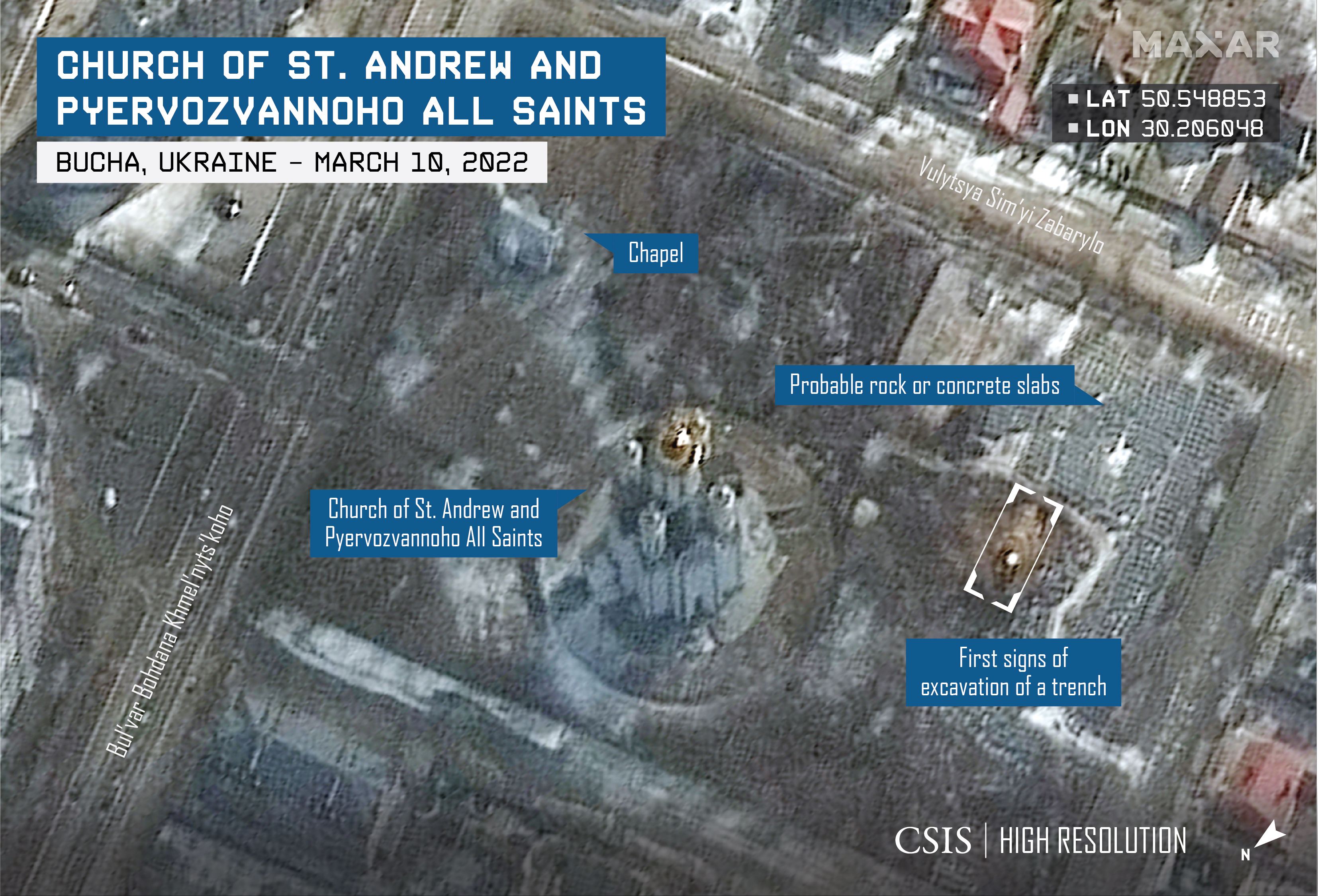 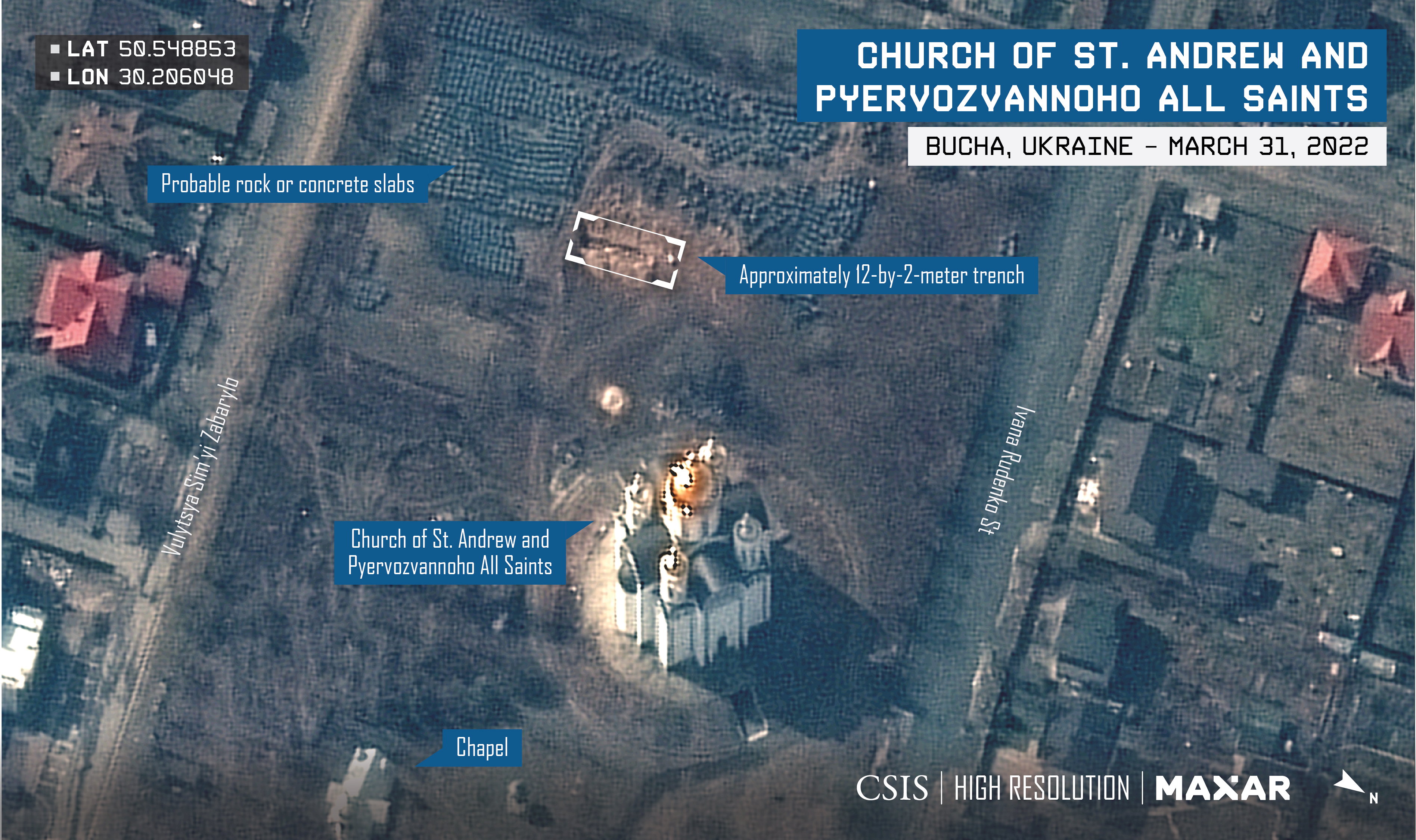 Some specific war crimes charges—particularly those associated with Russia’s aerial bombardment of civilians and civilian infrastructure—require additional elements of proof. In order to demonstrate intentional or disproportionate targeting of civilians, prosecutors will need like-minded governments to share information about Russia’s military strategy and tactics, civilian and military command structures, and weapons systems, and as much as possible, declassify any available intelligence about Russian decisionmaking with regard to specific incidents and attacks. But the graphic evidence emerging from Bucha and elsewhere of extrajudicial killings, including of children, leaves no doubt about the nature of crimes committed as part of the Russian ground campaign.

There will also be no shortage of venues to prosecute these crimes. Ukraine itself has every right to prosecute those responsible for atrocities in its domestic courts, and, under the principle of complementarity, has first priority to conduct such trials if it is willing and able to do so. Ukraine has also granted the ICC jurisdiction to investigate crimes committed in its territory, despite not being a member of the Rome Statute, and the ICC prosecutor has already opened a full investigation into war crimes and crimes against humanity. The United States and others have indicated they will provide resources to support the investigation, and the prosecutor has already made his first trip to Ukraine (he was visiting Lviv on the day of the Mariupol Drama Theater bombing). Under the principle of universal jurisdiction, other countries can also prosecute individuals responsible for war crimes or crimes against humanity, and multiple countries, including Germany, Lithuania, Sweden, and Spain, have opened their own investigations. Other quasi-legal investigations are also underway, including a Commission of Inquiry by the UN Human Rights Council. If anything, investigators will have to be careful not to duplicate efforts—not only for the sake of efficiency, but to avoid re-traumatizing victims, who should not have to repeat their testimony to multiple researchers.

It is the third leg of the stool—securing defendants to stand trial—that will pose the biggest challenge to international justice in the case of Ukraine. As was the situation in Darfur for most of the last 19 years, prosecutors will receive no support from the home state of those accused of crimes—in this case, Russia—to unearth information about perpetrators or make arrests. To secure defendants for trial, therefore, one of three situations will need to occur: individuals credibly accused of crimes are captured on the battlefield in Ukraine, accused individuals travel to countries outside Russia where an arrest can be made, or a change of government or policy shift takes place in Russia that facilitates the handover of defendants for trial. It is this last situation that appears to have led Ali Kushayb to surrender himself to authorities in 2020, fearing that the new transitional government in Sudan would arrest him for his past crimes, and what also led to the arrest and transfer of Slobodan Milošević to the International Criminal Tribunal for the former Yugoslavia in 2001.

To facilitate the arrest of suspects wanted by the ICC and minimize attempts to evade justice, the ICC prosecutor has the option to issue arrest warrants under seal, disclosing the arrest warrant only when the suspect is in a position to be arrested. The prosecutor has used this strategy in cases in the Democratic Republic of the Congo, Central African Republic, and Libya, and could do so in Ukraine, particularly if he suspects that some accused Russian officials may continue to travel to ICC member countries in the future. Under the Rome Statute, the ICC’s 123 member states are obligated to arrest and surrender suspects wanted by the ICC if they travel to their territory, though they have not always fulfilled their obligation to do so.

None of these circumstances are likely to occur in the near future. It is unlikely that many senior Russian military officials will be captured in battle, and Russian officials will be careful with their travel schedules for the foreseeable future. Any change in the Russian government could take even longer. The fastest path toward accountability for these atrocities is for Ukraine’s allies in the United States, Europe, and around the world to ensure it has the resources to defeat the Russian invasion, and then to be patient and relentlessly persistent in efforts to identify, track, and arrest perpetrators, even long after the conflict subsides. The victims of these despicable crimes deserve no less.

Marti Flacks is the Khosravi Chair in Principled Internationalism and director of the Human Rights Initiative at the Center for Strategic and International Studies (CSIS) in Washington, D.C.