The visit of President Andres Manuel López Obrador, known as AMLO, to Washington in early July surprised most outside observers both in that it occurred at all and that the relationship between the Mexican president and President Trump is cordial. The justification for the visit was the entry into force of the United States-Mexico-Canada Agreement (USMCA). While critics proclaim it light on substance, the visit was no such thing, and in fact it may prove to be a pivot point for the bilateral relationship and for Mexico in the medium term.

While the visit and its meetings seemed quickly planned, the conditions that allowed it to occur were deliberately constructed by both sides over a period of nearly two years. The quiet diplomacy between the unlikely partners, Trump and AMLO, began within days of AMLO’s election in July 2018. Secretaries Pompeo, Mnuchin, and Nielsen—and Jared Kushner—visited Mexico City in what was an unusual, if not unprecedented, triple-cabinet display of support for the president-elect of Mexico. These meetings kicked off a period of quiet conversations and old-fashioned diplomacy designed to bridge the gaps between the two countries. Rhetoric on the U.S. side slowly evolved. Challenges were faced, constructively.

That diplomacy created the conditions for Trump and AMLO to find common ground and to defy the odds by revising their long-held views and reaching an agreement on the USMCA. It bears recalling that it would be hard to find two politicians in the United States or Mexico who had been more consistently critical for years of the USMCA’s predecessor, the North American Free Trade Agreement, than Trump and AMLO. The fact they closed the deal on the USMCA in record time, securing strong, bipartisan support in the United States, with much of the heavy lifting done by AMLO’s predecessor in an opposition party, is no small feat. There was good reason to celebrate.

The presidential visit also reaffirmed the importance and depth of the North American relationship and that it is firmly in the interest of the United States to see Mexico succeed. These affirmations were driven in part by the reality, in plain sight because of the effects of the global pandemic, of the integration of the United States’ and Mexican economies.

In addition to the devastating loss of human life, the global pandemic has caused disruptions of supply chains all over the world, and on the North American continent. For any observer who did not fully comprehend how integrated the two economies are, and how significant the economic relationship is, the pandemic was indeed eye-opening. It is one thing to recite statistics—that the United States and Mexico trade over $600 billion a year and Mexico is now the United States’ top trading partner—and quite another to realize during the pandemic that certain products cannot be assembled for sale, and companies may have to lay off workers in the United States as a result, when inputs from Mexico are not forthcoming. This fact quickly captured the imagination of policymakers at the federal, state, and local levels and reinforced the singular importance of the bilateral relationship with Mexico to the prosperity of the United States. The private sector response on supply chains was swift, as both governments were on the receiving end of private sector calls to align pandemic responses more closely and ensure essential sectors on both sides of the border could continue to operate in a way that made sense and with extensive health and safety protocols in place to protect workers.

The voice of the private sector carried into the AMLO visit via a business dinner, which would have seemed routine in past administrations but was anything but in the current context. It featured CEOs and high-level business executives from both countries. Few could have imagined such a dinner even six months ago as questions began to emerge about Mexican regulatory policies and the government’s approach to business issues across many sectors. At the dinner, participants reportedly discussed how the United States and Mexico can improve business climates and attract foreign investment. This conversation came not a moment too soon, as tensions intensify between the West and China and as businesses around the globe take a hard look at their global footprints.

Businesses already operating in Mexico and those contemplating supply chain shifts away from Asia should pay close attention in the coming weeks and months to Mexico, following the Washington visit. While President Trump would clearly like to incentivize shifts of critical supply chains to the United States, an implicit takeaway of the AMLO visit is that Mexico, too, could position itself as a beneficiary and that the United States recognizes that shifts to Mexico are also in the United States’ interest.

The AMLO visit came as Mexico is reaching an inflection point, facing a historic economic contraction of about 10 percent this year. But at the same time, Mexico has an opportunity to quickly reverse economic losses by taking steps to improve its investment climate to attract this potential surge in foreign investment. To receive new foreign investment and the economic growth and job creation it would bring, however, Mexico must choose to and take actions that allow it. The USMCA is a necessary, but alone not sufficient, step toward attracting supply chain shifts should they occur.

What will be in order from Mexico is modifications of both symbol and substance. Symbolic steps will be critical to send the right signals, starting by taking a more collaborative approach with the private sector. The private sector dinner in Washington was also a good start and will have marked a turning point if Mexico decides to build on it. Recent talks between the government, unions, and the private sector over Mexico’s proposed pension reform seemed a positive indicator of what may be possible when the sides align for common purpose.

Substance will also be needed. Investors will surely be looking to see if the Mexican government will reassure them that it will play by the rules, not move the goalposts, not overturn past reforms, and not take steps that penalize foreign investment. Anti-corruption efforts in Mexico, long overdue, should not only target the political opposition, but root out corruption anywhere it lives.

President Lopez Obrador campaigned as a champion for Southern Mexico and pledged to help those left behind by globalization to improve their lot. This is a high calling and despite the current adversity brought on by the pandemic, geopolitical shifts are providing an opening that could allow his government to do just that. Trump and AMLO showed us the art of the possible with their unlikely meeting in July. The reaffirmation by the two leaders that we are, truly, all in this together makes all the more significant the choice facing Mexico’s leaders today. Indeed, the continued success of the bilateral relationship may depend on it.

Kimberly Breier is a senior adviser (non-resident) with the Americas Program at the Center for Strategic and International Studies in Washington, D.C. 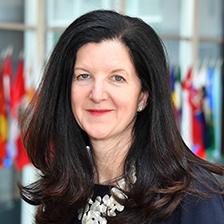 Most Recent From Kimberly Breier

A Country that Matters all Day, Every Day
War on the Rocks | Ambassador Martha Barcena and Kimberly Breier
June 4, 2021
Commentary 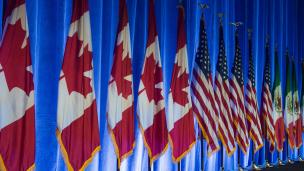 Getting U.S. Policy toward Mexico and Canada Right
By Kimberly Breier
December 9, 2020
View all content by this expert