The Laws of Diminishing Democratic Returns: The Case of Greece

It is hard to believe that it was only nine months ago that Greece enjoyed a robust primary budget surplus, positive GDP growth for the first time in years, and was negotiating with its creditors to exit from its €240 billion bailout early without an emergency line of credit. That was Greece two elections ago; since then two national votes have dramatically altered the Greek economic and political landscape.

The first vote was a snap election that catapulted the populist and antiestablishment Syriza party and its charismatic leader, Alexis Tsipras, into power on January 25 on the promise of cancelling Greece’s international bailout and ending its painful austerity program. Tsipras became the seventh Greek prime minister since 2009. Within six months, Greece had imposed capital controls, Greek banks were in urgent need of recapitalization, and the Greek economy had contracted by 0.2 percent in the first quarter.

The second was a national referendum held on July 5, where 60 percent of the Greek people said “oxi” or no to a third and more punishing bailout program. Only days later, Prime Minister Tsipras agreed to the most harsh and restrictive program ever to be imposed on a European nation. The new 29-page memorandum ends early retirement and slowly increases the retirement age to 67, liberalizes its energy and pharmaceutical sectors, and increases taxes for shipping firms and Aegean Islands—all measures that the Tsipras government has previously rejected.

This begins to make you wonder if there isn’t a diminishing return to holding elections in Greece. The more elections they have, the seemingly worse off the country becomes economically. With this in mind, on Sunday, September 20, the Greek people will head again to the polls—the third time this year—to vote for a new Greek government.

Why another Greek election after only eight months? Prime Minister Tsipras’s bailout brinkmanship and ultimate 180 degree turn set the stage for this period of political turbulence. Tsipras was forced to confront widespread dissent within his own Syriza party after the Greek parliament approved 35 required “prior actions” on austerity without the support of a number of Syriza parliamentarians. In fact, Tsipras was only able to muscle the measures through parliament thanks to the support of opposition parties. Vote after unpopular vote caused the Syriza party to split into two, which motivated Tsipras to dissolve the Greek parliament on August 20 with the hopes that a fresh election would consolidate his support base and restore his parliamentary majority.

But one of the greatest effects of the law of democratic diminishment is the rule of unpredictability. Prime Minister Tsipras appears to have miscalculated that his tough stance against Greece’s creditors —which made him quite popular—would insulate him from political backlash for his broken promises and economic blunders. There is also the law of unforeseen events, as illustrated by Syriza’s recent (and first) high-level corruption scandal last week. Alekos Flambouraris—a man close to Tsipras who previously served as minister for coordination— has been accused of a conflict of interest between his government position and his ongoing relations with Greek financial interests. As Syriza’s campaign has relied heavily on its clean track record and its complete break from the old and corrupt Greek political elite, such accusations may impact Syriza’s antiestablishment credibility. Accordingly, Tsipras’ popularity has taken a massive hit over the past three weeks, falling from a high of 75 percent in April to just over 25 percent in August.

There is another, more practical challenge to holding Greek elections: you must return to your birthplace to vote. For many Greeks, this is a difficult and costly trip. Apathy turns difficult into not worth the trouble, and capital controls makes any extra cost seem unreasonable. Voter turnout for this election may be very low, making current polling more unpredictable than usual (which is already highly unpredictable).

With that said and looking at the polls, we have a tied race with no party achieving a majority. The center–right New Democracy party is statistically tied with Syriza, polling at 30 percent and 29.5 percent respectively. The very brief campaign has not been about the future direction of Greece but rather it’s past. Tsipras accused New Democracy party leader Evangelos Meimarakis of representing “the backwardness and corruption, vested interests and scandals” of the old political establishment, to which Meimarakis replied by calling Tsipras “the prime minster of the 60 euros,” recalling his decision to impose capital controls.

The unpredictability law is now fully in force as this election is set against the backdrop of a dire immigration crisis that has dramatically impacted Greece. More than 228,000 migrants have entered the European Union through the Eastern Mediterranean (many of whom are refugees fleeing Syria), straining the national budget at a time of intense economic uncertainty and heightening nationalist and anti-immigrant sentiments in society. This particular form of unpredictability has fueled the popularity of the neo-Nazi and anti-euro Golden Dawn party, which is currently in third place with 6.5 percent. Some analysts forecast that the party could pull as much as 10 percent of the vote. Should Golden Dawn exceed expectations, it would become a powerful force in the parliament. The other political parties, Popular Unity (the Syriza splinter group), as well as the center-left parties To Potami (the River) and PASOK, all hover around 5 percent each. A significant percentage of voters remain undecided.

It is likely that the next Greek government will be forced to rule as a coalition. Prime Minister Tsipras has announced that he would refuse to go into coalition with New Democracy, To Potami, or PASOK, although in reality he may be faced with no choice but to do so. By contrast, New Democracy has gained traction with weary Greek voters by promising to cooperate with Syriza to restore some semblance of stability to Greek governance. Even if a solidarity government is formed, the deep divides and mistrust between parties suggest that it will be difficult for the next prime minister to live up to the terms of Greece’s bailout package. In fact, Tsipras has campaigned that he will work to reduce the severity of the bailout measures.

This is what worries Greece’s creditors. Eurozone negotiators mandated that the disbursement of Greece’s funding from its third bailout would be entirely conditional upon its full compliance with its bailout terms. Following approval by eurozone parliaments in late August 2015, approximately €25 billion was disbursed to Greece’s creditors in order to recapitalize Greek banks and to pay state contracts that have been in arrears. But the release of the remaining €62 billion is entirely conditional on Greece’s ability to begin implementing its reforms. This uncertainty also poses important questions about the future of the International Monetary Fund’s involvement in the Greek bailout, as well as the potential for future Greek debt relief, although some reports have suggested that the European Union may cap Greece’s debt servicing costs at 15 percent of GDP annually.

Should Greece fail to secure the remaining funds and future debt forgiveness, the country will inevitably fall back into a full-scale financial crisis. This time, however, Athens may not be able to count on its European partners to support future bailouts. The taboo against speaking of a “Grexit” was broken when German finance minister Wolfgang Schauble suggested that Greece take a temporary hiatus from the eurozone. Whether simply a negotiating tactic or not, the damage was done. After five years of supporting Athens without sustainable reform progress, European leaders (and publics) may opt to let Greece find its own way.

Finally, the law of diminishing democratic returns does not apply to Greece alone. Alexis Tsipras is being joined in Greece prior to the election by Pablo Iglesias, the leader of the antiestablishment, far-left Podemos in Spain, as well as the leader of the far-left, German Communist party, Die Linke. Popular support for these groups has closely corresponded with Syriza’s perceived success in Greece, particularly in Spain where national elections will be held before December 20.

We will see if the law of dimensioning democratic returns will apply on September 20 and perhaps to other eurozone members as well.

Heather A. Conley is senior vice president for Europe, Eurasia, and the Artic and director of the Europe Program at the Center for Strategic and International Studies (CSIS) in Washington, D.C. James Mina is a research associate with the CSIS Europe Program.

Online Event: Enhancing Security in the High North
June 4, 2020
In the News

How Viktor Orban turned a century of Hungarian history into a secret weapon
Washington Post | Heather A. Conley
June 3, 2020
Commentary 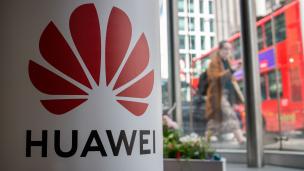 The United Kingdom’s Policy U-Turn on Huawei
By Heather A. Conley
June 1, 2020
Commentary

Responding to a Pandemic, Putin Trades Russia’s Future for His Own
By Cyrus Newlin, Heather A. Conley
May 27, 2020
On Demand Event

Covid-19 May Encourage a No-Deal Brexit
By Heather A. Conley
May 7, 2020
Commentary

Covid-19 and the Search for an Ambitious EU Recovery Fund
By Donatienne Ruy, Heather A. Conley
May 1, 2020
View all content by this expert