Leaving the INF Treaty Now Is the Right Call

Recent statements by President Trump and National Security Adviser John Bolton indicate the United States may soon withdraw from the 1987 Intermediate-Range Nuclear Forces (INF) Treaty. The INF Treaty was a landmark achievement in arms control, eliminating nearly 3,000 nuclear delivery vehicles from U.S. and Soviet arsenals. Originally concluded between the United States and the Soviet Union, the treaty banned the flight testing and deployment of ground-launched ballistic and cruise missiles with ranges between 500 and 5,500 kilometers.

This class of missile was viewed as uniquely destabilizing—weapons with short flight times, little to no early warning, but with all the destructive power of nuclear intercontinental ballistic missiles. It was, after all, the Soviet Union’s deployment of intermediate-range missiles to Cuba in 1962 that brought the world closer than ever to a nuclear war.

Yet much has changed since President Reagan and Premier Gorbachev concluded the agreement more than 30 years ago, and the United States is more than justified in its choice to walk away from it today. And while the abruptness of the administration’s announcement carries with it some undesirable short-term consequences, U.S. security will benefit in the long run.

Foremost, Russia has been in material breach of the INF Treaty for at least four years. In July 2014, the Obama administration publicly accused Russia of violating the treaty by testing a new cruise missile, likely a ground-launched version of the SS-N-30A sea-launched “Kalibr,” which U.S. intelligence has designated the SSC-8. Since 2014, Russia has made no effort to come back into compliance. Rather, Russia has doubled down by producing and deploying entire battalions of these new weapons. Russia has also tested a newer ballistic missile at a range just above 5,500 kilometers, complying with the letter of the treaty, but certainly not the spirit.

It is also worth considering that even these reports may fail to reflect the entire scope of illegal Russian INF activity. Indeed, most of the INF Treaty’s formal inspection protocols expired nearly two decades ago. Today, the United States relies mostly on overhead surveillance and other means of espionage to ensure treaty compliance. While these methods have succeeded in detecting Moscow’s material breaches, it may remain difficult to assess the full extent of Russia’s new intermediate-range missile force. The SSC-8 launcher, for example, is similar to other Russian INF-compliant cruise missile launchers, making them hard to distinguish using satellite imagery alone.

Considering these developments, it makes little sense for the United States to remain in a bilateral treaty that has only one compliant party. Simply keeping the INF Treaty artificially inflated in perpetuity only provides a unilateral restraint and waters down U.S. expectations of treaty partners across the board. The United States, after all, may one day wish to engage China in arms control. Should the United States continue to keep INF on life support in the face of clear Russian duplicity, what lesson might China (or others) draw?

Some have argued, both from the political left and right, that the United States should keep INF afloat while trying to compel Russia to one day return to compliance. This approach has been ineffective to date, and a path to success in the near future looks doubtful. Congress has imposed economic sanctions aimed at bringing Russia back into INF compliance. Russia has proven defiant in the face of sanctions, as shown by its unwillingness to budge over its annexation of Crimea and war on Ukraine and biting sanctions that resulted. Some security analysts suggest that the United States could give concessions to Russia in exchange for its return to the treaty, such as giving up one or both U.S. Aegis Ashore missile defense sites in Romania and Poland. This would be especially dangerous, however, as it would devastate the credibility of U.S. security commitments on the North Atlantic Treaty Organization’s (NATO) eastern flank. It would also encourage Russia to continue using its weapons program to extract further concessions.

Another angle that the U.S government has taken is to pursue research and development of its own intermediate-range missiles to counterbalance Russia. This perhaps holds the most promise; history shows that Russia is most interested in arms control when it feels like it is falling behind. The Pentagon has indeed been considering several potential systems it could deploy in a post-INF world, albeit with no real funding behind them. In any case, the United States cannot conduct a fully-fledged program while remaining in the treaty, which forbids flight testing.

Even with all of the above carrots and sticks in place, it remains uncertain whether Russia would ever return to the treaty. The political environment is, after all, quite different today than in 1987. For one, Vladimir Putin is not Mikhail Gorbachev. Where Gorbachev sought avenues for rapprochement with the West, Putin remains distrustful and thrives politically off of East-West antagonism.

The strategic environment and state of technology have also changed a lot over the past 30 years. The INF Treaty was signed to remove the large number of relatively inaccurate nuclear-tipped ballistic missiles flowing into Europe in the 1980s. These are not the same kinds of weapons we see Russia embracing as it has chipped away at the INF Treaty. What we see is Russia deploying long-range conventionally-armed cruise missiles that employ satellite navigation to precisely target military targets and critical infrastructure. These are not weapons of mass destruction like those the INF Treaty sought to dismantle.

Russia’s new long-range cruise missiles nonetheless present some unsettling scenarios for NATO military planners, who envision Russia using them to stymie a NATO military response to Russian aggression by cutting off critical command and control nodes, logistical hubs, and air bases deep within NATO territory. Their long-range furthermore allows them to fire from well within Russian territory, making it harder to track and destroy them before they can launch. Although the INF Treaty permits intermediate range missiles launched from the sea or air, Russia remains seriously outmatched by NATO in these domains.

Only through resilient land-based forces can Russia feel confident in the viability of its precision strike complex. Deploying missiles on land is also considerably cheaper than placing them on expensive ships, submarines, and aircraft. It is these qualities that make Russia so attracted to these forces and therefore loath to give them up, treaty or no. For the United States to continue to cling to the INF Treaty in hopes that Russia will come back will most likely result in more months, or even years, of doing the same but expecting a different result.

The dim chances of getting Russia back into compliance notwithstanding, pulling out of INF gives the United States more flexibility to address the growing military threat from China. China was never a party to the treaty, and the majority of its long-range strike forces are medium or intermediate-range missiles. China can build these forces cheaply and use them to threaten U.S. bases and allies in the Western Pacific. U.S. strike capabilities must be delivered with expensive ships and aircraft, limiting the quantity and promptness of U.S. firepower that U.S. military can bring to bear early in a conflict.

To be sure, the timing of President Trump’s withdrawal announcement was abrupt, and the rollout could have been smoothed by greater consultation with allies. The United States would certainly have benefited from a presenting a more united front among NATO allies to accompany the announcement.

Yet these ruffled feathers will probably smooth over quickly. Few today, for instance, still lament the 2002 U.S. withdrawal from the 1972 Anti-ballistic Missile Treaty, despite opposition from Europe. Since then, missile defense has been adopted as a core mission of the NATO alliance. For INF, there is still time to garner greater support among the allies and coordinate a cohesive strategy for NATO post-INF Treaty.

Despite these near-term challenges, walking away from the treaty now will, in the long run, enable the United States to more affordably strengthen the defense of its allies and overseas forces and demonstrate that it takes arms control obligations seriously.

Ian Williams is a fellow with the International Security Program and associate director of the Missile Defense Project at the Center for Strategic and International Studies (CSIS) in Washington, D.C. 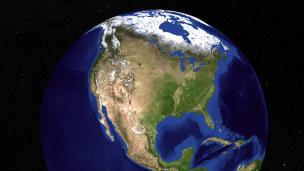