After 13 months of political stalemate in Lebanon, Najib Mikati announced the formation of a government at the presidential palace on Friday, September 10, 2021. Mikati will lead a government of 24 ministers, which has won the backing of President Michel Aoun and Speaker of Parliament Nabih Berri.

Q1: Why did a government form after more than a year?

A1: Lebanon’s crises overwhelmed politicians’ reluctance to compromise. After decades of relative prosperity, three-quarters of Lebanon’s population now lives in poverty, the state is able to provide electricity for less than two hours a day, and there are widespread shortages of medicines, fuel, and food. The World Bank has described Lebanon’s economic collapse as one of the three worst crises anywhere in the world since the mid-1800s.

One of the main obstacles to government formation was the insistence of Gebran Bassil to maintain a “blocking third” of ministers. Bassil is a leader of the Free Patriotic Movement and the son-in-law of President Aoun. Although he is Christian, his party is generally aligned with Shi’a-led Hezbollah. If Bassil and his allies controlled a third of cabinet positions, Bassil could effectively veto cabinet decisions and threaten to bring down the government as leverage to advance his political ambitions. He does not seem to have secured this veto power, as two of the Christian ministers are independents not aligned with Bassil or his allies. Pressure from Hezbollah and Iran may have convinced him to abandon these demands, as Lebanon’s crises are beginning to bite even for Hezbollah’s base.

A2: The new government will not satisfy Lebanese who have demanded change. Lebanon has had street protests since October 2019. Many protestors are calling for an end to the endemic corruption of the political system, and a growing number have protested the ongoing sectarian basis of Lebanese politics, which distributes political power based on the 1932 census. Lebanon’s system, refined in a 1989 agreement that ended the country’s civil war, has the effect of rewarding sectarian leaders, who in turn seek to secure spoils for the narrow group they represent. Although there are a few well-respected and independent figures in the new line-up, many are familiar faces who have been the target of past protests. Mikati is a billionaire who was previously accused of corruption, the finance minister is an architect of the central bank’s controversial policies that many believe precipitated the financial crisis, and other key ministers are affiliated with major political parties. Just 1 out of 24 ministers is a woman.

However, some Lebanese will be relieved that the country finally has a government that can attempt to tackle Lebanon’s many crises and hope it will manage to keep the country afloat until the scheduled parliamentary elections next May.

Q3: What are the immediate effects of government formation?

A3: News of the government formation caused the Lebanese lira to strengthen from 19,000 to 15,000 against the dollar, immediately increasing the purchasing power of the poorest Lebanese. The government formation will also unlock hundreds of millions of dollars in loans from the World Bank and International Monetary Fund (IMF), and humanitarian assistance from international donors. Some of this aid will be disbursed to the poorest Lebanese families through a new ration card program. The government will also be able to restart negotiations with the IMF for a larger bailout, which stalled after the previous government collapsed.

Q4: What are the longer-term challenges?

A4: The government’s immediate focus will be economic stabilization rather than reform. With only nine months until the next round of parliamentary elections (which he has promised to hold on time), Mikati faces tight deadlines. One of Mikati’s priorities is lifting government subsidies on basic goods. Doing so will help secure the treasury but threatens to plunge vulnerable Lebanese into deeper poverty. Mikati also needs to find an equitable way to distribute losses in the financial sector. Few have faith that the finance minister, a former central bank official, will do so.

Mikati’s government is likely to secure international support but will have to navigate tricky terrain. Hezbollah has two ministers in the new government, and Hezbollah’s inclusion will stymie cooperation with the United States and European Union. Iran’s presumed influence in the new government will also discourage Arab Gulf states from resuming aid to Lebanon. Mikati will have to navigate Hezbollah’s domestic strength while persuading international actors of his government’s independence from Hezbollah. He is likely to seek to persuade Western states that Hezbollah will have even more power in the country if Lebanon collapses.

Will Todman is a fellow with the Middle East Program at the Center for Strategic and International Studies in Washington, D.C.

Lebanon, One Year Later
The Dispatch | Emma Rogers
August 4, 2021
In the News 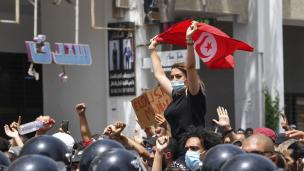 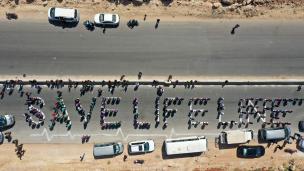 The UN Vote on Aid in Syria
By Natasha Hall, Will Todman
July 12, 2021
Report

Sustainable States: Environment, Governance, and the Future of the Middle East
By Jon B. Alterman, Natasha Hall, Will Todman
May 18, 2021
Report

Lessons Learned from a Decade of Humanitarian Operations in Syria
By Natasha Hall, Will Todman
April 22, 2021
Commentary 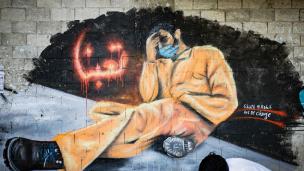 Navigating Collapse in Lebanon’s Covid-19 Response
By Will Todman
April 13, 2021
View all content by this expert