After a nearly two-month delay, the United States on July 11 followed through on the commitment by Secretary of State Hillary Clinton to suspend sanctions on investments and financial services to Myanmar, also known as Burma. There was widely expected criticism from certain parts of the human rights and policy communities, which quickly pounced on the announcement. The most common criticism of the suspension has been that by issuing a general license to invest, the Obama administration broke with Myanmar opposition leader Aung San Suu Kyi and other members of the democratic opposition, especially in choosing to include the oil and gas sector in the suspension.

But contrary to the critics, Suu Kyi’s National League for Democracy (NLD) has said the opposition leader is actually in favor of lifting more sanctions against Myanmar. According to Mizzima News Agency, she spent Monday night (July 16) on a phone call with Senate Republican leader Mitch McConnell, asking that the Burma Freedom and Democracy Act, which expires later this month, not be renewed. That act bans the import of Burmese goods to the United States and was unaffected by the administration’s suspension of investment and financial services restrictions. Suu Kyi’s reasoning is simple: the people of Myanmar are desperately poor and need economic growth and jobs above all else. Banning the importation of manufactured and agricultural goods does not serve either of those purposes.

Despite Aung San Suu Kyi’s opinion, the Senate Foreign Relations Committee on Wednesday (July 18) voted to renew the Burma Freedom and Democracy Act, driven by the same voices that criticized the administration for its recent suspension of sanctions. Given that they had previously based their opposition to the lifting of sanctions on an apparent commitment to following Suu Kyi’s lead, logic would now suggest that they soften their opposition.

The arguments of those opposed to the step-by-step rapprochement between Myanmar and the United States (and every other country in Europe and the Asia Pacific), has been a moving target. When reforms in Myanmar began early last year, critics called them a cynical ploy and opposed even tentative engagement by world powers. Once it seemed the reforms were taking hold, they opposed legitimizing the government with diplomatic recognition, visits, or assistance from international financial institutions. Aung San Suu Kyi and her National League for Democracy then contested by-elections, won nearly every seat, and are currently “legitimizing” the government by sitting in parliament. Critics then shifted to fighting the lifting of sanctions.

To validate their arguments, critics cherry pick statements by Suu Kyi, such as her June remarks to the International Labor Organization in which she said the Myanma Oil and Gas Enterprise (MOGE), with which all foreign participation in the energy sector takes place, “lacks both transparency and accountability.” She added that the government “needs to apply internationally recognized standards…on fiscal transparency.” She said, “other countries could help by not allowing their own companies to partner with MOGE unless it was signed up to such codes.”

By selectively quoting this speech, critics argue that the United States has moved too fast in throwing open the doors to investment with a nefarious entity, MOGE, and betrayed Suu Kyi and her allies. Suu Kyi and her party, however, welcomed the suspension of sanctions for the economic opportunities it presents, with NLD spokesman Nyan Win saying, “There is nothing to be disappointed about.” Asked about the oil and gas sector, Suu Kyi said the administration’s decision to allow investment was “nothing significant.”

More importantly, and unlike the pro-sanctions voices in the United States, she is willing to wait for the details of the administration’s reporting and transparency requirements for oil and gas companies before condemning them, noting, “What I said was they should ask MOGE to have transparency, I don’t know whether they asked or not.”

Washington’s easing of sanctions is not a good housekeeping seal of approval for the Myanmar government, as some critics have argued. Despite its reforms over the past 18 months, it still has a long way to go before it merits that certification. Still the steps the government has taken are significant and require a U.S. response. Easing the sanctions is an appropriate way to demonstrate U.S. recognition of the significant start that has been made.

The proponents of sanctions have argued at each step that the United States should take its lead from Aung San Suu Kyi’s opinion on Myanmar’s reforms. Well, the lady has spoken, and her message is that the economic benefits of lifting sanctions for her people are far more important than continuing to punish a regime for decades of human rights violations and other misdeeds. U.S. investment will create desperately needed jobs in Myanmar, help the country avoid over-dependence on investment from countries that lack the transparency and corporate ethics of U.S. businesses, and undermine hardliners in Myanmar who argue that the country will not benefit from reform.

Gregory Poling is a research associate with the Southeast Asia Program at the Center for Strategic and International Studies in Washington, D.C. 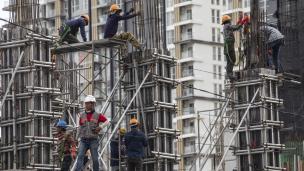 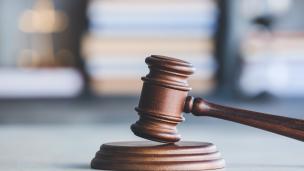 Why an Uninvited Chinese Ship Just Visited a Shoal on Malaysia’s Continental Shelf
Voice of America | Ralph Jennings
July 31, 2020
In the News

Making Sense of the 2020 US South China Sea Policy Update
The Diplomat | Ankit Panda
July 15, 2020
In the News

Trump Toughens Talk and Action on China
Voice of America | Steve Herman
July 15, 2020
In the News 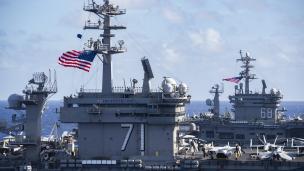 How Significant Is the New U.S. South China Sea Policy?
By Gregory B. Poling
July 14, 2020
View all content by this expert