Market Metrics: A Fact-Based Approach to the Chinese Economic Challenge

Despite the various U.S. sanctions related to Xinjiang, the explosive tensions involving the National Basketball Association and Hong Kong, and other possible flare-ups, the United States and China are still resuming trade talks in Washington today. With all of these bilateral issues, an election cycle, and an impeachment prospect circling about, these talks may be the last chance during this presidential term to resolve economic tensions and avoid an “economic iron curtain” and decoupling. If U.S. officials are to make any progress in breaking the logjam, basic facts on the nature and trajectory China’s economic system will have to play a bigger role.

Team Trump’s mix of competent and impulsive escalatory moves on China have gained momentum, while most of this administration’s other adventures have been mired in partisan quicksand, because behind the mass of half-cocked allegations thrown at Beijing the past two years lies a starkly rational, and bipartisan, basis for concern. China regularly trumpets to the world that its commitment to liberalization is unflinching. As a September 2018 white paper issued by Beijing put it: “Reform and opening-up are China’s basic policies, and provide fundamental driving force for its development. China will not reverse course, but only deepen its reform. China will not close its door to the world, but only open wider.”

A raft of recent policy steps is offered as evidence: tariff reductions, new regulations governing intellectual property, and market openings in finance, autos, and pharmaceuticals. At the same time, Beijing has called out Washington for its widespread use of subsidies, buy American programs, and the managed trade campaign Trump is pushing. With Washington’s attacks on the World Trade Organization and other long-standing international institutions, Beijing even claims to be the defender of globalization in the face of U.S. mercantilism.

It is sad that there is such a large grain of truth in characterizations of U.S. nativism and affronts to multilateralism. But the more important driver of not just U.S. but global economic concerns, which drew such an audience for the pugnacious unilateralism of Trump in the first place, has been China’s flagging convergence with global market norms over the past decade. Western patience with developing China’s slow transformation was contingent on sufficient proof that it was not illusory. No advanced economy has as much confidence today compared to a few years ago that China is still on that path.

Neither posturing from Washington or Beijing nor business position papers from the United States or Europe is sufficient to resolve economic discord. The path back to productive negotiations and a constructive future must be illuminated with an objective, quantitative reckoning of China’s economic policy trajectory, one that economists inside and outside China can agree on. The place to start is with a clear understanding of “reform,” which we define in its most traditional sense—as marketization domestically and liberalization internationally. This must include an economy built on market prices for basic inputs (land, labor, capital) and final goods and services alike, open entry and exit into markets for domestic and international participants, and fundamental protection of property rights. There is no room for a separate but equal mirror-economy of significant size where politics sets the prices, manipulates market participation, and commandeers property at will.

Viewed from these foundational principles, a dispassionate look at China’s economic core shows that behind piecemeal improvements reform is regressing.

The most important indicator is the outright U-turn that has occurred in the distribution of credit away from the Chinese private sector and toward state-owned enterprises (SOEs). Despite contributing less than a quarter of gross domestic product (GDP), SOEs now receive the great majority of bank loans. In the past five years, private companies have found more opportunities to list on China’s stock markets and issue bonds, but these components make up only a fraction of China’s total financial system. Moreover, whether they obtain financing via bank loans or corporate bonds, private companies end up paying higher interest rates than their state-owned cousins. In addition, almost all of the recent bond defaults have been for debt issued by private firms not well-protected SOEs. This pattern makes no economic sense given the fact that private firms earn a much higher return on assets that SOEs do. The flip side of the profit story is the stark difference in the debt picture, with SOEs accounting for the vast majority of the country’s corporate debt and having far higher debt-to-asset ratios than private firms.

A related measure is continually recurring over-investment in government-priority sectors. We see companies continuing to build in sectors way beyond what likely demand would suggest because of state signals of support. As a result, industrial capacity utilization rates go up and down in China like a roller coaster. This seesaw pattern originally was most visible in real estate and infrastructure-related sectors such as steel and glass, but it has spread into high-tech sectors from solar panels and wind turbines to electric vehicles and robotics. For example, China now has over 450 electric car producers who will in 2019 share a total market of at most 1.8 million passenger vehicles, or 4,000 vehicles per firm. That is not nearly enough sales to provide economies of scale for any producer.

Underwriting systemic misallocation of resources is ubiquitous state support. Official subsidies from the formal fiscal budget in China are enormous. As a proportion of the economy, explicit subsidies have fallen, but when other kinds of state largesse—free land, cheap natural resources, and below-market credit—are included, implicit support still accounts for almost 3 percent of GDP according to conservative sources, and possibly much more. For many sectors this translates into a massive proportion of total economic activity. Going back to electric vehicles, between 2009 and 2017, total government spending accounted for over 40 percent of all sales between 2007 and 2017. And despite China’s claim to be weaning manufacturers and consumers off subsidies, we estimate that in 2018 formal sectoral subsidies alone still totaled 123 billion yuan ($17.6 billion).

The story is much the same in the other sectors covered by the “Made in China 2025” plan, from commercial aircraft to semiconductors. Some would note the direct and indirect support Boeing and Airbus have at times received, but they are far more commercially successful than their Chinese counterpart, the Commercial Aircraft Corporation of China (COMAC). As of early 2017, COMAC had pumped at least $8 billion into the C919; total spending by now is likely close to $10 billion, yet the aircraft is far behind schedule, still years away from entering commercial service, and is technically inferior to and less efficient than the Airbus’s A320 and Boeing’s 737. The C919 is the quintessential white elephant and emblematic of the reality that state preferences trump market logic in today’s China.

Not only do China’s distortions push too many firms and funds into priority sectors, racking up waste and debt, too few companies suffer from their poor choices. In a market-driven economy, producers that jump into saturated markets with essentially no demand go bust or merge with wiser firms. In China, manufacturers in sector after sector—from autos to solar to steel to robotics—are being extended financial life lines that they use to tread water, taking up market share their competitors depend on to prove their comparative advantage. Despite passing its first bankruptcy law in 1986, formal corporate insolvency in China is as rare as phoenix feathers and unicorn horns. In 2017, the United States had roughly 24,000 corporate bankruptcies while China, with much more breathless lending, had just 5,665. Even the tiny former socialist country of Romania had more, with 8,371.

The story on external liberalization is more mixed, in a positive direction, but despite official claims, China’s doors are not “opening wider and wider.” Tariffs have fallen but non-tariff barriers have taken their place and then some. Discrimination in the application of sanitary and phytosanitary standards, licensing, and government procurement is standard practice. The Organization of Economic Cooperation and Development reports that China still has one of the most restrictive environments for foreign direct investment of just about any country due to continuing obstacles to equity ownership, screening procedures for actual investments, and rules regarding key staff. Another sign of these obstacles is how difficult it is for foreign firms to acquire Chinese companies. According to our calculation, only about 5 percent of purely domestic merger deals go through special state reviews, whereas the figure jumps to around a quarter of all deals when foreign companies are involved. Not only does the Chinese state continue support beyond any reasonable limit, they often balk when foreign buyers want to come to the rescue. The “not for sale” sign on Chinese companies is a pillar in the edifice of a state-directed economic system.

Getting Real and Sitting Down

These metrics present a clear picture: China has modified its prior path toward marketization in ways that are not adequately acknowledged. The consequences for China’s development trajectory are also apparent as capital misallocation translates into a declining productivity contribution to economic growth. As the World Bank has shown, the long-term cost for China will be dramatic: a comprehensive reform package would result in China’s per capita income growing to nearly $50,000 by 2046; by continuing on its current path, incomes will be far lower, and that all assumes the country doesn’t suffer a financial crisis.

Just as China needs to face the facts or else face the music, the United States needs to fully reassess its approach toward both its bilateral negotiations and the global economy. Washington has the facts on its side, and it would benefit immeasurably from taking a principled approach in defense of markets not just in its demands from Beijing but in its own aspirations and behavior as well. A more principled posture would be more effective because it is so much more compatible with allied alignment. A recent CSIS report by Matthew P. Goodman and his team shows that the biggest weakness in the U.S. negotiation strategy has been neglect of friends and allies, all of whom share similar concerns about China’s trajectory and could be helpful in many ways.

Most important, marketization is the right horse for both China and the United States to bet on because it is the only thing that will work to secure China’s future growth. Neither doubling down on indigenous innovation, state-directed credit, artificial intelligence-enabled surveillance and control, and decoupling, nor the managed trade formulas Washington is employing, will bring about an economically successful China whose prosperity benefits the United States and the global economy. In that regard, a mutually beneficial outcome from the negotiations should be possible simply by the United States sticking to its principles and China following its core national interest and not making tactical changes simply to placate the demands of others. 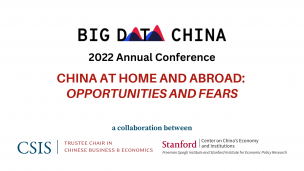 China at Home and Abroad: Opportunities and Fears
December 13, 2022
In the News

What does the future hold for China’s zero-COVID approach?
Marketplace | Sabri Ben-Achou, Erika Soderstrom and Jarrett Dang
December 2, 2022
In the News 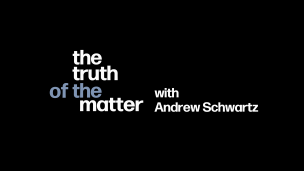 Being there: American researchers extol benefits of returning to China
South China Morning Post | Bochen Han
November 27, 2022
In the News