The FONOP conducted by the U.S. Navy on October 21 was qualitatively different from the previous three South China Sea FONOPs. Those operations, which were carried out on October 27, 2015, January 30, 2016, and May 10, 2016, challenged China’s right to require warships to obtain permission for transit through the territorial sea, even when the vessel exercises innocent passage. The United Nations Convention on the Law of the Sea (UNCLOS) permits a vessel to conduct innocent passage through a coastal state’s territorial sea without prior permission, so long as it does so “continuously and expeditiously.” The first three FONOPs in the South China Sea reaffirmed this freedom against China’s attempt to impose restraints on it.

Unlike the prior operations, the most recent FONOP did not challenge China’s attempt to impose excessive conditions on freedoms of navigation in the territorial sea. Rather, the United States challenged China’s claim to encompass the entire group of Paracel Islands within a ring of sovereign waters.

Nonetheless, China’s 1996 claim asserts a ring of baselines around the outermost of the Paracel Islands and claims for China all the water space within it, plus a twelve-nautical-mile territorial sea belt around the island group. Inside the ring, China appears to claim fully sovereign internal waters. Normally, UNCLOS requires all ships to obtain the coastal state’s permission before entering internal waters. Both China’s baseline claims and its internal waters claim are illegal. Accordingly, as several observers have noted, the USS Decatur crossed China’s illegal straight baselines and conducted maneuvering drills. Maneuvering drills are exercises of high seas freedoms, which are lawful in waters beyond 12 nautical miles from any feature and therefore outside any legitimately claimed internal waters or territorial sea. Contrary to China’s claims, the Decatur was in an area in which high seas freedoms apply.

Why does it matter that the operation undertook high seas freedoms? If it had simply transited through the waters inside China’s unlawful straight baselines, the Decatur would have effectively challenged China’s internal waters claim inside the baselines. But exercise of innocent passage through the Paracels’ waters would not have challenged China’s specious claim to a territorial sea around the entire group of islands, rather than around each island individually. In fact, such a transit could have signaled acceptance.

Following the FONOP, a Department of Defense (DoD) spokesman said that the Decatur conducted the transit “in a routine, lawful manner.” DoD spokesman Commander Gary Ross further elaborated in a phone call that after crossing one of China’s straight baselines in the Paracels, the Decatur loitered and held maneuvering drills before crossing a straight baseline again as it exited the area. The ship did not approach within 12 nautical miles of any individual land feature entitled to a territorial sea. Instead, it remained beyond sovereign waters, operating in accordance with international laws and standards. Furthermore, Commander Ross noted in a subsequent email, “U.S. Navy ships previously challenged excessive straight baselines drawn by China in 1997, 2011, 2013, 2014, and 2015. This included challenges in the Paracel Islands. The DoD Maritime Claims Reference Manual reflects the 1997 challenge, and it will be updated to reflect the 2015 challenge. The 1997 challenge was not listed on the DoD Annual Report that year, but we have confirmed that it did occur despite not being included in the DoD Annual Report.”

Next Up: Challenging Entitlements from Mischief Reef?

The stage is now set for the next U.S. FONOP in the South China Sea. An anonymous U.S. government source told Reuters in November 2015 that FONOPs would be held “about twice a quarter or a little more than that.” Yet, based on public sources, the pace of FONOPs has not met this standard. Although Assistant Secretary of State Daniel Russel noted that “some things are only visible to people with radar and tracking,” U.S. government sources have not made public any other FONOPs. According to public information, therefore, the Obama administration’s FONOPs against China have been separated by 95, 101, and 164 days (for an average of 120 days). Thus it seems likely that the next FONOP will be conducted after Donald Trump’s inauguration, which is only 95 days from the October 21 operation.

Given the limited number of South China Sea policy options available to the incoming administration, many observers will be judging the Trump administration on whether it carries out an early FONOP in the South China Sea. If the administration holds to the recent pattern of alternating between FONOPs in the Paracels and the Spratlys, then the next FONOP will be held in the Spratly Islands. The FONOP location that would most directly relate to enforcement of the July 12 arbitral tribunal ruling is Mischief Reef, which was found to be a low-tide elevation that does not generate an entitlement to a territorial sea, exclusive economic zone, or continental shelf. Given that the United States does not recognize any entitlements in the waters surrounding Mischief Reef, a U.S. Navy ship would have to go beyond innocent passage procedures within 12 nautical miles of the feature, unlike the previous two FONOPs in the Spratlys.

There may also be an opportunity for a new administration to rethink whether it wants to continue to use the FON Program as the basis for its maritime operations in and around the Spratly Islands. The United States has an interest in maintaining international rights to freedom of navigation and should continue to operate wherever and however international law allows. But how should those operations be categorized? A FONOP is just one type of naval operation and its focus is fundamentally about the law, rather than the politics of maritime security.

In addition to FONOPs, the United States Navy undertakes a wide range of routine naval operations in and around the Spratlys—including exercises, drills, presence operations, intelligence gathering and the like. These are undertaken to accomplish national objectives such as demonstrating deterrence, resolve, and reassuring support for allies. Such operations are about politics, not the law. When the United States conducts a FONOP but primarily intends to accomplish a political purpose, rather than a legal purpose, it sends an unnecessarily confused message. Perhaps from this point forward, the U.S. Navy should simply be called upon to operate in and around the Spratly Islands according to international law to perform “routine operations,” which is after all what they are.

Second, FONOPs challenge a state’s specific legal claim of record. No state—including China—has made clear maritime claims to the waters around the Spratlys. The Chinese government has made amorphous statements about security zones, UNCLOS zones, and some form of historic interests. But to date Beijing has made no unambiguous maritime claims in the Spratly Islands. Thus, because there is nothing specific to challenge, a FONOP is the wrong tool for the job of protecting navigational freedoms in the waters around the Spratly Islands. A distinction must be made, however, between naval operations in the Spratlys and those in the Paracels. Whereas there are no clear maritime claims by any state around any of the Spratly Islands, as discussed above, China has made clear and illegitimate claims to the waters around the Paracels. Accordingly, continuing to conduct FONOPs in the Paracels will be an appropriate method to challenge the excessive nature of China’s claims there.

However the next administration chooses to proceed, the real risks of operating in the vicinity of Mischief Reef should not be diminished. Because political interests are in play, Beijing might attempt to interfere with such an operation or use it as an excuse to deploy fighter aircraft and other weapons systems to the Spratly Islands. Alternatively, Philippine president Rodrigo Duterte might react by canceling additional cooperation with the U.S. military. Nevertheless, such operations would also represent an opportunity for the new administration to show its commitment to uphold international rules and norms in maritime Asia.

Observers should not confuse a FONOP or other operations in the vicinity of Mischief Reef with an effort to reverse China’s reclamation, construction, or militarization of the Spratly Islands. The time is too late for that. Yet, such operations are necessary to assert maritime rights available to all states under international law, lest they be lost over time. Freedom of navigation operations should ideally be conducted quietly and without fanfare. But given that the Obama administration chose to make FONOPs public in order to demonstrate U.S. commitment, the next administration will also be under pressure to publicly demonstrate resolve early in its tenure. Thus, observers will be watching the Trump team closely for signs of additional naval operations, this time at Mischief Reef.

Bonnie S. Glaser is Senior Adviser for Asia and Director of the China Power Project at the Center for Strategic and International Studies. Zack Cooper is a fellow at CSIS. Peter Dutton is Director of the China Maritime Studies Institute at the US Naval War College—all opinions expressed are his personal views and not meant to represent the views of the US government. 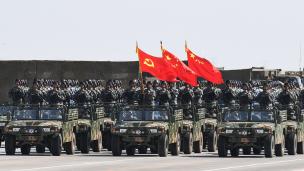 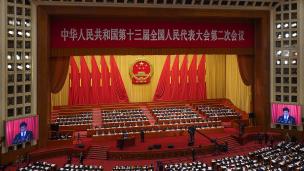 Anti-China sentiment is on the rise
Politico | Marc Caputo
May 20, 2020
Commentary 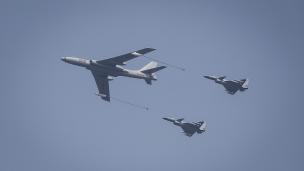 China’s Provocations Around Taiwan Aren’t a Crisis
By Bonnie S. Glaser, Matthew P. Funaiole
May 19, 2020
In the News

Donald Trump threatens to quit WHO over China links
Financial Times | Demetri Sevastopulo
May 19, 2020
View all content by this expert