National Commission on the Future of the Army

Last year the Congress established the National Commission on the Future of the Army (NCFA) in an attempt to resolve what might be called a civil war within the Army. The commission published its final report on January 28, 2016. Here’s a quick look at where the commission came from, what it found and recommended, and the views of CSIS experts on how well the commission did.

Q1: What was the commission?

A1: Created in the 2015 National Defense Authorization Act, the commission had eight members and a supporting staff. It was charged with “conduct[ing] a comprehensive study of the roles and structure of the Army, and policy assumptions related to the size and force mixture of the Army, in order to:

The Army commission was modeled on a 2014 Air Force commission, which had been established after similar active/reserve and force structure issues arose in the Air Force.

Q2: What prompted the establishment of this commission?

This tension between the regulars and the militia—and its modern form, the National Guard—is not new; it goes back to the beginning of the Republic. Regulars have often complained that militia units were under-trained and unable to accomplish the missions that regular units could. Militia units felt that they carried an equal burden in conflicts but that their capabilities and sacrifices were not appreciated. Congress has tended to side with the militia because the militia has roots in every community across the country and therefore can get a hearing with congressional delegations in a way that the regular forces cannot. Not surprisingly, then, Congress restricted the transfer of Apaches out of the Guard.

These tensions are often exacerbated during periods of budget decline when tough trade-offs must be made. Such is the case now.

The causes were not all related to active/reserve relationships. The Army as a whole had concerns that it was being overlooked, and cut disproportionately, in a reorientation of national strategy that emphasized air/naval operations in the Pacific and new domains such as cyber and space. Some commentators and analyses inside the Pentagon would have taken the active Army down to 420,000 soldiers or even to 380,000, with commensurate cuts to the reserve components. By contrast, the active Army was at 482,000 on 9/11. From the Army’s perspective, the demands on its forces arising from Russian aggressiveness, the expansion of ISIS, and the continuing requirements for global engagement put a higher floor on the size of the total Army.

Q3: What were the commission’s major findings and recommendations?

A3: The commission made 63 recommendations. The most prominent were:

· Maintain a total Army end strength of at least 980,000 uniformed personnel (450,000 in the Regular Army, 335,000 in the Army National Guard, and 195,000 in the Army Reserve) to provide minimally sufficient capability and capacity in the near term. (Recommendation 12)

· Establish the Apache fleet at 24 manned battalions, including 20 in the Regular Army equipped with 24 aircraft each and 4 in the Army National Guard equipped with 18 aircraft each. (This was 4 more than the ARI had planned.) Only 2 Black Hawk battalions would be added to the Army National Guard instead of the originally planned 4. (Recommendation 57)

· Encourage the creation of a true “Total Force,” by establishing and incentivizing assignments across all three components and within multicomponent units, as well as beginning a pilot program that allows recruiters to recruit individuals into any Army components. (Recommendations 27, 28, 35, & 36)

· Codify the delegation of authority for Army force structure allocations among the states, territories, and the District of Columbia. ( Recommendation 61)

Q4: Will the commission’s recommendations solve the problem? [Mark Cancian]

A4: The commission has done sound work. The commission’s principles about the Army being a single force and the need to sustain the all-volunteer force are not just sensible, but fundamental. Adding a brigade to Europe and building more aviation and short-range air defense, even at the cost of maneuver units, aligns the Army better with emerging threats.

The recommendation on the Apaches essentially adds helicopters to meet everyone’s needs. The active Army gets the 20 battalions it wanted, and the Guard keeps 4 of the 6 it wanted. This will likely be acceptable to all involved, and the costs are manageable enough that Congress will shove it into the budget one way or another.

The largest long-term effect may come from the multicomponent units. The Commission cautiously recommends the expansion of pilot programs. These have been successful in other services and, despite a checkered history in the Army, hold great promise for long-term integration. The Air Force, as the commission notes, has long had associate units in which Air Force active and reserve personnel use the same set of equipment. The reserve personnel provide the surge capability needed in wartime without having to maintain an additional set of equipment. The Marine Corps has a mechanism whereby active duty personnel, called “Inspector Instructors,” are assigned as full-time staff to reserve units, providing them with expertise and linkages to the active component command structure. As the commission notes, however, multicomponent units will be a cultural change for the Army where the components have traditionally been separate.

Unclear is whether the commission’s proposed changes will be enough. The commission sidestepped the sensitive issue of whether National Guard combat units can be ready in time to participate in the conflicts now foreseen. Critics inside and outside the Army had questioned whether these units should be maintained at high readiness or maintained at all. The Commission asserted that all units were needed but did not directly address the time and training issues, at least in the unclassified report. This was the issue that caused tensions to flare up in the first place and may return if resources get squeezed again.

Finally, telling the troops to knock off their bickering does set expectations but may not bring peace to a sometimes fractious Army family.

In judging the report we all need to keep in mind that tensions between regulars and the Guard and reserves are not a problem to be fixed. They are inherent in the perspectives of the different components. The problem can, however, be managed, and the commission has made a credible attempt to do that.

Q5: Will the commission’s recommendations solve the problem? [Ray DuBois]

A5: At the basis of any reform of the end strength and force structure of the Army’s three components and the underlying analysis leading to those reforms will be the determination (and therefore how best to prepare and how best to win) of what kinds of conflicts the Army will be asked to fight in the future. If those battles are quick to develop and therefore need to quickly deploy and fight to win in a matter of weeks if not days, then the answer is combat power in the Regular Army with a split of combat support in the regulars and reserves and a split of combat service support in the reserves and the Guard. Maybe not entirely but mostly.

One could make the argument that in order to weight more heavily combat and combat support elements in the Regular Army, one must recognize the politics of this paradigm and therefore craft multicomponent units with an eye to both effective distribution of combat power as well as making sure the Guard retains some involvement in the “front line” formations. There is also the option of exchanging company and field grade officers and NCOs between components on a self-selected if not directed basis.

Clearly any reform of how the three components are knitted together to accomplish a “Total Army” approach must recognize the deep cultural roots of each component and the respective mistrust that has existed for decades. In the early 1970s, General Abe Abrams sought to mitigate that distrust when he was CSA, and he and VCSA General Dutch Kerwin tried mightily to incorporate the three components into a more balanced Army. But their efforts became less enforced during the post-Vietnam period only to see the hard lines between the Regular Army and the Guard become more pronounced. It seems to me the only way to overcome those cultural impediments is to convince Congress to make legislative changes to the total personnel management system.

In the threat environment in which we live and with the budgetary constraints existent, only a Total Army approach makes strategic, operational, and budgetary sense. The Total Army however must incorporate a reformed personnel management system whereby officers and NCOs of all three components can rotate between components and receive the same training and educational and assignment opportunities in order to enhance the standards by which ARNG officers and NCOs are promoted and assigned. Legislative reform will be necessary to accomplish this objective and may require a serious rewrite of the particular authorities enshrined in Title 10 and 32.

If done carefully and thoughtfully, the Total Army will indeed become more “integrated” and will in the final analysis provide a more capable land force and provide more capacity to both the president and the governors.

The NCFA has done a remarkable job at balancing competing roles and missions objectives between the Regular Army and the Reserve Components. The imperative that Congress and the Army carefully craft legislative fixes to accomplish these balancing recommendations cannot be overstated. And in the final analysis, the secretary of the army and the Army chief of staff must recognize their respective responsibilities in explaining the advantages of these balancing recommendations to the entire Army community, the Congress, and the governors.

Mark Cancian and Ray DuBois are senior advisers at the Center for Strategic and International Studies (CSIS) in Washington, D.C.

Most Recent From Raymond F. DuBois

Leap-Ahead Technologies: Could They Be the Army's Undoing?
Military.com | Matthew Cox
April 29, 2018
In the News 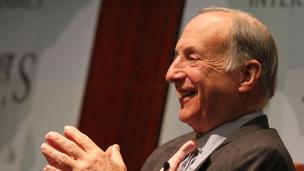 Book Launch: Anatomy of Failure: Why America Loses Every War It Starts
December 12, 2017
On Demand Event 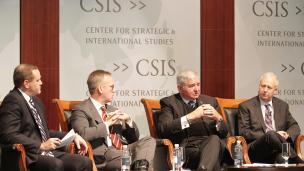 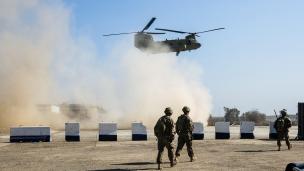 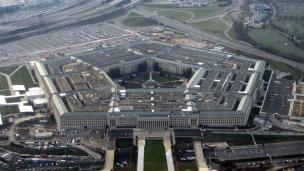 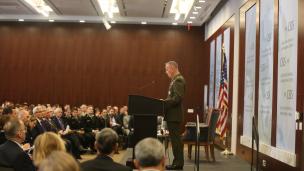