Nearshoring to the Americas

The United States should move toward a new trade agreement for the Americas. Such an agreement would diversify value chains, making them less risky and more resilient. It would limit incentives for illegal immigration and weaken the illegal drug trade. And in the medium term, it would create a powerful economic bloc of over 1 billion people sharing the values of freedom, democracy, and international cooperation. This bloc would strengthen the United States in the global arena, a key strategic concern for U.S. policymakers given the rise of China and its competition for geopolitical supremacy.

The growth of China over the last 40 years has been spectacular. Driven by the economic reforms of Deng Xiaoping, China multiplied its per capita income by 24. It is now the second largest economy in the world and the largest trader in the world, accounting for 12 percent of global trade. This success was boosted by China´s ability to become the world´s workshop, responsible for 35 percent of global manufacturing. The United States and other multinationals moved relevant parts of their value chains to China, taking advantage of scale and costs. In 1985, the U.S. trade deficit with China was $6 million. By 2017, it had reached $375 billion.

Electronics, toys, clothing, machinery, and other industries are hard to imagine without China´s contribution to their value chains. Decades of engagement and trillions of dollars of investment, technology transfer, training, and commercial relationships cannot—and should not—be undone overnight. However, over the past few years, the strategic demand for more diversified, less risky, and more resilient value chains has grown. As China grew and began to flex its muscles on the world stage, experts and policymakers in the United States began to wonder if the growing dependence on Chinese manufacturing had gone too far. The coronavirus pandemic brought this concern to the forefront, as more countries realized that they were dependent on others—in particular, on China—for the supply of crucial medical and protection equipment. As U.S. Trade Representative Robert Lighthizer wrote in a recent op-ed, the pandemic “has revealed our overreliance on other countries as sources of critical medicines, medical devices and personal protective equipment.”

A free trade agreement covering the whole Western Hemisphere could multiply the opportunities to diversify value chains for U.S. companies. The Western Hemisphere is home to over 1 billion people, living in 28.4 percent of the Earth´s land area. It is rich in natural resources, technology, and human capital. With adequate incentives for investment, including trade preferences with the United States, capital would flow to the region, and value chains for U.S. companies would become more diverse, safe, and resilient.

Proof of the positive effects of a free trade agreement can already be seen in the United States’ relationship with Mexico. A recent report by Kearney shows that in 2019, while China´s exports to the United States fell by $90 billion, those from Mexico grew by $13 billion. The report concludes that the “rise of these insurgents mainly occurred in product categories impacted by tariffs.” The trade war with China is leading to reshoring in the United States but also to nearshoring in Mexico. If other Latin American countries were to have similar advantages for investment and trade with the United States, as Mexico does, we could expect a multiplication in the opportunities for nearshoring in the years following the new trade agreement.

In addition to the direct economic and strategic benefits from strengthening value chains, the free trade agreement would help the fight against illegal immigration and drugs. More investment, better infrastructure, and more jobs in Latin America would translate into fewer incentives to migrate to the United States and greater costs for drug cartels. The main cause of migration to the United States is a lack of economic opportunities at home. Since 2015, over 40 percent of legal migrants to the United States have come from Latin America, and of the foreign-born population living in the United States in 2016, 51 percent originally came from Latin America. A continental free trade agreement that creates incentives to invest in Latin America would generate more jobs and opportunities at home for potential migrants, reducing the incentives for migration. These better-paid job opportunities in the formal economy also would lead to an increase in costs for drug cartels that produce and distribute in the region, and improvements in institutional quality that typically accompany trade agreements would contribute to reducing corruption and improving domestic controls over the drug trade.

Given the current U.S. administration’s predilection for pursuing bilateral trade agreements, the next step would be for it to pursue one with Brazil. The Bolsonaro administration, with Paulo Guedes as minister of the economy, is likely open to the idea of rethinking the constraints that Mercosur, South American trade bloc, places on bilateral agreements outside of Mercosur itself. Brazil’s economic strength in the region would bolster its negotiating power within the bloc, making an amendment to Mercosur regulations more likely. If the United States signs an agreement with Brazil, an agreement with Paraguay and Uruguay could quickly follow. Over time, an agreement with Argentina could also be reached.

Pursuing bilateral trade agreements with Latin American countries would continue to be the best approach even in the event of a change in the U.S. administration in November. Brazil is the most relevant next step, but Peru and Ecuador could be other short-term targets of opportunity. If bilateral agreements are signed with these countries, the United States could then begin to pursue the next phase of trying to achieve a larger trade agreement that encompasses more countries in the region.

Forward-looking governments in Latin America would undoubtedly support the initiative. Free trade with the United States would mean more export opportunities, which in turn would lead to greater investment and incentives to modernize standards and institutions. Much of the groundwork is already done. The United States already has free trade agreements with Mexico, Chile, Colombia, and several Central American countries that could be used as templates, together with the work done in the early 2000s on the Free Trade Area of the Americas (FTAA).

The FTAA initiative foundered due to political differences with the new Latin American left, led then by Hugo Chávez of Venezuela. For U.S. authorities, the medium-term economic and strategic benefits did not outweigh the short-run political challenges, and China was not yet perceived to be a strategic competitor to U.S. global leadership. The lesson we have learned from the FTAA is that there is no time like the present to start on projects that will have medium- and long-term payoffs—leaders should invest political capital to sort through short-term challenges. If the United States is intent on diversifying its value chains away from China to reduce risks, dependence, and to make the economy more resilient, a free trade agreement for the Americas is a vital step in the right direction.

Miguel Braun is a senior adviser (non-resident) with the Americas Program at the Center for Strategic and International Studies in Washington, D.C. 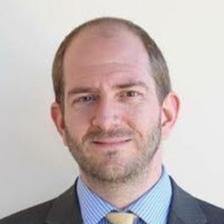 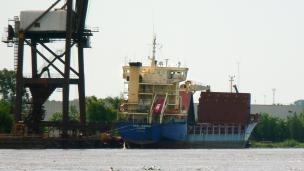 Mercosur Should Become a Free Trade Agreement
By Miguel Braun
June 4, 2020
View all content by this expert