A New Approach to Foreign Aid

The Biden administration needs to think radically differently about global development in a radically changed world. To meet the short- and long-term challenges associated with great power competition, global development must be at the forefront of the national security and foreign policy toolkit in a meaningful way. This new paradigm will require a comprehensive rethinking of priorities and new investments, resulting in a potential increase of 20-40 percent of current total foreign aid funding to support bilateral spending needs. The approach laid out below is in support of the United States enlightened self-interest.

The world is significantly different than when President-elect Biden was vice president-elect in 2008, particularly in terms of China’s ever-expanding role in the developing world. In 2008, China lacked a strategic approach to foreign assistance and had limited development transactions firmly rooted in the Asia-Pacific. U.S. policymakers, preoccupied with the financial crisis, continued to perceive China as a developing country rather than a development competitor (a follow-on to their ascension to the World Trade Organization under highly favorable terms). China used that distracted moment to craft a dramatic set of development projects that would fundamentally alter the international landscape for decades.

The launch of the Belt and Road Initiative (BRI) in 2013 offered the world a compelling alternative development model. Why is it appealing? The BRI is fast, cheap, and implemented without the frills of quality control or due diligence. For many developing countries, the BRI is a “win-win,” delivering infrastructure projects for political convenience regardless of development goals. It proliferated in membership, from 65 countries that had signed memoranda of understanding (MOUs) in 2016 to its current membership of 138. The China-led Asian Infrastructure Investment Bank (AIIB) tells a similar story, with 35 of the Bank’s 47 regional members (holding nearly 71 percent voting power) joining within two years of its launch in 2014. By comparison, it took India 27 years, Jordan 20 years, Serbia 10 years, and Mongolia 9 years to join the European Bank for Reconstruction and Development (EBRD), founded in 1991.

But in 2018, the National Security Council began a process that would deeply undercut the NSS objectives and water down its impact. The Trump administration’s poorly conceived Foreign Assistance Realignment (FAR) was a policy process to derive development principles in support of the NSS. The draft document offered a binary view of assistance that saw the world as friends or enemies, seeking evidence to back up politically motivated funding cuts, including efforts to zero out country budgets in Guatemala, Honduras, and Yemen, and a dramatic proposal to cut overall agency budgets. The FAR’s contradictions about the application of assistance, along with the fact that an unclassified version was never finalized, confused those tasked with pushing back on China. The FAR lacked buy in, amplified by the administration’s effort to discredit and disengage from essential standard-setting multilateral organizations and frameworks such as the Organization for Economic Cooperation and Development and the UN Sustainable Development Goals.

The Trump administration was deeply conflicted about development as part of its strategic toolset. The NSS offered a reset around great power competition that might have reset the development landscape for decades. Simultaneously, its supporting regional strategies called for robust investments in energy, infrastructure, and economic growth to counter BRI. But the conflicting (and unfinalized) FAR principles; ineffectual budgetary processes in which the Trump administration put forward 30 percent cuts all four years and zeroed out several agencies, including at different points the U.S. Trade and Development Agency, the U.S. Export-Import Bank, and the Overseas Private Investment Corporation; and a skepticism toward international organizations hamstrung the administration and significantly limited impact. As a result, there was a divide between the objective to counter China and the development implementation efforts. China flourished in this disconnect, most evident in its response to the Covid-19 pandemic.

There were two things the NSS and the FAR got right. First, that great power competition will require a significant and strategic rethink of foreign assistance. The NSS outlined a paradigm for a potential reset of soft power—advocating not for business as usual, but instead a new playing field requiring investments and modernizations across development sectors. Second, the scope and scale of the FAR were appropriately expansive to reset core development principles. The evidence was that agencies metabolized the principles quickly, driven to promote coherence across operational units and adapt to the new world order. However, the missteps in content and implementation have left the same agencies without direction on great power competition: was it a fleeting political fad or the future of development?

The incoming Biden administration should answer this question by conducting a top-to-bottom interagency development review, articulating time-bound priorities to advance U.S. interests and values in this era of great power competition. This serious, comprehensive, and radical review should outline responses to high-impact investments or interference by China and Russia. The review should build on the recent U.S. Agency for International Development’s (USAID) Over the Horizon exercise, which examined how to adapt to a world changed by Covid-19, and components of the 2020 U.S. Strategic Approach to the Peoples Republic of China. It should consider the following time-bound priorities:

The administration will need an expansive democracy and governance strategy to push back on global authoritarianism and corruption, both of which have increased during Covid-19. This will require elevating transparency and accountability over censorship and human rights abuses. Last, new education sector investments should prioritize workforce development and support a cadre of civic-minded leaders that can push back on creeping authoritarianism. It will also include revisiting the use of high-visibility scholarships to the United States for outstanding young scholars as a critical soft power tool.

These objectives may require a shift from sectoral to bilateral planning. This would mean a move away from sectoral-focused economic assistance directives, which have increased sixfold since 1999 and have offset almost 50 percent of would-be direct country-level support. The administration would be wise to spend additional resources (of at least a 20 percent increase from current assistance levels) to support programming in Sudan, Afghanistan, Central America, Central Asia, Mongolia, Ukraine, Armenia, the Western Balkans, and the Pacific Islands. These are the frontlines of fighting malign influence.

Other new investments might include support for large-scale youth populations across Africa, where China is dramatically increasing scholarships for university study and short-term travel for government workers interested in the authoritarian playbook. Or new investments in power and energy distribution across the Caribbean, where a focused initiative along the lines of Power Africa could reduce dependence on Chinese infrastructure. Or migration strategies that address its underlying challenges.

To be clear, the application of the great power competition framework as the primary development lens will require additional resources in foreign assistance. Congress should be prepared to increase the international affairs account (or “150 account”) to support the type of meaningful investments the Trump administration was unwilling to make. Both the executive and legislative branches should understand the 150 account is an extension of our national security toolkit. When done right, the foreign assistance program’s reform and restructuring will directly affect global markets’ growth, the demand for U.S. goods and services, our claim to global leadership, and ultimately our national security. As former secretary of defense James Mattis said, “if you don't fund the State Department fully, then I need to buy more ammunition ultimately.”

The current development paradigm is over. While the 2017 NSS oriented development toward strategic competition, its implementation was limited by an inherently conflicted view on development. The Biden administration would be well served to build on this shift by refining the strategic direction necessary to advance coordinated implementation in response to the new world order. Covid-19 offers a unique (and challenging) moment to revisit the entire development paradigm. As hard choices are made, the administration should ensure that the intersection of economic growth and good governance is at the heart of U.S. development policy.

Great power competition should be one of the organizing lenses through which Biden views soft power. Much like the Cold War, this will require understanding development differently and taking on reform efforts to ensure that our institutions can respond effectively. It will also need a new way of recruiting and training staff—setting up incentives to serve long term in high-threat posts that will face recurring crises. Unlike the Cold War, we must recognize early that U.S. development stakeholders will never win a race with our competitors (now China) on the dollars spent or roads constructed. We must work alongside our allies and vibrant private sector to make a case for a compelling alternative vision to our competitors based on our credible shared values. 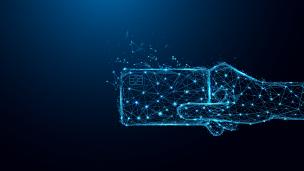 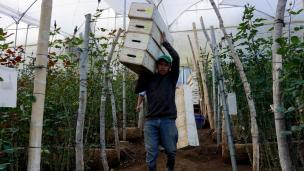 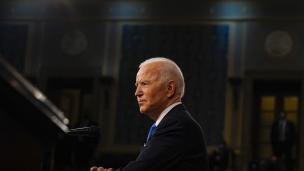 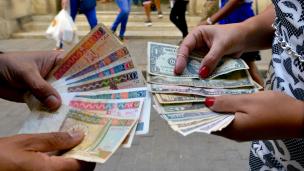 U.S. Policy on Remittances to Cuba: What Are Some Viable Options?
By Daniel F. Runde
September 15, 2021
Commentary 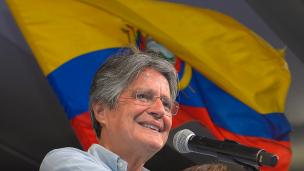 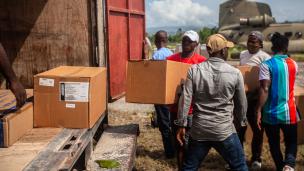 Haiti in Crisis: What Role Can the International Community Play?
September 13, 2021
On Demand Event 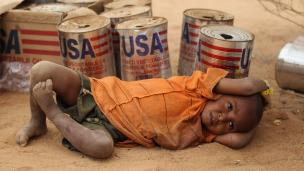 Book Event: The Enduring Struggle: A Conversation with John Norris
September 9, 2021
In the News

The case for providing foreign aid to Afghanistan
The Hill | Daniel F. Runde
September 5, 2021
View all content by this expert