By Anthony H. Cordesman with the assistance of Charles Ayers and Aaron Lin

The two Koreas differ sharply in their political and military need for missiles and weapons of mass destruction. South Korea is now a global economic power that is fully integrated into the international system. North Korea’s economy is close to that of a failed state, and it needs nuclear weapons and missiles for both political prestige and leverage in negotiating with the United States and its neighbors.

A new report by the CSIS Burke Chair in Strategy provides a detailed analysis of the North Korean nuclear forces and the threat of WMDs in Southeast Asia, and is available on the CSIS website at
http://csis-website-prod.s3.amazonaws.com/s3fs-public/publication/160725_Korea_WMD_Report_0.pdf.

The full table of contents for the report is available below. 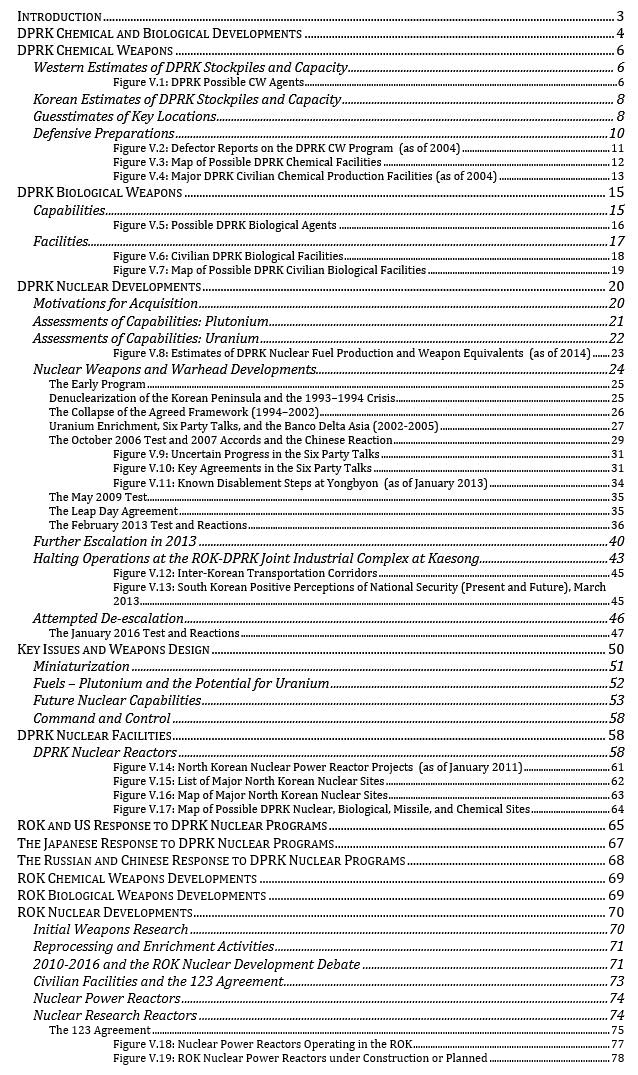 Book Launch: Armies of Arabia
November 12, 2021
View all content by this expert