Still, it is increasingly clear that oil demand is dropping too quickly for supply agreements to keep pace. The IEA anticipates a year-on-year decline of 23.1 million barrels per day in the second quarter and a 9.3 million barrels per day demand drop for the full year. Even a theoretical OPEC+ cut of 12 million barrels per day—based on 100 percent compliance with the deal as well as steeper declines pledged by Riyadh, Abu Dhabi, and Kuwait—plus sharp declines in the United States and elsewhere would not balance the market.

If supply continues to outstrip demand, more oil will head for storage. Inventories are growing at a record-setting pace, and global storage capacity for crude oil and products will come under severe pressure by the summer.

Oil storage is an opaque matter, with time lags and questions over the transparency and accuracy of self-reported data from various countries. It is especially challenging to estimate commercial inventories in emerging markets as opposed to the Organization for Economic Co-operation and Development (OECD) states. Strategic petroleum reserves (SPRs) add another layer of complexity. The United States and Japan publish data on their SPRs, but China does not reveal full details, forcing energy agencies and analysts to make their own estimates. (The IEA requires its member states to hold crude oil or product reserves equivalent to 90 days of the previous year’s net imports.) To shed more light on inventory data, a number of companies have begun to leverage satellite imagery and other technologies to estimate oil in storage.

OECD commercial inventories are a key indicator of market fundamentals. Low OECD inventory levels raise concerns over market stability and capacity to absorb shocks. But from the producers’ perspective, when inventories are lean, increases in oil demand tend to create higher oil prices. In contrast, more oil in storage (often expressed in terms of days of forward cover to meet demand) creates both immediate and longer-term problems for oil producers. High inventories suppress current prices, and it can take months or years to work off an inventory overhang. 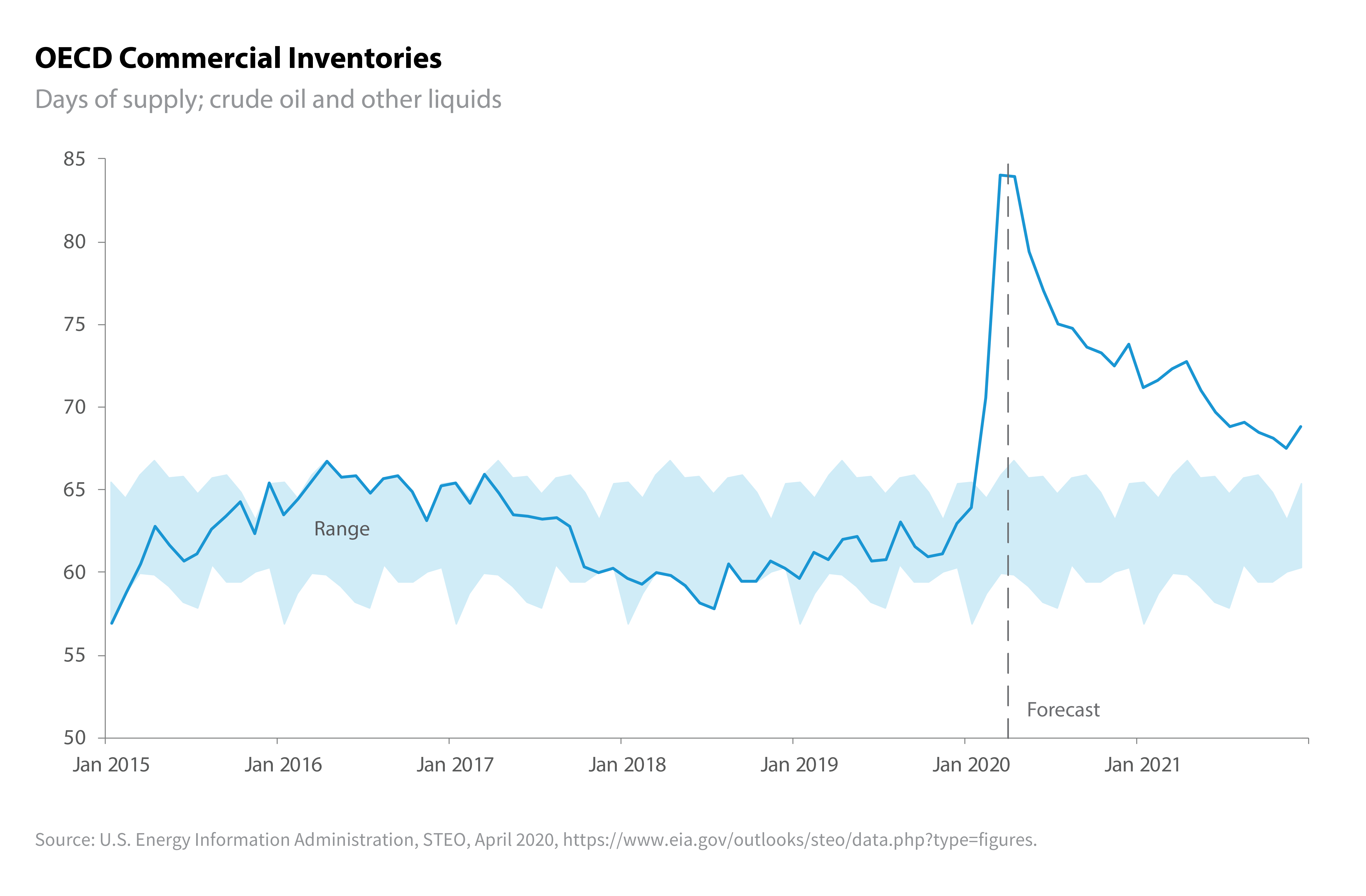 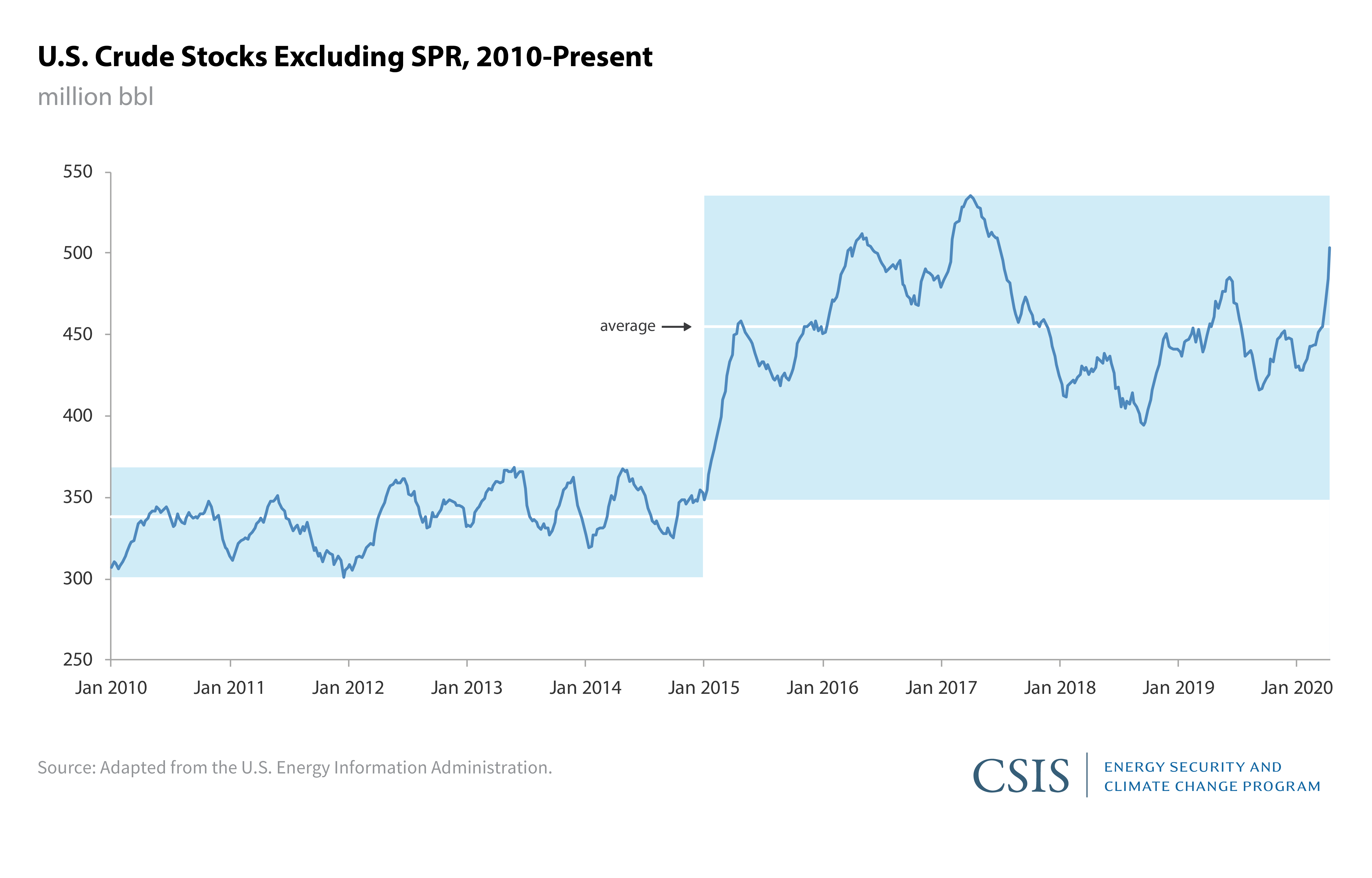 The current price structure, with prompt prices for Brent and West Texas Intermediate (WTI) crude well below prices for future delivery, creates strong incentives to store oil. (The 12-month spread for Brent crude was $12 per barrel as of April 20.)

Government policy will play a smaller but still important role in inventory builds. The United States has already committed to filling the SPR by adding up to 77 million barrels (although failure to receive congressional funding for this has altered their plans a bit). China, South Korea, and India also pledged at last week’s G20 meeting to explore the options of adding to their SPRs or leasing space in their strategic storage sites to the industry, offering some relief to producers.

With the massive imbalance between supply and demand, tanks will be filling quickly, and it may not take long to test the limits of global storage capacity. Assuming conservative stock builds averaging 10 million barrels per day in the coming months, effective spare capacity could be filled by mid-July. Floating storage could provide another outlet, albeit a relatively small one. Oil stored in tankers may amount to 150 million barrels at present. If more of the tanker fleet is converted from shipping to floating storage in the coming months, this figure could potentially double.

There are many uncertainties over global storage capacity, but constraints will materialize well before tanks are completely full. Excess production is not necessarily found in the same regions as available spare capacity. Crude quality varies enormously, and there are technical and commercial reasons to avoid combining various crudes in the same storage facilities. Local, as opposed to national, storage infrastructure also has a critical impact. When local storage tanks are full, producers in many regions will have to shut in volumes, regardless of the inventory state of play elsewhere. Limited storage and pipeline capacity will also affect pricing in different regions.

As the industry inches closer to filling up global storage, there will be a cascade effect that will send strong signals for producers to curtail production. Companies are looking for new places to store crude oil, including railcars and converted pipelines, but most of those are stopgap measures rather than solutions to a rapidly worsening situation. The federal government is reportedly considering paying producers to keep oil in the ground as an alternative form of storage, over and above what it is formally leasing out of the SPR caverns.

Once oil demand eventually begins to recover, these high inventories will help to keep oil prices low as supply and demand rebalance. Inventories will be an increasingly important part of the oil market equation for the foreseeable future rather than obscure technical characteristics of the market. How and where stocks build up and are drawn down over the next few months will matter a great deal.

The Oil and Gas Investment Landscape
May 5, 2021
In the News

Crown Jewels on the Block
Bloomberg | Gwen Ackerman
May 2, 2021
In the News 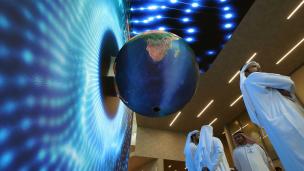 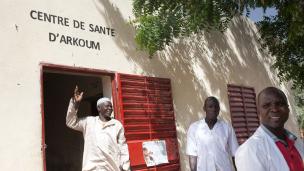 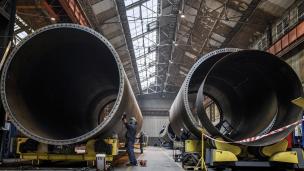 Fact check: Buffett did not donate to Biden; oil that would have been transported through the Keystone XL Pipeline will use existing infrastructure, not Buffett-owned railroad
Reuters | Reuters Staff
February 2, 2021
View all content by this expert