India receives a great deal of attention for embracing renewable energy and setting aggressive deployment targets. Nationally, India has over 35 gigawatts (GW) of installed capacity from wind power sources with another 25 GW from solar power sources—representing 60 GW of India’s total of 75 GW from renewable sources. India aims to go further in the coming years with a goal to reach 175 GW of renewable energy in the electric power sector by 2022. Adding to this, recent statements made by central government officials at an International Renewable Energy Agency meeting suggest the government would like to rachet its ambition up to deploy 500 GW of renewable energy by 2030. However, states are struggling to use all the power generated from renewable sources despite regulations requiring state utilities to dispatch power generated from those sources ahead of that produced by thermal power plants. As Prime Minister Narendra Modi’s government strives to reach its ambitious target , it faces many challenges in crafting regulations that will shape the market to incentivize and optimize existing and future power generation assets, including allowing renewable sources to penetrate and expand in the power generation mix of various states. One set of tools India’s states and the central government should pursue to address these hurdles lies in artificial intelligence through machine learning applications.

The National Institution for Transforming India (NITI Aayog), the official policy think tank for the government of India, released a National Strategy for Artificial Intelligence, which identified artificial intelligence (AI) as one technology India could use to make the adoption of renewables more cost effective and increase the efficiency of existing solar and wind power sources. It is not enough to point AI at the problem in the future—India’s states need to start laying the groundwork for AI now to maximize the efficiency of the renewable sources they plan to create and reduce renewable energy power curtailment. Machine learning can provide better predictive electricity grid load management and maintenance for renewable sources permitting states to enhance their collective energy security.

Renewables and Their Challenges

Renewable energy sources have many clear benefits. They are climate friendly, minimize air and water pollution, require only a one-time capital expenditure for infrastructure (coupled with regular maintenance costs) and no recurring fuel costs, offer new jobs, and reduce the import of hydrocarbon fuel sources. However, absent adequate energy storage options, the output from these renewable sources is often less predictable because it varies based on the weather, season, and time of day. Renewable energy sources thus require enhanced forecasting and scheduling of power resources to effectively manage the grid.

A key facet of the challenge is that India’s power distribution companies (discoms) and load managers at times curtail renewable energy power as a result of scheduling and cost challenges, transmission inefficiencies, and a lack of interstate balancing and power transfers. Renewable energy power curtailment for wind power in Tamil Nadu reached as high as 50 percent in the past and averaged around 20-25 percent for the state’s largest operator in 2018. On the solar power side in Tamil Nadu, curtailment reached as high as 100 percent on certain days in 2017, although state regulations have subsequently been passed to limit curtailment from solar pants.

Moreover, some states have reached power surpluses at times due to a surge in power generation assets, but the assets need to be managed efficiently, as state governments want to both ensure their energy security and make money to recuperate costs (or sell to neighbors ). Currently, the rubber meets the road in terms of power distribution within India at state load dispatch centers (SLDCs) and regional load dispatch centers (RLDCs). Load dispatch centers should be aided in the effort of efficiently integrating renewable generated power into the grid via newly planned collocated Renewable Energy Management Centers (REMCs) modeled after European systems to provide more robust renewable energy forecasting, scheduling, and monitoring capabilities. These centers, established as part of the Green Energy Corridor, an eight-state partnership focused on increasing intra- and interstate transmission for renewable energy, would benefit from the granular and advanced forecasting that machine learning tools can offer.

In addition, leaders of India’s states widely support developing additional storage to make managing their power needs more achievable and reduce the effects of curtailment. Wind and solar power can be used to charge large-scale batteries (including pumped storage) that in turn can be used as on-demand power sources. Storing renewable energy into batteries for future use requires significant upfront planning and investment on its own, and AI tools can enhance its efficacy. Currently, only one battery storage pilot is active outside Delhi, operated by Tata Power Delhi Distribution Limited and developed in collaboration with AES and Mitsubishi, but other pilot efforts for battery storage are planned, including in Andhra Pradesh. There are, however, several pumped storage sites in India, including in the states of West Bengal, Maharashtra, Andhra Pradesh, and Tamil Nadu, and several more are being planned or under construction.

Maximizing optimization in each of these areas for renewables, however, currently requires detailed prior planning and/or intensive monitoring. This is a clear focus for many Indian states. For example, the Gujarat Electricity Regulation Commission recently announced new regulations that permit day-ahead and intra-day scheduling changes for renewables—up to 9 times a day for solar generators and up to 16 times a day for wind generators. With this, Gujarat has joined Maharashtra, Uttar Pradesh, Punjab, Telangana, Haryana, Andhra Pradesh, Gujarat, Tamil Nadu, and Meghalaya in issuing regulations for the forecasting, scheduling, and deviation settlement for solar and wind generation.

Bring on the Narrow AI

Machine learning tools, including deep learning applications, can process large datasets of past weather, generation output history, and operational electricity requirements in specific locations. These machine learning applications offer potential solutions for forecasting and scheduling that would allow states and specifically SLDCs to better manage their renewable (and non-renewable) power load and in turn their entire electricity grids.

There are projects underway now in the United States and Europe that have made progress in AI-based applications for real-time and short-term predictive modeling using machine learning techniques. Deepmind, a subsidiary of Google, has leveraged machine learning algorithms via a neural network to process local weather data and historical wind turbine output for 700 megawatts (MW) of wind power capacity in the central United States. This allowed Deepmind to optimally manage hourly power delivery commitments a day in advance—claiming to boost the value of their wind turbine output “by roughly 20 percent.” In a similar vein, the firm Ayata offers predictive technology software for wind and solar power applications using AI programs. The European software firm Peltarion has also developed an AI cloud-based predictive software (Deep Weather) for weather and energy grid management and applied it for the Swedish energy group Tekniska verken. Researchers at the Department of Energy’s Argonne National Laboratory are building machine learning programs along the same lines to make the U.S. electric grid smarter. While these applications are still in the nascent stage, they show tremendous promise and potential savings to consumers and utilities.

Machine learning based applications for renewables are not limited to load management and forecasting—they can also aid in maintenance and remote equipment monitoring. In the United States, a number of utility companies claim to utilize machine learning from companies such as SpaceTimeInsight to monitor equipment to reduce wind turbine failure rates and shape maintenance schedules to reduce costs. In addition, AI researchers at the Thapar Institute of Engineering and Technology of Punjab developed a program that can predict when solar photovoltaic (PV) panels will require maintenance before their performance deteriorates. PV maintenance and reliability is a big issue in India—a study in Energy & Environmental Science showed that in Delhi over a two period, “average annual attenuation of solar panel output was about 12 percent” due to air pollution leading to as much as $20 million in lost revenue per year.

On the hardware side, these forecasting services utilize AI chips, including field programmable grid arrays and application specific integrated circuits, or ASICs, which are of bespoke design for the machine learning tasks at hand, maximizing the efficiency in which the programs can be trained. And the datasets required to train these applications—weather data in a specific location and solar/wind generation history—are becoming more readily available as renewable energy operators track temperature, barometric pressure, precipitation, output, and numerous other variables in routine course of their operation as they are weather dependent. Existing monitoring requirements in India for grid stability also provide a natural platform for grid management data if it is saved digitally and curated properly.

In the Center for Strategic and International Studies’ recent survey of state power distributors, only two states, Tamil Nadu and Gujarat, prioritized predictive load balancing. Yet the takeaways for India’s states are multifold. India’s state power regulators and utilities should explore adoption of machine learning based predictive management and require companies to demonstrate the efficiency of their applications through pilot projects at select SLDCs and REMCs. There are already Indian firms in this space utilizing machine learning like Climate Connect that could be considered.

States should pass legislation requiring that discoms save and archive renewable generation and transmission data so that it can be analyzed in future machine learning applications to reduce cost (this data provides grist for the machine learning mill). They should also analyze any gaps in the data they are currently collecting, for example on transmission network weaknesses.

State-owned utilities should also explore the use of sensor networks and machine learning applications in remote monitoring for reducing equipment failure and maintenance costs. This will serve a double benefit for India’s newly expanded service network— part of the universal electrification scheme, “Saubhagya.”

Finally, states and the central government should explore opportunities for engagement with the United States, including utility to utility partnerships that share the similar scope of renewables in their power mix where U.S. firms are using AI or connecting SLDCs to U.S. utilities that service cross-state, areas such as Xcel Energy. Facilitation of deeper engagement on machine learning in the power sector between U.S. and Indian universities and the U.S. Department of Energy labs through a “power and energy efficiency pillar” under the new U.S.-India Strategic Energy Partnership might be one way to put this into action.

In the long term, if machine learning proves an effective tool for India’s grid management, the wider adoption and implementation of these technologies will likely lower the cost of renewables and maximize efficiency by reducing renewable energy curtailment.

Jeffrey D. Bean is editor of the CogitASIA blog at CSIS. Kartikeya Singh is senior fellow and deputy director of the Wadhwani Chair in U.S.-India Policy Studies and senior fellow with the Energy & National Security Program at the Center for Strategic and International Studies (CSIS) in Washington, D.C. 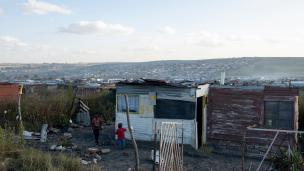