Partnership 2020: Leveraging US-India Cooperation in Higher Education to Harness Economic Opportunities and Innovation is a project funded by the U.S. Department of State and executed by the University of Nebraska at Omaha (UNO), with the Center for Strategic and International Studies (CSIS) playing a key advisory role. It is a three-year project with most of the activities taking place in 2019, 2020, and 2021.

This quarterly newsletter serves as a way for college and university leaders, U.S. and Indian policymakers, and other relevant stakeholders to receive updates on Partnership 2020 work, new funding opportunities, policies, employment opportunities, and best practices in higher education partnerships.

In every edition we feature an article from a higher education leader explaining how they launched a U.S.-India partnership and what they are doing now. This edition's piece is by Dr. David Dumke, executive director of the University of Central Florida’s Office of Global Perspectives and International Initiatives.

In 2018, the University of Central Florida (UCF) signed its first memorandum of understanding (MoU) with an Indian state. The MoU was the result of UCF participation in a U.S. Department of State-funded CSIS subnational dialogue held in New Delhi. This initial engagement led to visits to Orlando by CSIS and, eventually, Madhya Pradesh state’s principal secretary for urban development and housing, Vivek Aggarwal. Aggarwal met with a variety of stakeholders—faculty, researchers, members of the business community, and government officials, a feat attributable to CSIS’s unique matchmaking skills that paired UCF with Madhya Pradesh based on mutual needs and capabilities.

Per the MoU, and at the invitation of the Madhya Pradesh chief minister, Provost Michael Johnson led a UCF delegation to Indore and Bhopal in October 2018. After spending one week on the ground, the delegation proposed to conduct a smart city workshop in Bhopal, with the ultimate aim of creating a permanent UCF-led research cell that would support Madhya Pradesh’s smart cities. This cell, supported by the India Center, would include UCF faculty members from multiple colleges.

In 2019, 10 members of UCF faculty visited Bhopal for a UCF-Madhya Pradesh smart city workshop. With the support of the chief minister and principal secretary Ajit Dubey, UCF faculty and Madhya Pradesh officials identified and developed 13 proposals for projects in a variety of areas, ranging from smart tourism to entrepreneurship and solar energy. Work was to begin on four initial projects in 2020; however, the Covid-19 pandemic has delayed this partnership for the time being.

Additionally, UCF has forged ties with five Madhya Pradesh-based universities, who will work jointly on smart city projects. The state has seen significant economic growth over the past two decades and is hungry for partnerships. The Modi government champions smart city initiatives, and Madhya Pradesh has become a leader in this area, with seven cities designated as smart cities thus far. The scope and scale are impressive, with each city connecting infrastructure, economic development, energy, waste control, transportation, water use, and tourism. UCF has the capabilities Madhya Pradesh needs—in water, energy, transportation, tourism, ecology, and policy assessment. UCF stands to benefit from this interaction not just by conducting notable research, but by cultivating ties in all areas, including culture and business.

What: A Deep Dive into a Bi-national Project

In every edition we highlight a particular binational project and its current or planned outcomes. This edition's piece is by Dr. Elise Auerbach, U.S. director at the American Institute of Indian Studies.

The American Institute of Indian Studies (AIIS), a U.S. overseas research center, was formed to further the knowledge of India in the United States by supporting U.S. scholarship on India. AIIS programs foster the production of, and engagement with, scholarship on India while promoting and advancing mutual understanding between Indian and U.S. citizens.

One of AIIS’s projects is the U.S.-India professional collaboration initiative, created to share U.S. and Indian best practices in museum curation and exhibition development. The first program that grew out of this initiative was an All India Museum Summit held in New Delhi in July 2019 with financial support from the U.S. Embassy in India. The program convened museum professionals, including curators, administrators, and conservationists, as well as supporters and educators, to consider ways to enrich the roles that museums play in the lives of Indian people and the means for building institutional capacities to manage collections and resources. This summit resulted in a white paper presented to the Indian Ministry of Culture in November 2019, which aims to serve as a review of the status of Indian museums and their local and global impact. 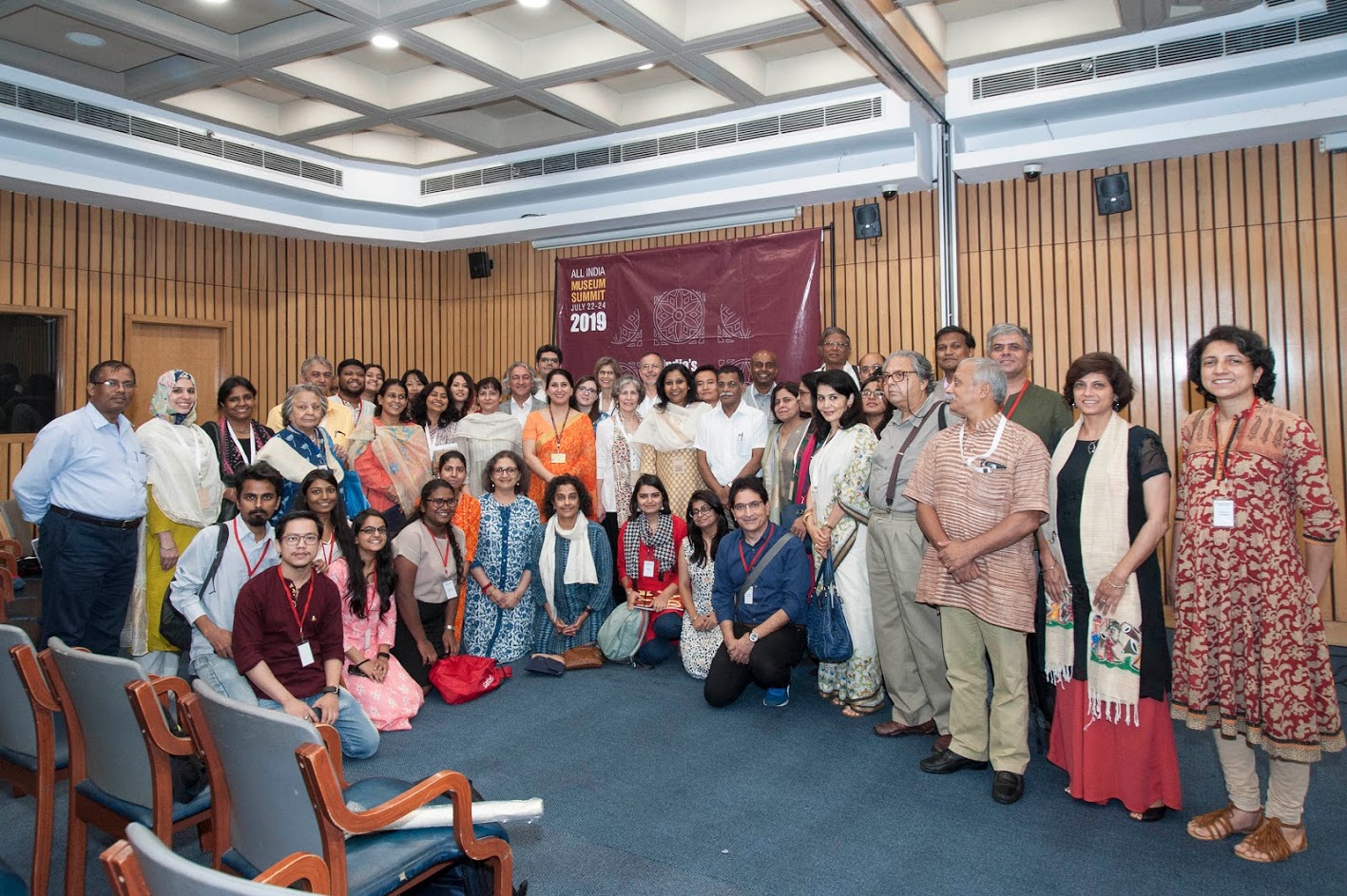 
Based on the recommendations of the white paper, the AIIS Center for Art & Archaeology organized two five-day virtual workshops. The first one, called Strengthening US-India Professional Collaboration: 5-Day Virtual Workshop on Museum Curation, was held in August 2020, with grant support from the Public Affairs Section of the U.S. Embassy in India. After a robust response to the initial announcement, 15 participants were selected for the workshop from an equity and inclusion perspective. The participants hold curatorial positions across India and represent both public and private institutions or are independent curators. Participants submitted their exhibitions with the final (virtual) exhibition made live by the end of 2020.

The second workshop, on Museum Collections and Visitor Engagement, was held in late November/early December 2020. Fifteen participants holding curatorial and outreach positions in Indian public and private institutions were chosen from 113 applicants. During the workshop, they learned about documentation and digitization of collections, preventive conservation, and the conceptualization and execution of exhibitions, as well as visitor experience and public engagement. All participants created a visitor experience program at the end of the workshop.