The winds of change are once again blowing in Venezuela. The recent announcement of Hugo Chavez’s passing has opened up a host of questions about the future leadership of Venezuela and the potential impact this leadership transition could have on Venezuelan oil production and global oil markets.

Venezuela is one of the largest oil and natural gas resource holders in the world. It is among the world’s largest oil producers (13th) and exporters (10th) and has historically been one of the United States’ largest sources of oil imports (4th behind Canada, Saudi Arabia and Mexico). Ever since the failed coup and the subsequent strike that brought about a short collapse in oil production in 2002, followed by nationalization of the oil sector, onlookers have been waiting for indications that the regime’s approach to energy production would either fail once and for all or that some political change would bring about reform and rejuvenation of the energy sector. A political transition in Venezuela is now upon us but how it evolves could mean a lot for the energy sector and global energy markets.

Despite its enormous oil resources, Venezuela's oil production (regardless of whose figures you use) has long been in steady decline. In 2011 liquids production was 2.47 million barrels per day (mmbd) , down a million barrels per day since 1999. Some of this is reflects the changing cost and economics of Venezuelan oil production but field decline is significant and expertise and reinvestment are questionable and looking harder to come by. The internal technical and managerial capabilities of state run oil and gas company PDVSA have deteriorated since the 2002 strike and aftermath. Increasingly, PDVSA relies on contractors, as well as other private company partners, to keep the fields in production but reports state that contractors have not been paid in months and that the political uncertainty in the country has even driven routine decision making to a halt.

The sustained political uncertainty has also slowed investment; Russian and Indian companies were planning to invest in Venezuela's oil fields but so far have withheld incremental new money. China has not announced a new line of credit or extensions on its development-linked financing since last April.

At the same time that production is dropping, highly subsidized domestic consumption of oil is increasing while revenue from exports is also declining. The United States remains the largest recipient of Venezuelan oil exports at 950,000 barrels per day in 2011, roughly 40 percent, plus another 185,000 barrels per day from the Caribbean that was Venezuelan sourced but those volumes area down as U.S. demand has declined and other crudes have become available. Venezuela's next largest export destinations are the Caribbean (31 percent) and then China (around 10 percent). Venezuela sells to many of its Caribbean neighbors at below market rates due to extremely preferential financing relationships, including additional heavy subsidies for Cuban exports. All of this culminates in an outlook for continued decline in oil production and a worsening economic outlook for Venezuela during a politically difficult time.

However, conventional wisdom argues that maintaining oil production is in the interest of any regime. Revenue from oil production is such a large part of Venezuela’s government balance sheet that no leadership could survive for long without a sustained cash flow that oil exports bring. The converse of this argument is that revenues generated by the energy sector are such an important source of power and influence in Venezuela that there is potential for infighting over control of the sector. Moreover, the potential for strikes or instability among groups involved in the sector (some of whom have not been paid) could have additional negative impacts on production.

While oil markets have so far taken the news of Chavez’s demise in stride (many claim because the news was largely expected, others because the political outcome is still so uncertain) an actual disruption in Venezuelan production could add pressure to an already difficult market outlook. The last year has produced a number of supply disruptions around the world from OPEC, the Middle East North Africa region, as well as non-OPEC sources. If the economic outlook continues to improve and yield an increase global energy demand, if Iran sanctions remain in place, and if Venezuelan production be compromised, then oil prices would experience much more significant upside pressure from any new disruptions.

Even under the best of circumstances, reform in the energy sector will take a long time to emerge. The damage that has been done to not only PDVSA but to the institutions of the state and civil society could take years to rehabilitate. A few key reasons for this include:

What about Venezuela’s relationship with the United States? Over the last ten years the sustained trading relationship between the United States and Venezuela has been one of the stabilizing forces in an otherwise contentious and sometimes volatile relationship. U.S. refineries in the Gulf Coast are specifically designed to process Venezuela’s sour and medium to heavy crude and serves as its natural market. Despite oil production being down, the United States still imports just under a million barrels of crude per day from Venezuela (down from a peak of 1.4 mmbd in 1997) and, as stated earlier, the government of Venezuela is highly dependent on those revenues for their ongoing stability, especially as revenue from other exports and domestic consumption decline. As we look ahead to another period of transition in Venezuela it is important to be mindful of the potential for disruption and to look for ways to mitigate the impacts of such disruption, but it is equally important to remember the trade ties that bind the two countries for the time being and to find opportunities to drive change in a positive direction.

Time may be limited in this regard because the U.S. domestic production outlook is changing thanks to tight oil development in the United States and the influx of Canadian oil sands, both of which are giving U.S. refiners more options in terms of the crudes they use and more decisions to make about how they want to configure their refineries going forward. A future in which Venezuela is no longer as competitive in its natural market in the United States would change the outlook for Venezuelan crude marketing decisions.

The long-term outlook for Venezuela’s continued oil market production is changing both in commercial and political terms. The situation has looked unsustainable for a long period of time but has managed to persist longer than most people though it would. Only time will tell if the upcoming leadership changes will bring a new chapter for Venezuela.

Sarah O. Ladislaw is co-director and senior fellow with the Energy and National Security Program at the Center for Strategic and International Studies (CSIS) in Washington, D.C. Frank Verrastro is senior vice president and James R. Schlesinger Chair for Energy & Geopolitics at CSIS. 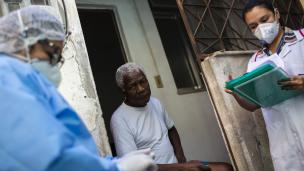 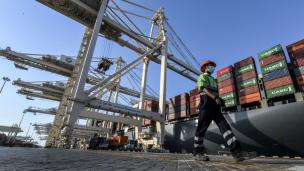 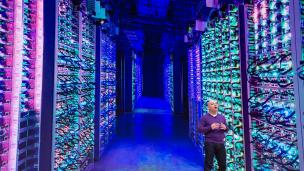