Preserve the Reserve: Why Congress Should Refrain from Tapping the SPR for Revenue!

Last Wednesday, the House of Representatives adopted the Bipartisan Budget Act of 2015. Early Friday morning, the Senate followed suit. Passage of the measure generates revenue to allow an increase in the debt ceiling (to next March) and fund the federal budget through FY2017, in part by selling oil (over the next 10 years) from the Strategic Petroleum Reserve (SPR). Adoption of the bill also averts/reduces the likelihood of a government shutdown—at least for now. The president signed the budget bill into law earlier this week.

The Budget Act is not the first piece of legislation that looks to the SPR stockpile as a source of potential revenues. Earlier this year, the House overwhelmingly adopted the 21st Century Cures Act, which proposed selling 80 million barrels of oil to raise some $7 billion for drug research. This summer, the Senate adopted the DRIVE Act, which proposed to raise some $9 billion for highway funding by selling an additional 101 million barrels of oil. The Congressional Budget Office (CBO) estimates that the Budget Act will generate some $5 billion for general revenues and possibly an additional $2 billion that would go to fund needed maintenance and modernization of the reserve facilities and operations. Were all of these bills to be enacted as written, the projected sales would cumulatively reduce the current reserve from some 695 million barrels to somewhere in the neighborhood of between 416 and 431 million barrels.

And while 430 plus million barrels is a sizeable sum, and still (narrowly) exceeds the 90 days of net petroleum imports required under the International Energy Agency treaty, it is below the 530 million barrel statutory minimum the nation is required to keep to enable full capabilities to safeguard against supply disruptions/shocks. It also represents a classic and all too frequent example of (possibly unwisely) borrowing from the future to meet current political imperatives.

As indicated above, the budget agreement authorizes the Department of Energy to sell additional oil from the SPR to fund much needed maintenance and upgrading of the reserve facilities and supporting infrastructure necessary to allow the SPR to function as originally envisioned. The administration has raised this issue repeatedly, but regrettably, absent inclusion in the budget bill, the department was unlikely to have secured such funding through the normal appropriations process. We recognize that the strategic reserve is often viewed as a budgetary “soft target” as it lacks an active political constituency. That said, however, the penchant for Congress to continue to draw down the SPR to raise revenue for budgetary expediency and pet projects is both short sighted and fundamentally flawed policy.

Given expected budget constraints going forward—at least in the current political climate—we are unlikely to easily find funds to replenish those stocks, and oil prices seem much more likely to increase than decrease in the not too distant future. It is also a terrible precedent to dip into the oil till so easily to find politically “painless” ways to pay for current excesses while mortgaging our security future. A formal review to evaluate the strategic petroleum stockpile needs in light of changing oil market dynamics is already underway. To presuppose the outcome of that analysis is unwise and undisciplined and sends confusing signals to both our partners and adversaries.

The recent spate of bills that look to sell down the SPR is a product of a dysfunctional budgeting process and conveys the false sense of complacency shared by many lawmakers with regard to oil supply security. Oil demand has grown recently in this country, spurred on by what appears to be a combination of economic activity and lower prices. The price crash has caused rig activity to collapse and is moderating the growth in domestic production, stifling new investment and putting producers at risk. Persistently low prices, while helpful to consumers in the short run, will invariably have an adverse impact on future supply growth. And from an energy security perspective, the primary focus of the SPR’s creation, it would be hard to argue that the world has gotten safer.

As circumstances change and technologies improve, we should clearly be open to reevaluating old policies, including rules governing oil exports, safety and environmental regulations, as well as those related to the size, composition, and use of the SPR. But we need to do so cautiously and with a heavy dose of humility.

Short-term phenomena as dramatic as recent U.S. supply gains may seem like they will last forever, but neither the long-term history of resource extraction nor the recent history of commodity prices supports this conclusion. Within the last 10 years, competent statistical agencies and respected analysts who projected an intractable decline in U.S. crude oil production and assessed an incontrovertible need for large-scale liquefied natural gas (LNG) imports turned out to be wrong. The duration and scale of today’s supply surge could prove equally hard to gauge, especially in a volatile price environment.

A significant supply disruption from weather, sabotage, technical or planned outages anywhere in the world begets a price increase everywhere in the world, regardless of one’s individual dependency on foreign sourced supply. Energy Secretary Ernest Moniz has repeatedly made this very point. And spikes in oil prices, as we have often seen, can inflict enormous damage on the national and global economies.

The SPR was created in the aftermath of the 1973–1974 Arab embargo as a strategic counterweight to the then-powerful Organization of Petroleum Exporting Countries (OPEC). A central concern among policymakers at the time was the threat from growing reliance on insecure import sources, that could disrupt the flow of petroleum to the United States and its allies and cause economic damage everywhere. Congress authorized the construction of the SPR as part of the 1975 Energy Policy and Conservation Act (EPCA), and some of the facilities are now decades old and in need of funding to maintain, repair, and upgrade.

Thanks in large part to technology and operational advances in hydraulic fracturing and horizontal drilling, and improvements in drilling efficiency, U.S. oil and gas production has enjoyed a remarkable resurgence. Import levels are down, and trade balances are vastly improved.

Complacency and political expediency, however, do not justify dismantling or jeopardizing a national asset as strategic as the SPR. The reserve, after all, is a strategic asset and is both an insurance policy and a deterrent against any entity that might want to disrupt global oil supply. It not only reduces the pain of a targeted cutoff, but it can also subvert the economic upside for producers who might seek to drive prices up by purposefully withholding supply in a time of shortage. In this context, we would argue that size matters. And while the budget deal explicitly relies on statutory language to ensure that the reserve retains a minimum of 530 million barrels of oil, it is unclear whether other legislation would seek to further erode this level, consequently jeopardizing both operational capabilities and the ability of the reserve to offset impactful disruptions.

As we look around the world today, we would urge policymakers to err on the side of prudence and caution. A substantial amount of oil production is currently offline in places like Yemen, Syria, Sudan, Libya, Nigeria, Iraq, and Colombia, just to name a few locations. Tomorrow, who knows?

We support a vigorous debate on the appropriate size, composition, disposition/usage of the SPR, but we should have this debate before we undertake additional piecemeal changes in the size or use of these strategic stocks. Defense and national security planners and policymakers have argued this point in the case of military and defense capabilities, including the size of our naval fleet, the number of army divisions, or our air force squadrons. For energy security, the Strategic Petroleum Reserve should be afforded similar consideration.

This Commentary is produced by the Center for Strategic and International Studies (CSIS), a private, tax-exempt institution focusing on international public policy issues. Its research is nonpartisan and nonproprietary. CSIS does not take specific policy positions. Accordingly, all views, positions, and conclusions expressed in this publication should be understood to be solely those of the author(s). 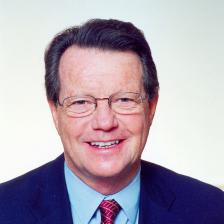