Preventing a Crisis with North Korea

More likely than not, the Joe Biden administration will have a North Korea crisis on its hands within its first year. CSIS data show that North Korea conducts more missile and nuclear provocations in U.S. presidential transition years. Less than three months after President Barack Obama took office, North Korea launched a long-range rocket, and six weeks after that conducted a nuclear test. Three weeks after President Donald Trump’s inauguration, North Korea launched a medium-range ballistic missile in February 2017 and later carried out a hydrogen bomb test. President-elect Biden early on will need to identify a strategy that uses the full spectrum of diplomacy and coercion to prevent the North’s acquisition of a survivable nuclear force, bolster deterrence and defensive capabilities, and stop the most threatening elements of the program.

Here is the first rule of denuclearization strategy: don’t choose a policy that increases North Korea’s nuclear capabilities. But that is exactly what has happened under recent administrations. North Korea now has amassed roughly 20-30 nuclear warheads and in the last three decades has carried out over 100 ballistic missile tests. Denuclearization is not a near-term possibility, and insisting on it as a precondition for talking (former national security adviser John Bolton’s Libya model) is a fool’s errand.

Obama’s “strategic patience” policy, aimed at waiting the North Koreans out under the pressure of sanctions, did not work. It led to 61 missile tests during his two terms. Trump’s “fire-and-fury” threats of war in 2017 led to 20 ballistic missile tests. His shift to summit diplomacy and “bromance” with North Korean leader Kim Jong-un did not work either—North Korea has conducted 30 ballistic missile tests since the Trump-Kim Hanoi summit in February 2019, paraded two massive new sea- and ground-based long-range ballistic missiles in October, and continues to churn out untold amounts of fissile material. Biden must do as former secretary of defense William Perry once counseled decades ago—deal with North Korea as it is, rather than as we wish it to be.

Practically speaking, the first priority is to reign in a runaway program with a verifiable freeze of North Korean nuclear operations in return for limited sanctions relief (with snapback provisions). Additional stabilization measures would be needed to stop fissile material production. It would not be particularly hard for Biden in 2021 to negotiate an initial freeze of all nuclear operations in and around the Yongbyon nuclear complex. The advantage of this approach, versus the “big-bang deal” of the weapons for the sanctions that Trump failed to achieve in Hanoi, is that mini-deals are easier to negotiate and sell domestically because they require smaller upfront payments on both sides. This strategy would also gain the support of China, South Korea, and Japan. However, the problem with this approach historically is that after the freeze is attained, North Korea refuses to provide a verifiable declaration of its nuclear and missile inventory.

The administration might shift the terms of negotiation at this point to something not tried by past governments. The 2005 six-party talks agreement during the George W. Bush administration and Trump’s Singapore summit each referenced “new relationships” but never sought early results. The reality is that without a fundamental transformation in political relations, nuclear negotiations will remain mired in the tit-for-tat deals of the past that are likely to eventually collapse.

Instead, the United States should follow a freeze with a shift to “new relationship” talks. These could lay out a path to more normal relations between the two countries, including a peace declaration, improving human rights, security assurances, and a no-transfer pledge. This transformation of political relations could change the distrustful environment into one in which Washington and Pyongyang could together negotiate new denuclearization steps, including a verifiable declaration.

Such an approach would avoid front-loading predictable sticking points in nuclear negotiations while verifiably capping North Korea's program. The human rights element of the policy would align with U.S. values and be non-controversial with Congress, and a North Korean concession in this area might constitute a credible signal of its intentions. The South Korean and Chinese governments would support pursuing a peace declaration as part of a political settlement but would balk at pushing North Korea too hard on human rights.

After laying out the roadmap for political relations, the negotiations might then shift back to a long-term framework for North Korea’s abandonment of all nuclear weapons, focusing on threat reduction or arms control in the interim. The focus would be on containing the weapons program, including minimizing the chances of inadvertent use, nuclear proliferation, and nuclear leakage, as well as a test ban and agreement to limit the range and payload of missiles. This approach would be favored by those who think the United States should focus on practical goals to contain the threat rather than allow unimpeded growth of the weapons program. Biden would have to frame these agreements as interim steps on the path to a verifiable denuclearization to avert criticism that the United States has resigned itself to accepting a nuclear North Korea. While China and South Korea would accept this approach, Japan might be ambivalent if the strategy suggests a de facto acceptance of North Korea as a nuclear weapons state.

Last, an engagement strategy is most effective if it is backed by strength. In pressing forward, Biden should correct several mistakes made in the past. First, he must improve nuclear deterrence and missile defense capabilities, including negotiating early defense cost-sharing agreements with South Korea and Japan, reinstating military exercises, and expanding intelligence cooperation. Second, an engagement strategy must retain tough sanctions if North Korea does not commit to the denuclearization path. Third, Biden should never render vulnerable alliance equities (e.g., troops or military readiness exercises) in negotiations without advance consultations with Seoul and Tokyo.

Critics will demand unconditional denuclearization like the Libya model, but this is not realistic given the size of the North Korean program, nor is it supported by countries in the region (except maybe Japan). Summitry should be left open as a possibility, and Biden should pocket Kim’s denuclearization commitment to Trump in Singapore, but more summits make no sense absent the substantive steps outlined above. As unpalatable as this strategy may sound, previous ones have not worked. Moreover, the absence of a strategy promises North Korea will perfect its ability to hit the United States with a nuclear missile. Integrating what has worked before with some new elements may be the least worst choice in a land of lousy options.

Victor Cha is senior adviser and holds the Korea Chair at the Center for Strategic and International Studies in Washington, D.C.,and is professor of government and vice dean at Georgetown University. 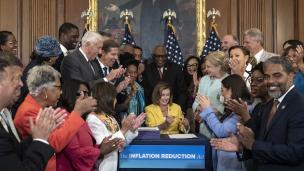 Seeking a “Win-Win” Solution on the Inflation Reduction Act for Korea
By Victor Cha
December 6, 2022
Newsletter 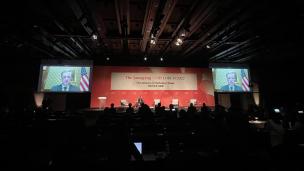 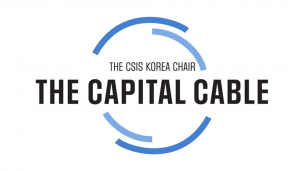 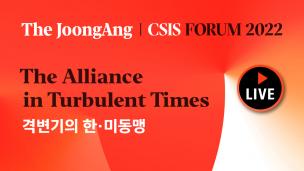 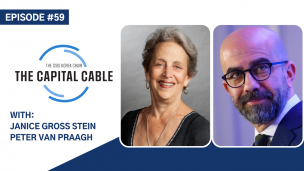