A Puzzle of Rising Coal Power Capacity in China

China embarked on a highly visible effort of addressing the twin problems of air pollution and climate change when President Xi Jinping announced in November 2014 that the country would reach peak carbon emissions by 2030. One key focus has been on how to control the use of coal in its power generation and industrial activities. The 13th Five-Year Plan (FYP), covering 2016–2020 and released in spring 2016, put forward major economic targets and a list of nonquantitative goals that provide the overall direction for individual fuels that will together help reduce coal use. A major question, however, has been whether or not China will continue to focus on the key drivers behind climate change and air pollution reform measures in the face of sluggish economic growth and the temptation to use cheap coal resources and energy intensive economic activity to stimulate growth. The 13th FYP for the electricity sector, released last month, offers some details about how China views these challenges as they relate to electric power and acknowledges that coal capacity will increase. The plan underscores the challenge of shifting electricity supply mix, as well as the staying power of coal in the largest carbon emitting country in the world.

Several targets in the 13th FYP for electricity warrant particular attention. First and foremost, the plan states that installed capacity for coal power generation will rise by 200 gigawatts (GW), to 1,100 GW—roughly a 20 percent rise—by 2020. To give a sense of scale, this increment of growth in coal-fired power generation capacity is more than the total installed solar photovaltaic capacity in the world through 2014. Even if the share of coal in the power supply mix remains on track to decline by 10 percentage points by 2020, the rise in generation capacity is likely to complicate the country’s ability to achieve the carbon emissions peak by 2030.

Second, the plan moderated China’s targets for wind and solar power capacity out to 2020 from the levels suggested earlier by the government. Under the 13th FYP, wind capacity will grow by 1.4 times to 210 GW, and solar capacity will grow by 2.5 times to 110 GW through 2020; the growth previously suggested for the same time period was 1.7 times for wind and 3.5 times for solar. The official targets are believed to reflect the government effort to prevent overcapacity in wind and solar sectors , as well as a recognition of continued challenges associated with renewables integration in the distribution and transmission system.

These adjustments, however, do not necessarily signal that China would disavow its commitment to cap its emissions by 2030. China for the first time issued an official target for reducing PM 2.5 [fine particulate matter] particles under the 13th Five-Year Plan: an 18 percent reduction in areas that exceed 35 micrograms per cubic meter (μg/m3). This threshold is higher than the World Health Organization guidelines of 25 μg/m3 but lower than the daily average of 75 μg/m3 in China. Air pollution from carbon emissions has grown to become a problem too large for the Chinese government to ignore. China has several other policies and measures in place to mitigate local air pollution issues and may come to rely on them more heavily, including greater efforts to enforce them.

Capping emissions is a difficult and sensitive task as the Chinese authorities strive to balance multiple interests. On one hand, public frustration continues to rise in light of the severe air pollution. Just last week, nearly two dozen cities, including Beijing, declared a “red alert”—the highest in the four-tier system of air quality warning introduced in 2013 . In affected cities, residents were ordered to stay indoors, vehicles off the roads, schools shut, and construction suspended in response. Moreover, the red alert appears to have triggered the first-ever administrative lawsuit by Chinese lawyers against the government for failure to implement its own environmental laws .

On the other hand, local and industrial interests—and not the electricity demand—appear to keep fueling the expansion of coal power capacity. The concern for local employment and growth in gross domestic product is likely to be behind the expansion despite the slowdown in power consumption growth and weak utilization rates in the thermal power sector. Additionally, the competition for market share by state-owned enterprises that traditionally prefer infrastructure investment compounds the challenge.

The rise in coal power capacity also does not necessarily indicate that China will become less involved in the global effort to address climate change. In fact, China may further embrace its leadership role in the global climate dialogue, given that the United States is expected to pull back from that role over the next four years just as China seeks to raise its global profile commensurate with its economic wealth. Chinese leadership on climate change would stand in stark contrast to the last decade when the country viewed climate change and the international framework to address the challenge as something manufactured by the United States with the deliberate aim of undermining China’s economic growth. But it is a transition China has already started to make over the last several years in partnership with the United States and Europe. While meeting its domestic energy and emissions targets and goals is part of that leadership role, so is investing in and manufacturing renewables, executing a successful carbon trading system, and growing the green finance market.

How China navigates this challenge has as significant implications for the government’s ability to steer its economic reform as its ability to address environmental and climate challenges.

Jane Nakano is a senior fellow with the Energy and National Security Program at the Center for Strategic and International Studies in Washington, D.C. 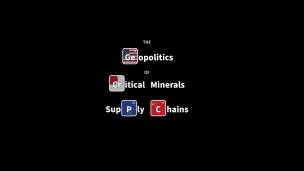 Japan Seeks Carbon Neutrality by 2050
By Jane Nakano
November 2, 2020
View all content by this expert