Quarantine Is Not One Size Fits All: The Case of Mexico

As Covid-19 spreads across the globe, government officials are confronted with the daunting task of figuring out how to apply social distancing and quarantine strategies to their specific populations. One size does not fit all, and the version of these policies that worked in Wuhan, China, might not be feasible or have the same result in Spain or the United States. Even more daunting is applying forms of quarantine to societies with large portions of the population living in poverty, dependent on the informal market for subsistence, or deeply distrustful of the government. Here we can appreciate a spectrum: from the case of Brazil, where President Jair Bolsonaro is an outspoken critic of any form of quarantine, to India, where Prime Minister Narendra Modi announced a total lockdown of the country for 21 days, which he extended until May. In between these two extremes, we have the case of Mexico, what could be referred to as a “gradual” form of quarantine. We will see over the coming weeks which of these three versions nets the best results—from the number of victims to the severity of the impact on the economy.

Let us focus on the case of Mexico, which is likely to be the most successful of the three if it is able to translate the theory behind its proposed version of quarantine into practice. Similar to Brazil and India, Mexico is a developing country, where despite some robust economic indicators, structural problems persist: approximately 50 percent of the population lives in poverty, and 60 percent depend on the informal workforce for subsistence. The reach and strength of Mexico’s federal government is, to put it generously, uneven, with about 40 percent of Mexico’s territory contested by organized criminal groups and in the throes of a security crisis. For all these reasons, the administration of President Andrés Manuel López Obrador and, specifically, Undersecretary of Health Hugo López-Gatell, who is at the helm of this crisis, has argued that Mexico’s social composition means that a severe form of quarantine will lose its power over time because a vast majority of people will not be able to sustain its demands. Indeed, in places such as Colombia, where more strict measures were taken, several protests from informal sector workers have erupted. In this context, it is imperative not to call for full quarantine until it is the only effective measure available, meaning in the later, not earlier, phases of contagion, as has been applied in California. The Mexican government resisted pressures to launch a full quarantine during March when nationwide cases where still in the hundreds. Now, as the country is close to entering stage three of contagion, more drastic social distancing measures are in place, including the closing of non-essential businesses. In other words, each phase calls for a different cost-benefit balance of measures, and while in an early phase the economic cost outweighed the health benefits, subsequent phases invert the balance.

What López-Gatell proposes then is that the economic structure of a country calls for different approaches to preserve the very effectiveness of interventions when the crisis gets more serious. Certainly, before stage three of contagion schools were closed, large gatherings of people were prohibited, those that could were asked to work from home, and vulnerable populations were entitled to a month of paid leave. Many of these measures were adopted relatively early compared to the confirmed number of cases and deaths. But the difficulty of shutting down, for example, the large public markets home to so much of the informal economy (possibly displacing this market activity elsewhere and away from some modicum of spatial regulation) loomed large. Sending the market underground or to the periphery carries the risk of exacerbating the problem because it hides swaths of the population from government oversight at later phases of the pandemic when it is most critical to ensure compliance. For this reason, López-Gatell aims to stem the contagion tide in Mexico in a slow, drawn-out process that will require a slew of different strategies beyond full quarantine. Put another way, Mexico does not have the luxury to adopt the European route (albeit Lopez-Gatell has argued that countries such as Spain and Italy adopted the measure too late) or the clout to force its citizens into quarantine as in China.

In addition to the reckoning with the informal sector, there is also the pragmatic reality that many individuals throughout Mexico—or India and Brazil, for that matter—would just plain balk at having the federal government come in and tell them to stay home or else risk fines, prison, or some other form of censure. Examples abound from throughout history where folks push back, often with force, at government dictates that go against what the public thinks is best or if the public sees it as an incursion into their way of lives. We are starting to see this manifested in physical and verbal attacks against medical personnel in hospitals throughout Brazil. Taking this mistrust of government authorities into consideration, along with the realities of sectors of the population that rely on daily incomes, sets up an additional factor to address: How do you get individuals who feel they have been left behind, because they are poor or live in a region ravaged by organized crime, to believe that the federal government is acting in their best interests? How can they trust that this time and on this issue, the government is good, despite so much historical evidence to the contrary? This issue has to figure into López-Gatell’s calculus—as well as any official trying to deploy such measures in the context of a weak state and developing economies. 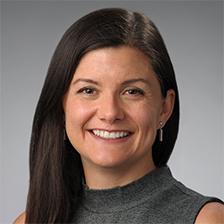 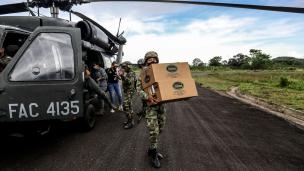 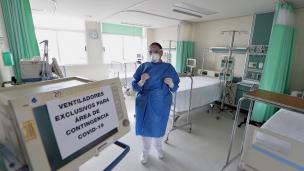 The Mexican Government's Response to Covid-19 Is Insufficient
By Gladys McCormick
April 8, 2020
Commentary 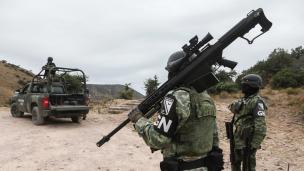 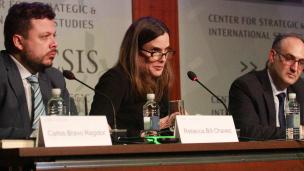