One of my favorite scenes in the movie The American President comes near the end when the president (Michael Douglas) attacks his opponent by saying the only thing he knows how to do is to make you afraid of something and then find someone to blame for it. Unfortunately, that has become a hallmark of American politics—we’re very good at blaming others for our problems—and it has certainly been a feature of the trade debate. The Scholl Chair did an event in May featuring discussion of a book, Six Faces of Globalization, which identified six different narratives about trade. Many of the narratives featured a villain—foreigners in general, China in particular, corporate elites and rich people, and so on.

Now, in an effort to simplify things for all of us, comes a new book by New York Times reporter David Gelles called The Man Who Broke Capitalism, which blames everything on one person: Jack Welch, the former CEO of General Electric, who died in 2020 (meaning no lawsuits). Gelles summarized his argument in an interview with the New York Times:

For decades after World War II, big American companies bent over backward to distribute their profits widely. In General Electric’s 1953 annual report, the company proudly talked about how much it was paying its workers, how its suppliers were benefiting and even how much it paid the government in taxes.

That changed with the ascendance of men like Jack Welch, who took over as chief executive of G.E. in 1981 and ran the company for the next two decades. Under Welch, G.E. unleashed a wave of mass layoffs and factory closures that other companies followed. The trend helped destabilize the American middle class. Profits began flowing not back to workers in the form of higher wages, but to big investors in the form of stock buybacks. And G.E. began doing everything it could to pay as little in taxes as possible.

According to Gelles, much of what happened was due to Welch’s “ferocious” ambition, competitiveness and ruthlessness, which became a model for other CEOs to follow, but it was also due to the changing philosophy about the role of business in the economy. He quotes Milton Friedman, arguably another villain: “The social responsibility of business is to increase its profits.” That statement, along with others by conservative economists, pushed corporate executives away from the goal of creating lasting companies that made high quality products and treated their workers well, and toward maximizing shareholder value measured by quarterly earnings and share price. In the new philosophy, cost-cutting was paramount, which meant workers became chattel to be exploited, taxes were something to be avoided at any cost, companies would relocate wherever in the world they could find cheaper labor and lower materials costs and would change their business models to whatever promised higher short-term returns.

The irony of that, as we are now learning, is that it was not only bad for workers but bad for companies. As Gelles points out:

Welch transformed G.E. from an industrial company with a loyal employee base into a corporation that made much of its money from its finance division and had a much more transactional relationship with its workers. That served him well during his run as C.E.O., and G.E. did become the most valuable company in the world for a time.

But in the long run, that approach doomed G.E. to failure. The company underinvested in research and development, got hooked on buying other companies to fuel its growth, and its finance division was badly exposed when the financial crisis hit. Things began to unravel almost as soon as Welch retired, and G.E. announced last year it would break itself up.

One might call that poetic justice, but the company’s downfall, which certainly hurt its shareholders, obscures the greater tragedy of the workers whose lives were changed forever for the worse and whose communities were uprooted when the factory closed.

At one level, this plays into one of the globalization narratives—that corporate elites are largely responsible for the bad things that have happened to our economy, but digging deeper suggests that this is not about trade and globalization at all—it is about corporate greed, institutional investors’ demands for immediate returns, and abandonment of the workers who are the backbone of our economy. Globalization is the result of that philosophy, not the cause, and “de-globalizing,” which is, in any event, impossible, would not address the fundamental problem of corporate executives and Wall Street investors with the wrong priorities.

When asked what to do about it, Gelles said we need to find ways “to get companies to pay a living wage, invest in their people and stop this race to the bottom with corporate taxes.” No mention of trade there.

That suggests Jack Welch’s career and the fate of General Electric are reminders that the fault is not in the stars but in ourselves. Restoration begins at home, not abroad, and trade policy is neither the cause of our problems nor the solution to them. 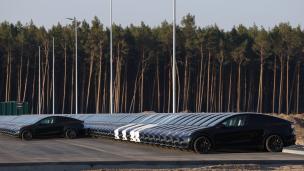 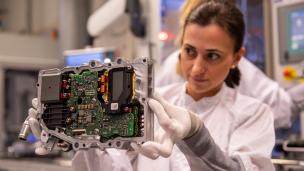 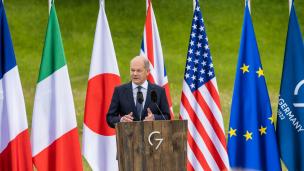